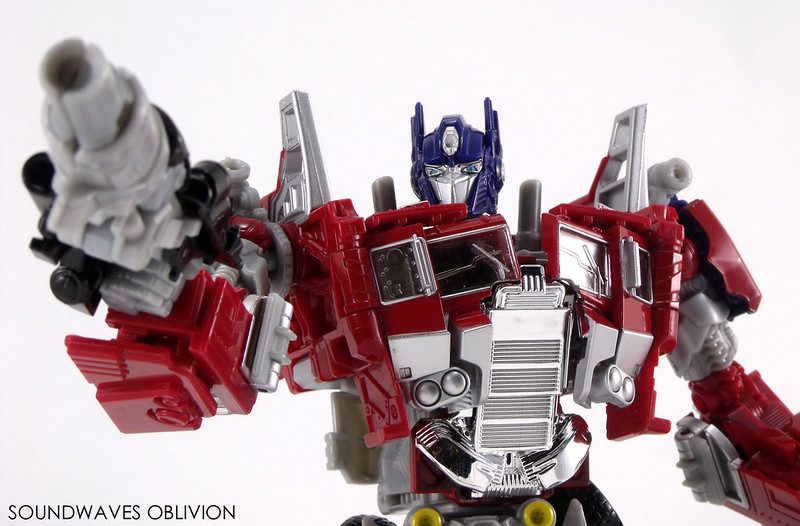 Legendary Optimus Prime was revealed at the Hong Kong Ani-Com & Games exhibition in July 2018 and was initially thought to be a repaint and minor remould of the 2014 Voyager Evasion Mode Optimus Prime until it was later confirmed to be a larger mould. The figure was released in Japan in October 2018 retailing for 6,800 Yen. 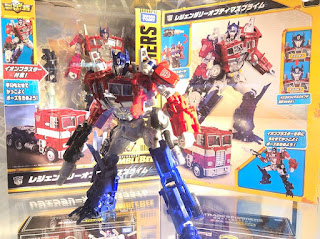 Legendary Optimus Prime is part of a very small toy line tie-in with the 2018 Bumblebee Movie (released in Japan in March 2019), as in a line of two mainline figures and three exclusive figures. Perhaps after the poor performance of The Last Knight, Takara Tomy were hesitant to mirror Hasbro's effort. Most of the main characters from the film are going to be released in the Studio Series toy line anyway. 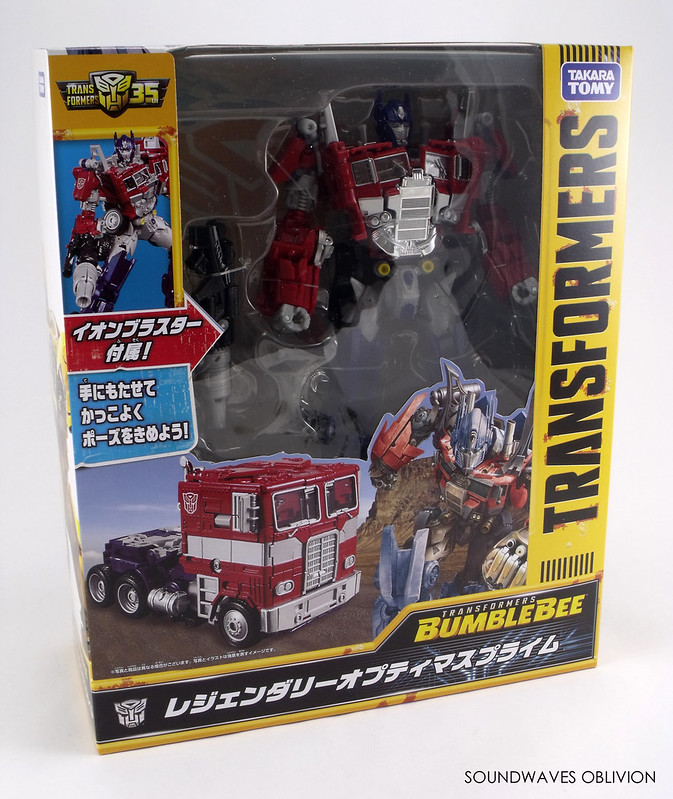 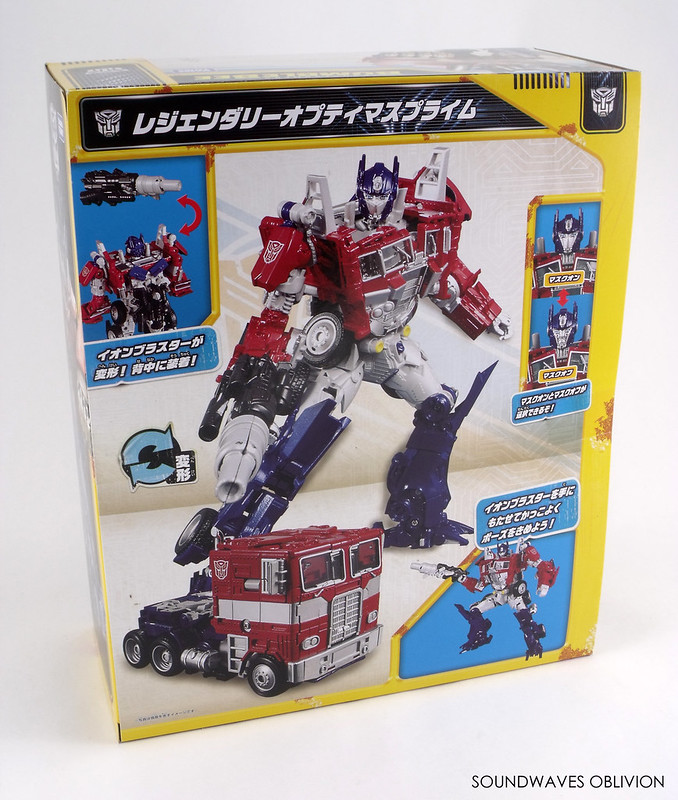 Overall, Optimus Prime is an odd release alongside the Bumblebee Movie as this is the character model from the 2014 movie Age of Extinction; the Optimus Prime from the 2018 movie was released in the Studio Series line in 2019 as a Voyager Class figure. This figure basically is an oversized version of the 2014 release, something which is usually undertaken by third party manufacturers and indeed this has already been done in 2016 with Wei Jiang's M01 Commander.

That being said it is a welcome official release as it improves over the original 2014 version. Considering Takara Tomy usually have smaller boxes for their domestic releases, Optimus Prime is swamped in this large box as it has been kept the same size as the Power Charge Bumblebee release. There are more paint applications and the red used is a deeper colour than the 2014 original resembling the original G1 version. In truck mode the figure has been made compatible with MP-10 Convoy's trailer which is a nice touch. Much like the Evasion Mode Optimus Prime the front windows of the cab do not line up which is something which could have been addressed with this new mould. The truck mode only features the one smokestack, and there was an opportunity to add a second; although this would not have been screen accurate it would have better represented the G1 vehicle mode. 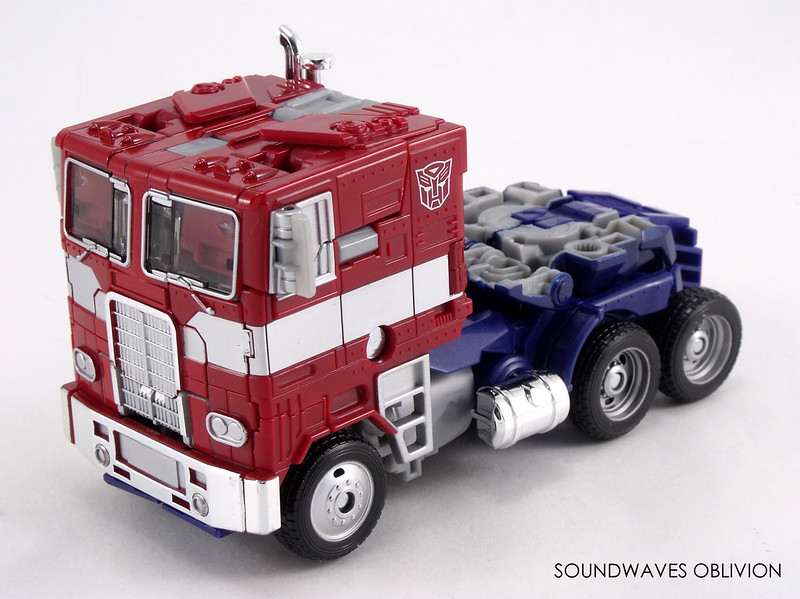 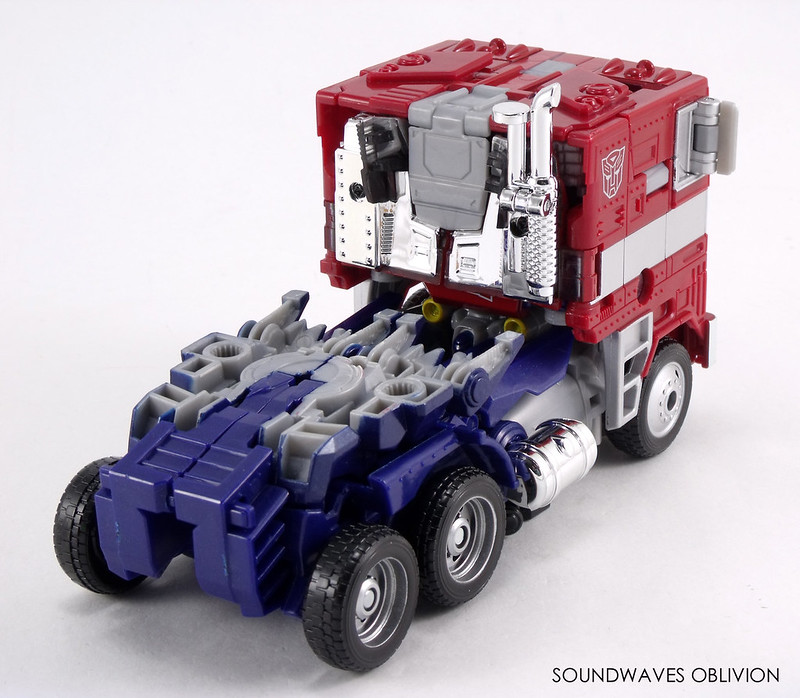 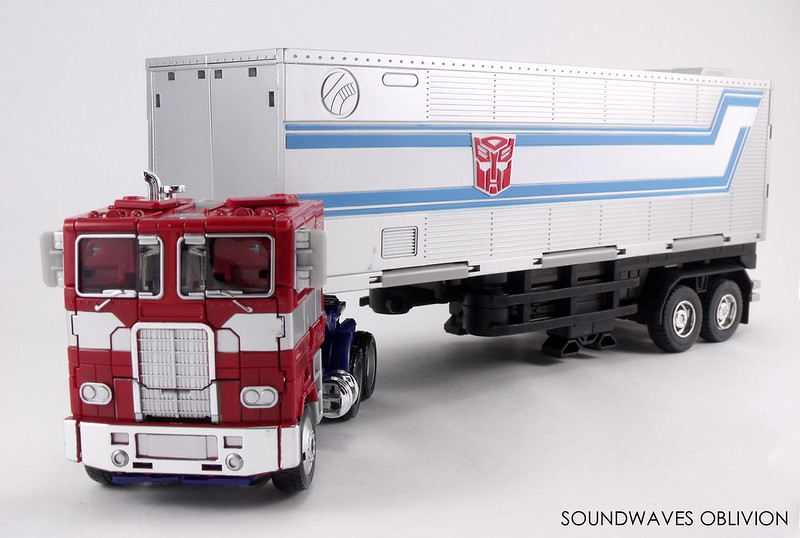 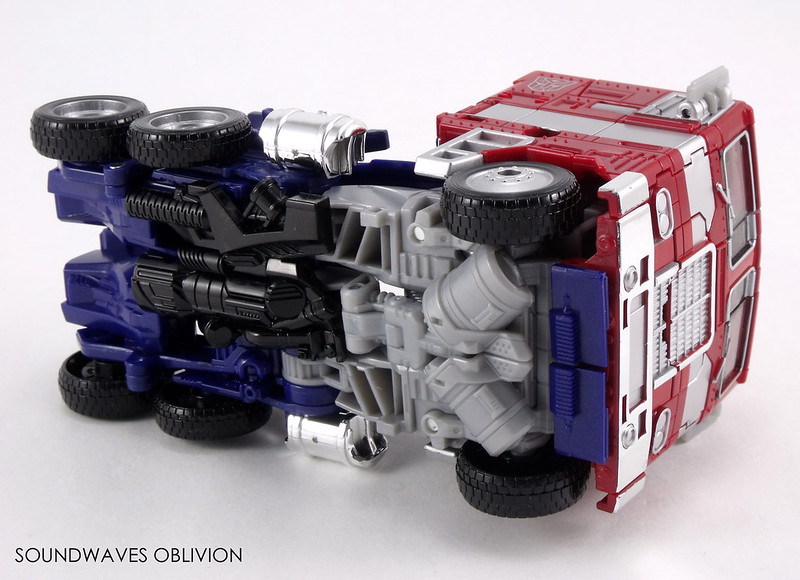 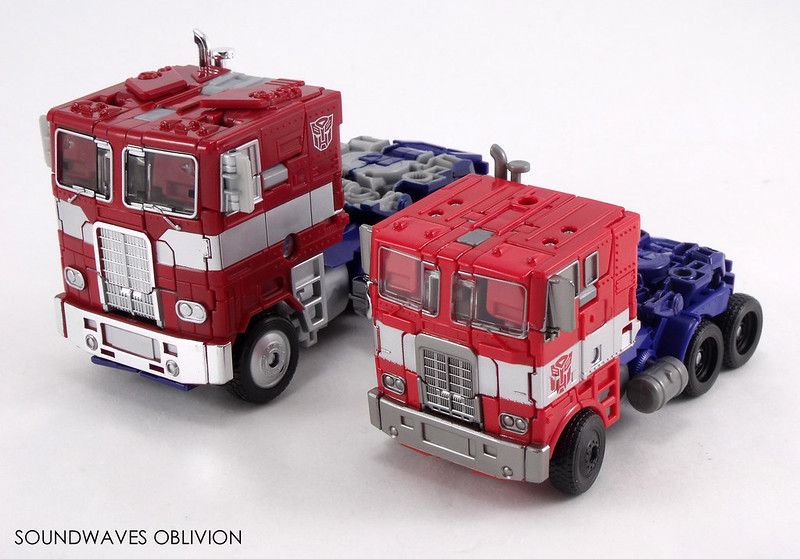 Transformation to robot mode is identical to the 2014 Voyager figure and is easier due to the wing mirrors being able to fold inwards allowing the clearance needed when transforming the arms. 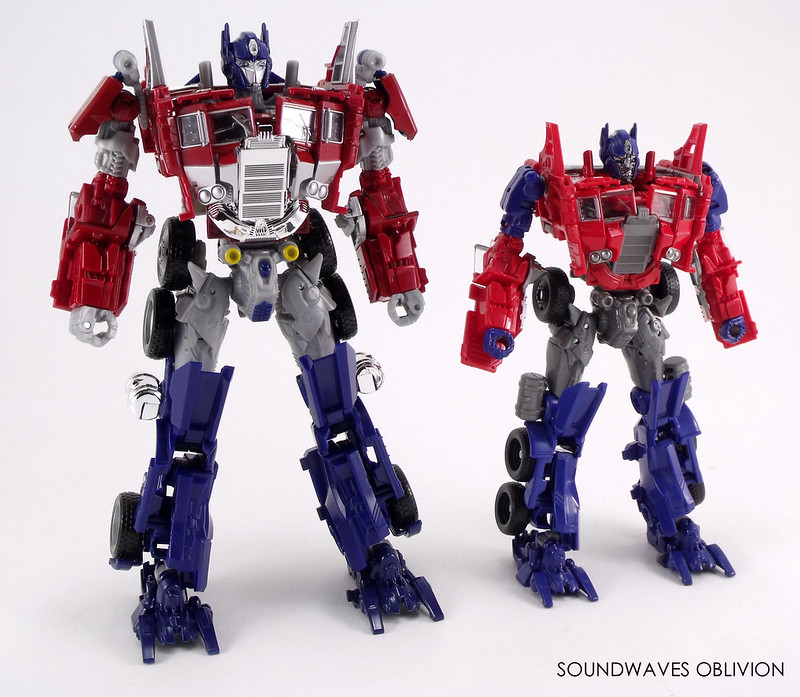 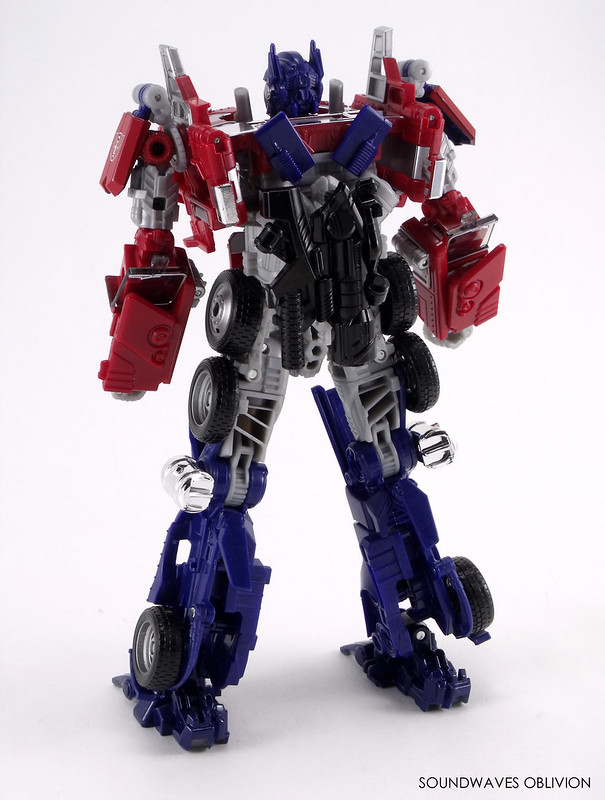 The weapon can either be stored on the robot back or held in his hand. The robot head also features a rotating face much like the Age of Extinction Leader Class figure. 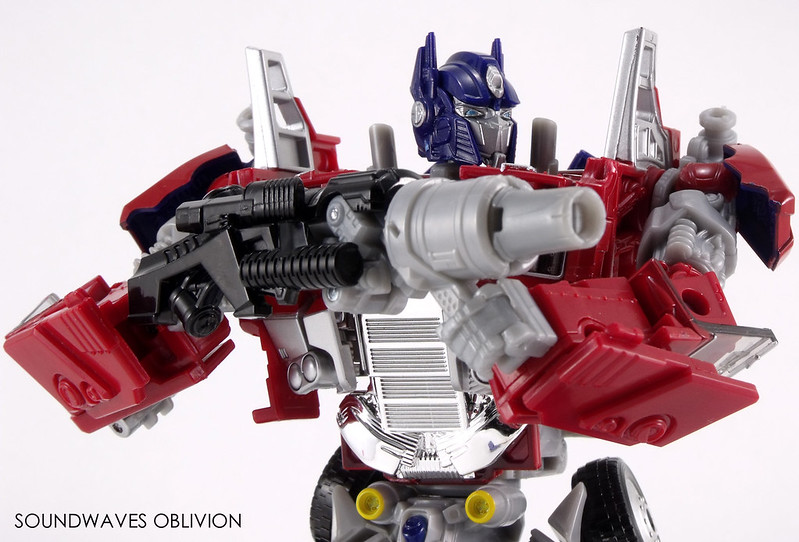 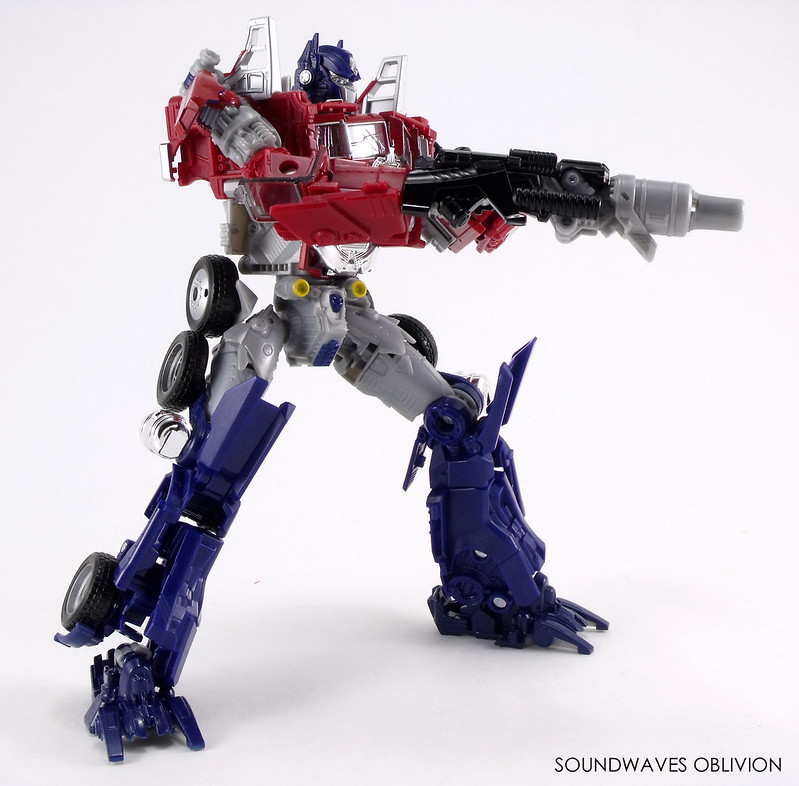 Overall this is a decent Optimus Prime figure, certainly an improvement over the Evasion version but this is a confusing release under the Bumblebee Movie banner. 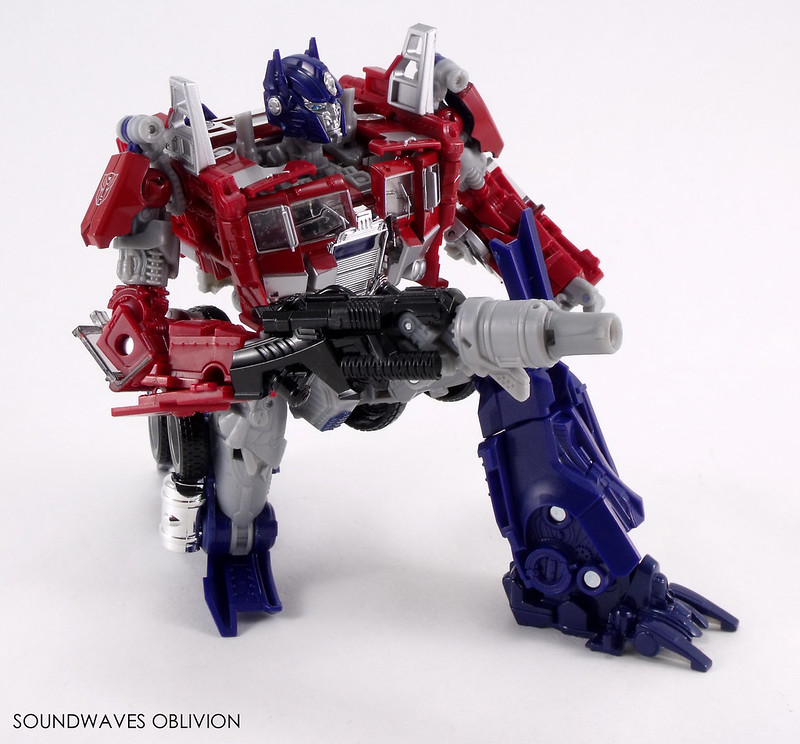 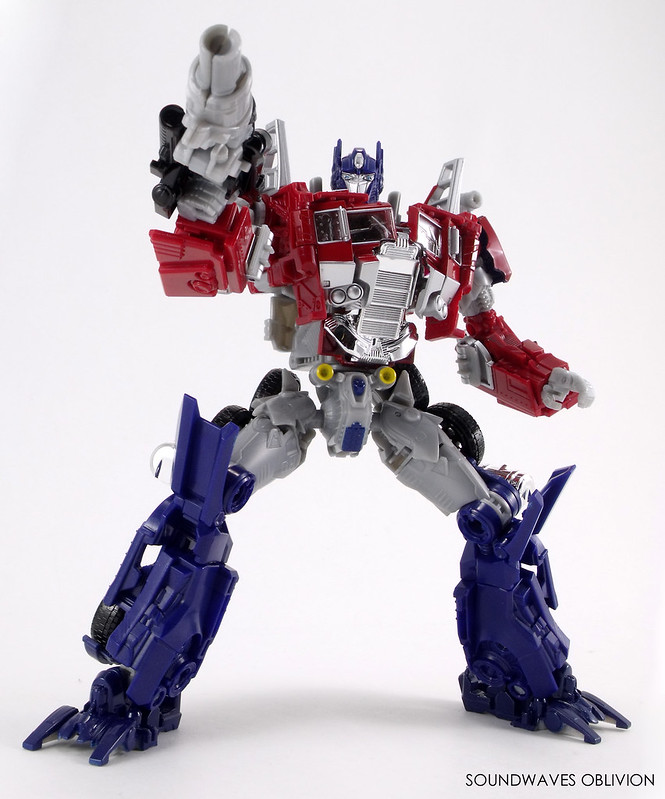