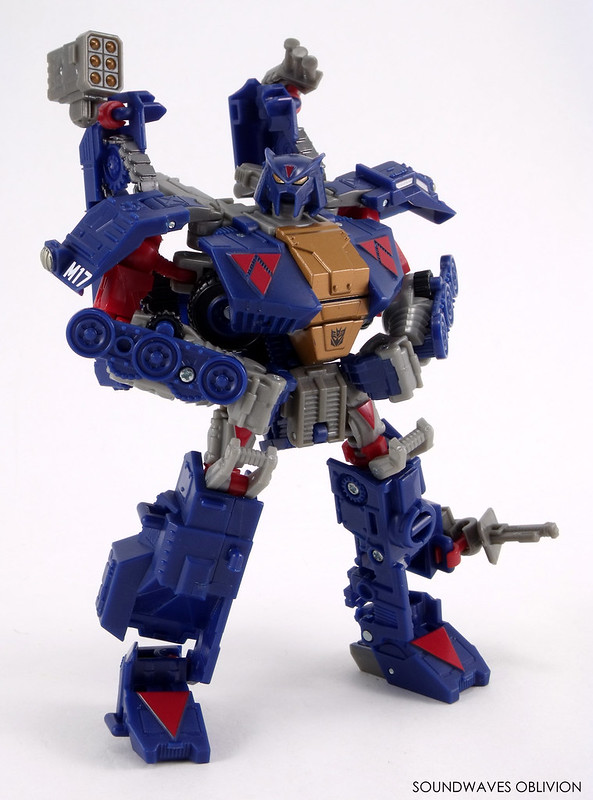 Few robots achieve the same legendary status as Megatron, but Darkmount is one. He is just as famous on Cybertron as the impenetrable fortress that bears his name. For there, he ruled his small corner of the machine world with an iron fist, controlling his subjects with an equal measure of fear and pain. So terrible was his rule that even Megatron gave him a wide berth, and treated him with the respect due to an equal.
STR:10; INT:6; SPD:10; END:10; RNK:10; CRG:10; FBL:10; SKL:7 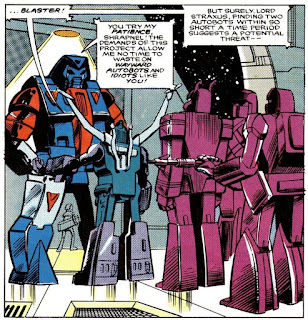 Released in 2010 under the Generations sub-line, two Deluxe class figures were released which were based on characters created specifically for a comic series. One was Autobot Drift, the second was Decepticon Darkmount. Darkmount is based on Straxus from the original Transformer comics published by Marvel appearing in a story entitled "The Smelting Pool" from June 1986. This was issue #17 in the US comics as opposed to it being issue #66 in the UK comics. 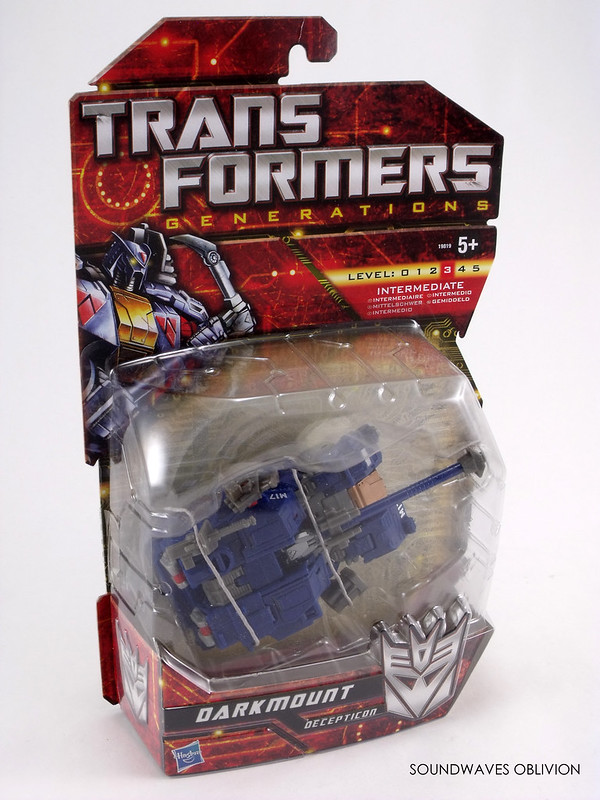 In the comics, Straxus resides in his fortress named Darkmount, wields a large axe weapon and transforms into a flying self propelled cannon. The toy version was renamed after his Darkmount fortress due to trademark issues and shares many similarities with his comic counterpart. Darkmount is a triple changer, packaged in his half-track tank mode where the turret can freely rotate and the cannon can mode up and down. Darkmount also has 3 clip on weapons which can be positioned at various points. The tank is marked with "M17" which is a reference to his debut appearance in Marvel comics issue 17. 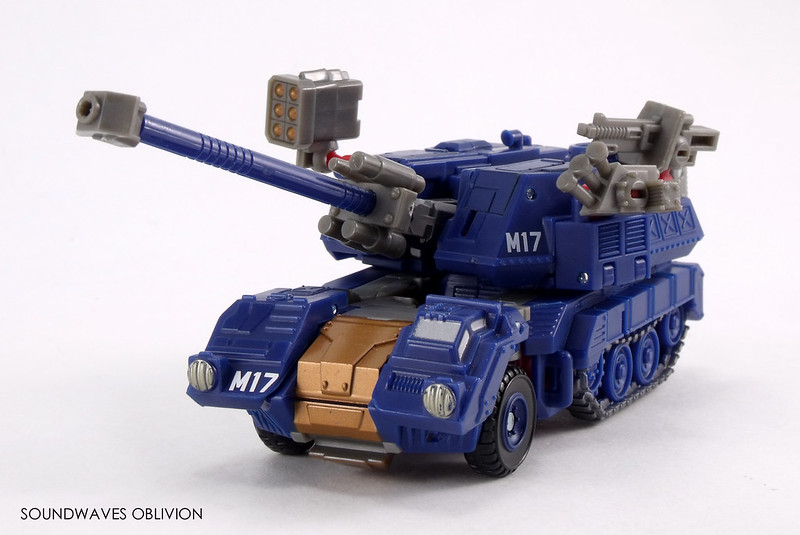 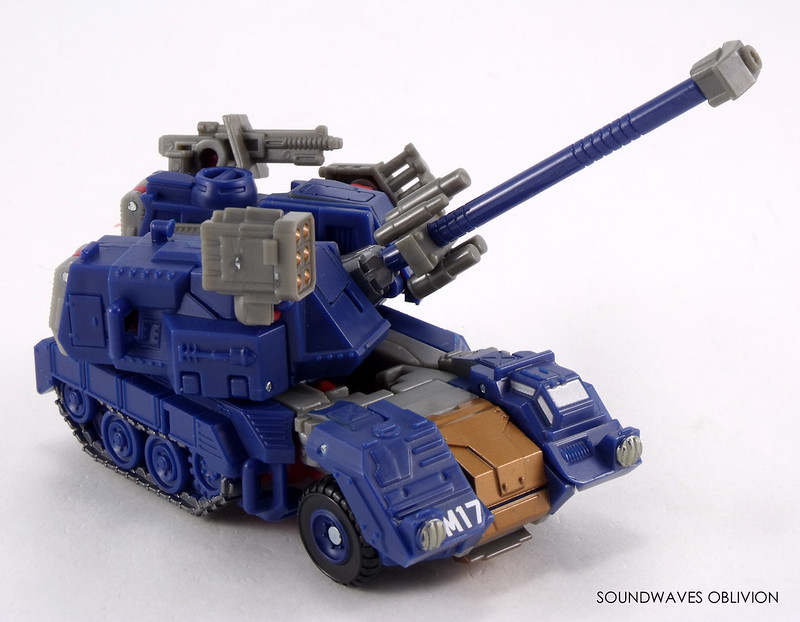 Darkmount's second alternate mode is a battle station which is large enough for a scout class figure to operate. This mode does not look as polished, appearing almost as an after thought as it looks like Darkmount is just in mid transformation. This mode is a reference to his alternate mode from the comic. 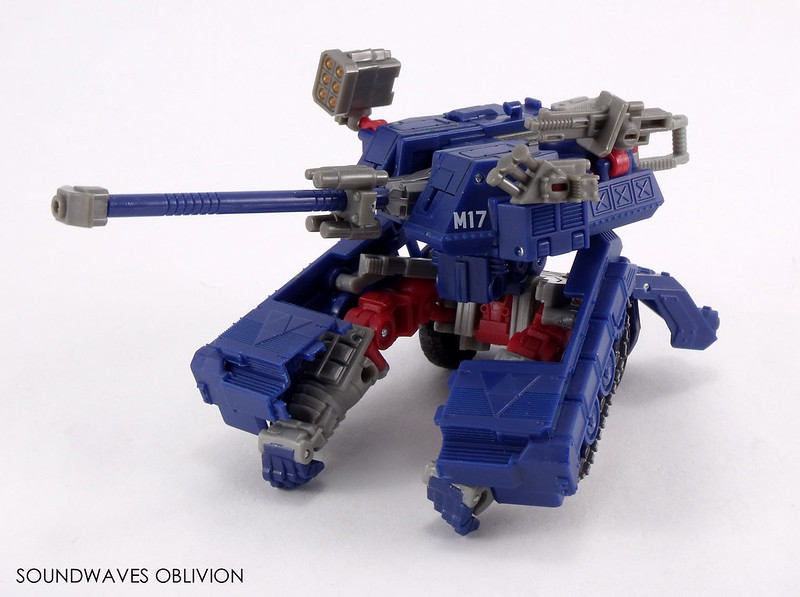 In robot mode Darkmount lacks the bulk he had in the comic but the design does closely follow the comic appearance. For a Deluxe class figure the transformation is well done. The rotation of the turret is achieved as the turret transforms into the robot legs and it is the waist that is doing the rotation. The tanks cannon separates and becomes the large pick axe. The large pick axe is supposed to be stored on a slot on the robot modes back however the instructions are not too clear. 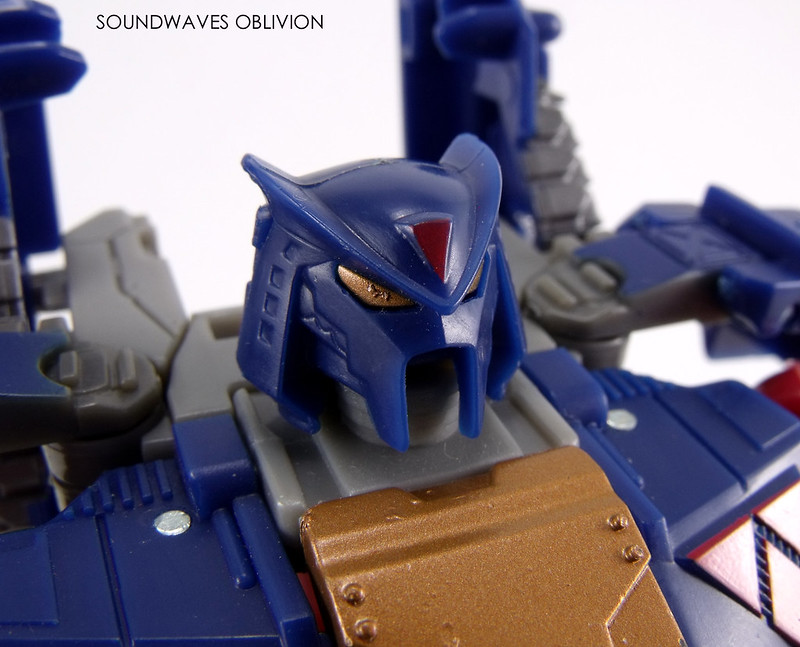 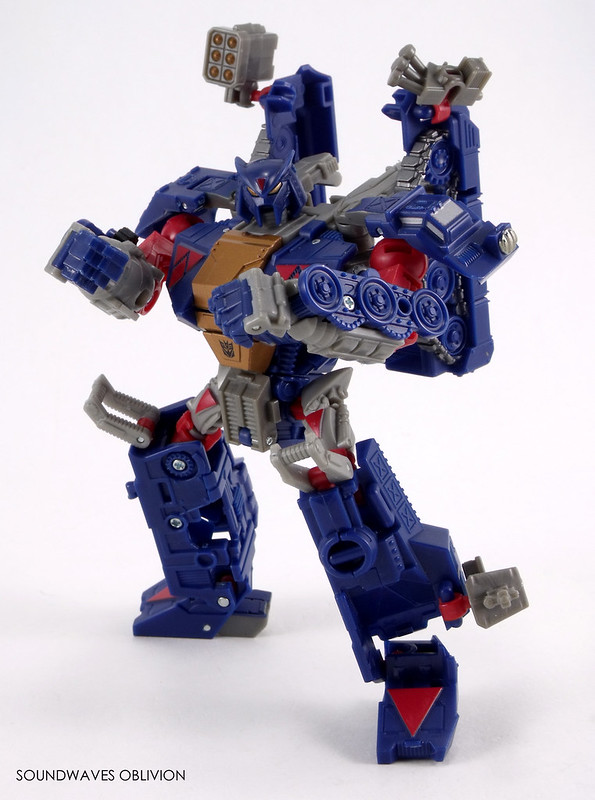 Darkmount was released under Takara Tomy's Transformers United toyline in 2011 using his original Straxus name. He is slightly recoloured to resemble his second appearance in issue 18. The following year in the Transformers United EX toyline (aka Power Core Combiners), one of the Decepticon figures, Rollermaster, was revealed to be Straxus in his bio. Rollermaster comes with a Targetmaster partner, Spanner, who was also in the original comics (Marvel Comics issue 18 (US) 68 (UK)) as a scientist captured by Straxus. 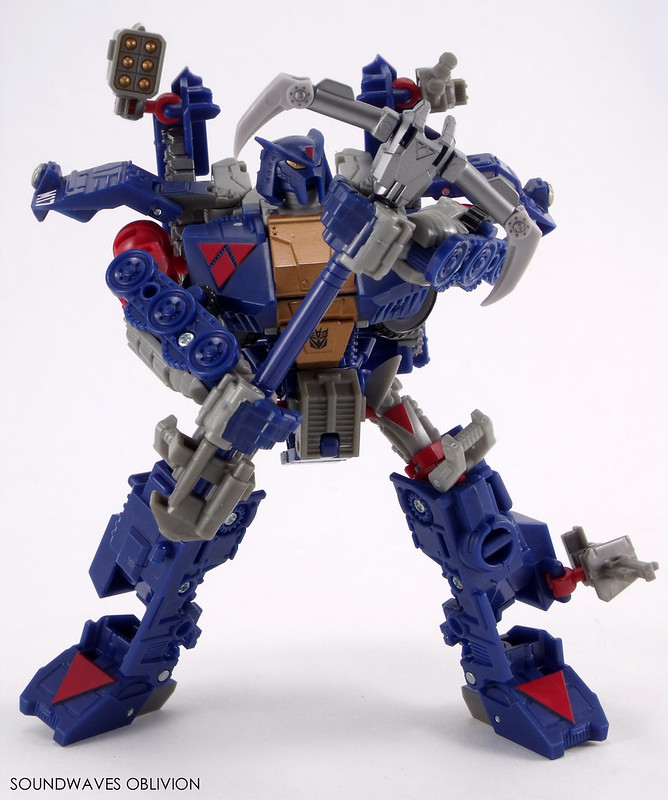 UN-10 Straxus (Transformers United Tech Spec)
Decepticon Commander
Profile:
Straxus is a commander on Cybertron, creating new soldiers in his Darkmount fortress. Even Megatron admits he has power equal to his own. He can survive in any environment due to his amazing life force. His greatest weapon is his huge Battle Axe, also transforms into a mighty battlestation to fight the Autobots.
STR:10; INT:6; SPD:10; END:10; RNK:10; CRG:10; FBL:10; SKL:7; TTL:73 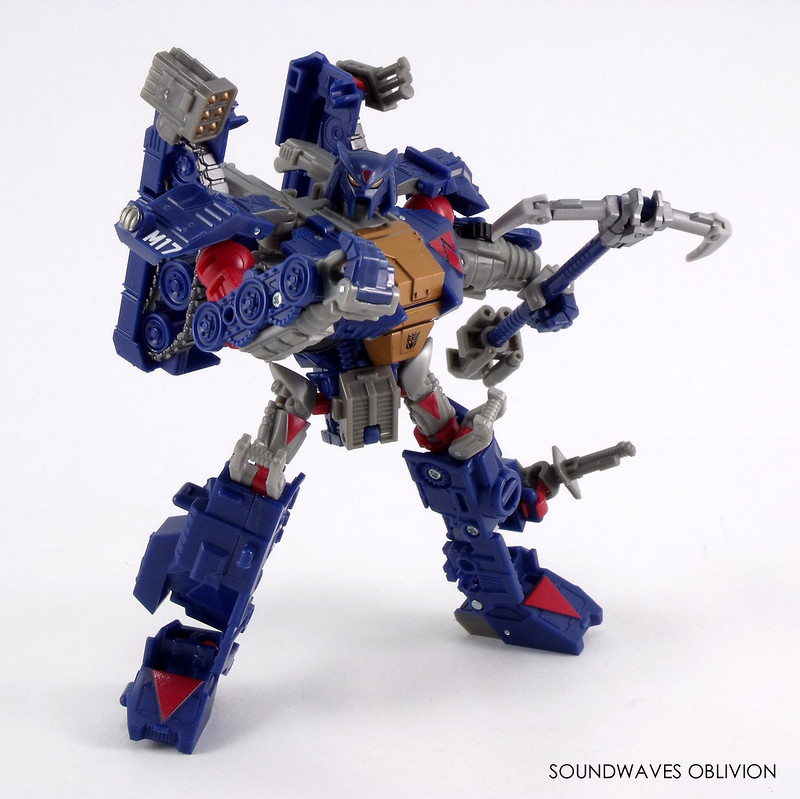