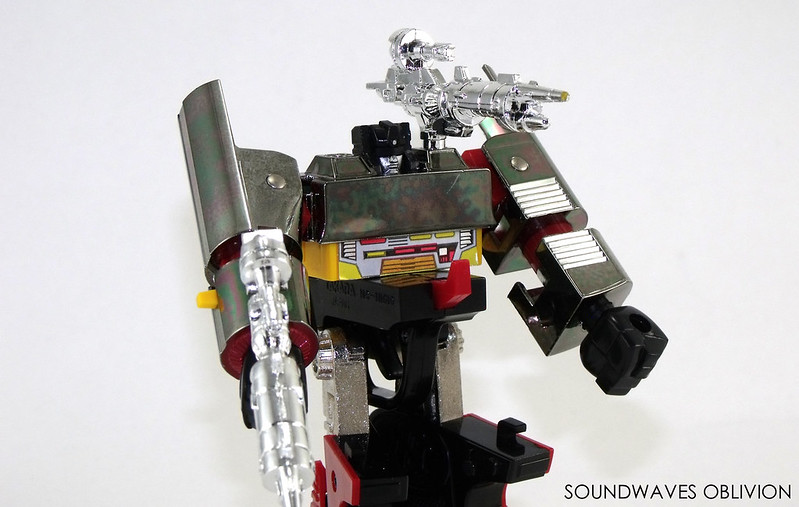 Gun Robo Browning M1910 was first released in Japan under the Micro Change toyline in 1983. As its name suggests the figure is based on a real gun called FN (Fabrique Nationale) Model 1910 designed by John Browning, an American firearms designer. The gun was produced in Belgium between 1910 and 1983. 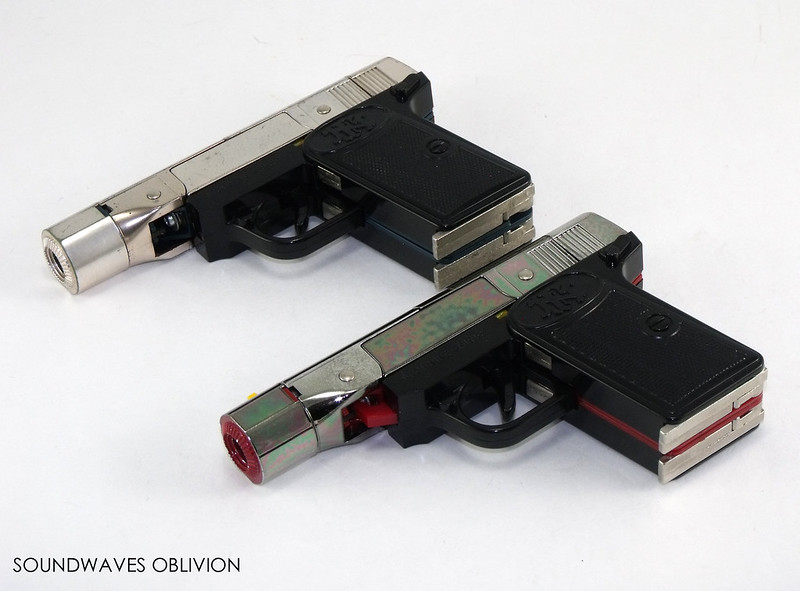 The toy gun is very similar to the original both in its design and size, even displaying the Fabrique Nationale logo on the grip. It was released in two variants, one with smokey chrome and red inner plastic and the other with a matt gold tint and blue inner plastic. Takara also released a gold chomed Browning as a lucky draw exclusive; there are a few of these around although it is unknown as to how many were actually released. This was the first gun robo to see a release in the Micro Change line and was the second Gun Robo to see a release in the Transformers toyline in 1988. 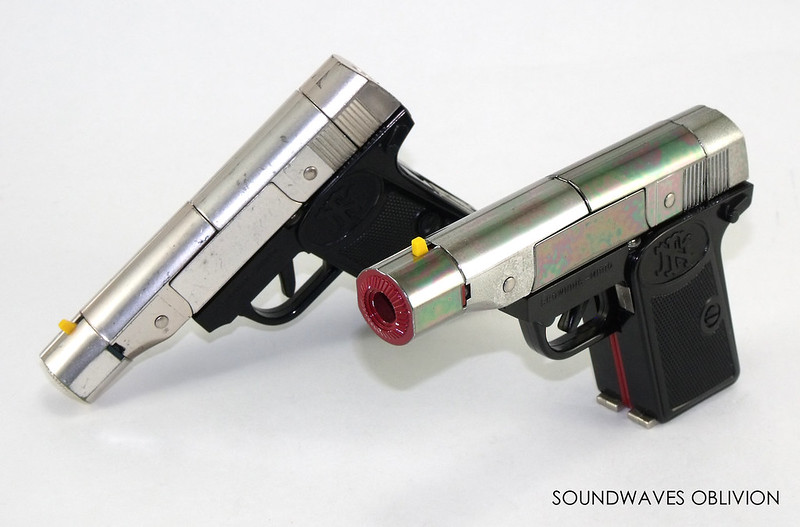 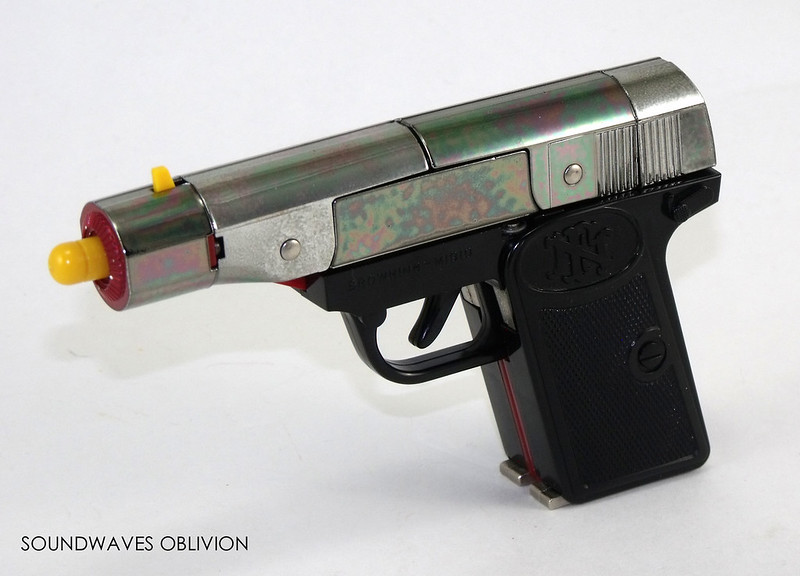 Browning came with x2 left fists, x2 right fists, x5 yellow pellets on a sprue and x2 chromed guns. In gun mode it can fire the pellets and there is an Acroyear cardboard target to fire at. The pellets unlike the other Gun Robos stick out of the barrel of the gun and are fired when the trigger mechanism is pulled. 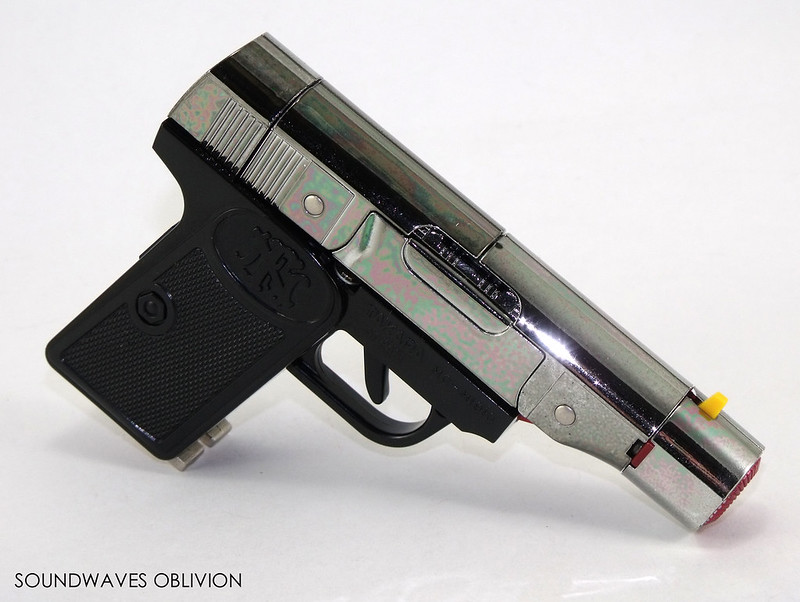 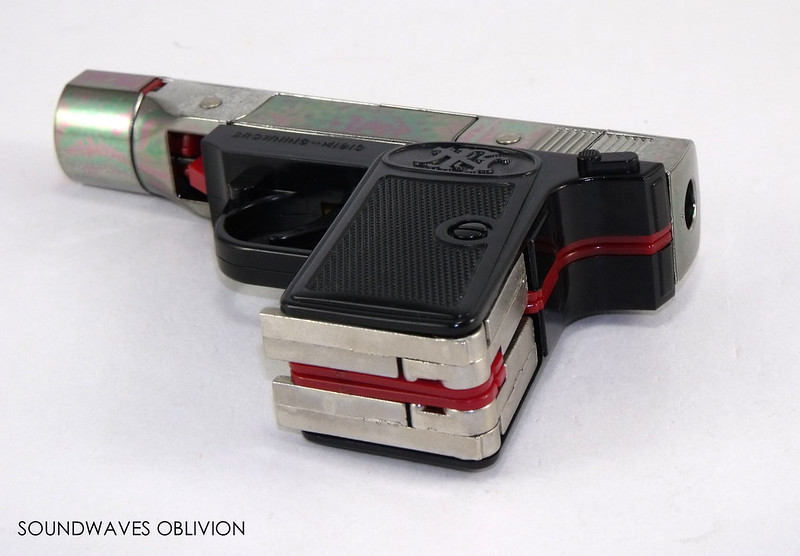 Transformation to robot mode is simple and happens to have the best robot mode out of the three Gun Robos and certainly the sturdiest. The right fist can fire out of the wrist with the press of a yellow button on the arm as this is also the barrel of the gun. The left fist just pushes into an empty hole and stays in place with friction. The two chromed guns can be held in both fists and there are also holes either side of the robot head which can fit the weapons. 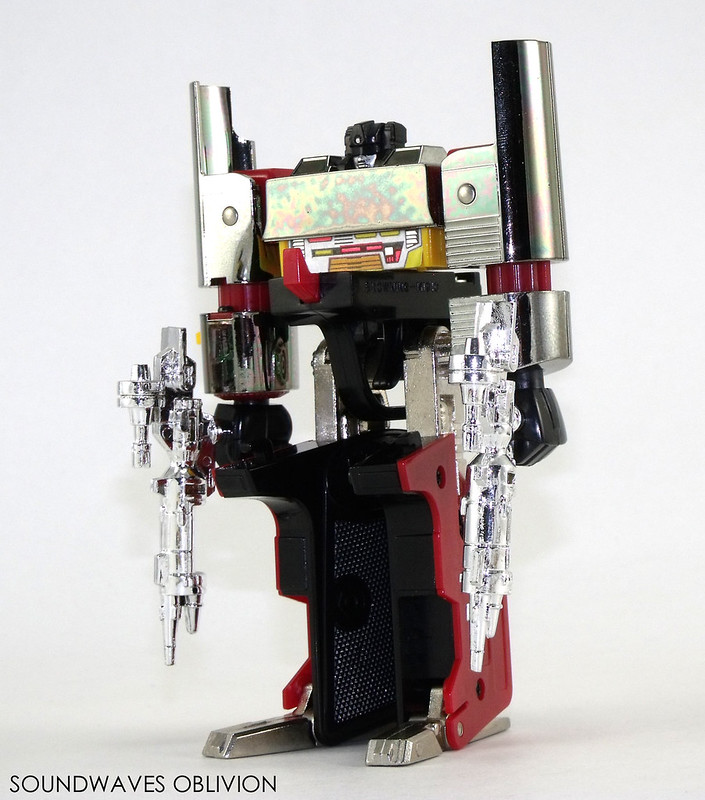 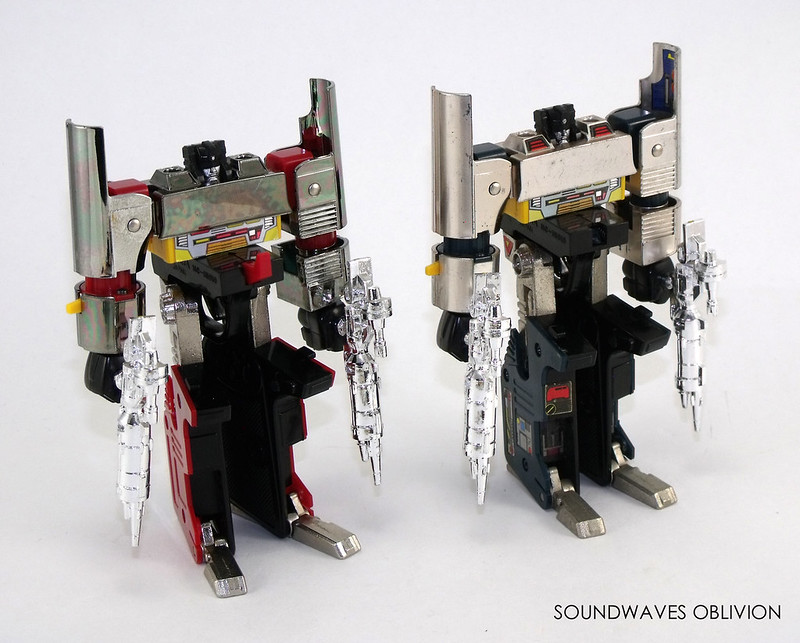 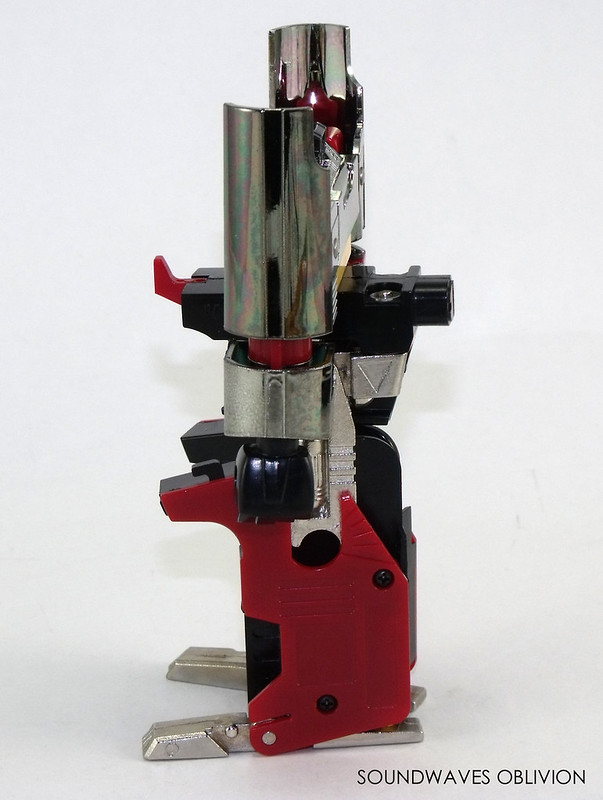 Unfortunately the blue plastic on the browning variant is brittle which is possibly why the red version is the more common of the two varients; luckily the Transformers version of this mould does not appear to have this problem. 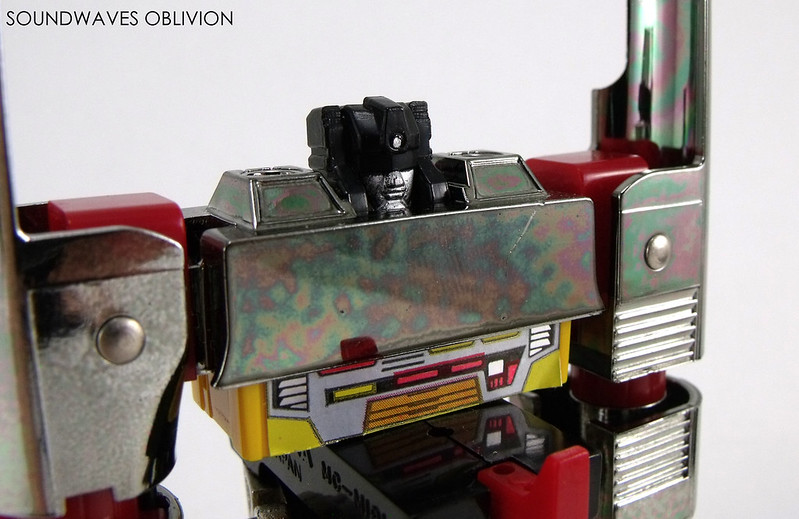 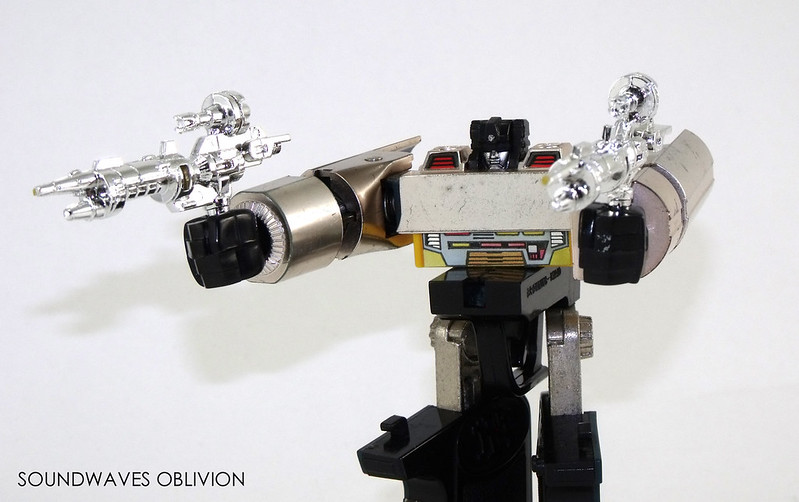 After the initial release in Japan, Browning in bolt blue and red colour varients was also released by Takara in Finland as an R-Kioski exclusive, by GiG in Italy and Joustra in Europe. 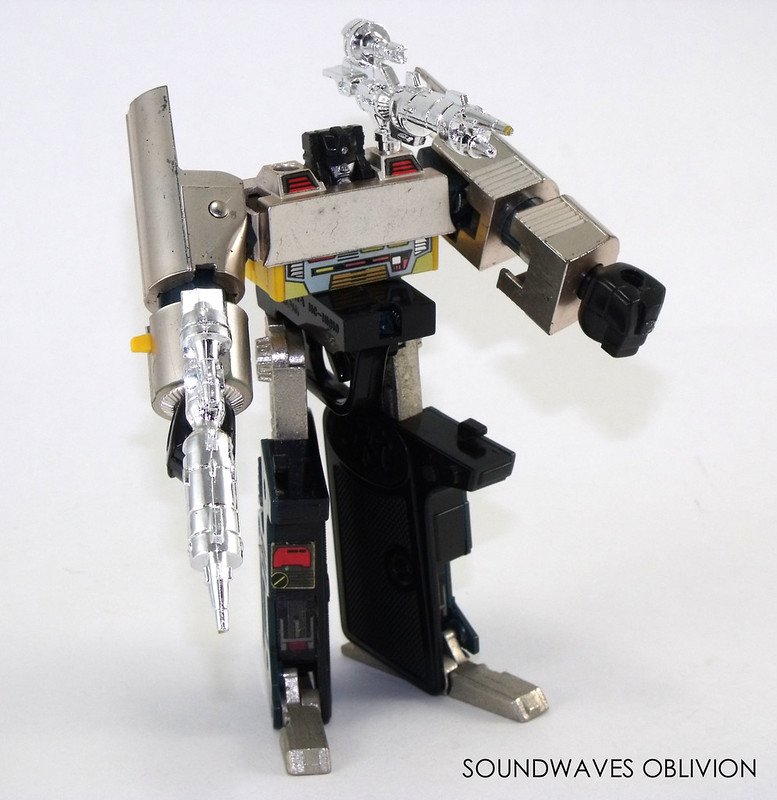 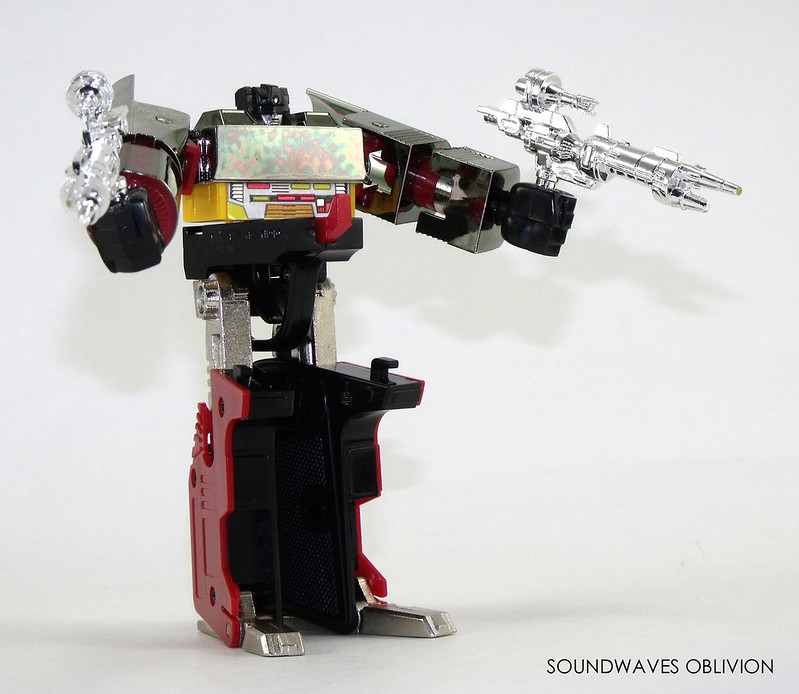 The GiG version is the only Browning released to have the end of its barrel painted red. 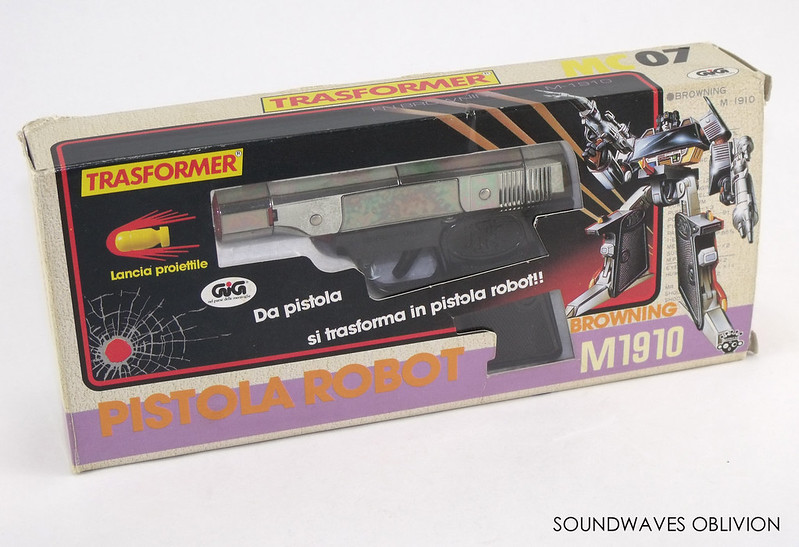 As with most Micro Change & Transformer figures, Browning also had a number of Taiwanese bootlegs produced, the most well known of which is the King Dam version which came in several packaging styles and made its way to mainstream toy shops in North America. These bootlegs only released the red version of Browning and the two guns were yellow instead of chromed silver, the sticker sheet was also on white backed paper. The figure was also renamed as M1920 from M1910 on most of the boxes.

3) The Variables Pistol to Robot

This is a more recent bootleg released in 2013 which is of higher quality. It was released in 3 colour versions, red, blue and a "prototype" version in opaque plastic. This version was based on the Transformers version and came with an Autobot logo for the chest as well as the standard Decepticon logo.