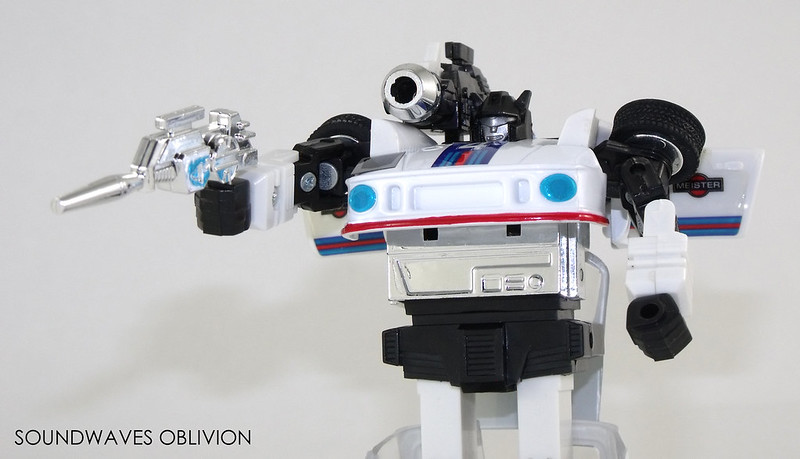 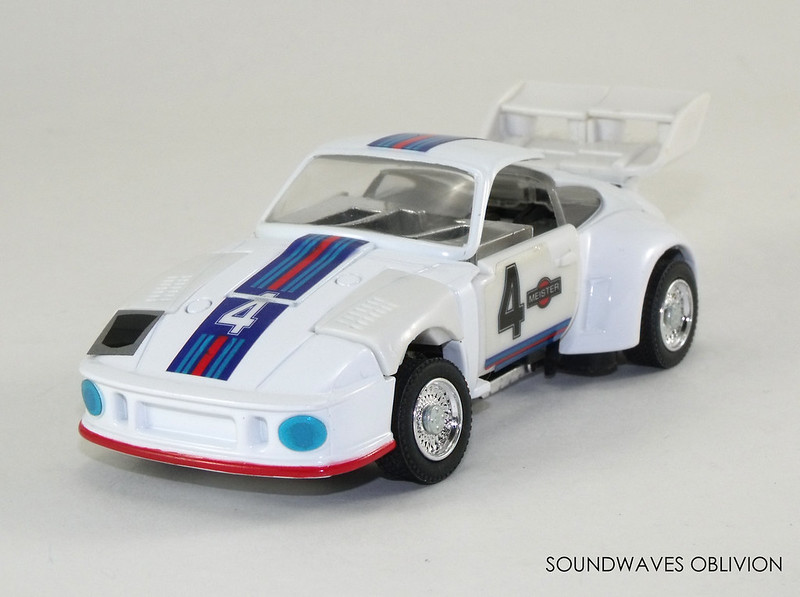 Following the initial reissues of the early Transformer figures between 2000 and 2001 which were reproductions right down to the packaging, Takara took a different step in 2002 and started a series of reissues called the Transformers Collection. 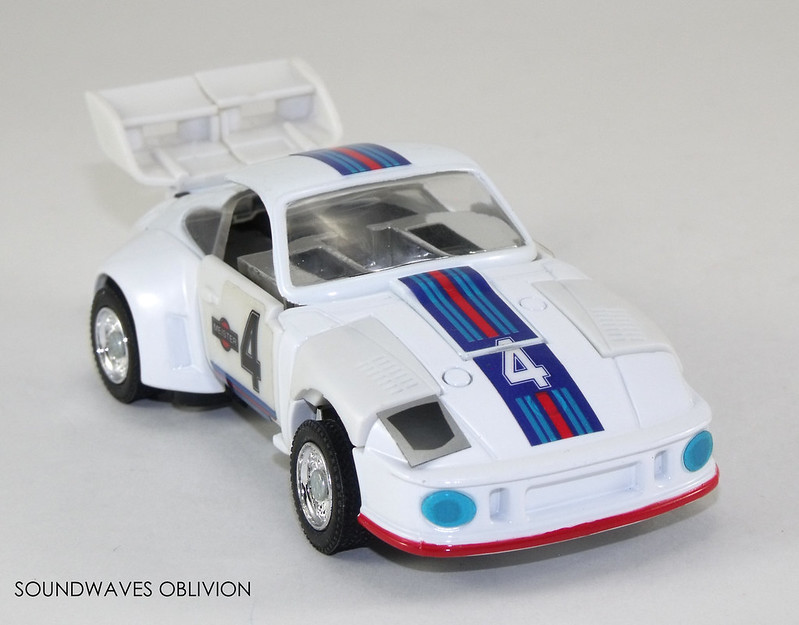 Each figure was released in a thick cardboard box which had a flap held in place with Velcro. Once open there were information pages on the character, underneath these pages was a window so you could see the figure inside with the accessories neatly arranged and labelled.


The figures were released in a set of 2 figures, to coincide with these releases e-Hobby would also release exclusive repaints of these figures. The first 2 released were Meister (Jazz) and Prowl; e-Hobby in turn released Meister (Gold Plated Ver.) and Streak (Anime Color Ver.). 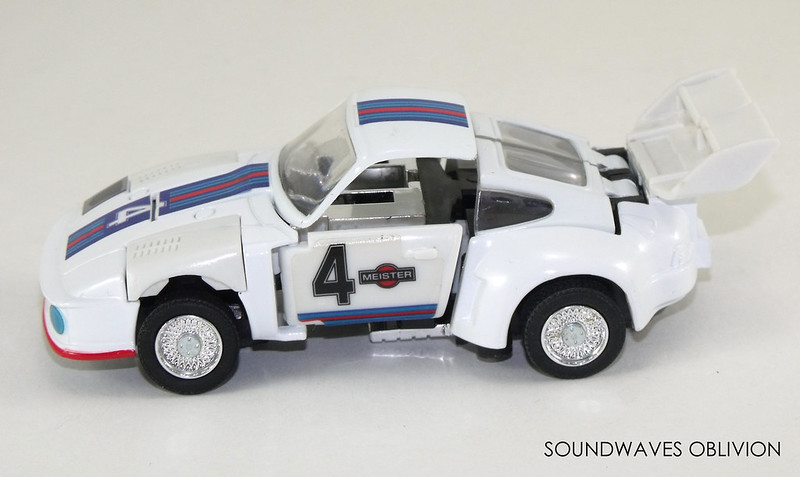 Meister was a welcome release however in this case the figure was an unfortunate mess which Takara eventually rectified 6 years later with the Encore series reissue. 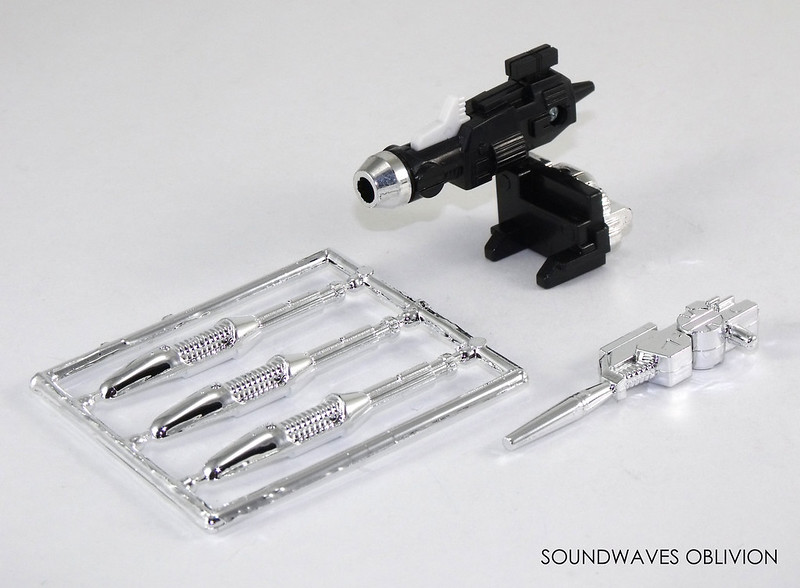 Originally released in the Transformers line in 1984, Jazz was reissued in the Classic Heroes line in 1990 - apart from the missing "Martinii" logos this figure was identical to the original. Only 2 years later Jazz was released in Generation 2, slightly remoulded with a hole in the car roof to fit a new spring loaded weapon, the feet were remoulded slightly narrower for some reason and the face had lost its sharpness. 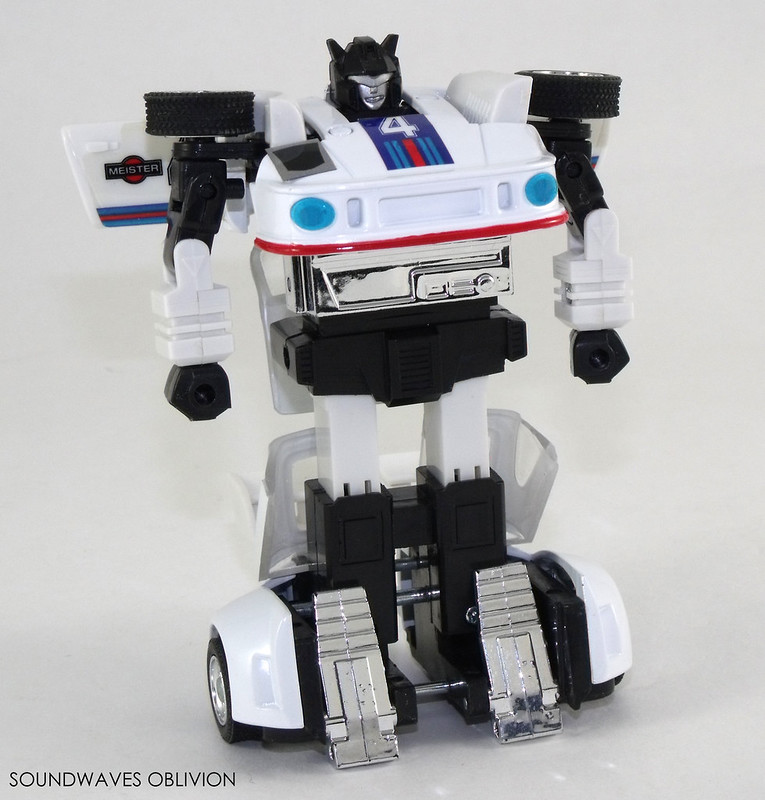 It is this Generation 2 mould which was used for the 2002 reissue. Firstly the figure was floppy, in vehicle mode the car didn't align properly and the face had a "smirk" due to the moulds degradation. Sticker wise the name "Martinii" was replaced with his Japanese name, Meister (German for Champion).

In 2002 Hasbro started their reissue series called the Commemorative Series. In 2003 they followed Takara's lead by releasing the figures in a "Book Box" styled packaging; one of these releases was Jazz. This figure was identical to Takara's version however there were a few key differences; Hasbro had corrected the vehicles alignment, however they also removed the chrome from the weapons as well as lengthening the missiles. Additionally they retooled Jazz's rocket launcher so it separated in 2, possibly to avoid breakage issues which was common with this accessory. 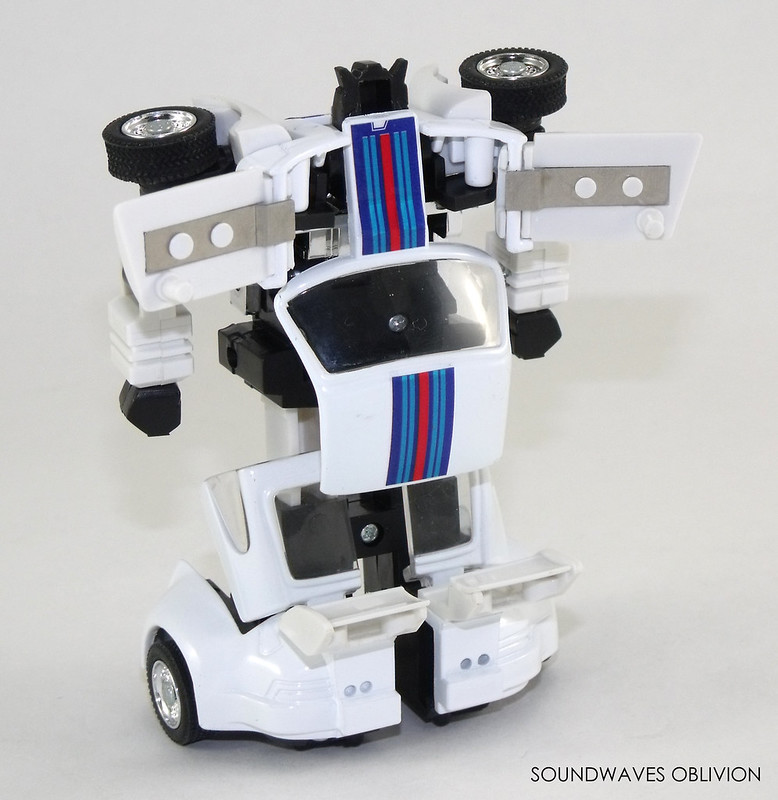 In 2004, in the Transformers Collection Series, Takara released Stepper, the black Meister redeco from 1987 which came with a Targetmaster figure. This release also came with Meister's original accessories which were not present with the original 1987 version. This release also corrected the face. The 2008 Transformers Encore Meister used this mould, though not perfect it is a lot better than the 2002 reissue. 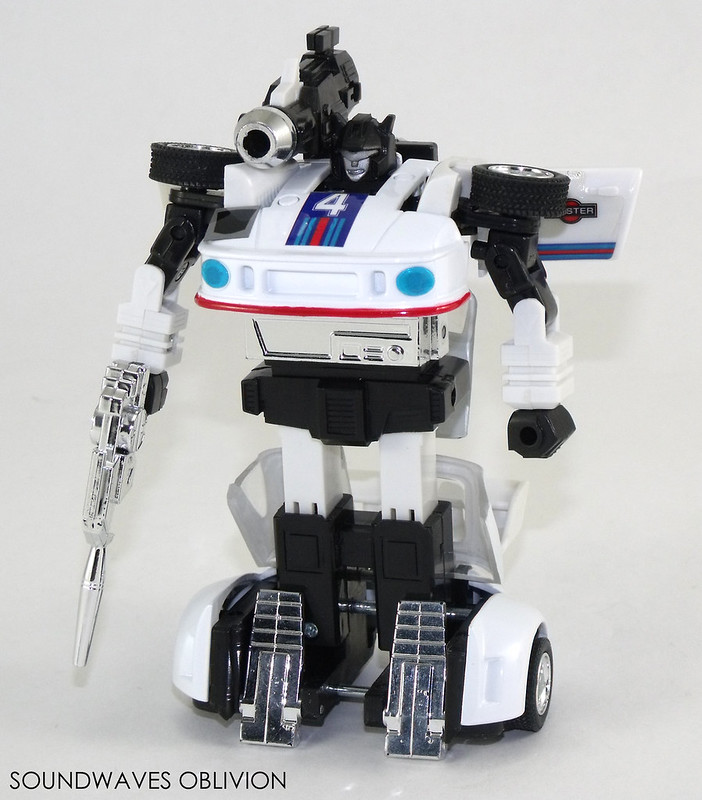 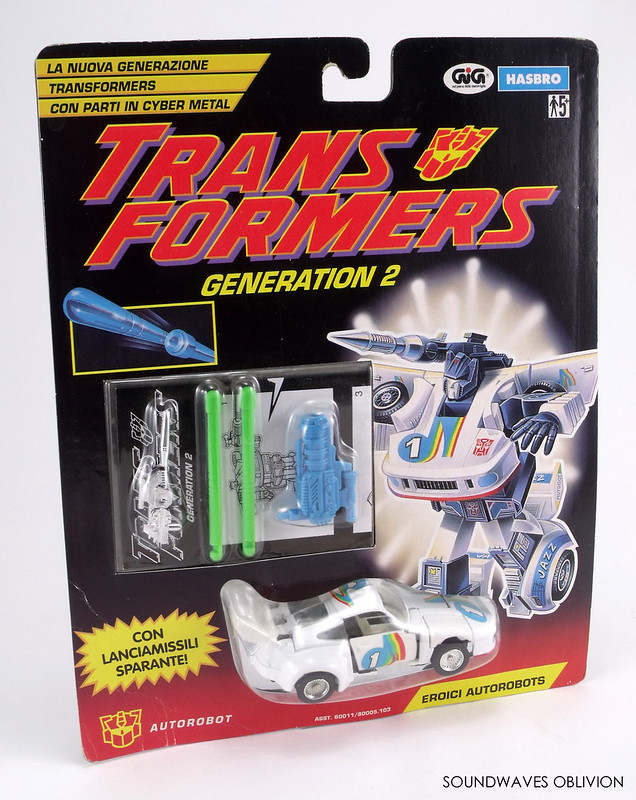 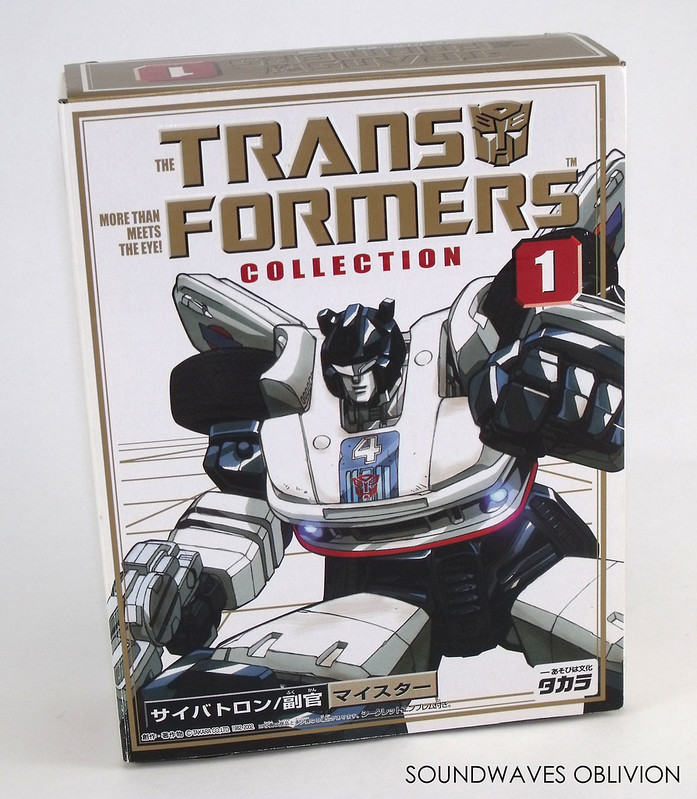 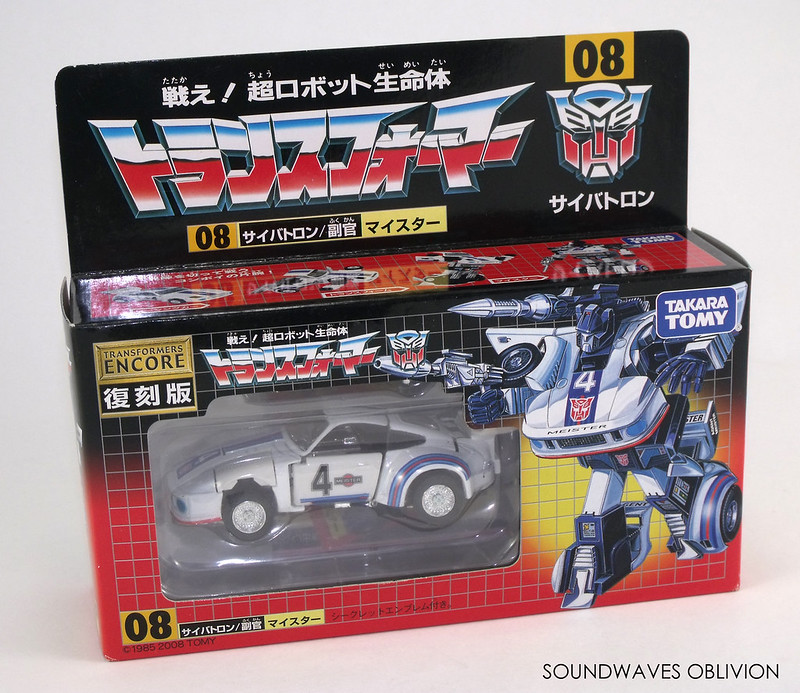