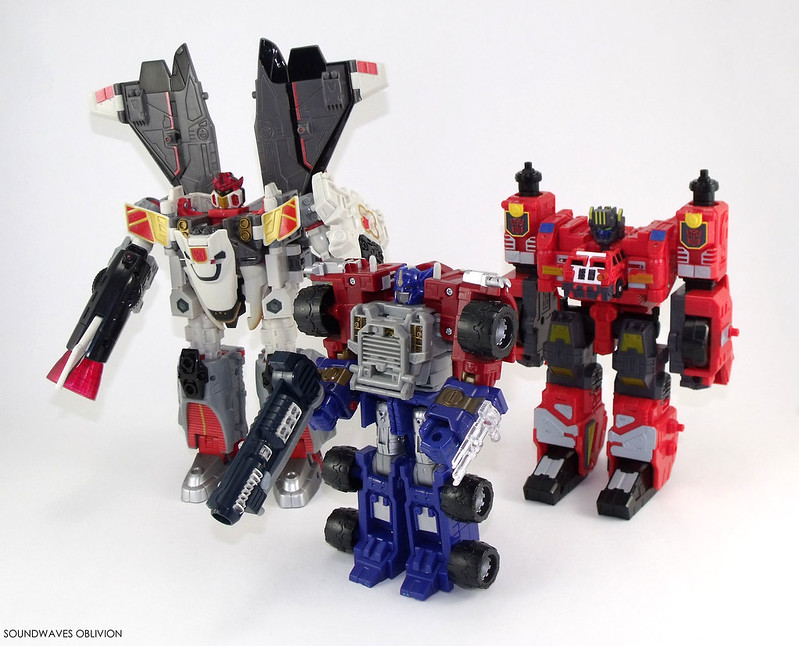 After 4 years of Beast Wars Transformers and with Beast Machines introducing vehicle Transformers once again, the Transformers series was heading back to its roots. In Japan, Takara released Car Robots in 2000 along with the first of many reissues, Convoy / Optimus Prime. In my opinion this was one of the best series to be released so far. The figures had good articulation coupled with real world vehicle modes (the Autobots anyway). The following year this series was released by Hasbro called "Robots in Disguise". By 2002 the series had run its course and Takara had only been releasing reissues after the Car Robots series.

The series to follow was Transformers Armada - a joint venture between Hasbro & Takara. In theory this sounded good however what came out in my opinion was a step back from Car Robots / Robots in Disguise, though it finally gave the fans a Unicron figure. 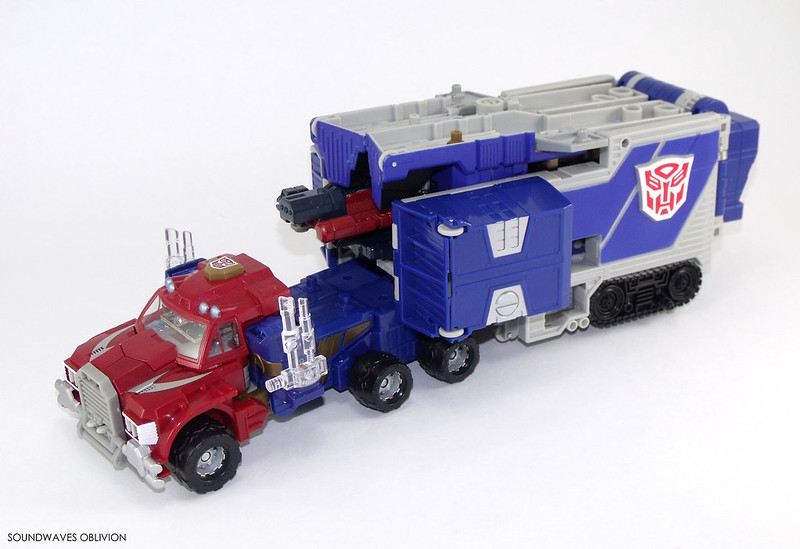 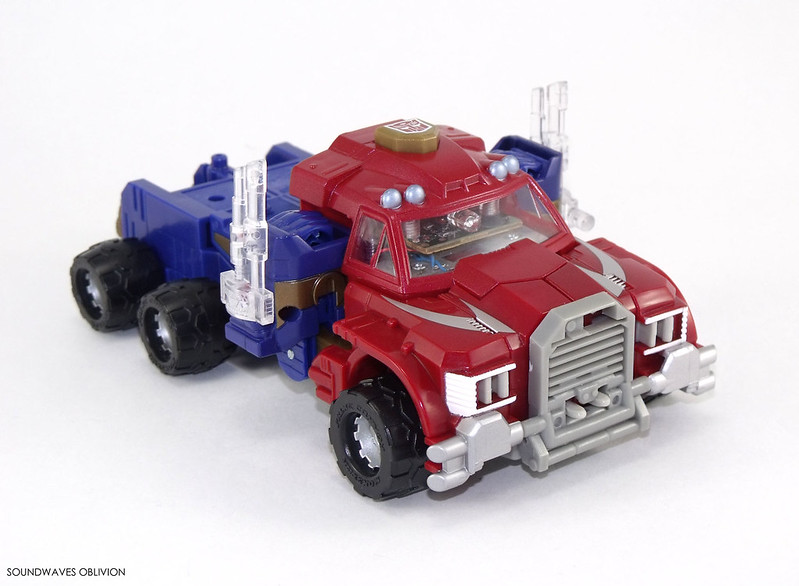 The Robots in Disguise line had been criticised for being overcomplicated with Sideburn being the main culprit. The new Armada line focussed on gimmicks, mainly the Mini-Cons, the smaller Transformers which activated features on the larger figures. The figures were blocky and had limited articulation, though there were exceptions such as the brilliant Supercon (Deluxe) Optimus Prime (this had the unfortunate name of "STD Convoy" in Japan). 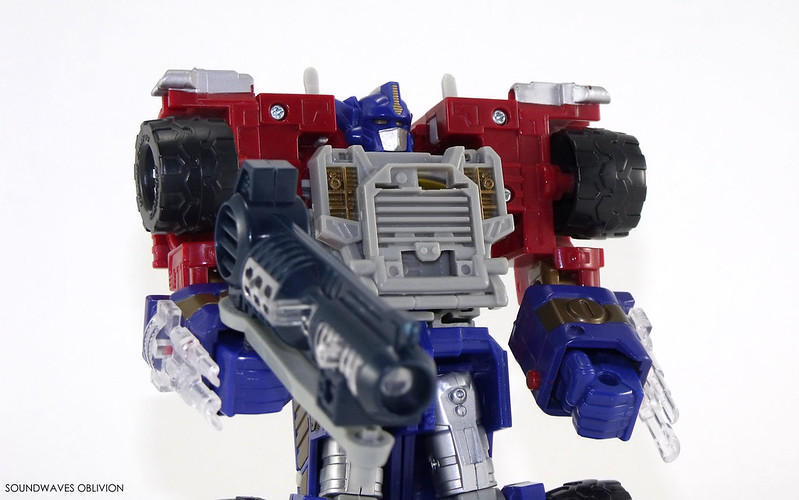 The larger Optimus Prime, released in 2002, was the flagship figure but as with the other figures was too gimmick heavy. In robot mode it has poor articulation and even poorer choice of plastics. The elbows are made of a gold plastic, not the type that breaks just by looking at it (see Black Zarak, G2 Slingshot) however this can snap very, very easily. I'm very careful with these figures and the left arm on mine just snapped clean off. I'd only transformed this thing around 4 times since I bought it new and I ended up buying a junker figure to repair it. I believe that Takaras version does not have this problem. 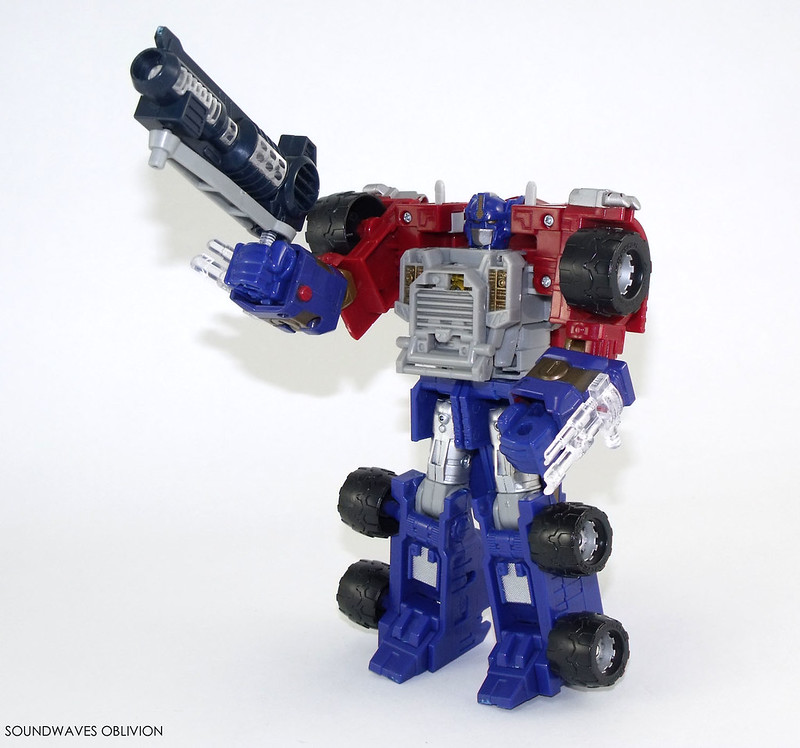 The figure does have a moveable mouth plate, a feature also used with the MP-1 Masterpiece Convoy and the large gun does resemble the original G1 gun. This comes with a Mini-Con called Sparkplug - a nod to the original G1 cartoon series with Sparkplug Witwicky.

When the electronics are switched on and transforming the truck cab to robot mode, the trailer automatically transforms to a base. Again when Transforming the robot to form the large robot, the base will then automatically transform into the legs. This does work well and does look good however once you are left with the super robot mode, that is where the fun ends and this is just one large brick, though it does look imposing. It should have had a better head sculpt though. 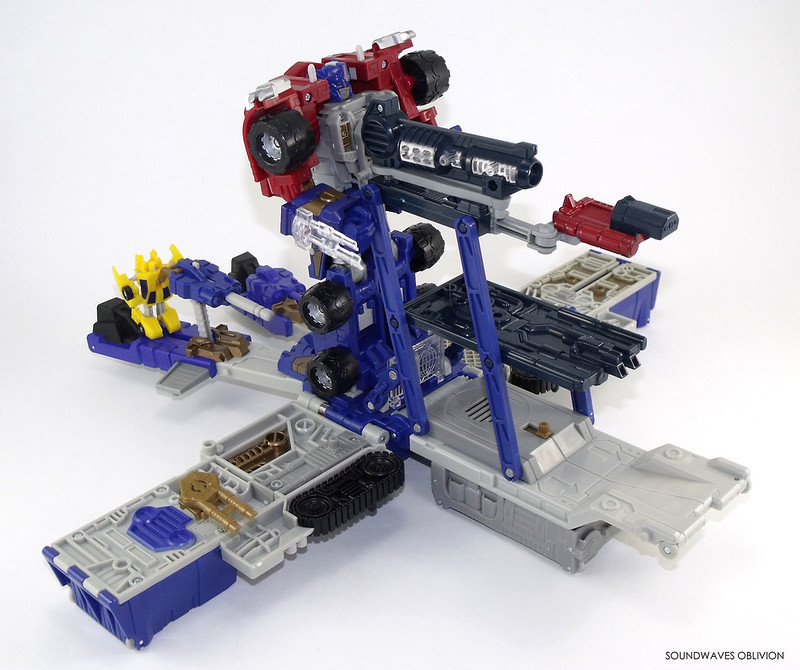 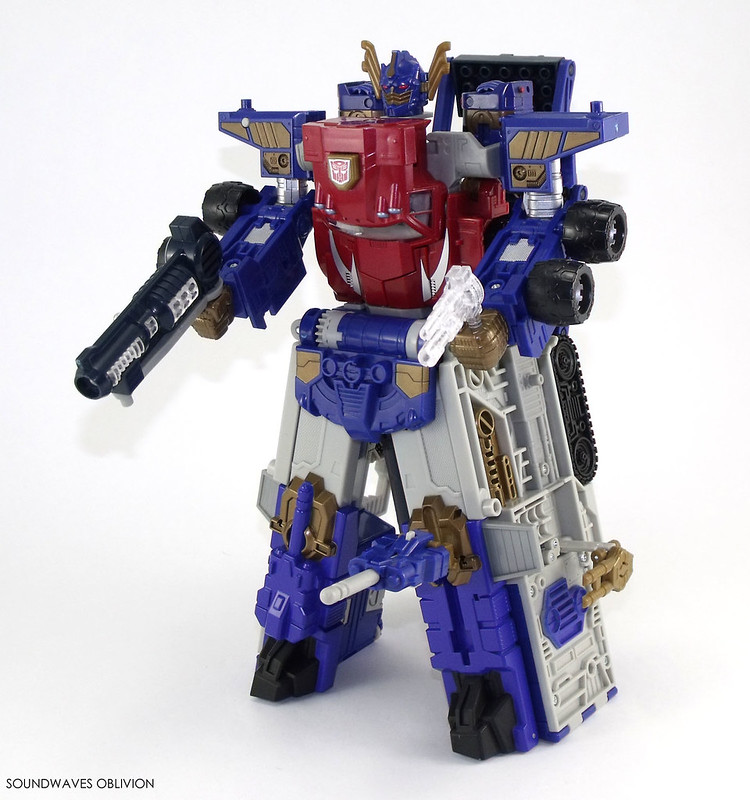 There were 2 further figures which interact with this Optimus Prime: Jetfire and Overload. Jetfire, now a space shuttle, transforms into a pair of legs which do look a lot better and are more articulated. Overload transforms into a large shoulder weapon and can also connect as a weapon with the trailers base mode.

When all 3 are in vehicle mode they can also link up which is very reminiscent of Star Convoy, Grandus & Sky Garry (from Takaras 1991 Return of Convoy series). 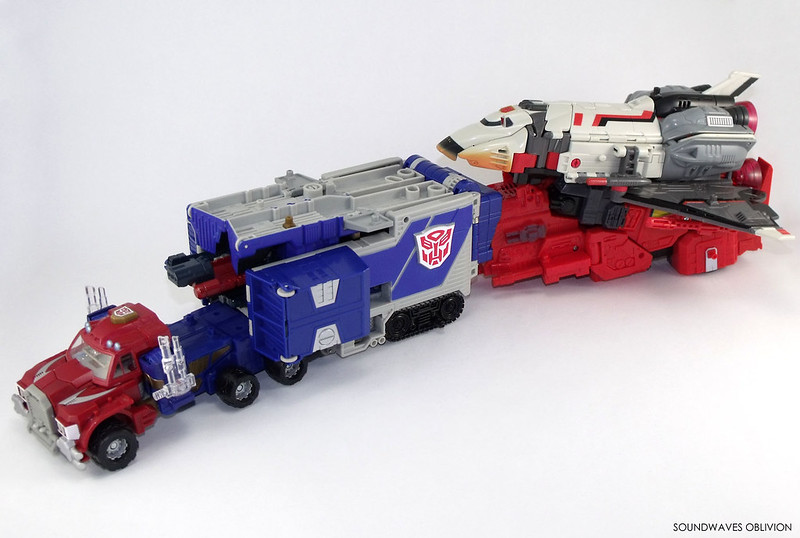 Nowadays this figure would be an easy pass for me, I've still no idea why I have ended up with 3 versions of this figure. Though I'm not a fan of gimmicks, for me the gimmick is the transformation, but this is one that works and it is cartoon accurate and it is reminiscent of the original Optimus Prime. 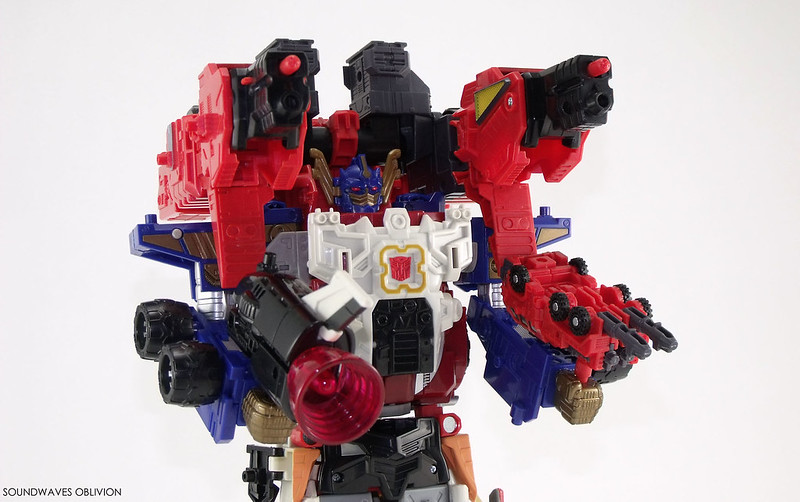