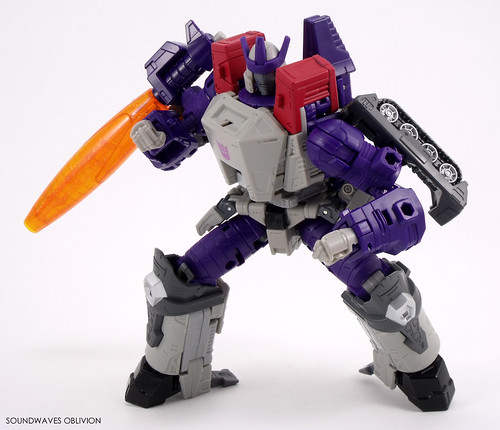 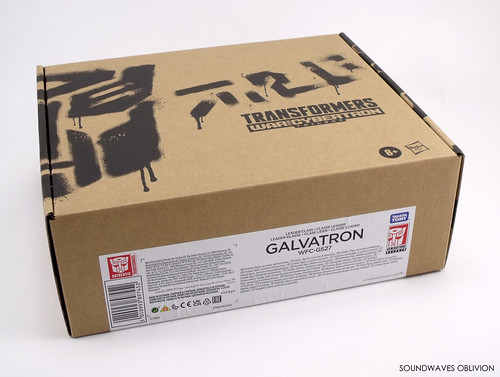 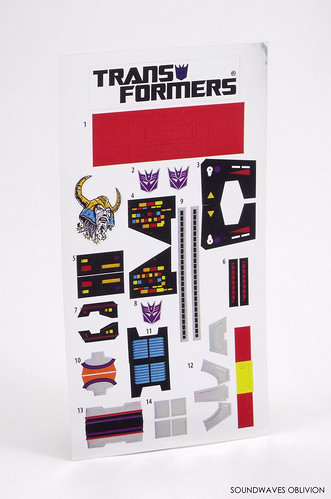 After the 2008 Deluxe Class Galvatron and the 2016 Titans Return Galvatron, Hasbro have finally released a decent version of the character. Galvatron was released in November 2021 under the Generations Selects line and is a straight repaint of the Transformers Kingdom Galvatron. 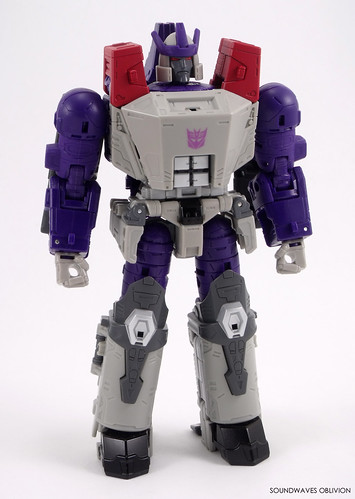 Whereas the Kingdom version is based on Galvatron's appearance from the G1 cartoon series, the Generations Selects version uses the original 1986 toy colours. 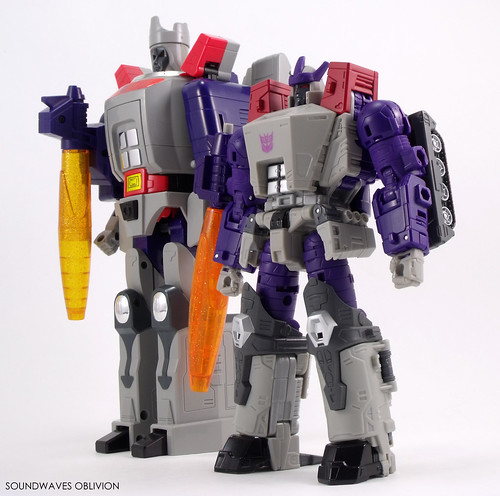 Despite not having the name, this Galvatron is actually "Galvatron II", a version of the character from an alternate timeline where Unicron succeeded in destroying planet Cybertron in the Marvel Comics continuity. 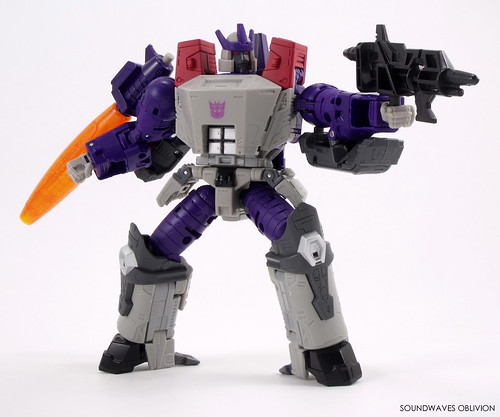 Although Galvatron is at a Leader Class price point, the actual figure is small but it is heavy and solid to make up for this. Galvatron comes in a plain box and is packaged in robot mode. He comes with the exact same accessories as the Kingdom version but also includes a foil sticker sheet with decals reminiscent of the original stickers. 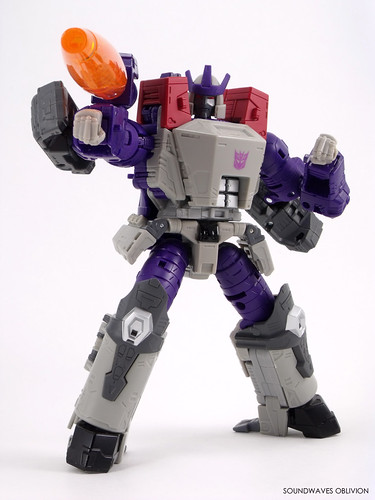 Galvatron looks very close to his animation model although this figure is very broad at the shoulders which I think does throw the proportions off somewhat. 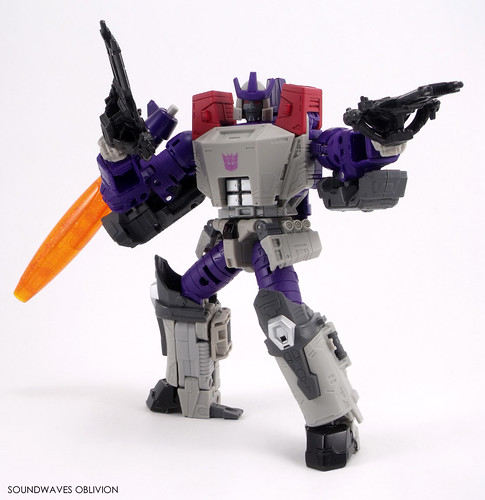 Galvatron's arm cannon can either sit on his upper or lower arm and the orange barrel is very close to the original complete with the embedded sparkles. Galvatron comes with two plain black guns which are modelled after "The Revenge", the ship Unicron gives Galvatron.

The guns can be held separately or combined into one larger gun. When not in use the guns can be placed on the back of robot mode. Its a shame a new gun resembling the G1 version was not provided but if you have the G1 gun it can fit in the fist well enough. 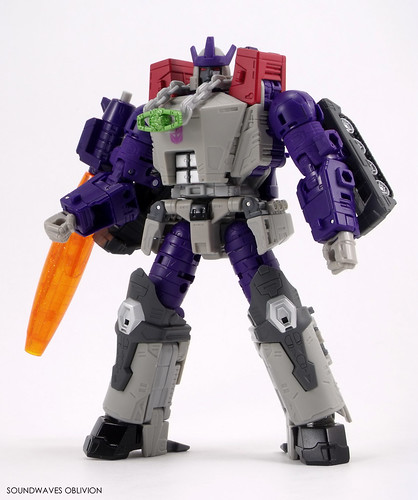 Galvatron also comes with a green version of the Matrix based on the Marvel Comics. The Matrix can detach from the chain but Galvatron can't hold it but it can be placed inside Earthrise Optimus Prime and Kingdom Rodimus Prime. 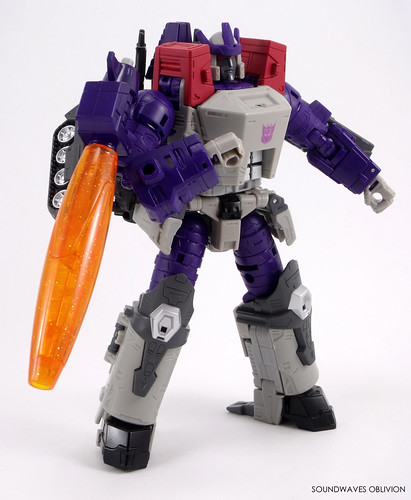 Transformation is more involved than I initially expected and is really well done, certainly much better than the Titans Return version. Without an additional third mode Galvatron can just concentrate on being the futuristic cannon and in G1 colours it looks really good. 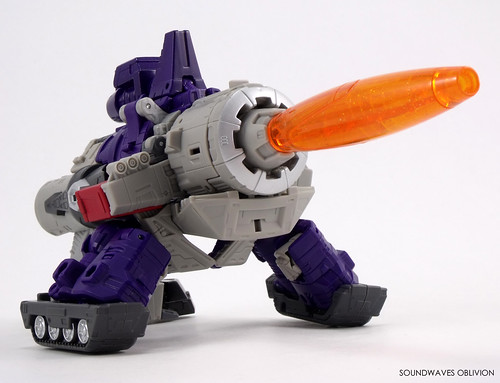 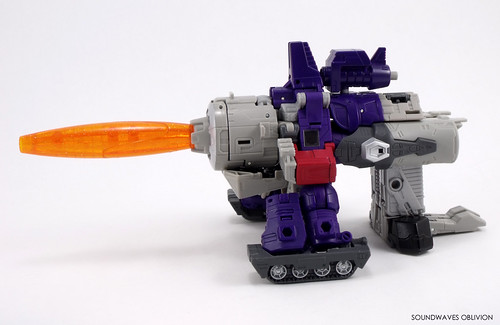 Prominently displayed in this mode is the rub-sign, placed in the same location as its G1 counterpart. Galvatron can roll back and forth on his wheels in the cannon mode and the stand made of Galvatron's legs can be repositioned to tilt the cannon mode. In cannon mode the two additional weapons can be placed on the back of the cannon and you can also attach the Matrix, as seen in the 1986 movie, although you need to remove the cannon barrel to do this. 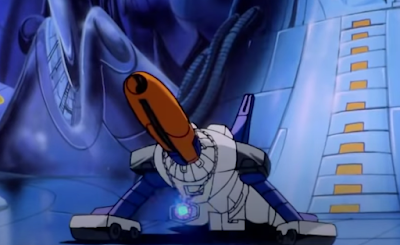 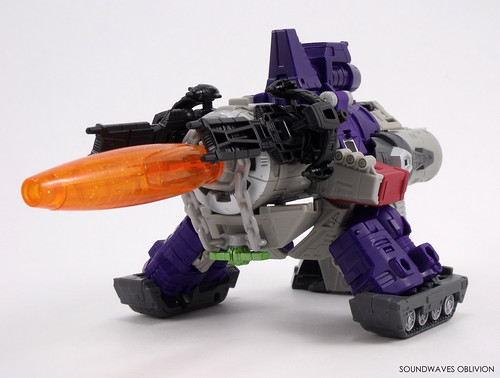 Overall this is a fantastic figure and Hasbro have certainly gone the extra mile to give us a toy accurate version, a reformatting version as well as the original cartoon accurate version. 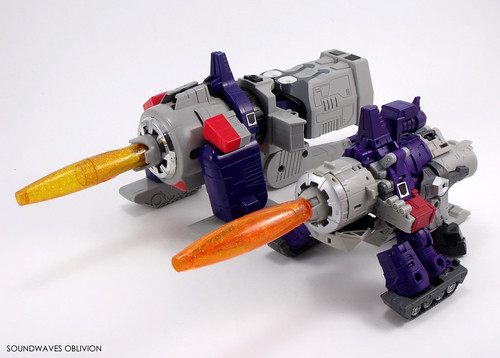