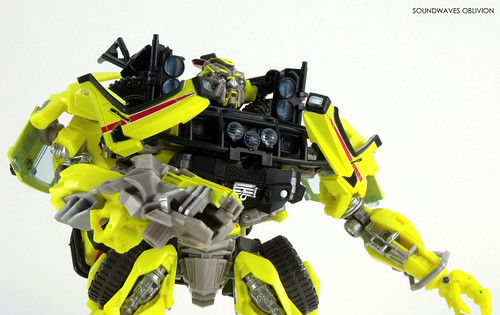 Without a doubt the Movie Masterpiece version of Autobot Ratchet is the best Hasbro and Takara Tomy have released and this release completes the Autobot cast from the original 2007 live action film. 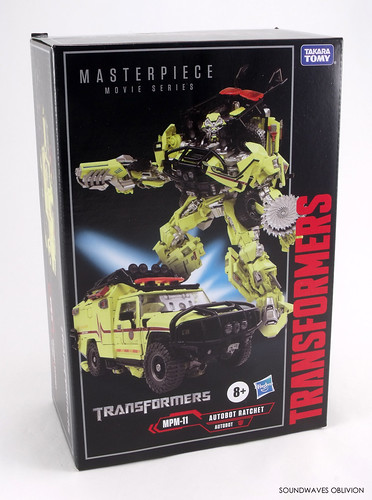 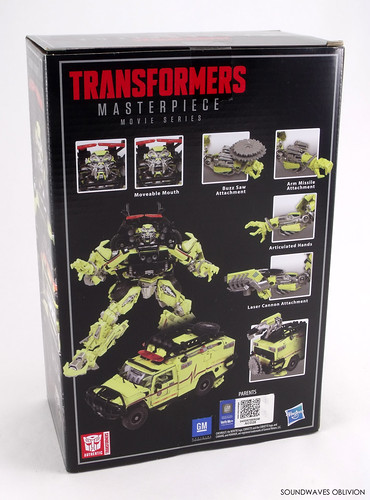 The figure itself is one of the better Masterpiece Autobots and does not have the issues plaguing Optimus Prime or Ironhide. Ratchet comes packaged in vehicle mode along with several accessories including his gun, buzzsaw and two missile pods. All these accessories do attach to the vehicle mode but only the smaller missile pods hide away on the underside of the vehicle. 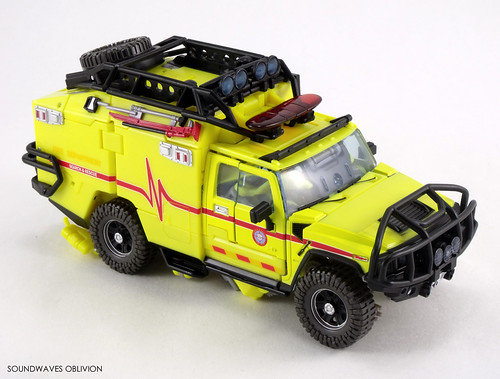 Unlike the original G1 Ratchet who transforms into a white ambulance van, Movie Ratchet transforms into a large lime green Search and Rescue vehicle, custom built from a Hummer H2. The figure is cast in green plastic but does have painted detailing which may scratch if you aren't careful. The doors and front wings (fenders) are painted clear plastic which matches the main green plastic. Some more great detailing on the vehicle mode is the tool storage on both sides of the vehicle mode which include a spade, wrench, axe and what appears to be a sledgehammer. These details are present on the original 2007 Voyager figure but they aren't painted. 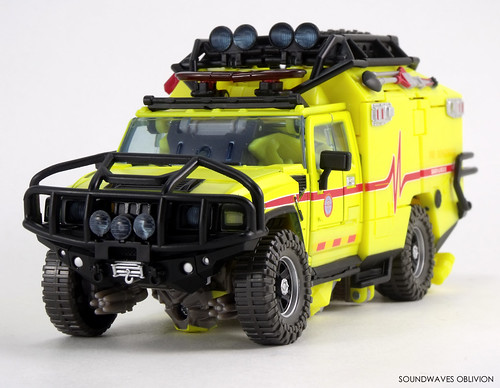 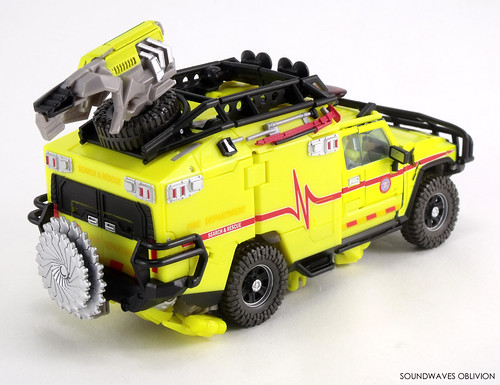 Transformation to robot mode is quite complicated and the instructions that come with the figure are not great so I’d recommend watching a few transformation videos on YouTube. The front wings / fenders are susceptible to pop off at the ball joint but if that happens ts easy enough to put them back on. 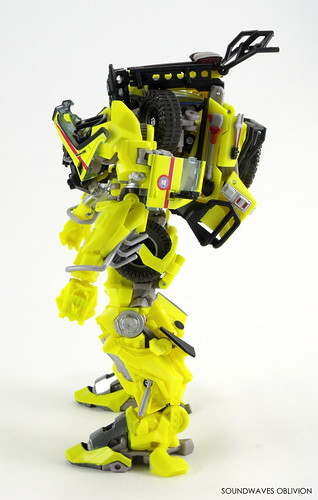 The robot mode is very well proportioned and quite articulated. There is a bit of a backpack which compresses down quite well and it also allows for waist rotation. The arms have very stiff ratchet joints and the hands are quite unusual. The gun and buzzsaw weapons tab into slots on the forearms and the missile pods also have slots on the left arm. The front wings / fenders are supposed to tab into the upper arms but this hinders articulation. The head sculpt is incredibly detailed and featured piercing blue eyes as well as an opening mouth gimmick. 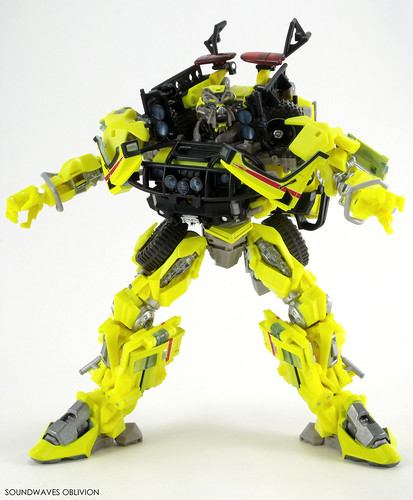 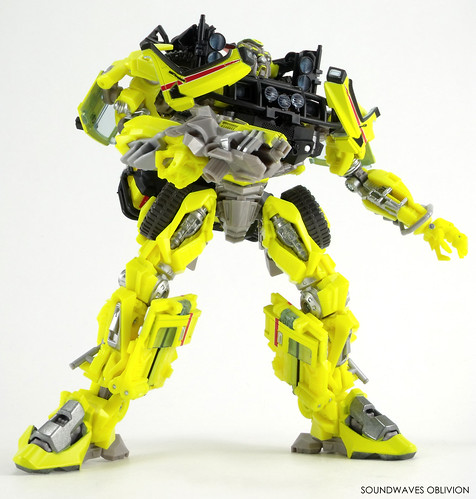 Overall MPM-11 Ratchet is one of the best Movie Masterpiece Autobots released, Optimus and Ironhide had the potential to be great but there are too many issues with those releases, Ratchet on the other hand is near enough perfect. 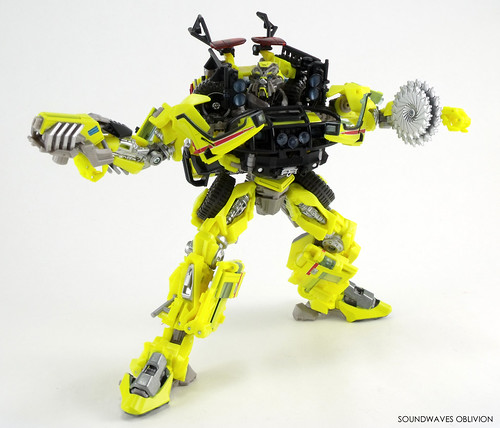 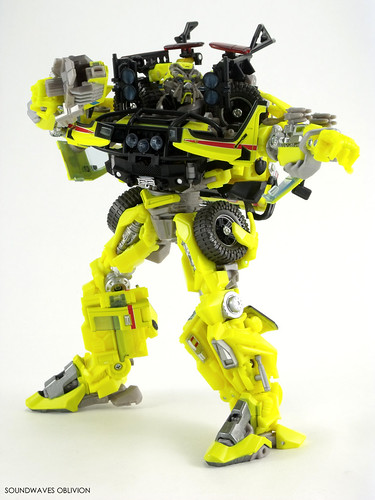