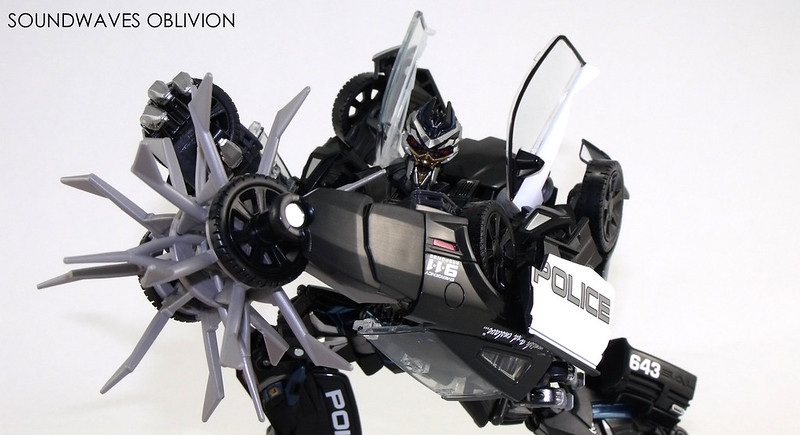 Barricade is one of the enduring characters from the live action Transformers movies albeit he was absent in "Revenge of The Fallen", only seen in footage in "Age of Extinction" and is reportedly one of the antagonists in the upcoming Transformers Bumblebee movie. 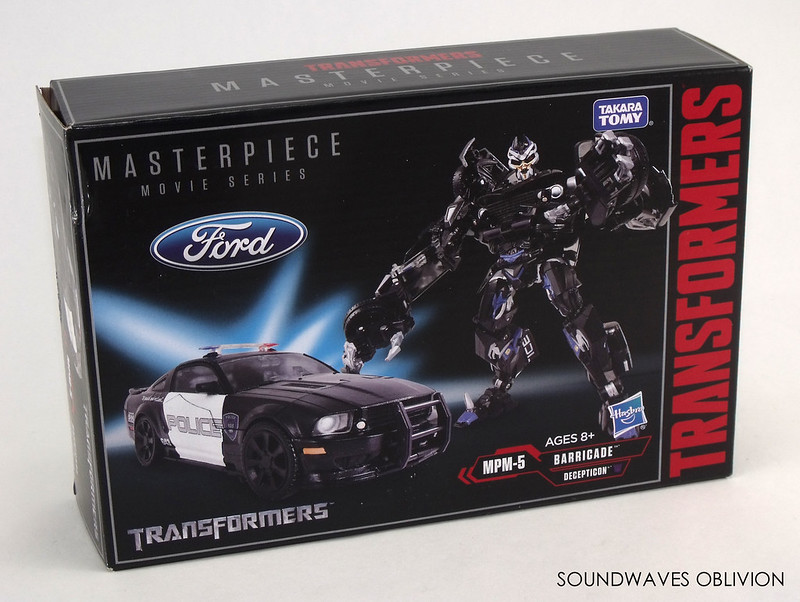 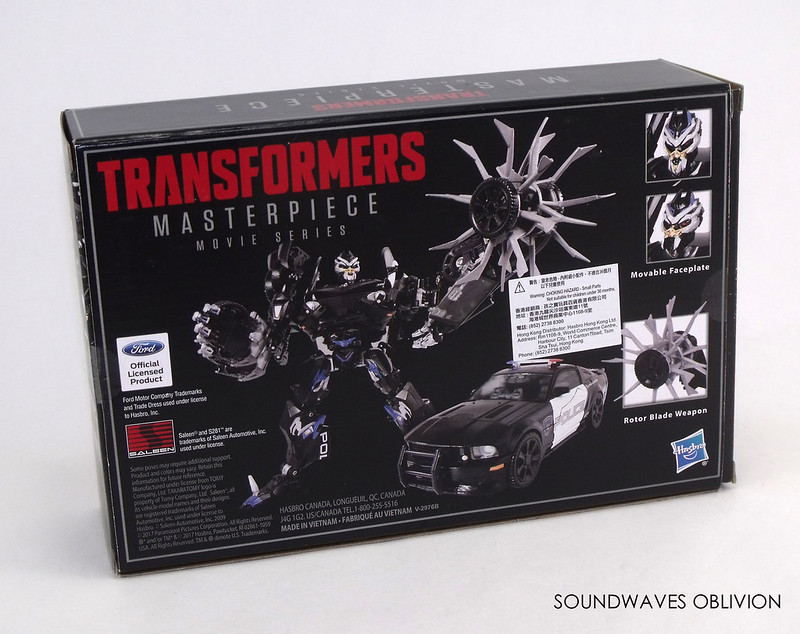 Although an original character for the Transformers 2007 film there were two other unrelated "Barricades" released in the Transformers toy line, the first was a Micromaster released in 1990 as part of the Race Track Patrol Team which transformed into a blue Formula-1 race car. The second Barricade was a Deluxe figure released in 2005 in the Energon series and served as the head and torso for the combiner Bruticus Maximus. 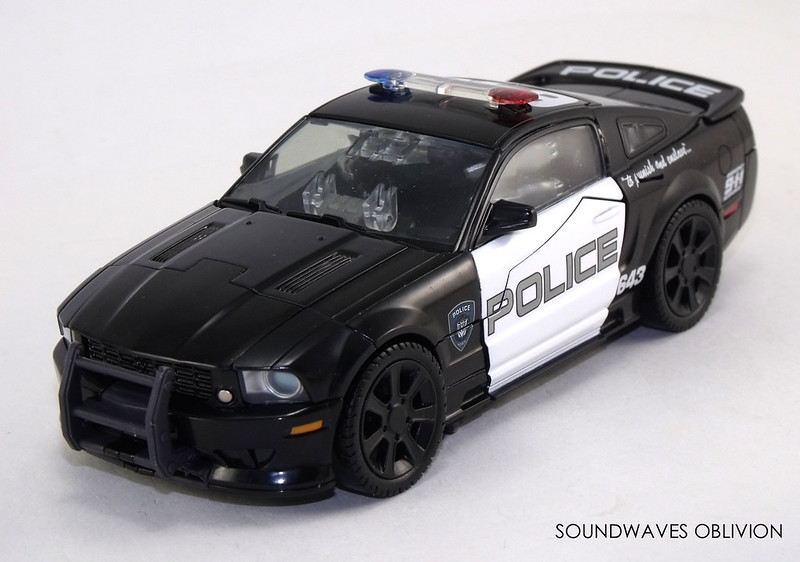 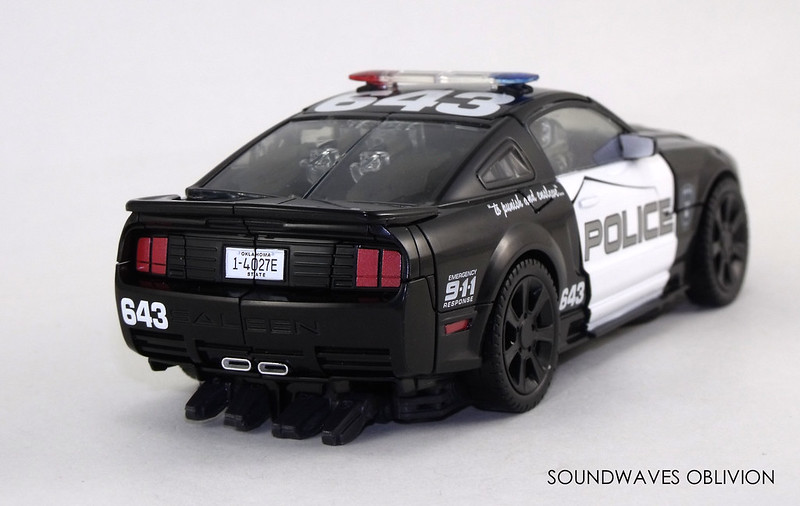 In early drafts of the 2007 film the writers tried to include Soundwave, in one Soundwave was going to be the helicopter to attack SOCCENT Base but was later renamed Blackout. In another Soundwave also infiltrates CIA Headquarters as a portable stereo and then mass shifts into a Humvee. This role was changed to Barricade and Frenzy.


For the production of the film, both Bumblebee and Barricade were created by Saleen Automotive which is mainly a tuning company. Barricade's vehicle mode is based on Saleen's 281-E (Extreme) production model which itself is a modified 2005 Ford Mustang. 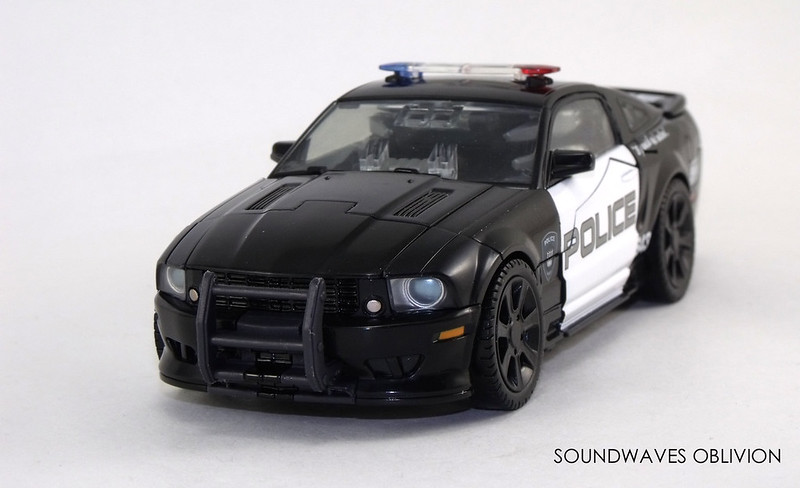 Barricades first Deluxe figure was released in 2007 and is licensed by Saleen, featuring the logo on the back of the package. From the Deluxe Interrogator Barricade from Revenge of the Fallen up to the Dark of the Moon Barricade, the figure is licensed by both Ford and Saleen. The Last Knight version is not a licensed vehicle mode. 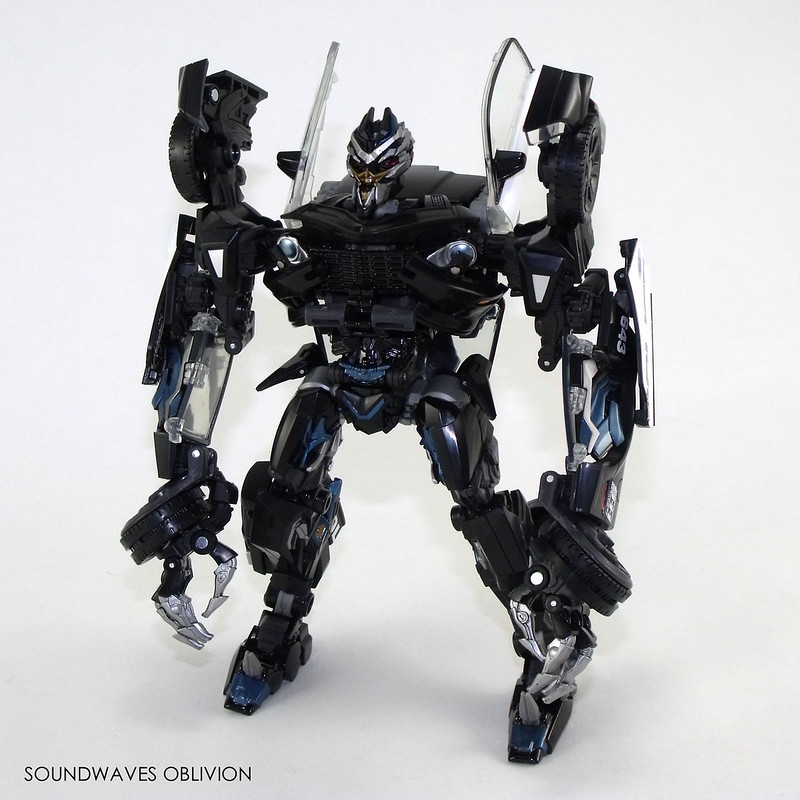 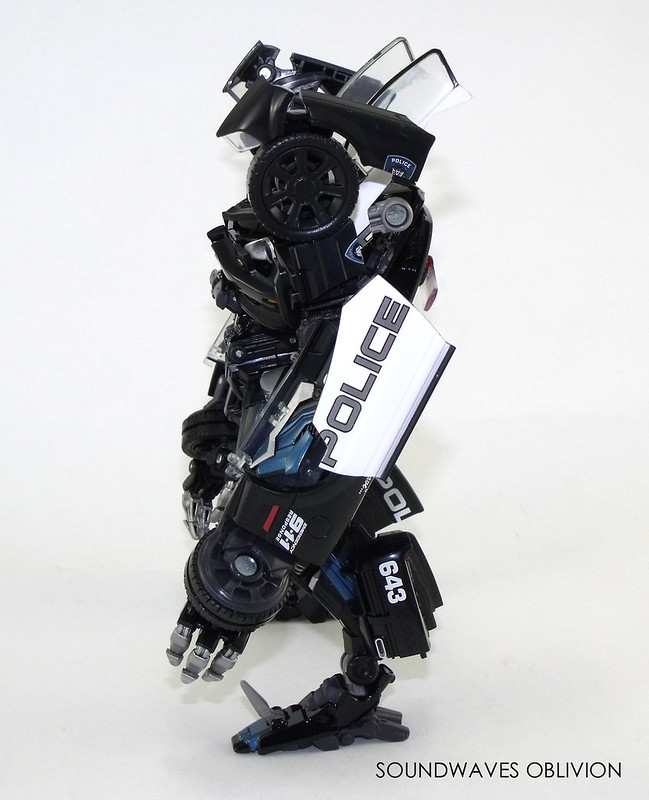 MPM-5 Barricade released early 2018 is fully licensed by Ford featuring the logo prominently on the front of the box. Barricade is packaged in vehicle mode alongside his spinning bladed wheel weapon which itself comes with a clear plastic stand. The vehicle mode is an accurate depiction of what we see on the screen, the only jarring thing about the vehicle mode is the car doors have a panel line running through them. It is necessary for transformation but distracting nonetheless. 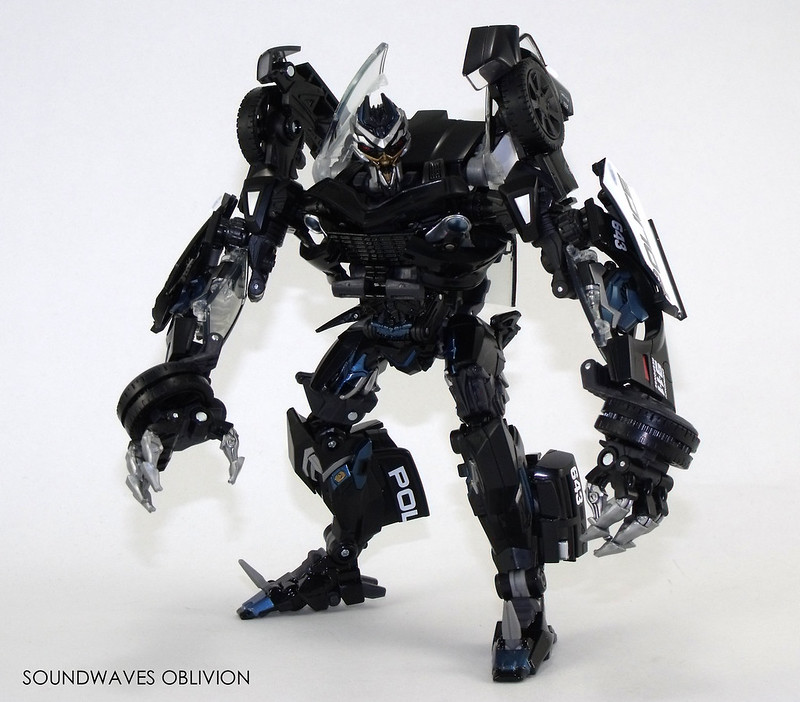 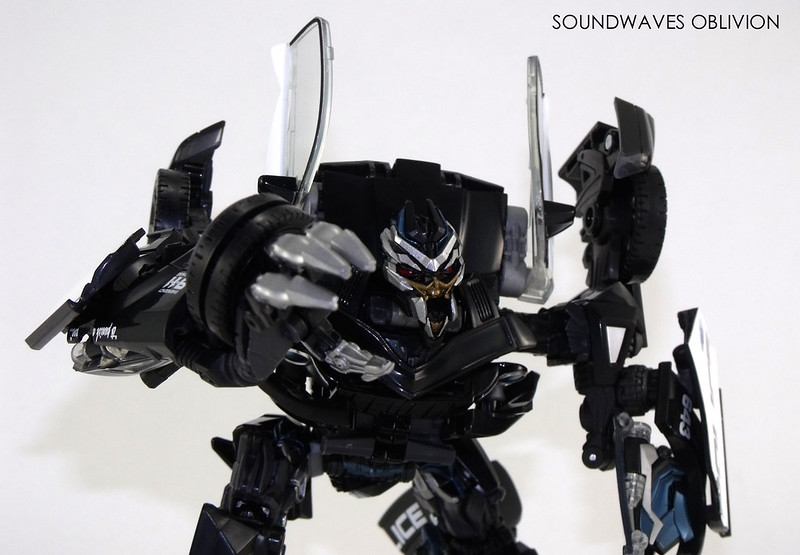 Transformation wise I found Barricade a lot more interesting and easier than Bumblebee's, the slight separation of the tyres on the hands is also a nice touch. In robot mode, MPM-5 has to be the definitive Barricade. Unlike the original Deluxe figure, MPM-5 is highly posable, everything plugs into place and holds firm. Each Movie Masterpiece figure appears to have a head gimmick; with Bumblebee and Optimus Prime they have battle masks but for Barricade the mouth opens and closes. As Barricades spinning wheel weapon does not hide anywhere within Barricade in robot or vehicle mode it has its own clear stand. To attach this to Barricades left arm, the arm has to be transformed back as if reverting to vehicle mode and it clips in quite firmly and achieves a menacing look. 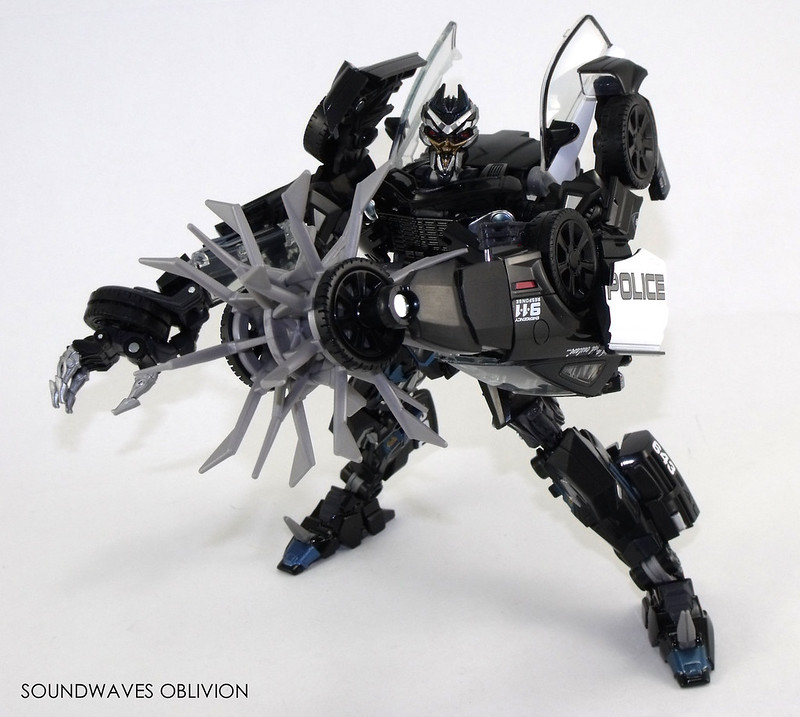 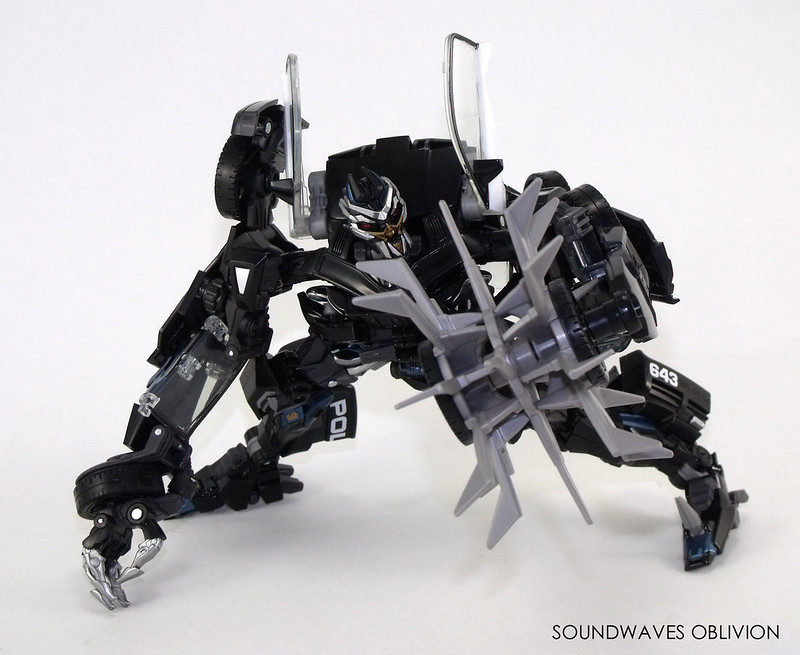 Overall in my opinion this is the best Movie Masterpiece figure released so far, the only downsides are the panel lines in the vehicle mode and it does not come with a Frenzy figure. 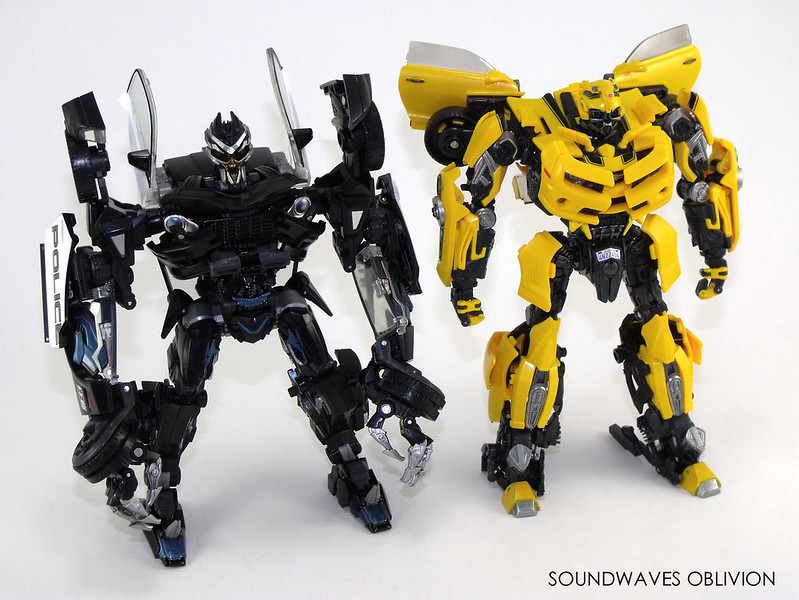 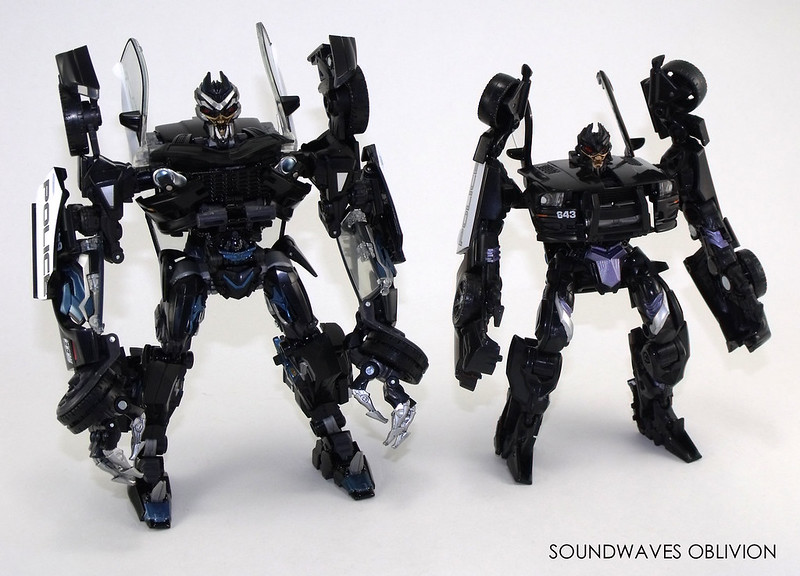 View the full gallery here on Flickr.
Posted by Jeremy Barlow at 08:55