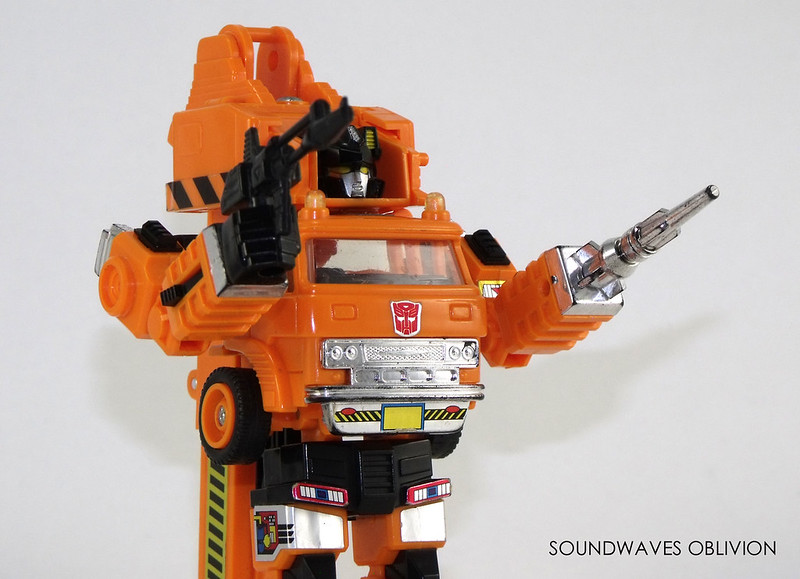 Grapple
Function: Architect
Motto: "Beauty is in everything except war."
On Cybertron his buildings are considered works of art...on earth his ideas limited by war. Takes pride in his work, prone to severe depression if they're destroyed in battle. As a crane can lift up to 35-ton object and position it with precision and grace. As robot has high-temperature arc-welder rifle...can launch rockets 4.5 miles from wrist sockets. Prone to breakdowns in vehicle mode.
STR:8; INT: 8; SPD: 3; END: 4; RNK: 7; CRG: 7; FPR: 7; SKL: 9 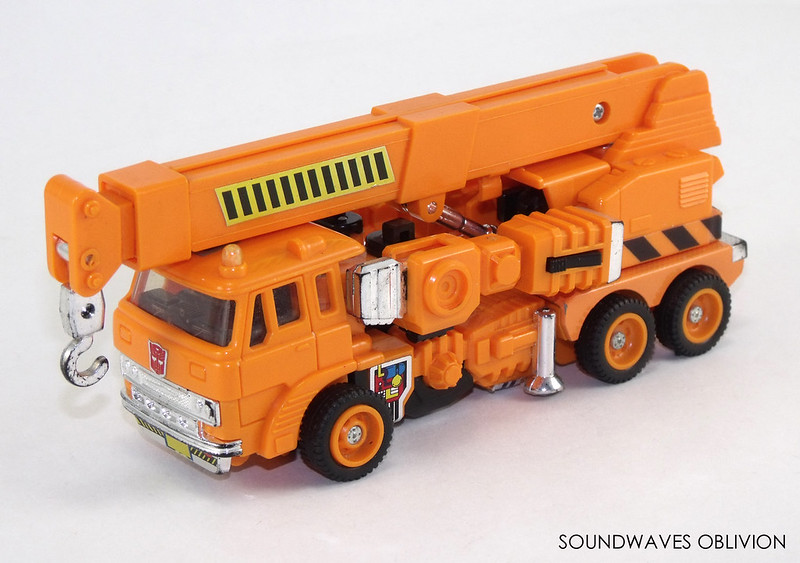 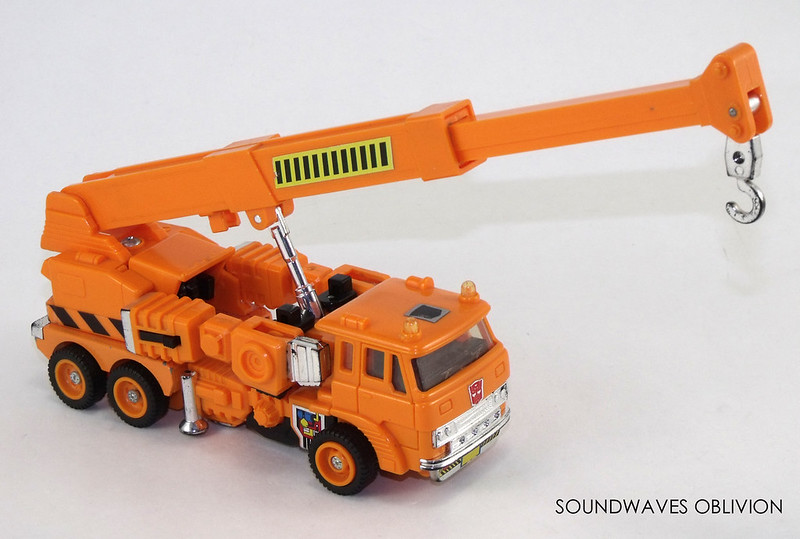 Grapple was first released as "Truck Crane" in Takaras Diaclone line in 1984. The Truck Crane was a redeco and remould of the "Fire Truck Long Ladder Type" (Inferno). The Transformers  version was released in 1985 and was very similar to the Diaclone release, the main difference is the foldable neck connector is chromed on the Diaclone release and is unchromed black plastic on the Transformers release. The Japanese Diacone version also features a moulded Mitsubushi Fuso badge below the windscreen of the cab; on the Transformers release this has been smoothed out and it is where the instructions tell you to place the Autobot logo. The Italian GiG Diaclone version (Camion Gru) is the Transformers version with the Diaclone sticker sheet; this too has the black neck connector and the Mitsubishi logo has also been removed. 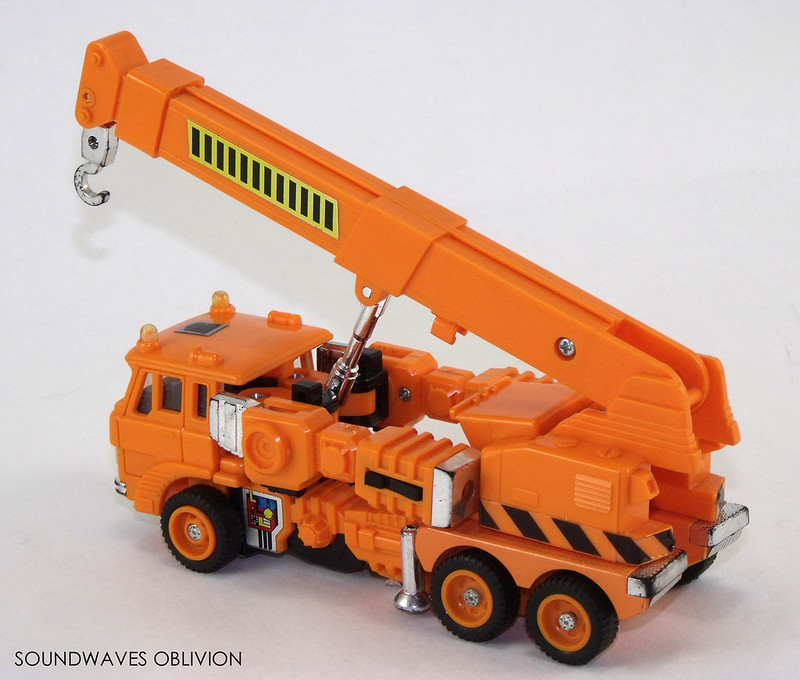 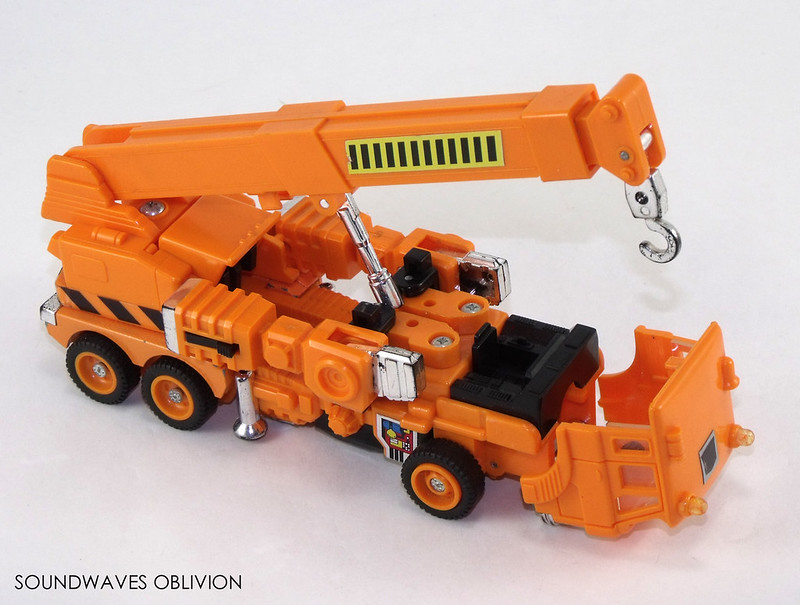 Grapple features spring loaded forearms where you can replace his fist for a missile but like the other Transformers from the Diaclone line, the springs were made much weaker so the fist or missile just fall out when the button is pressed. 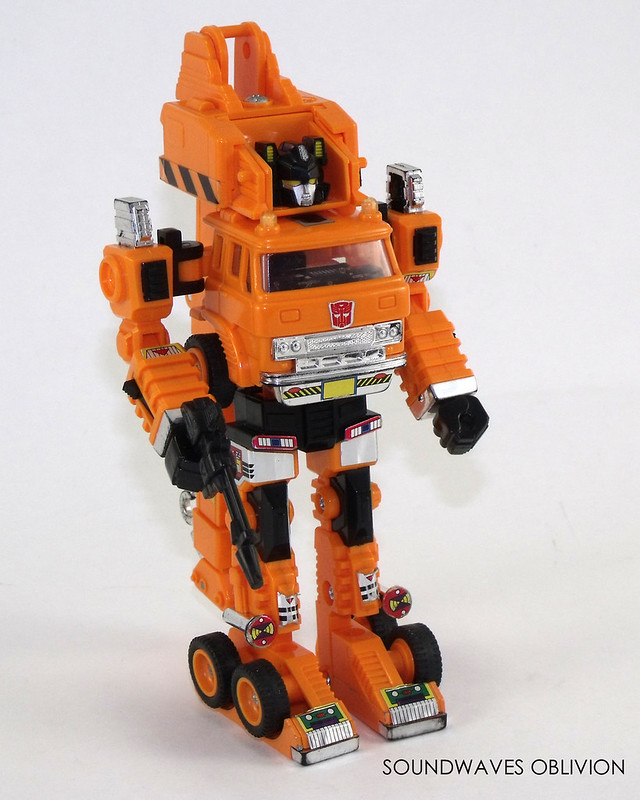 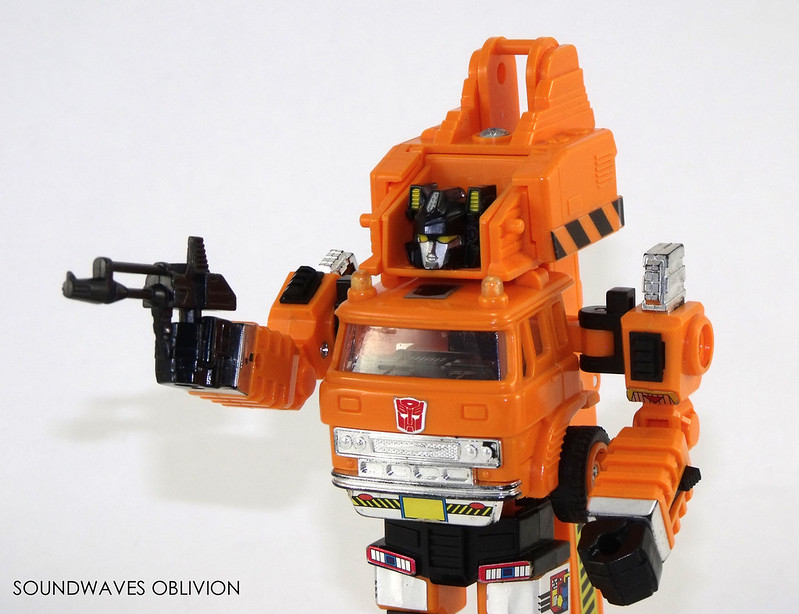 In the cartoon series, Grapple first appeared in Dinobot Island Part 1 which aired in 1985, however Grapple did appear with a different name in the first episode, More Than Meets The Eye Part 1. In this episode you see an orange truck crane called Hauler by the other Autobots. The truck does not transform and this is the last you see of him. e-Hobby retconned Hauler as a new character and released "Road Hauler" as an exclusive in 2003. Road Hauler used Grapples mould but was changed to a lime green colour to match the Constructicons. 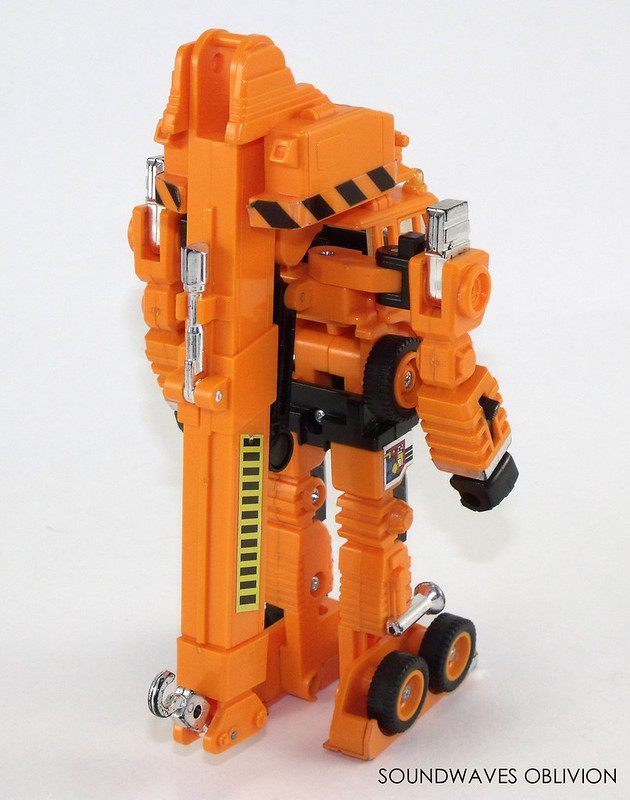 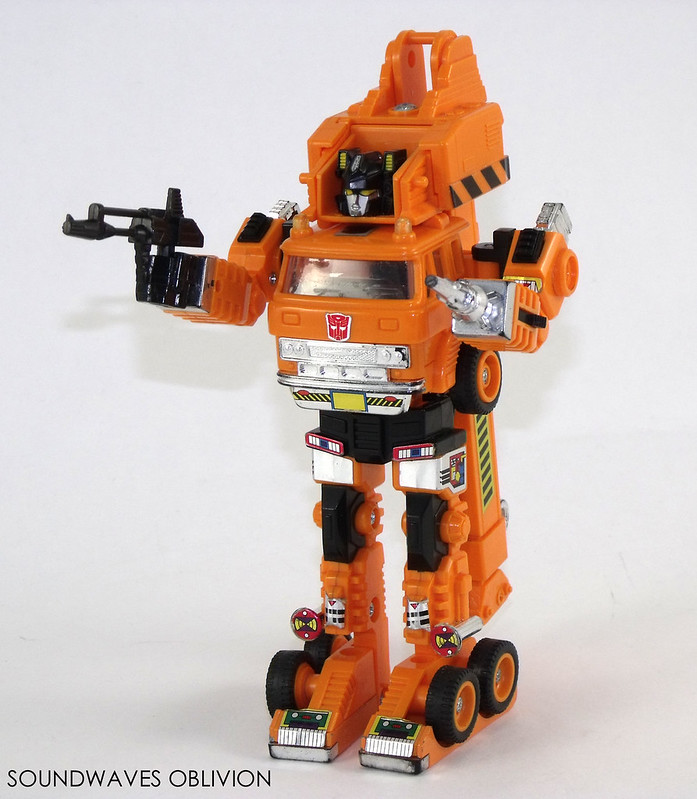 
There are no photographs of the Joustra Diaclone version, the actual toy is more than likely to be identical to the Transformers / GiG version. 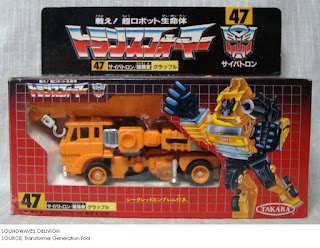 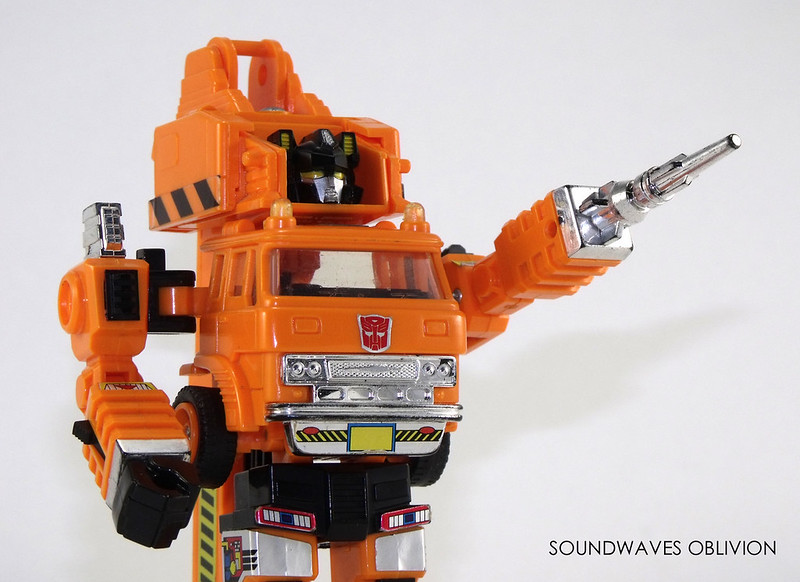 View the full gallery here on flickr.
Posted by Jeremy Barlow at 12:44