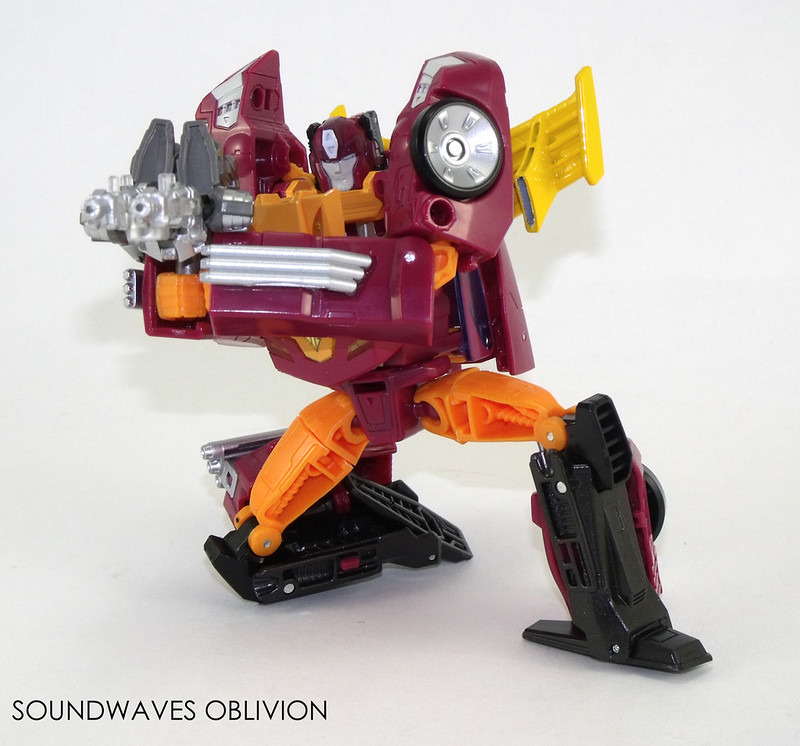 Profile Translated from the Instruction Manual
LG-45 Targetmaster Hot Rodimus
Targetmaster Warrior
Profile
Profile: Since Rodimus was freed from the burden of leadership, his daily adventures in this fresh new world constantly revitalise him. For Rodimus, meeting his new partners and powering up into a Headmaster and a Targetmaster are just outcomes of routine adventures. All these experiences are preparing him for the time when he will resume the mantle of leadership.
STR:6; INT: 5; SPD: 6; END: 8; RNK: 5; CRG: 10; FBL: 7; SKL: 6 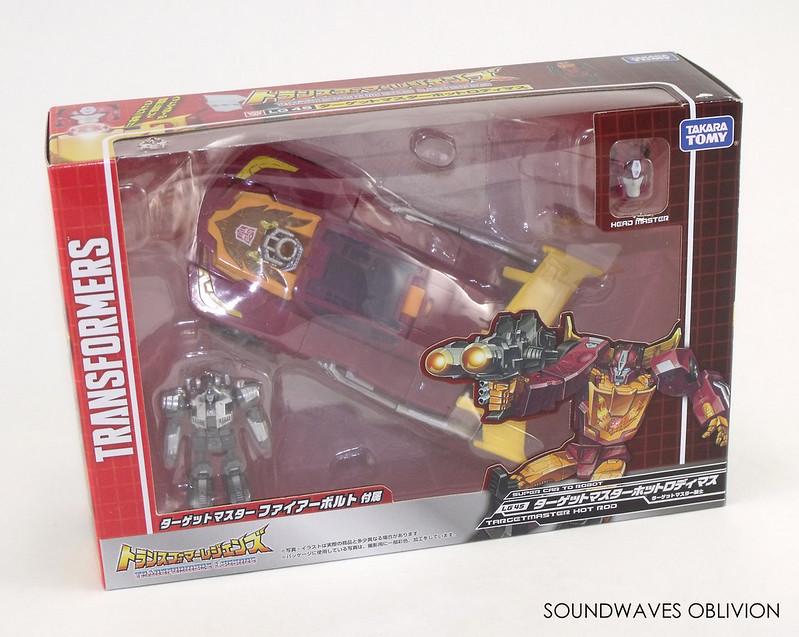 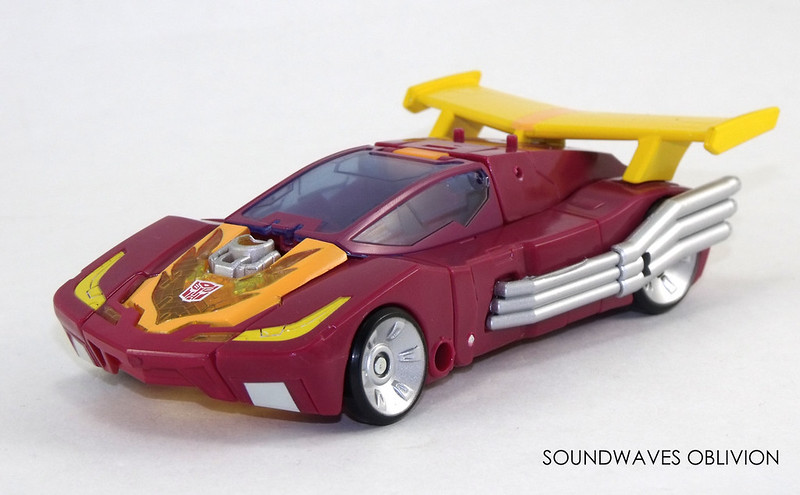 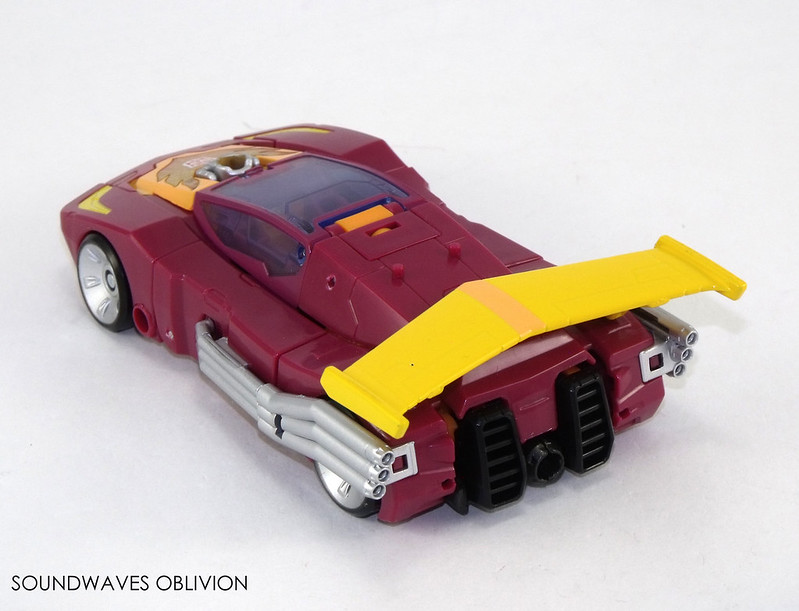 As with most of their figures Takara Tomy go one step further than Hasbro with their domestic releases and Hot Rodimus is no exception. As well as the colour the main difference with this figure is that it comes with a new Targetmaster figure, Firebolt. As with he original 1987 Targetmaster Hot Rod which only saw a domestic release in Japan in the Transformers Collection series in 2004, Firebolt transforms into a gun and can be held by Hot Rodimus in robot mode and in vehicle mode Firebolt fits into the engine block. Although Firebolt does not share the same colour scheme as the G1 counterpart, they share many design cues. 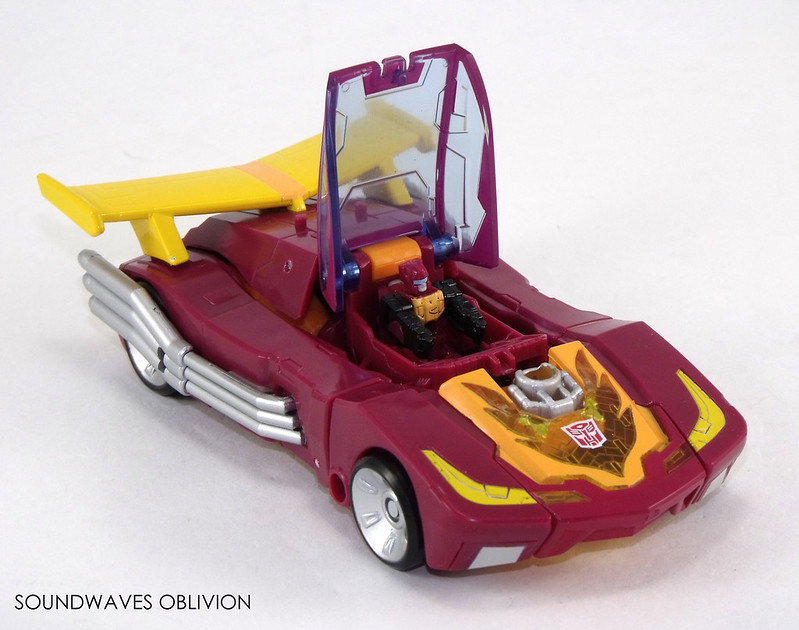 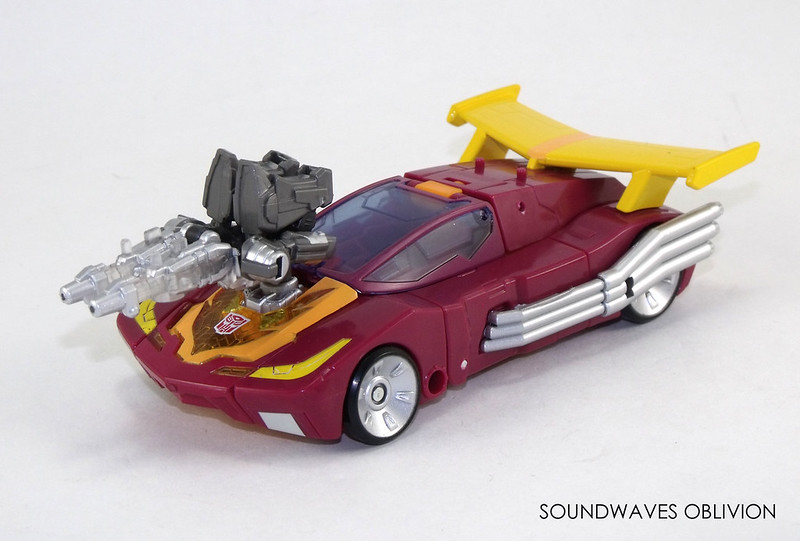 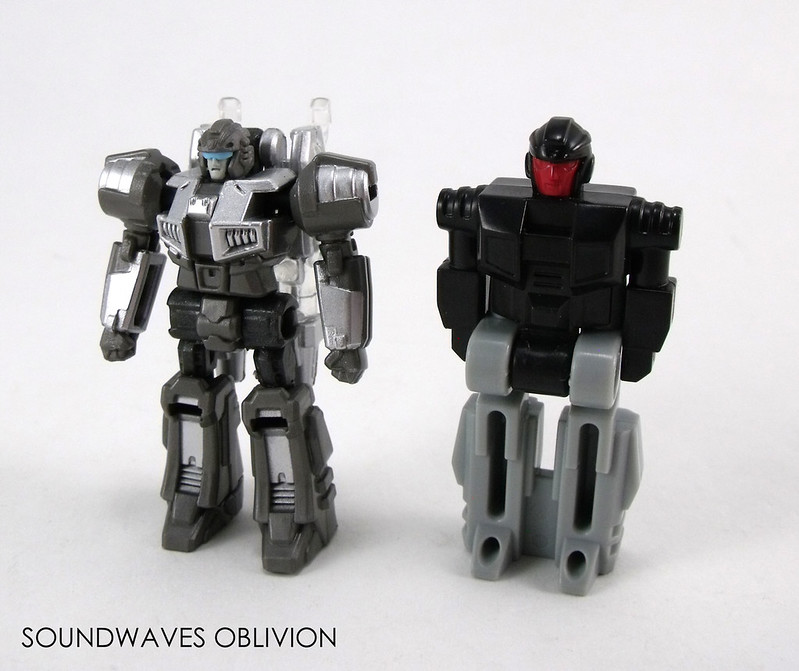 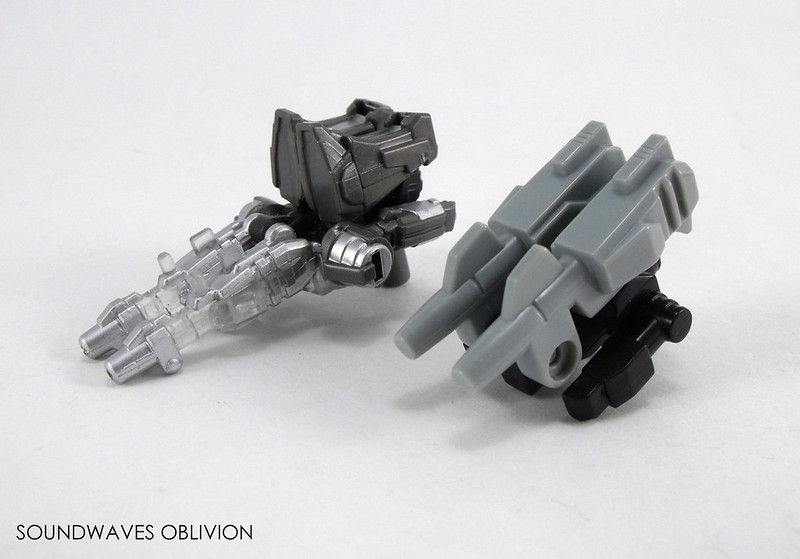 The small unnamed Headmaster figure has now been painted in Hot Rodimus colours rather than the flat uninspiring grey of the Titans Return figure, Firedrive. 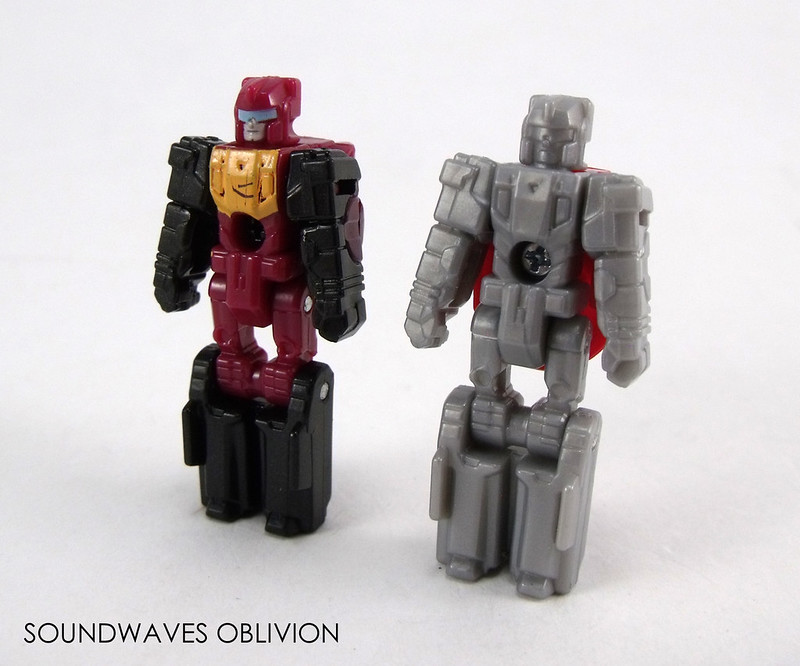 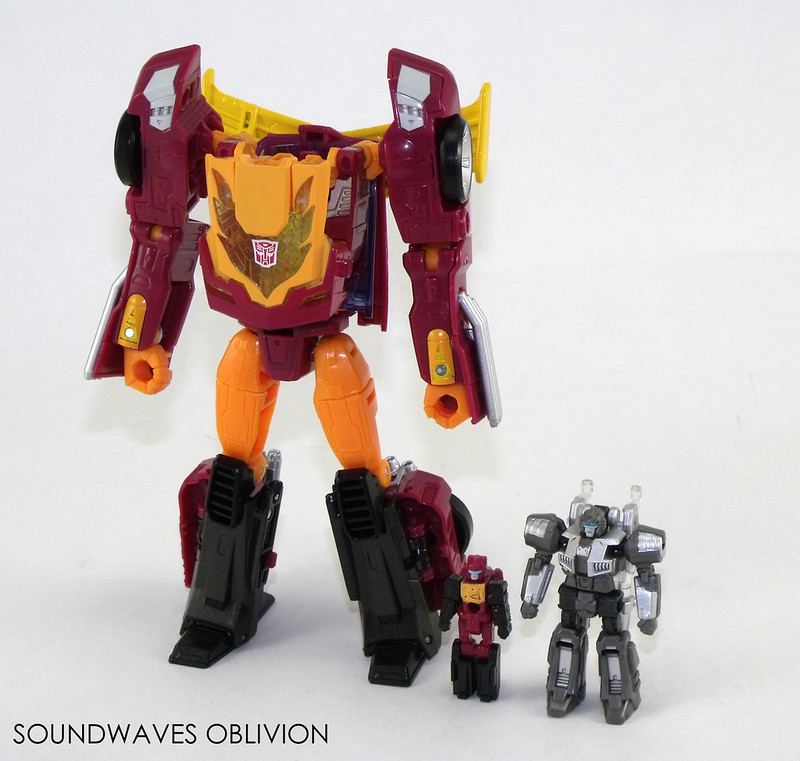 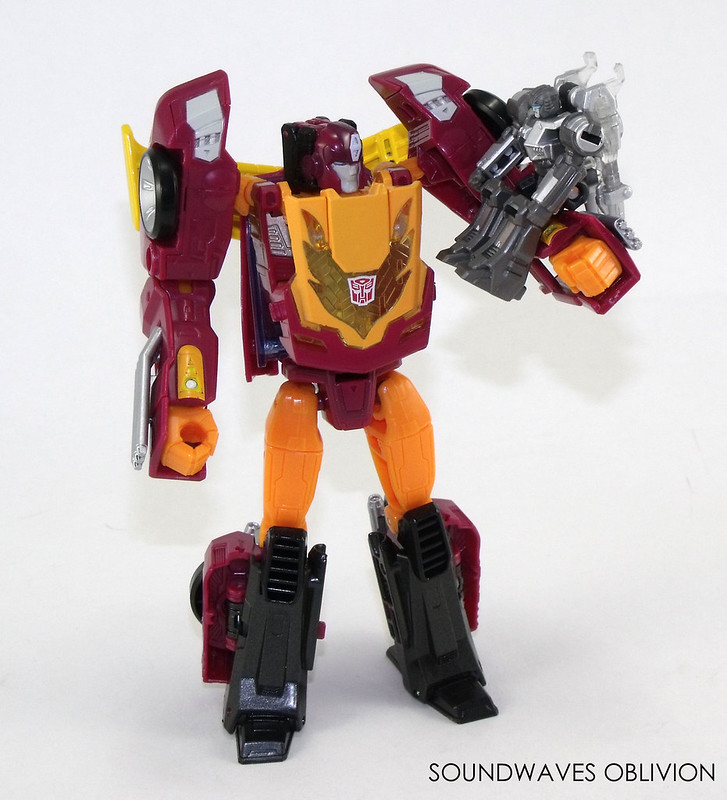 To accommodate Firebolt in vehicle mode, Hot Rodimus chest has been retooled and in my opinion improved from Hasbro's Titans Return figure. The Titans Return chest was cast in red plastic and the bottom of the chest folds backwards to reveal the robots abdomen. The Legends chest is cast in orange translucent plastic and is painted. The flame decals are left translucent which is an interesting choice, the bottom of the chest piece no longer folds making this more G1 accurate and the engine block rotates to hide it. The only problem with the new chest is that it wont easily peg into the body to secure it in robot mode and as it is made of translucent plastic making this brittle, you cant even force this to peg in without the chance of the tabs snapping off. 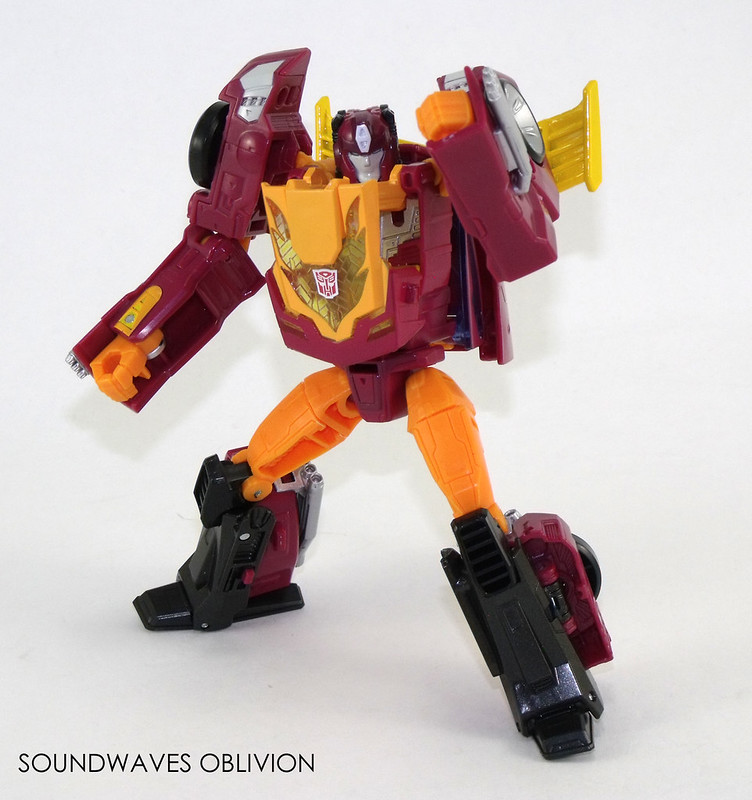 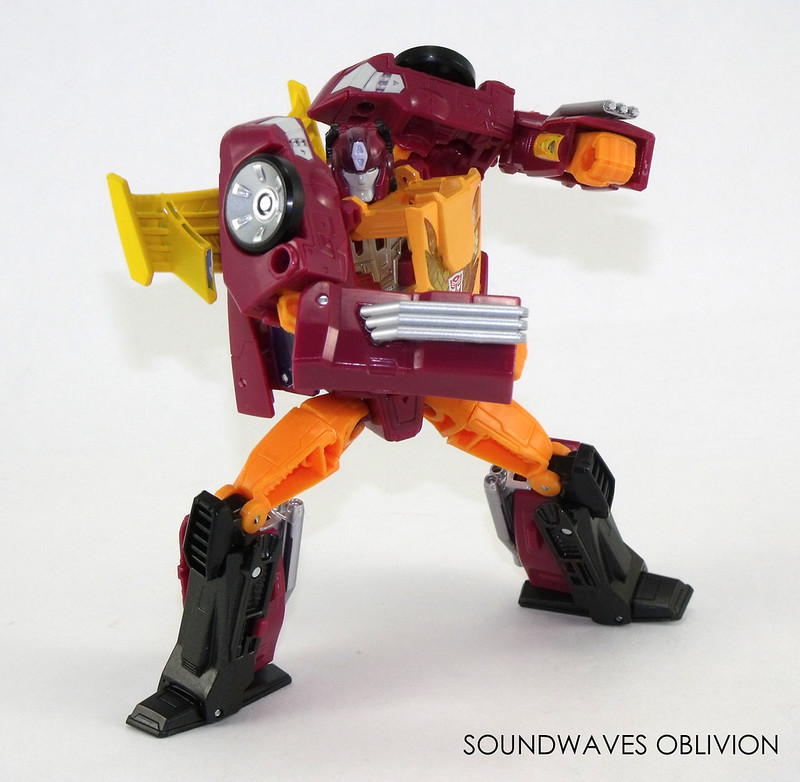 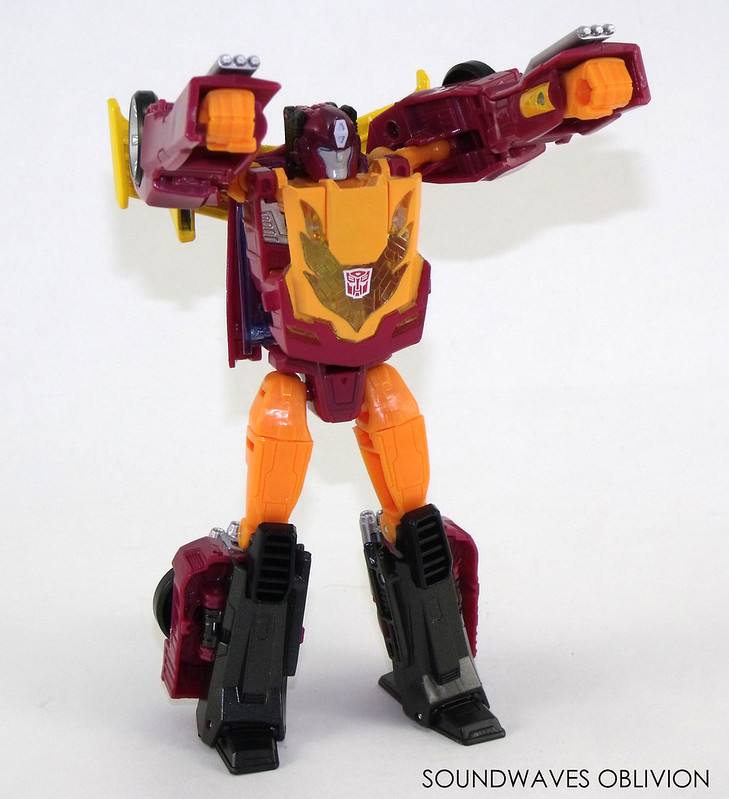 Legends Hot Rodimus has been coloured accurately to the G1 cartoon version and is now maroon rather than the bright red of the Titans Return figure. The maroon plastic Takara Tomy use is susceptible to stress marks and out of the box there are stress marks on the hinge of the vehicle modes canopy. 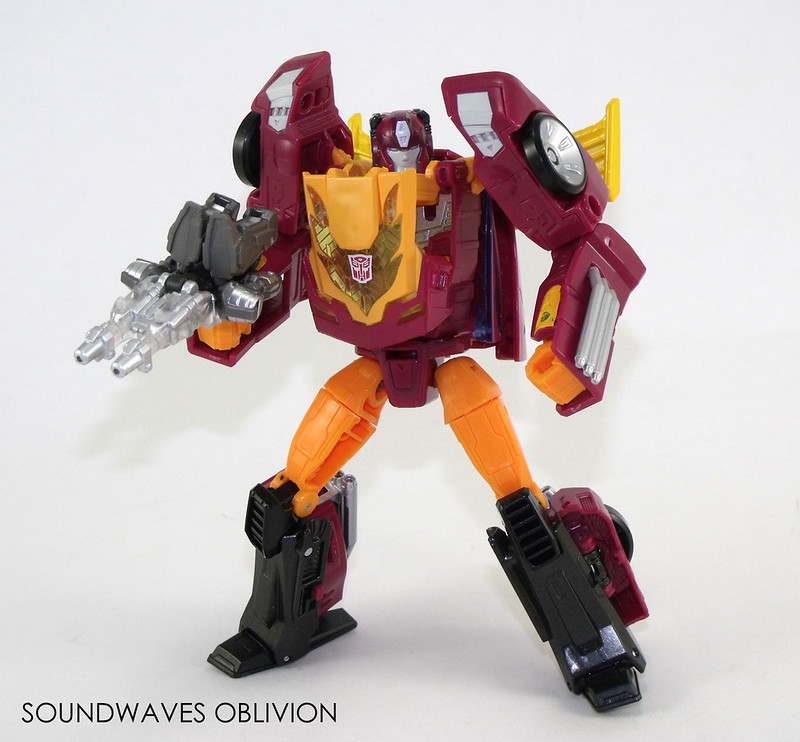 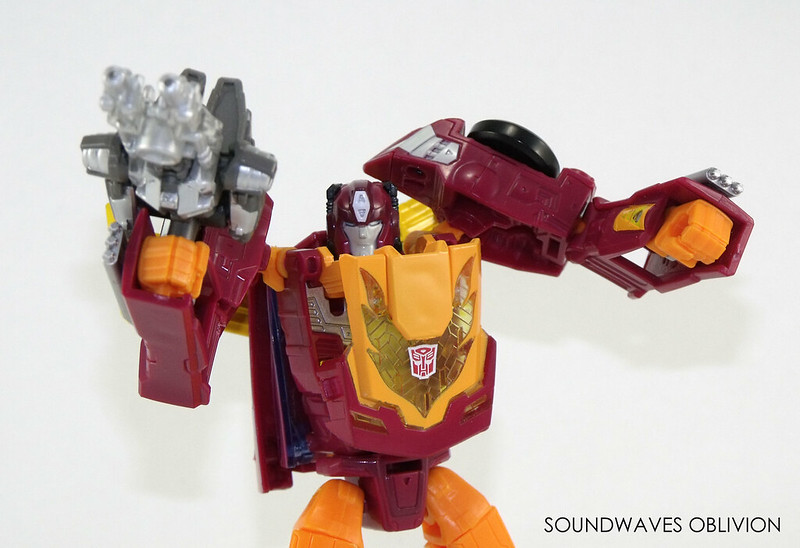 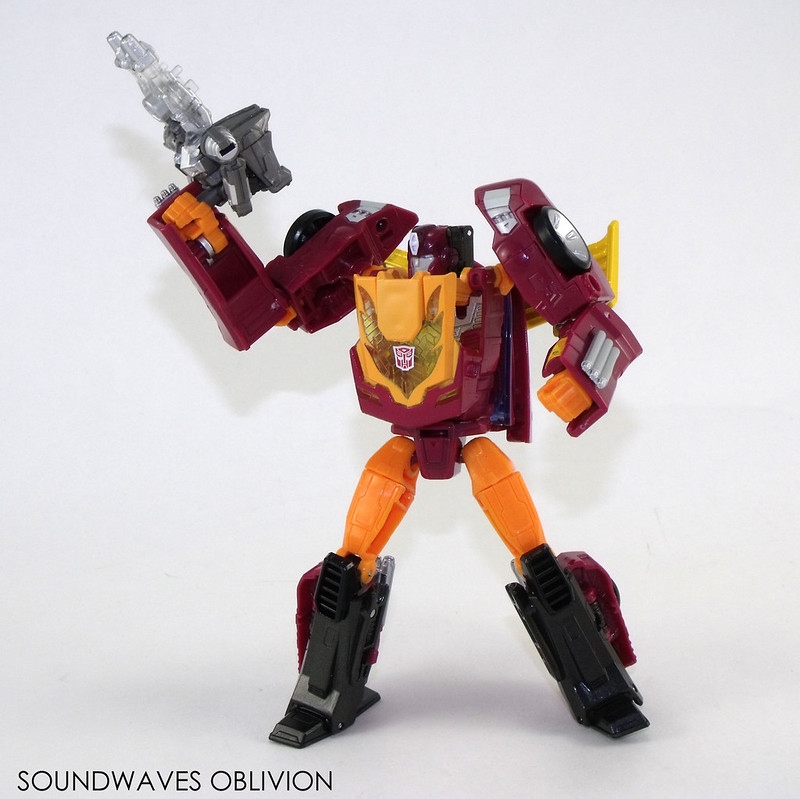 Overall the Legends version looks a lot better than the Titans Return version but is is double the price of Hasbros version retailing at 3,400 Yen which is around $30. For playability Hasbros version is better being of a more solid construction. 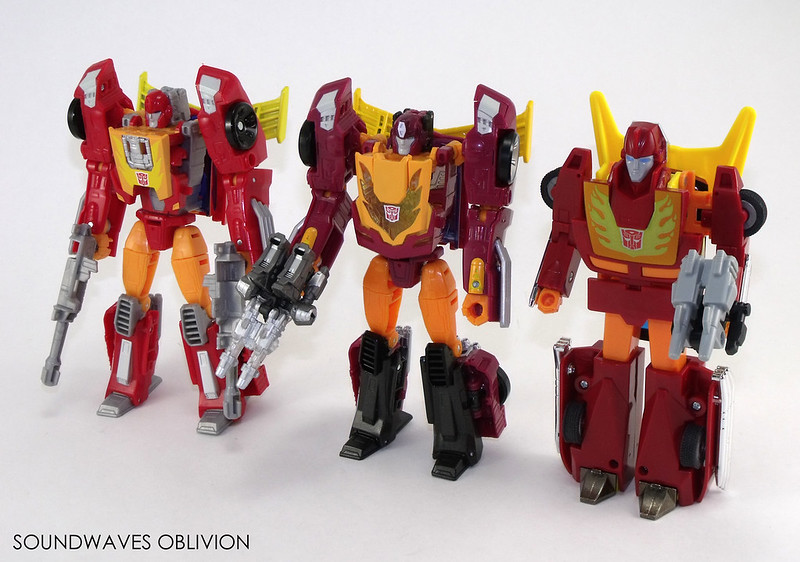 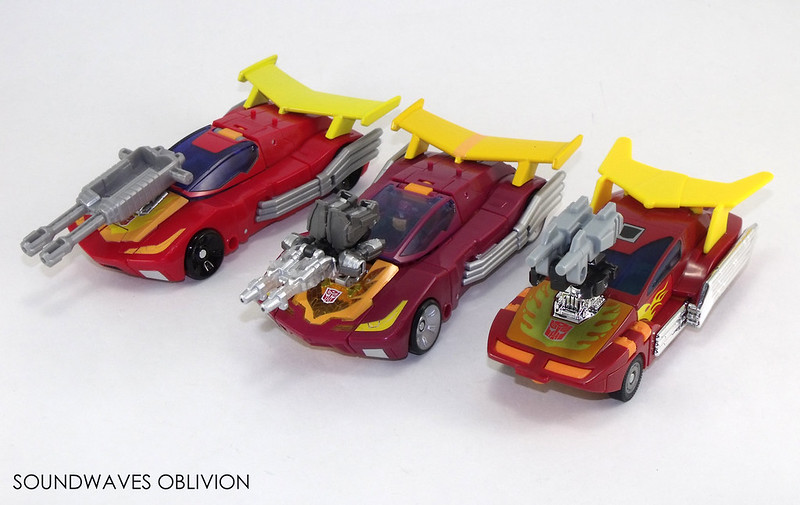 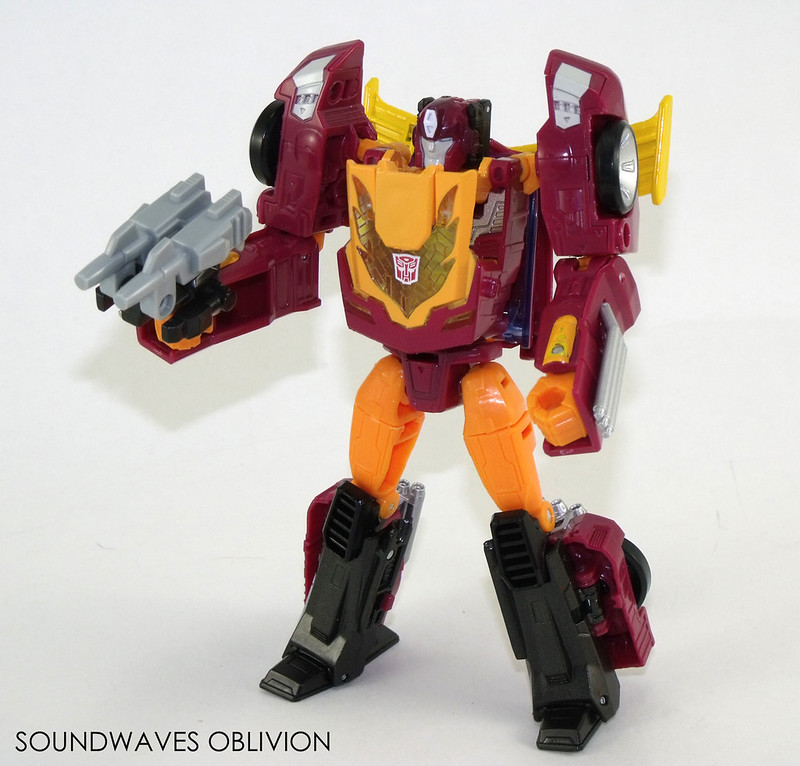