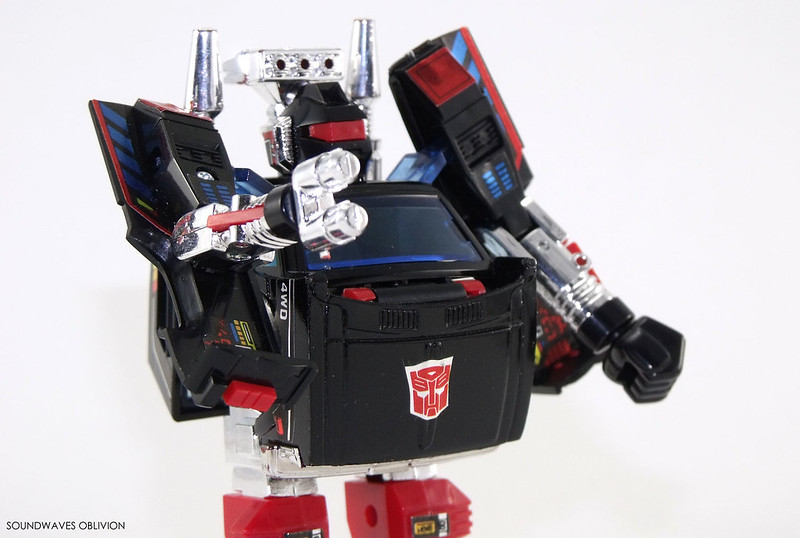 Function: Defensive Strategist
Motto: "An Autobot is as good as the fuel in his tank."
Trailbreaker makes light of any situation, no matter how serious. Practical joker and cheerleader, but considers himself a liability to Autobots since he consumes the most fuel. Lacks self-esteem and often asks to be left behind. Projects nearly impenetrable invisible force-field. Can jam radio transmissions. Very slow. Often mopes about his handicaps, but his bravery and defensive prowess is unquestioned. 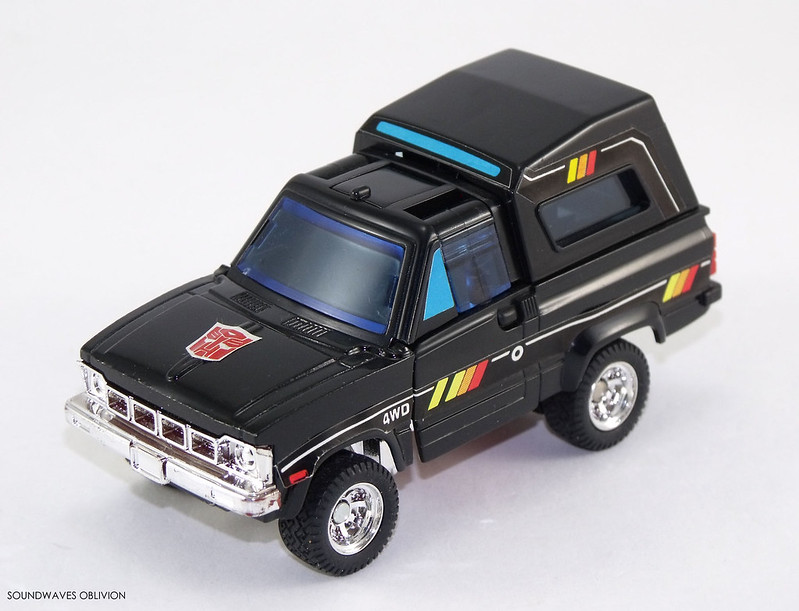 The 1984 Trailbreaker is one of my favourite figures from the original line, as well as being my first Transformer figure. All I have left of my original figure is one right fist. Luckily however I was able to acquire a mint boxed example. 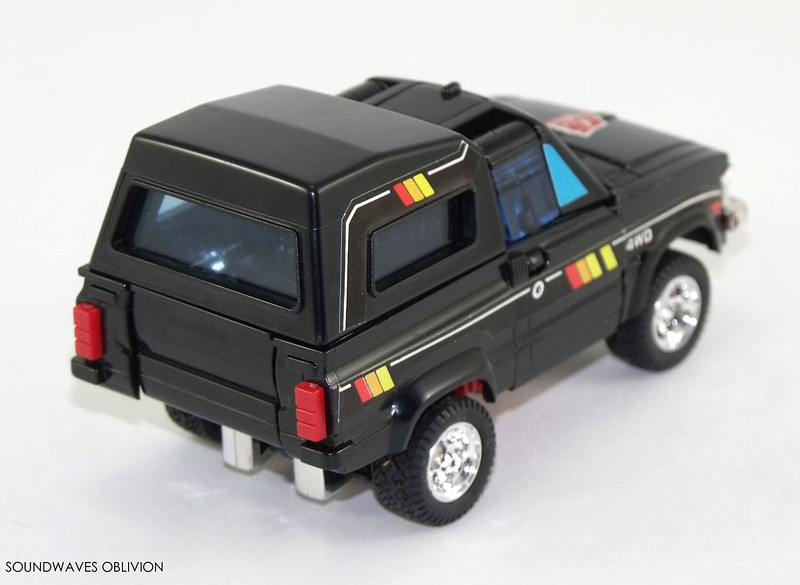 Trailbreaker transforms into a black late 1970's - early 1980's Toyota N30 Hilux 4x4 Camper van and has an opening hatch above the truck cab where a Diaclone pilot would have originally been seated. 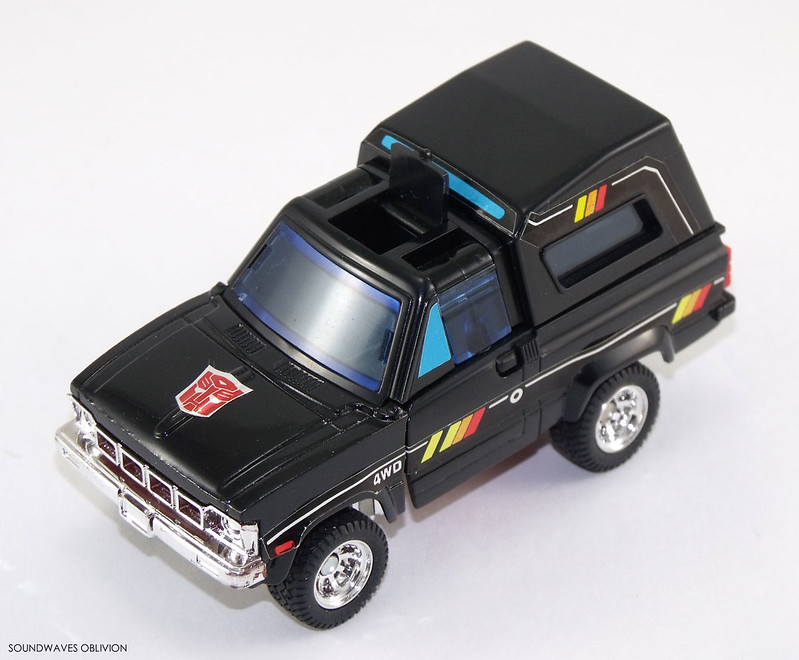 Just as many of the early Transformers, Trailbreaker features die-cast metal and rubber tires, and has quite a weight to the figure with the bonnet and feet being made of metal. The tires themselves have Desert Dog stamped on them just like Optimus Prime's tires. 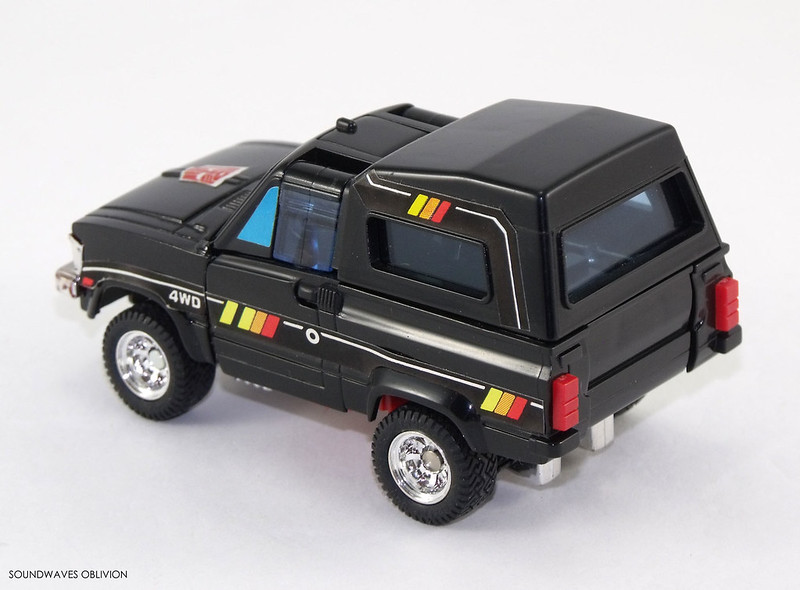 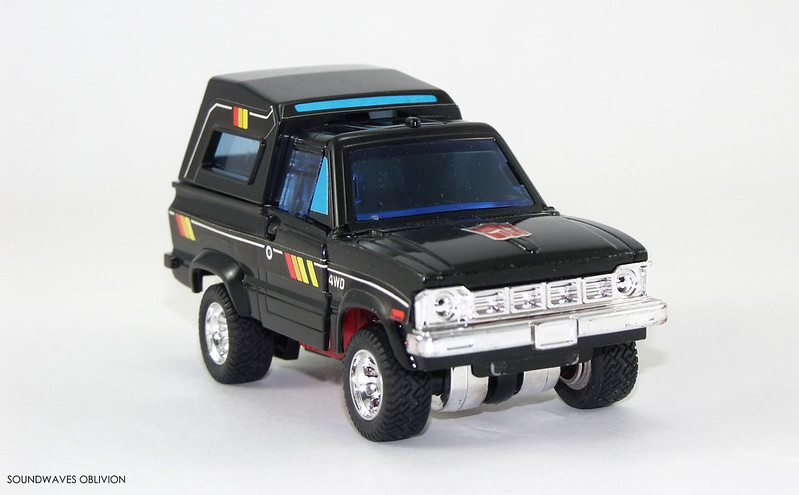 Transformation is simplistic and the robot mode has a squat chunky figure. There is no articulation on the legs, the head doesn't mode but the arms can turn at the shoulder and the arms can bend at the elbow. 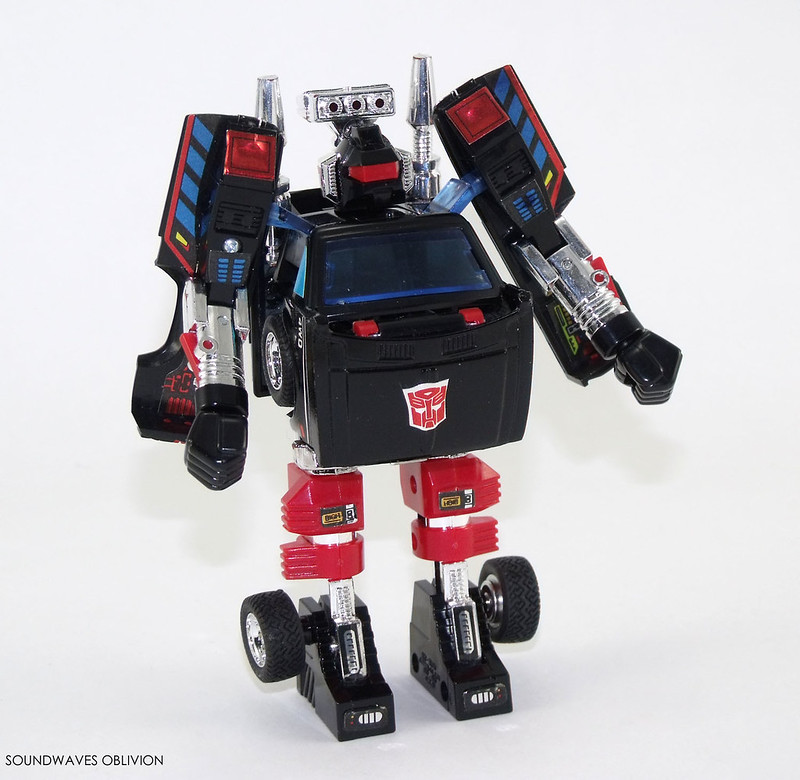 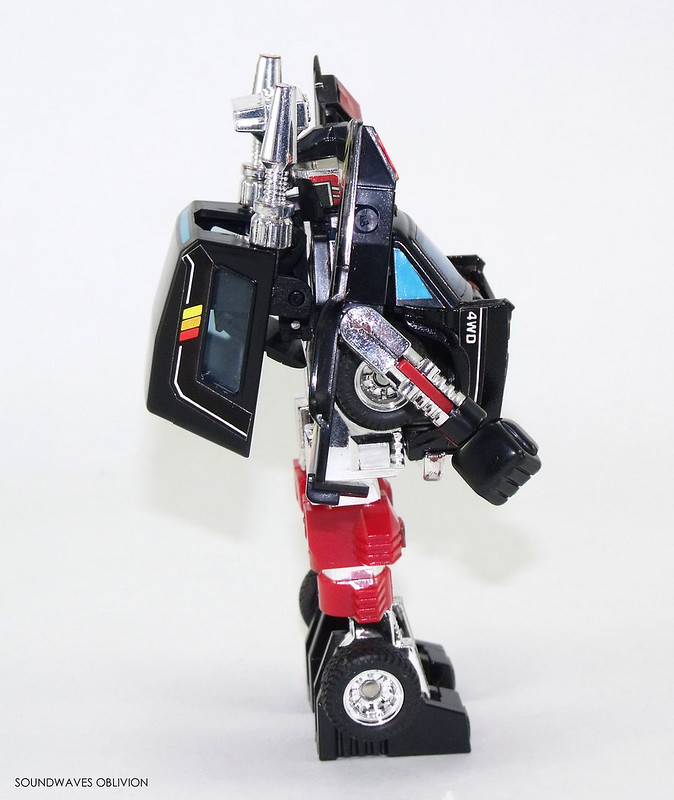 The animation model of the G1 cartoon looks nothing like the toy head which doesn't even have a mouth and features a red visor. 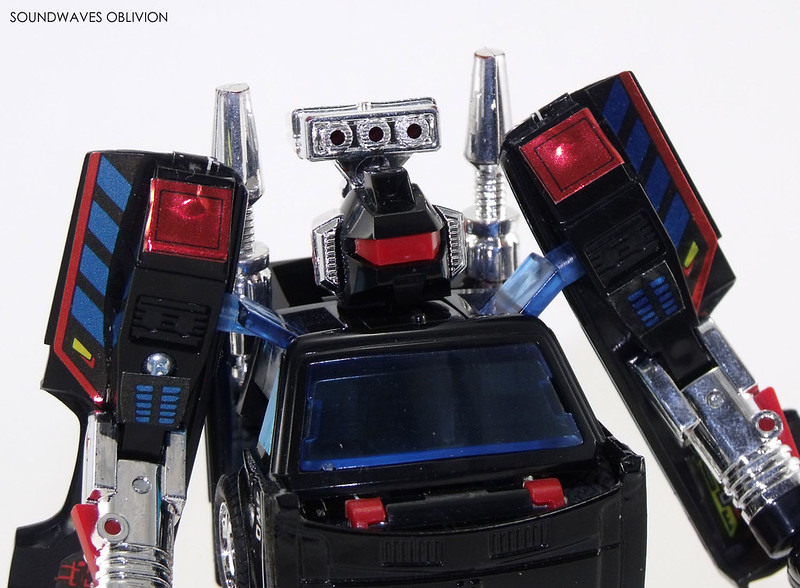 The wrists contain springs allowing the fists to be fired. Trailbreaker also comes with two types of chrome missiles. The long type clip into the robots "back pack" whilst the double pronged missiles can slot into the wrists. 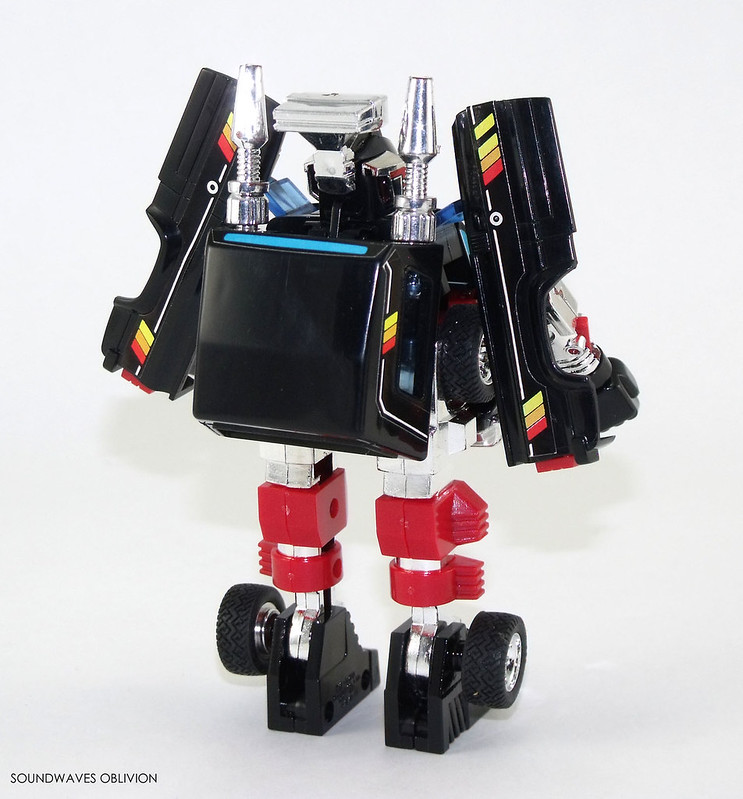 Trailbreaker is a solid G1 figure and certainly not as fragile as the likes of Prowl, Jazz or Sunstreaker. 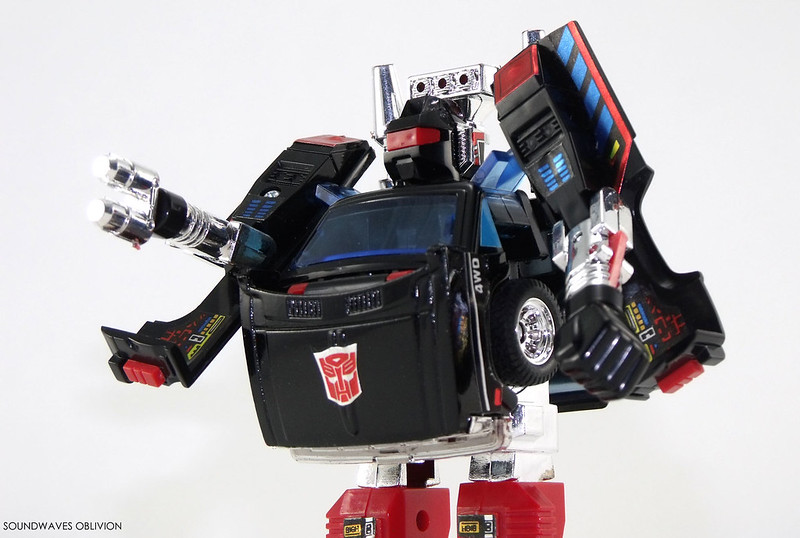 Since Trailbreakers initial release, the character was forgotten until a brief emergence in 2001 with an exclusive reissue in Japan. 7 years later he was reissued in Japan once more in the Encore line. 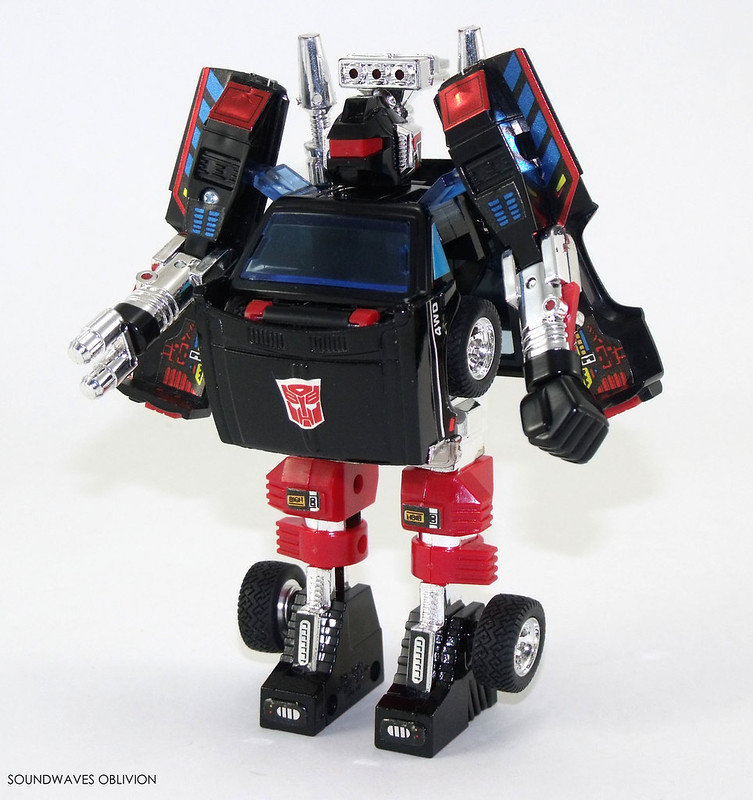 In 2011, Trailbreaker was released by Hasbro as a small Legends class figure, reminiscent of his G1 appearance, however due to copyright, he was now called Trailcutter. In 2013 Trailcutter has a full release as a Deluxe Class figure. Takara Tomy's Japanese release, though still called Trailbreaker, has a comment in his bio that his nickname was "Trailcutter". 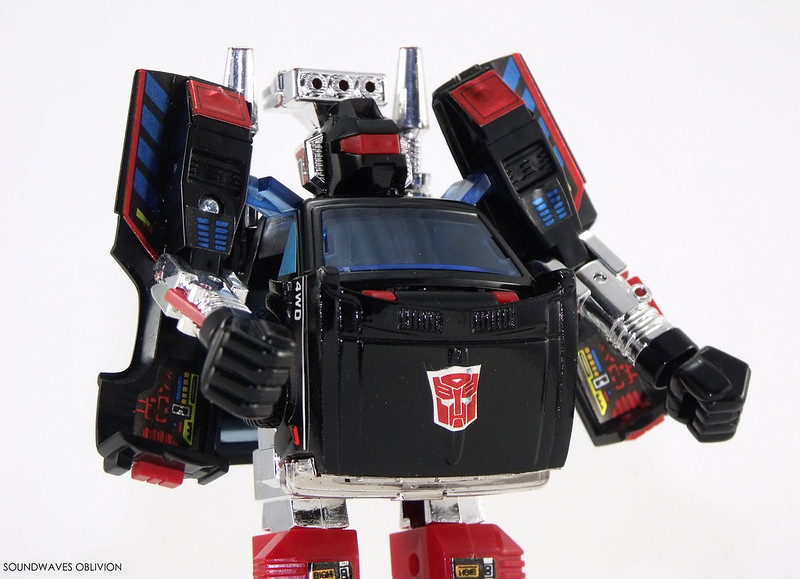 In 2016 in the Combiner Wars series, Trailbreaker was known as his proper name again and was released as a Deluxe Class figure albeit a remould of a previous Decepticon release (Stunticon Off-Road).

The original Takara 4WD Hilux was released in 1982 for 1800 yen and was available in 3 colours, yellow, blue and black.

The blue Hilux was also available in the 1983 North American Diakron toyline, which was exclusive to Toys R Us

The Italian Diaclone release was available in black (with black stickers closer to the Transformers release) and blue.

The Joustra Diaclone Hilux was only available in black and featured incorrect toy photographs on the box, depicting he figure with yellow fists. The actual figure had black fists.

Trailbreaker was reissued in Japan in 2001 as a C3 Exclusive and came in a 2 part set with Hoist. They were limited to 1000 pieces each.

Trailbreaker finally had a mainstream reissue release in 2008 in the Encore line. 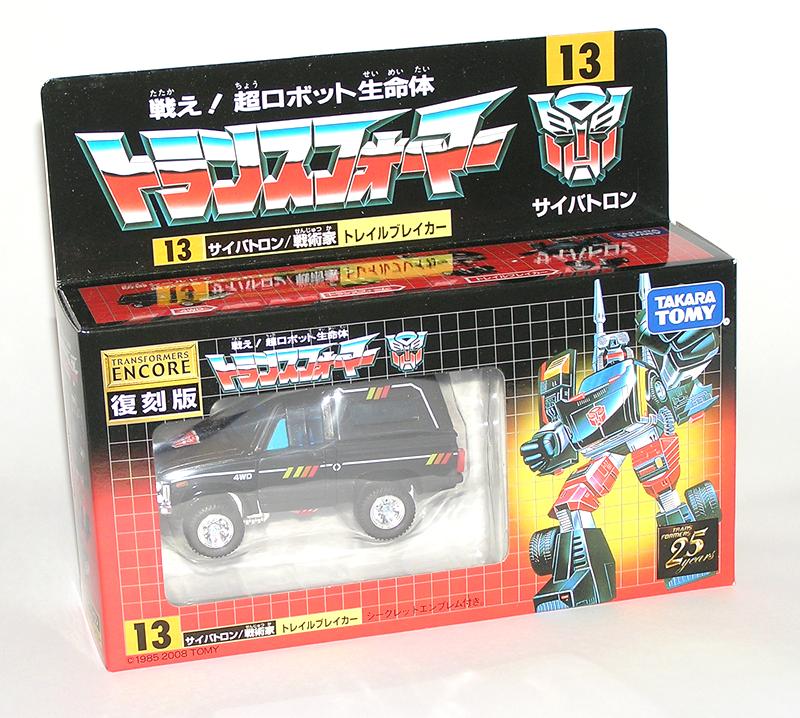 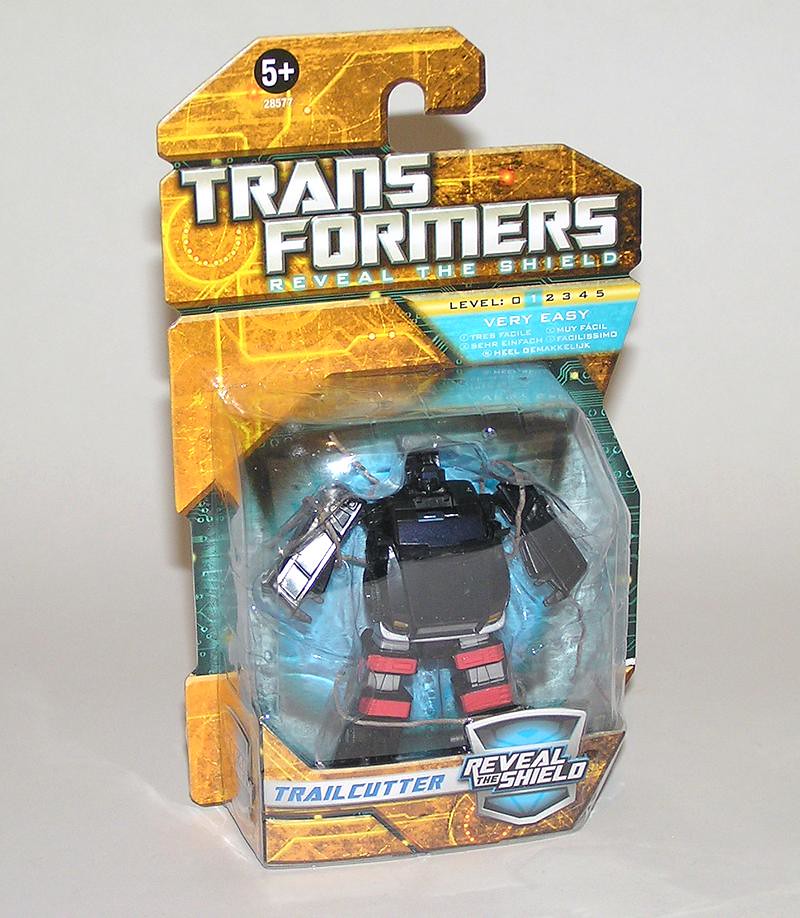 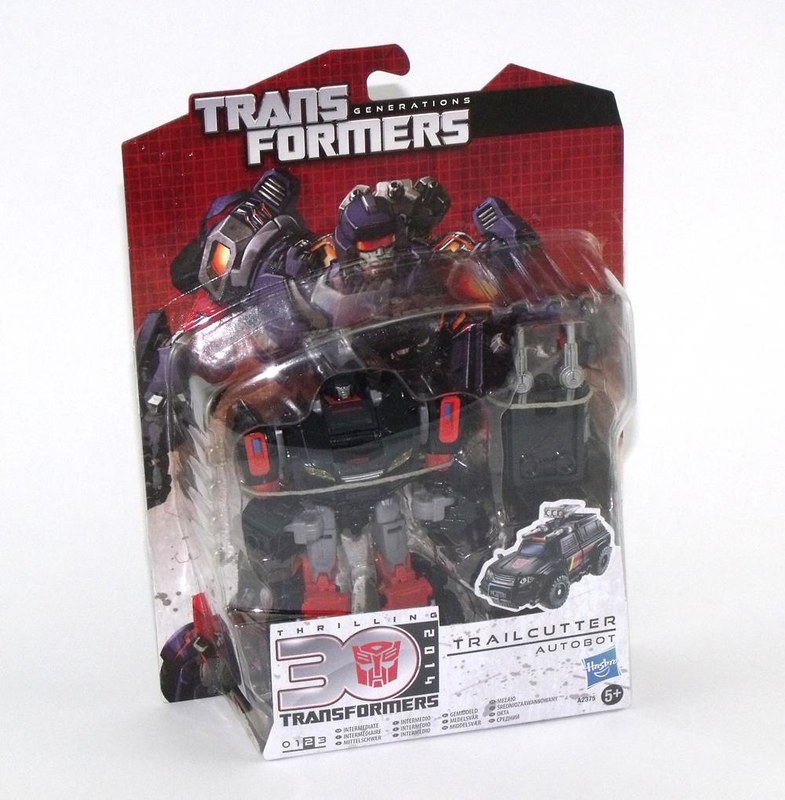 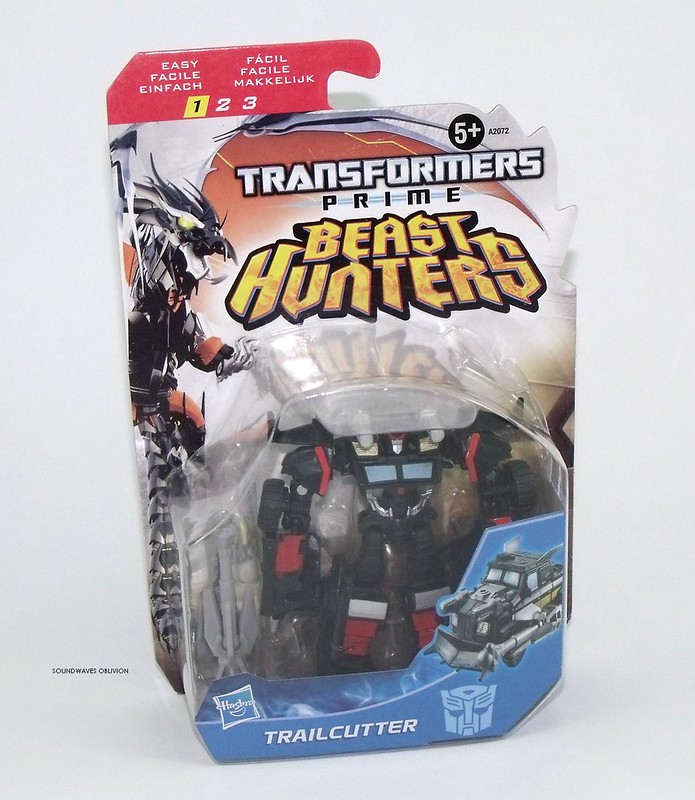