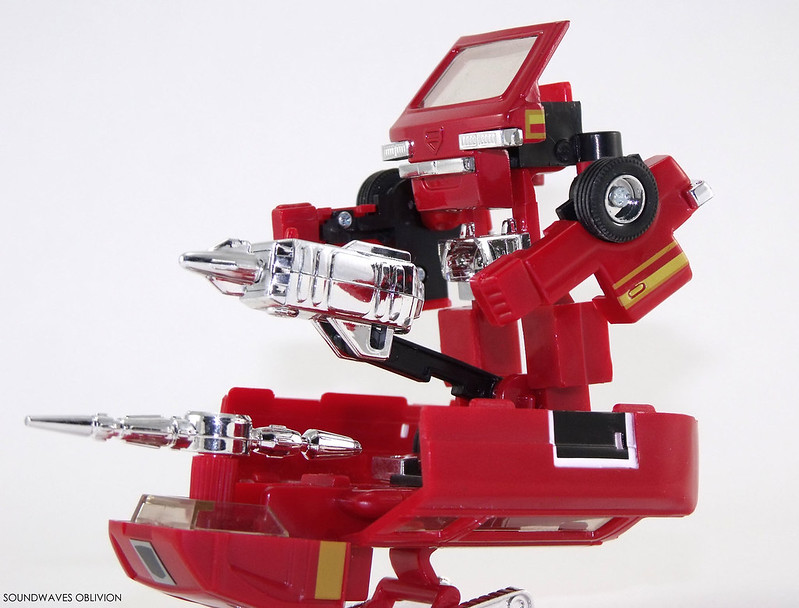 Profile (Translated from the Trading Card)
Function: Security
Transformation: Onebox Wagon
Ability: Has a body of Trithlyllium steel skin making him invulnerable to almost any attack. Can fire instant liquid nitrogen from his fingertips.
Character: Next to Convoy, he is one of the oldest Cybertrons but he always fights at the forefront in battle.
Weapon(s): Mobile Artillery Rocket Launcher with Laser 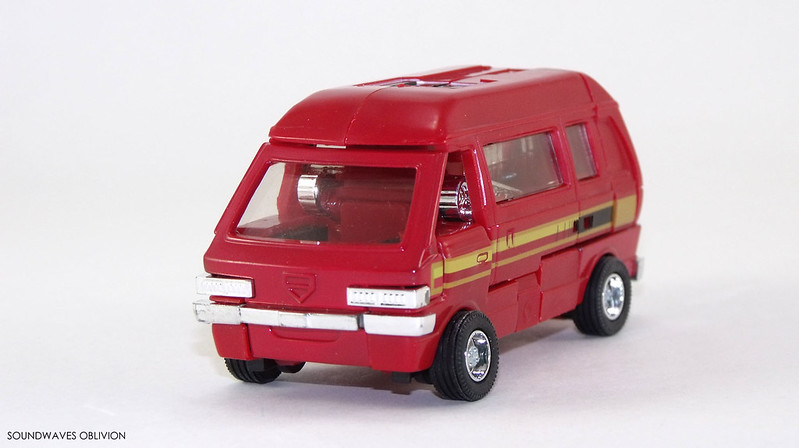 Ironhide like Ratchet is one of the more unusual G1 Transformers and fits into the original Diaclone line more so than the Transformers line. The robot mode suits being piloted by a driver with the absence of a head, although Hasbro did produce a new sticker to go on the drivers seat, displaying an unusual looking face. 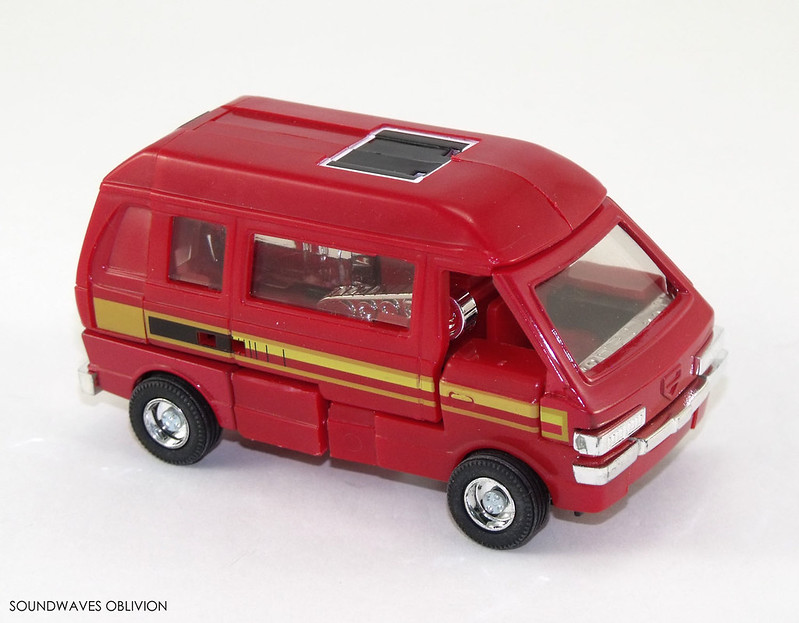 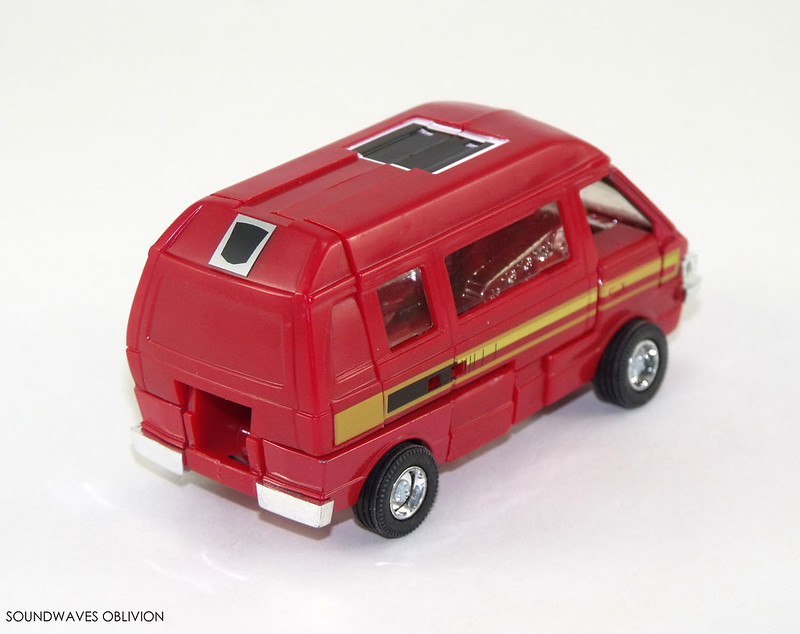 The toy is quite light with only the feet and front of the cab being made out of die-cast metal. The van mode splits in 2 with the top half becoming a mobile platform and the bottom cab half becoming the robot. The robot can either be kept separate from the platform or it can be attached. 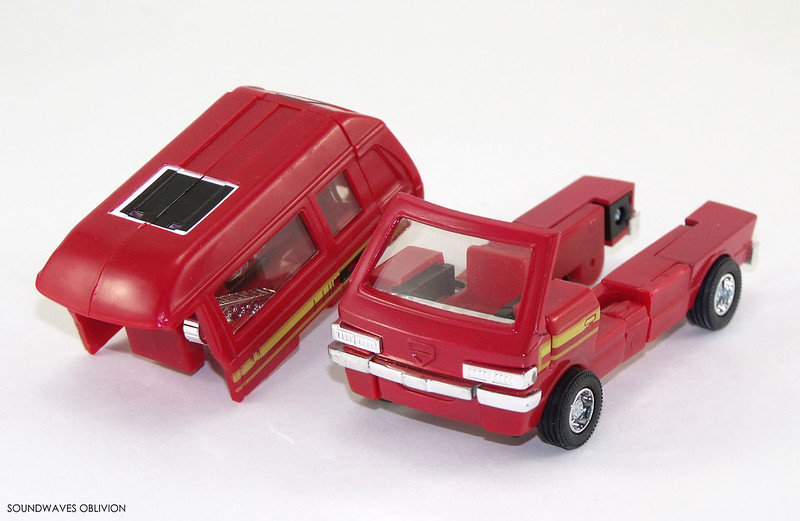 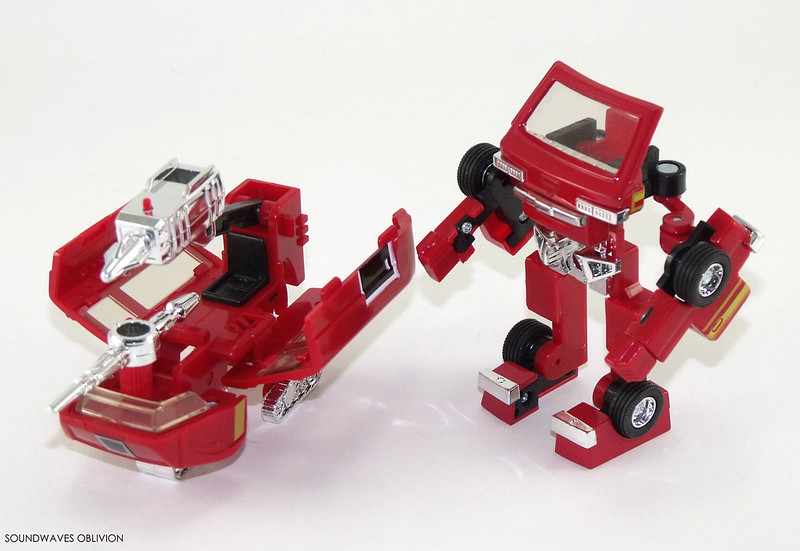 Despite being the second Diaclone release after Countach Super Tuning (Sunstreaker), and being a prominent figure in the original animation, Ironhide did not see a release in Japan. Ironhide was finally made available in the exclusive reissues line in 2001 and once again in 2007 in the Encore line. 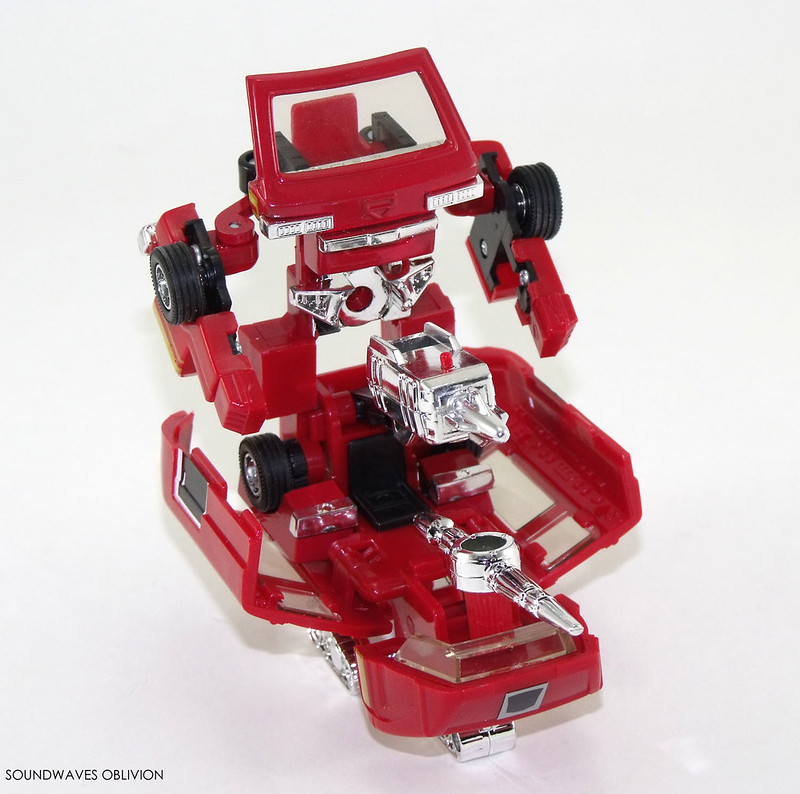 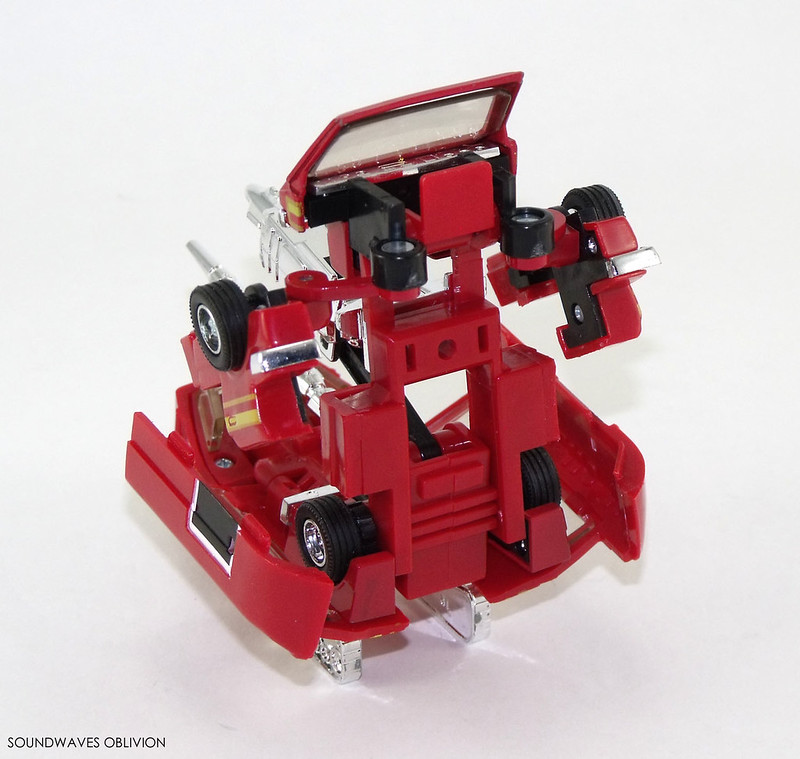 Overall its a reasonable figure but probably left to G1 enthusiasts seeing as the more G1 animation accurate Masterpiece version is available. 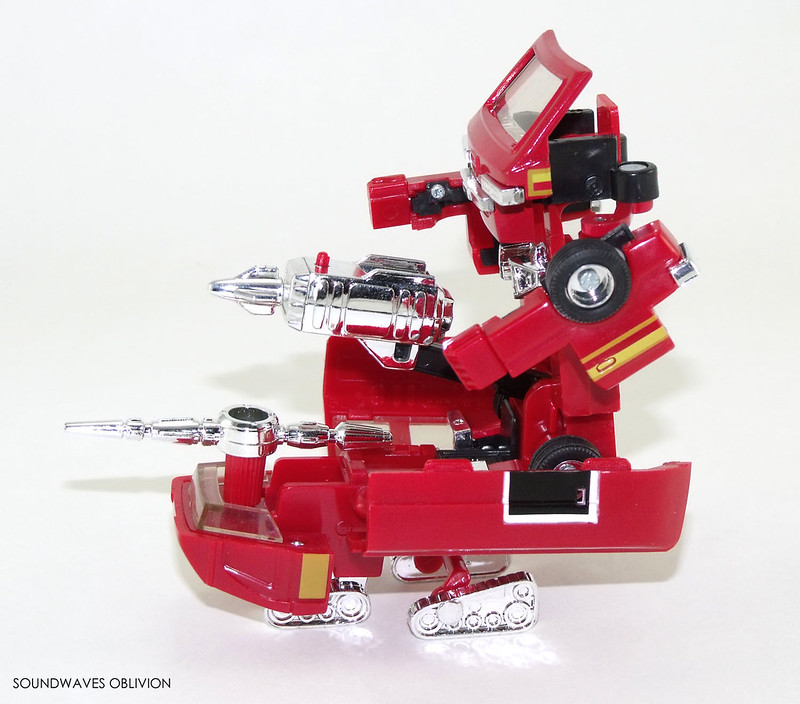 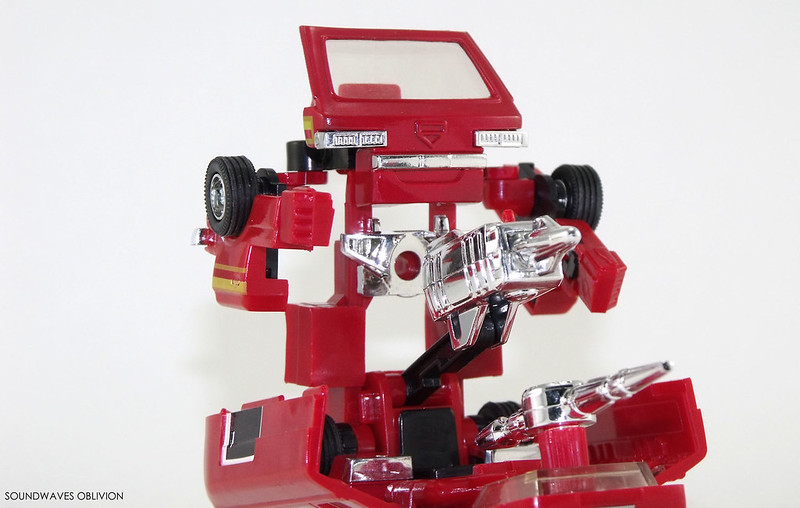 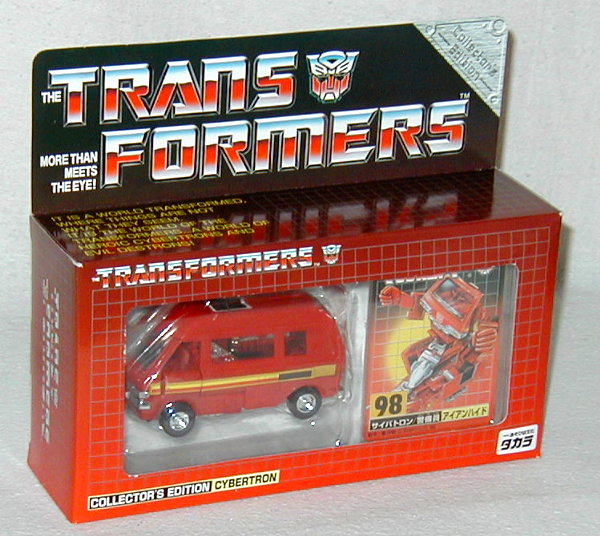 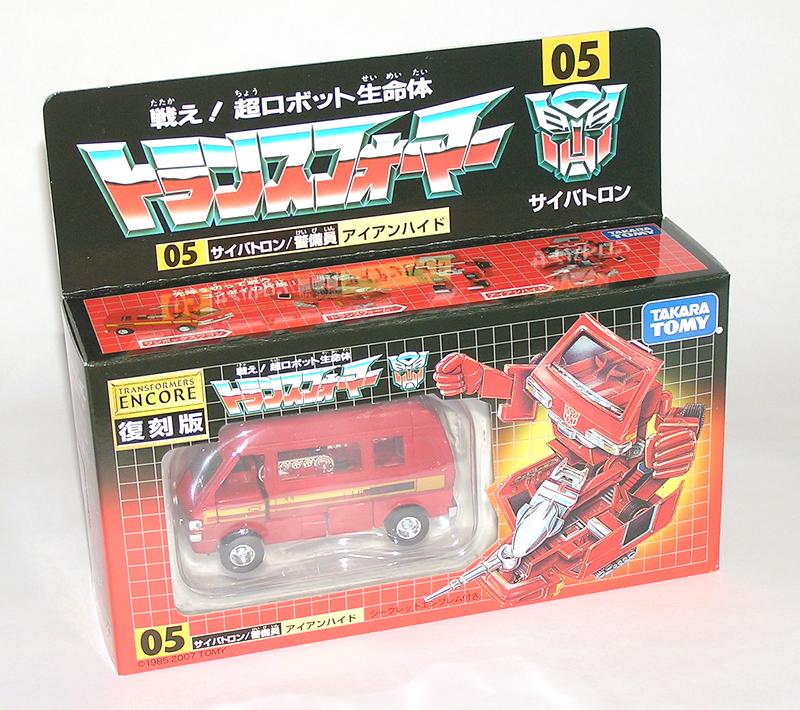 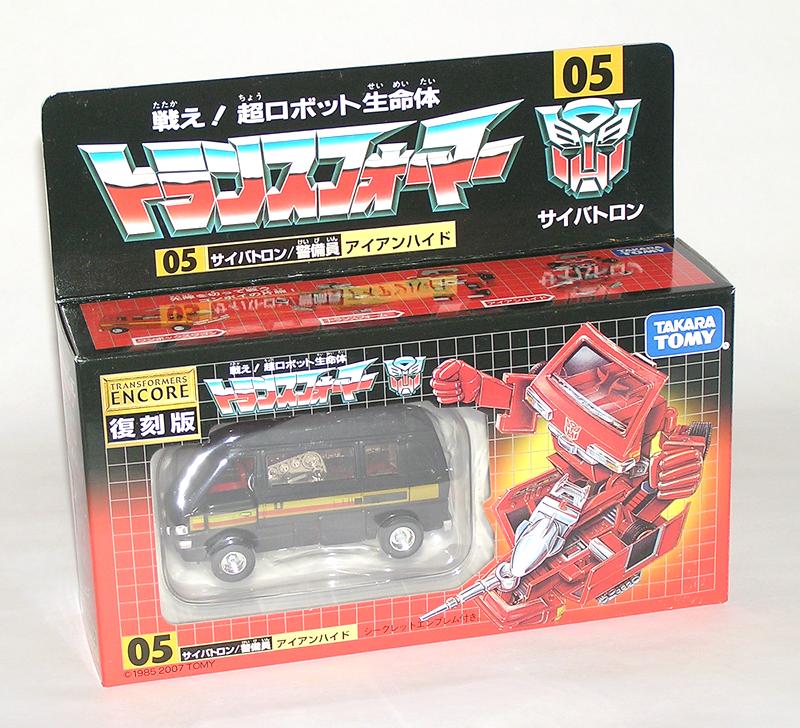 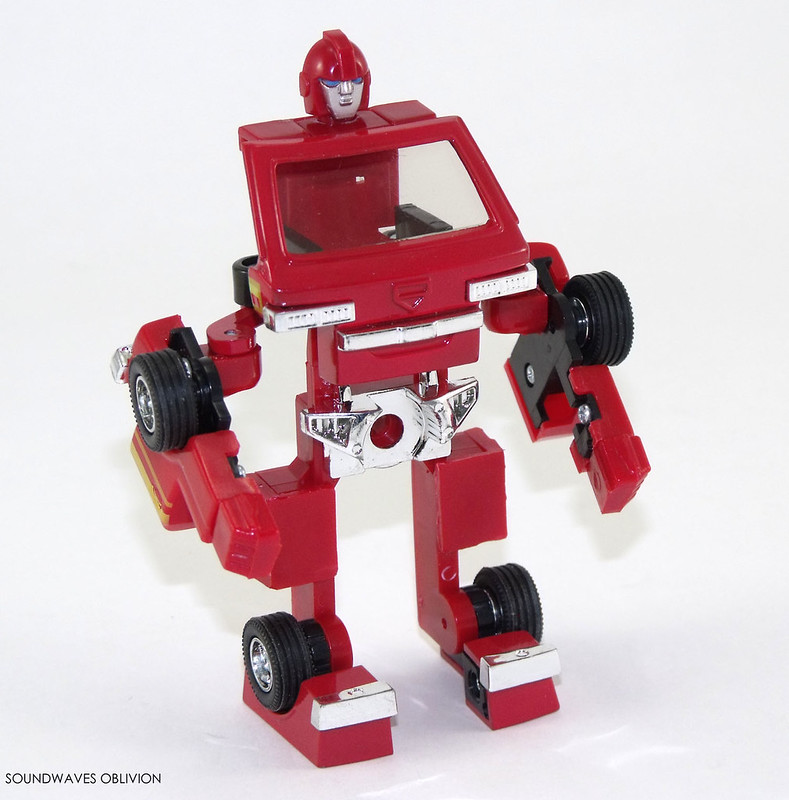