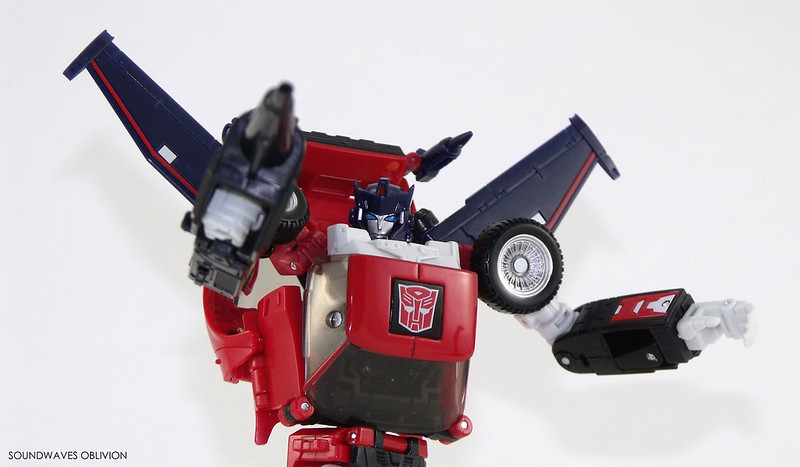 Profile (Translated from the Trading Card)
MP-26 Cybertron Land and Air Combatant Road Rage
Function: Land and Air Combatant
Motto: “Red...is the colour of danger.”
Profile:
A bounty hunter from a remote quadrant who is deeply versed in the culture and customs of organic lifeforms. In appreciation of her knowledge she was appointed as assistant and bodyguard to the Cybertron ambassador for Earth. Usually cheerful yet assertive however when she’s driving the streets in vehicle mode, due to a chronic problem with her navigation protocols, she becomes narrow minded and an aggressive driver. Capable of subsonic flight and can hover for short periods whilst in flight.
STR:6; INT:7; SPD:7; END:8; RNK:5; CRG:9; FBL:8; SKL:9 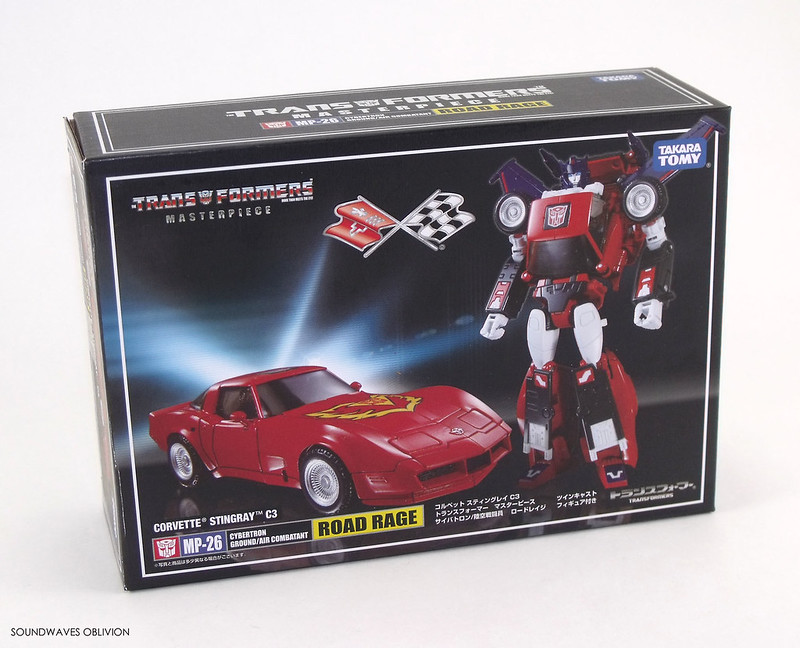 Masterpiece Road Rage is a red redeco of MP-25 Tracks with a new head and remoulded arms and upper legs for a more feminine appearance - and is also the first female Transformer released for the Masterpiece line. Though Road Rage does not come with a figurine (Raoul), flight stand or small gun, she does come with Track's original G1 styled weapon.


Road Rage first made her first appearance on the battle scene on the back of the 1985 Transformer boxes. This was technically Tracks as possibly when the artwork was commissioned the toy was originally going to be red just as the original Diaclone version. A red Transformer Tracks was released in the MB (Milton Bradley) European 1985 line, however this was just a re-boxed Joustra Diaclone "Corvette". 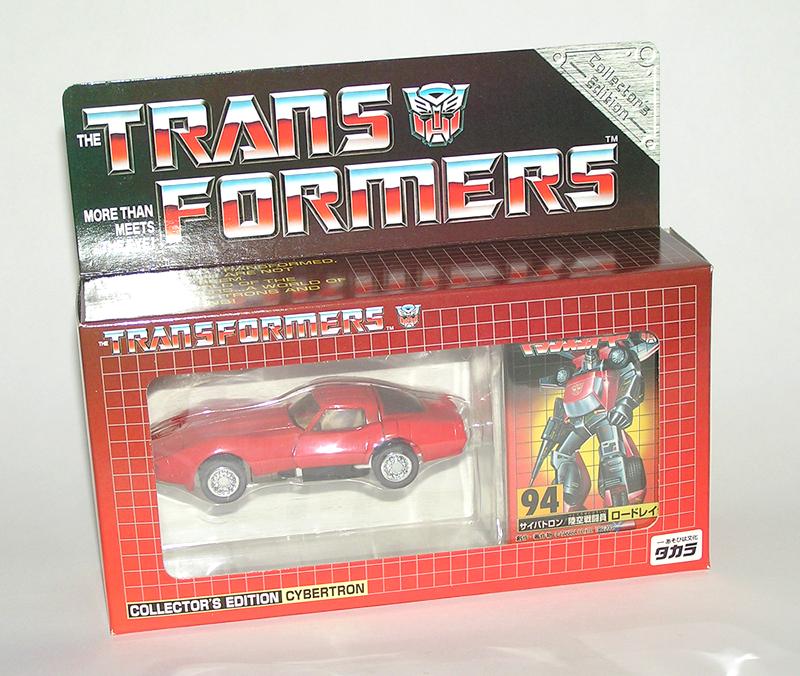 The red Tracks was eventually released as a new character in 2002 as an e-Hobby exclusive, named Road Rage and was near identical to the original Diaclone version.


"Road Rage" made a reappearance (though apparently not intentional) in 2012 within the Botcon boxset and was a redeco of the 2010 Reveal the Shield Turbo Tracks. Still named Turbo Tracks, this version represented an evil version.

This Masterpiece version marks her first mainstream release and like Masterpiece Exhaust, she has her own designated number, MP-26.

Corvette Stingray C3 Vehicle Mode (Translated from the instruction booklet)
Throughout the history of the Transformers civil war, there are a number of warriors who were active on a variety of other planets which were overlooked and was not just limited to the armies of the legendary Supreme Commander Convoy or Megatron the Emperor of Destruction. Road Rage is one of these unknown warriors. Charged with protecting important ambassadors arriving on Earth, she was given a new Earthen form, a Chevrolet Corvette C3. Taken from the Chevrolet brand of General Motors, graceful curves and brilliant crimson colouring adorns this sports coupe. Road Rage loves her car form, but it has also given her no end of trouble. Although there were subtle signs beforehand, it did not happen enough for her to worry about it. However as she transforms into car mode, her usual cheerful disposition changes and she turns into a short-tempered aggressive driver. This mainly caused her issues when she was undertaking escorting missions and her activity on public roads has threatened her job performance. The diagnosis from Ratchet and Perceptor indicates her symptoms have derived from her bio-mechanical mechanism which cannot be cured with a simple replacement part, but she would have to undergo a treatment of psychological debugging. The change happened after her reconfiguration to an Earthen form and being exposed to Earth traffic triggered off the symptoms. “Road Rage” was her name when she was first activated and is a word which springs to mind looking at her behaviour but it is ironic that on Earth the term means a “frenzied driver”. Road Rage was ashamed of her disgraceful behaviour and asked Crosscut, the Cybertron Ambassador, permission to be removed from his bodyguard. “Anger does not always interfere with the ability to concentrate. Be conscious of it but aim in a set direction. For example, at my backside!” The two laughed and the air was cleared. “Using this correctly, the anger, rather you, will help me. And when it's absolutely dangerous, you can protect me with your aerial advantage.” Flight mode is another ability at Road Rages disposal. While travelling at subsonic flight or hovering thanks to Repulsor Propulsion, anger doesn't cloud her mind at all. As long as her tires don’t touch the ground, aggression won’t surface. A diehard Cybertron, if a little cumbersome. 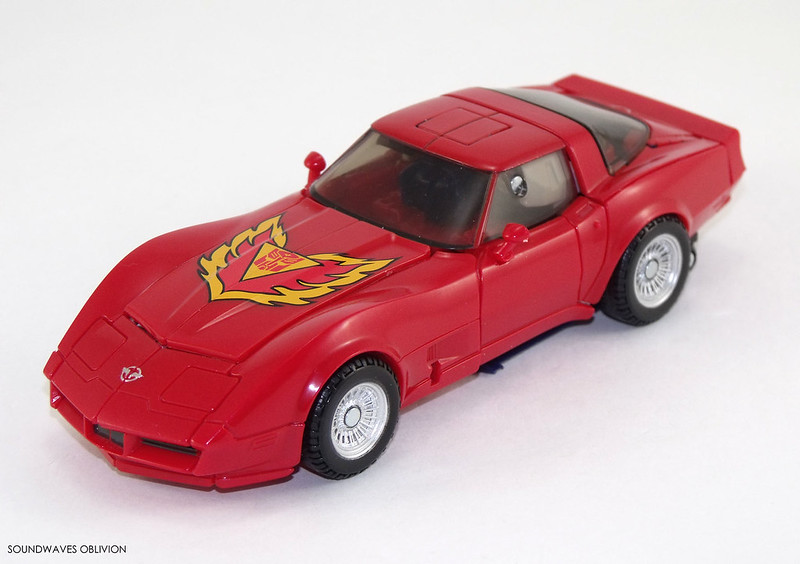 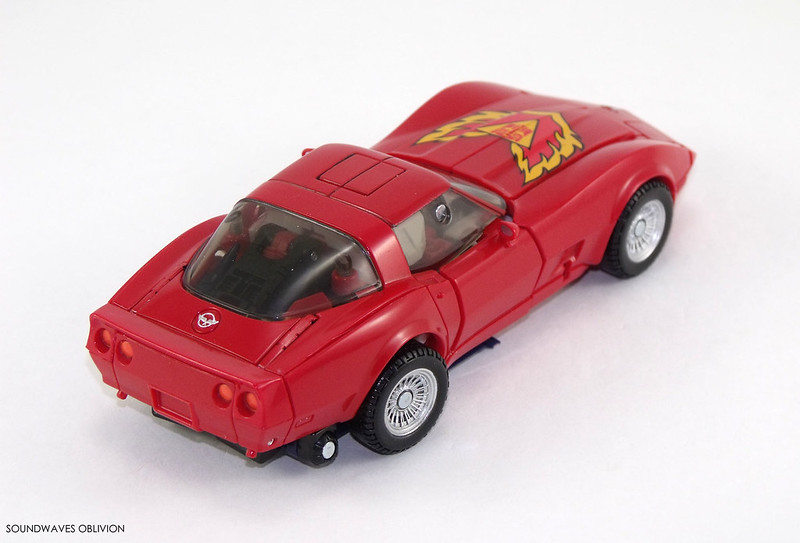 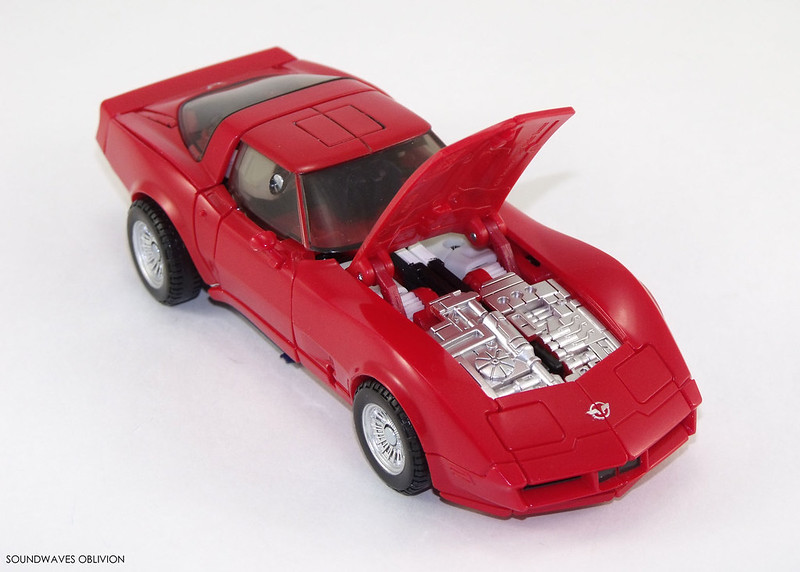 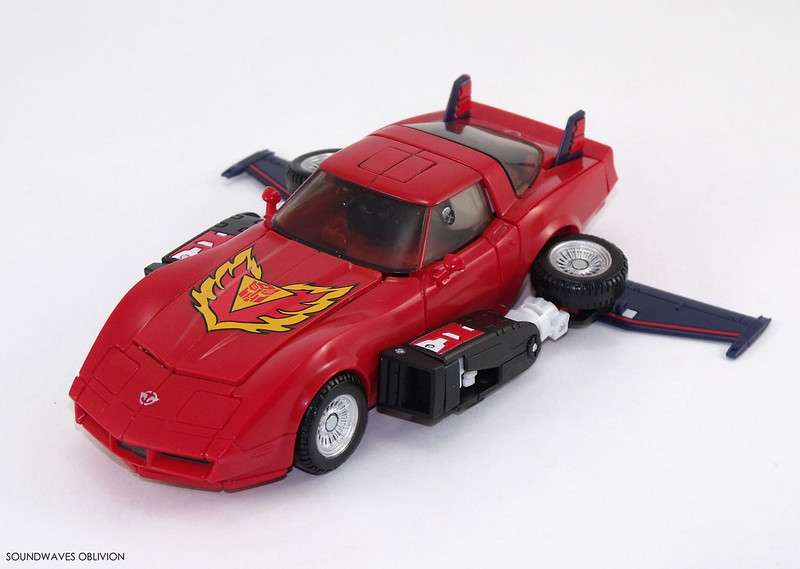 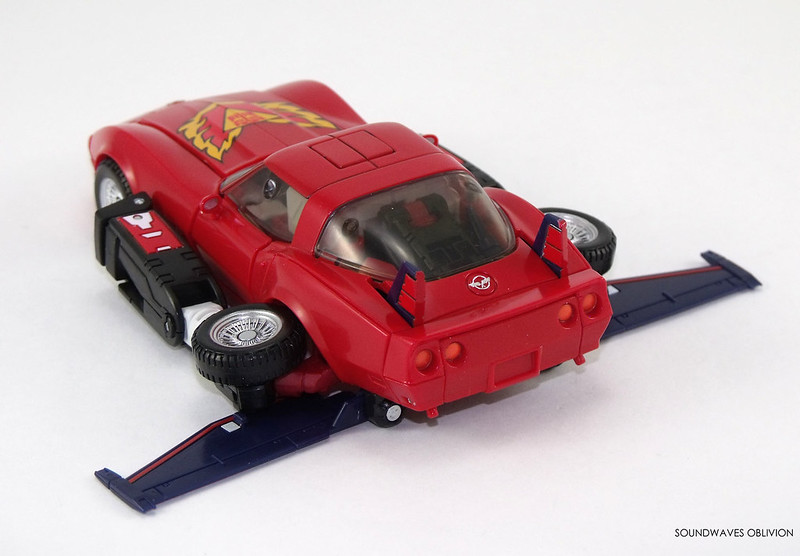 Road Rage Robot Mode (Translated from the instruction booklet)
Function: Ground Air Combatant
Motto: “Red...is the colour of danger”
Profile
Road Rage was amongst the refugees who fled the war on Seibertron, and whilst away from the Transformers conflict she spent time amongst physically weaker alien races. Using her strong multifunctional robotic form to her advantage she became a bodyguard and bounty hunter in a dangerous alien society in return for Energon. From her experience she gathered much knowledge of the culture and customs of organic lifeforms and used her own skills to negotiate between different alien species. Whilst working on an occasion in the space colonies, by chance she rescued a Transformer diplomat who was in grave danger and escorted him until they reached the officials ship. Crosscut the Cybertron Ambassador was so impressed with Road Rages wit and skill in saving him during his secret mission on Earth, he appointed her to be his advisor and bodyguard. She finally returned to Seibertron after tens of thousands of years and undertook rigorous training and a tech spec rating test that she became a member of the Cybertron army. Now Earth has become the new battleground for the Transformers, Crosscuts mission is to maintain the alliance with humankind and undertake negotiations for the construction of Cybertron City which would be used for defence and energon harvesting, whilst Road Rage dealt with attacks from opposing humans rather than the Destrons. Even after the alliance successfully concluded they are both still active in the shadow of a rapidly changing environment and still have many great achievements. In between escorting duties she is able to return to her old hunting ways. Her current mission is to capture Flip Sides, a Cybertron Cassettebot under suspicion of spying and the fugitive Twincast who protects her. 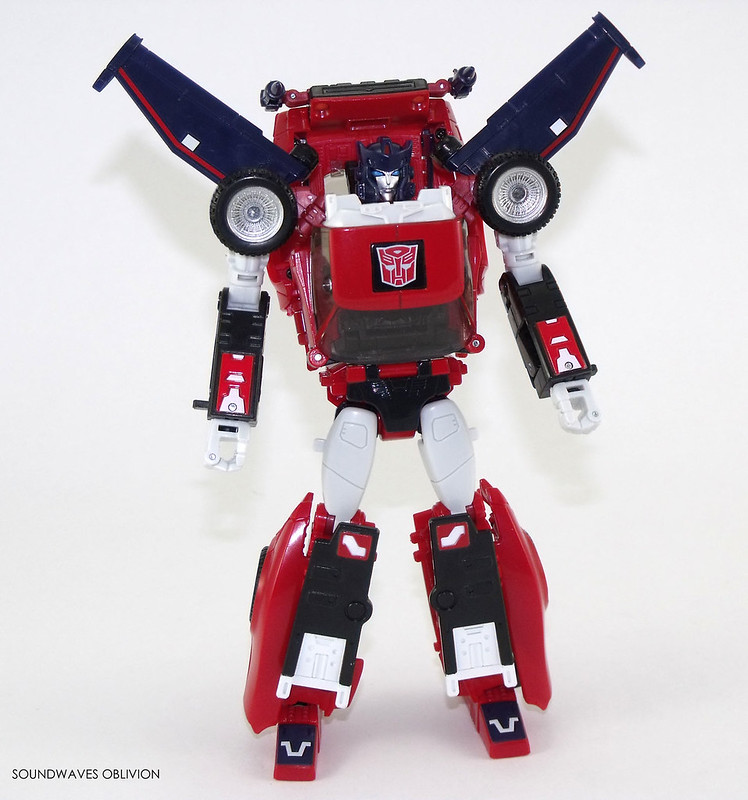 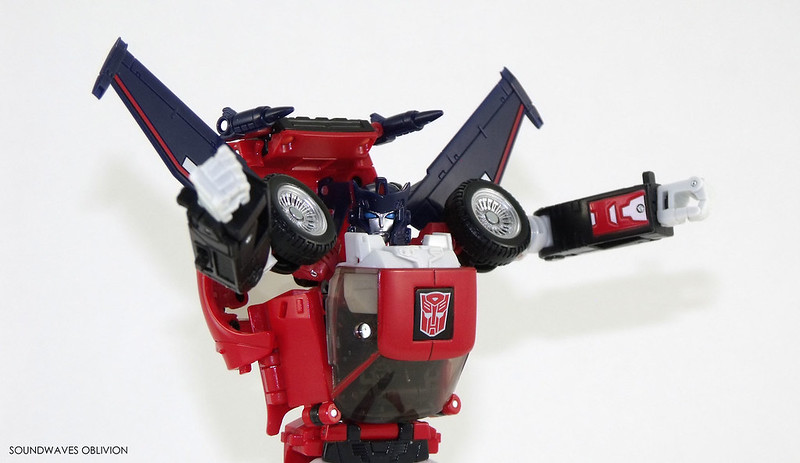 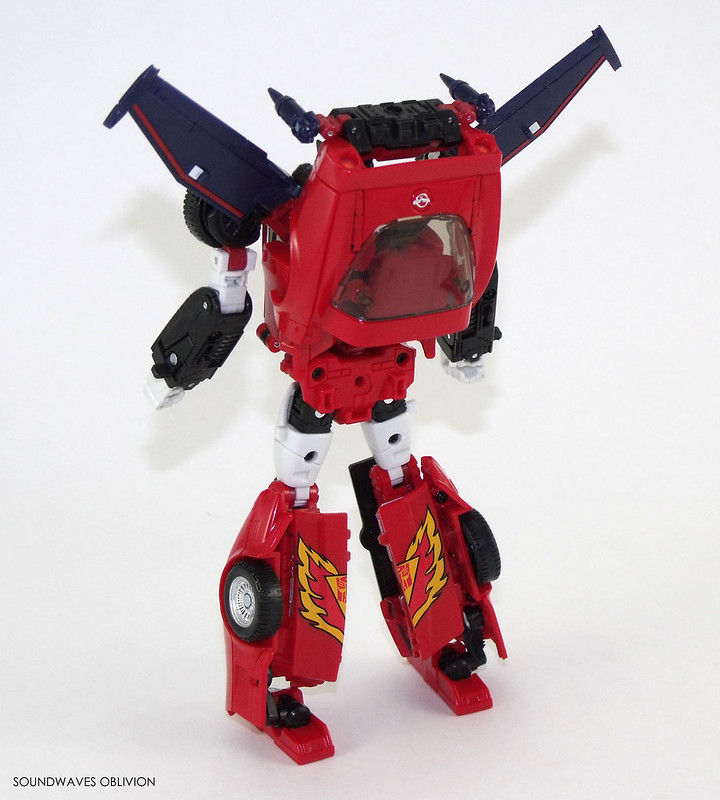 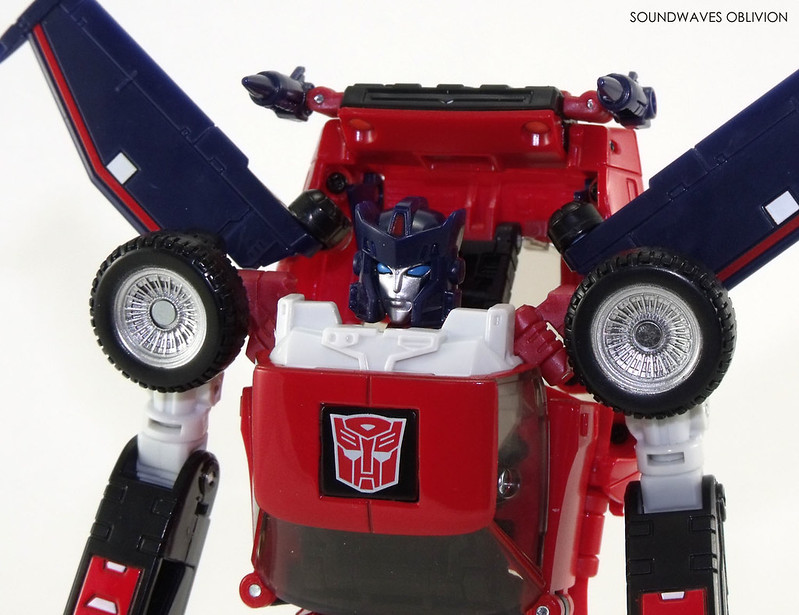 Weapon: Plasma Discharger (Translated from the instruction booklet)
The large gun carried by Road Rage. Generates various forms of plasma shells and fires them as energy projectiles. Its effects range from electric shocks to an ultra-high heat which can melt steel. Attaches to the underside of the flight mode firing off rounds in aerial combat as well as dropping plasma shells when undertaking airstrikes. 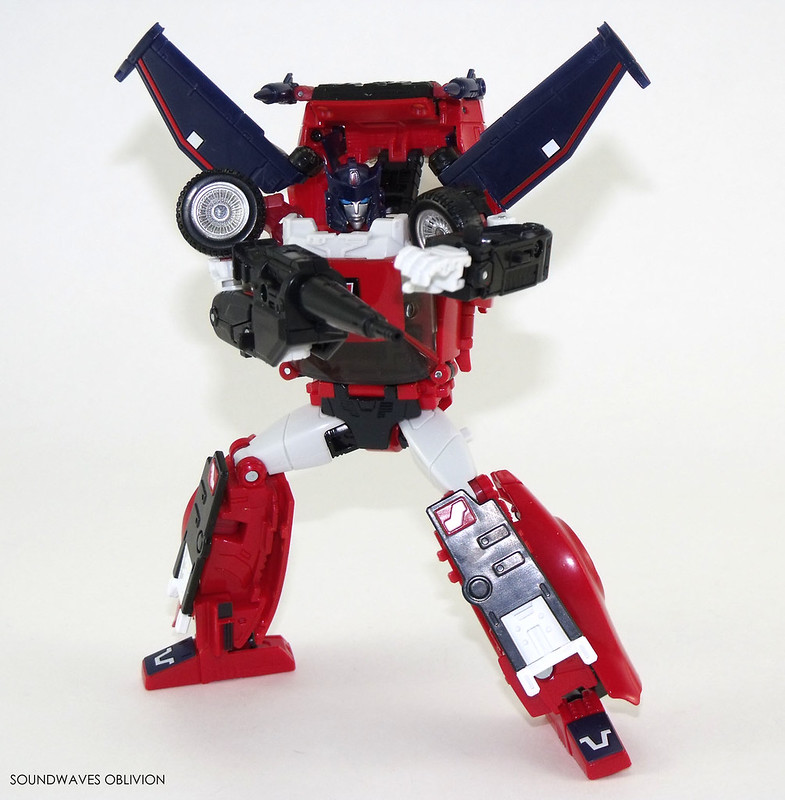 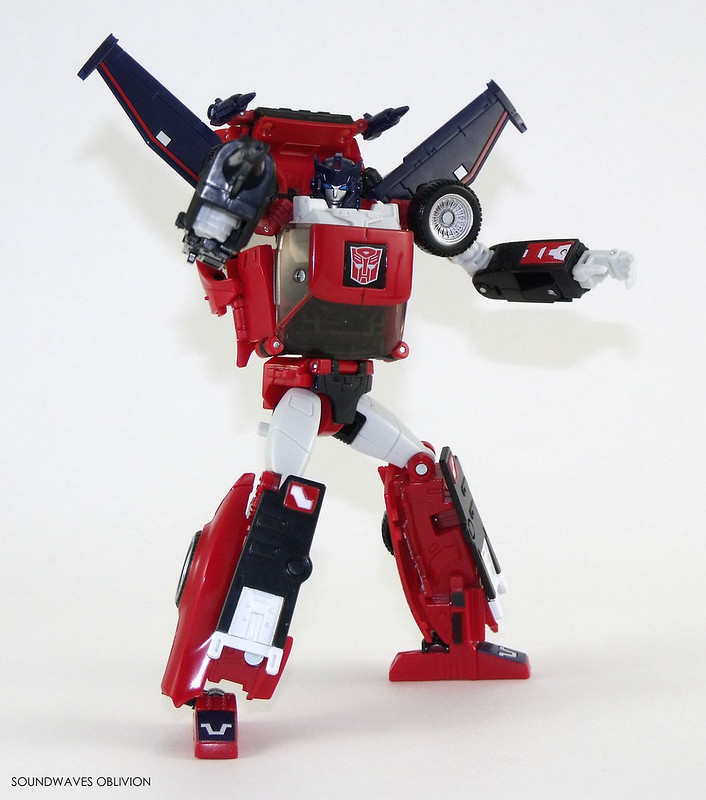 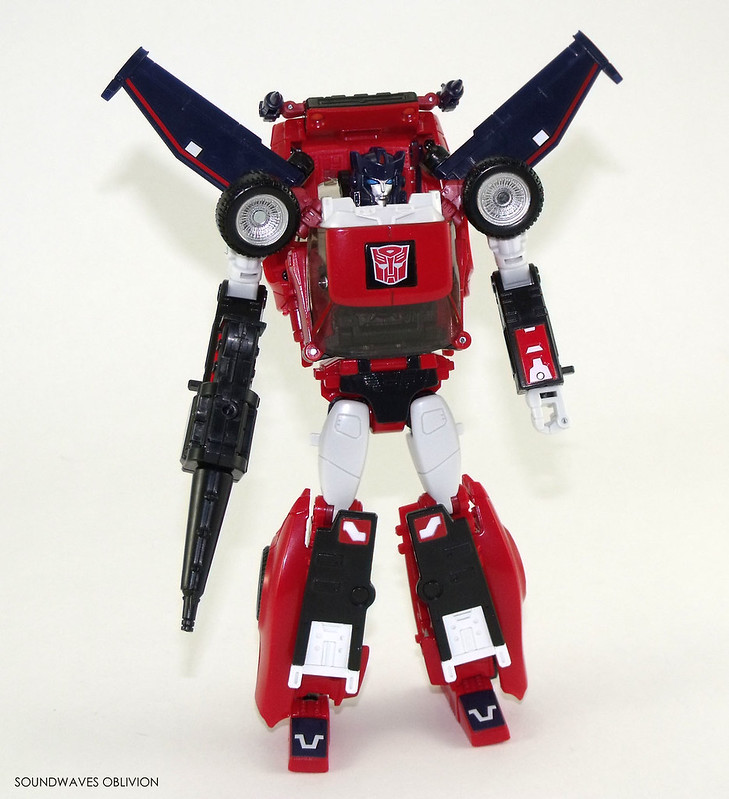 Weapon: Laser Ram (Translated from the instruction booklet)
Equipped with a holographic material projector in the front of the vehicle mode. The projected “Holomatter” can utilise any form and can break through or pulverise any obstacles. Can form simple limbs when in vehicle mode and can manipulate objects; also used for delicate operations such as crowd control. 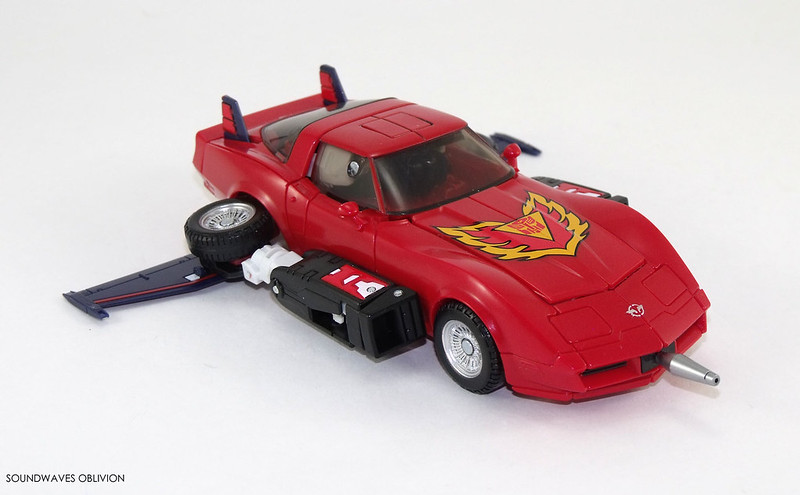 Ally / Target: Twincast (Translated from the instruction booklet)
Cybertron Communications Broadcast was rebuilt using Planet Masters technology after a vicious one on one confrontation with his nemesis, Soundwave. He leads the Cassettebots, however one of them, Flip Sides, was under suspicion of espionage. Twincast defended her, having fought alongside her for the Cybertrons for millions of years. Complicating matters, both fled the army becoming fugitives. Road Rages instruction was their capture so she immediately started tracking them. If Twincast is to be captured, he is to be deprived of his transformation capability and is to be returned in his cassette deck form. 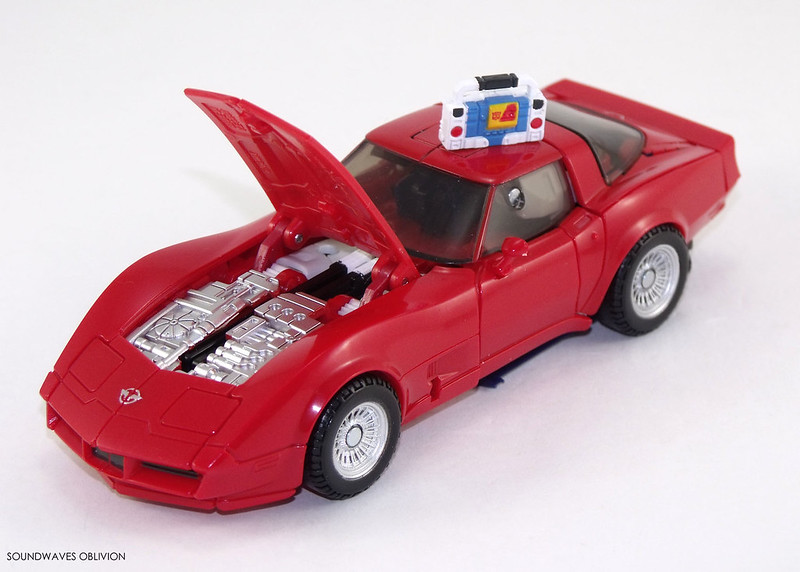 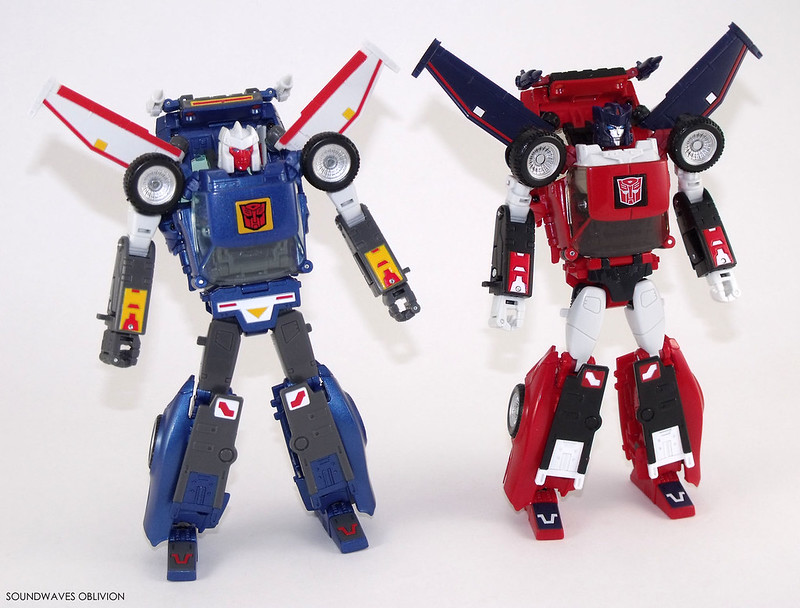 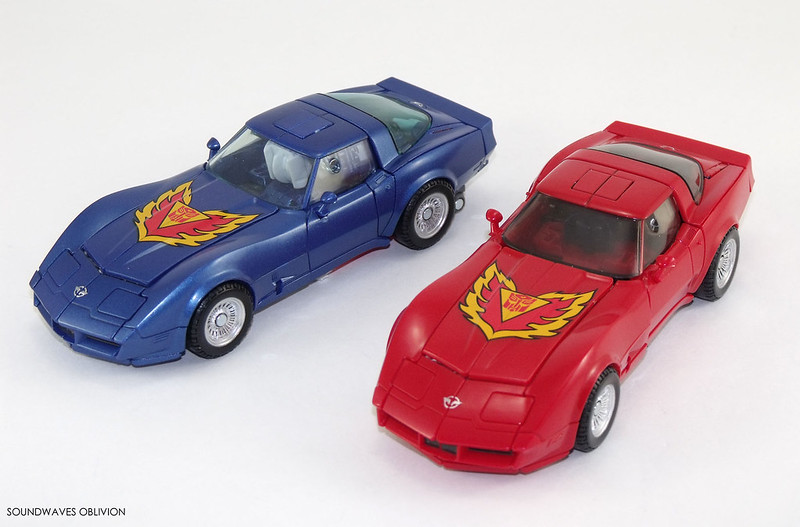 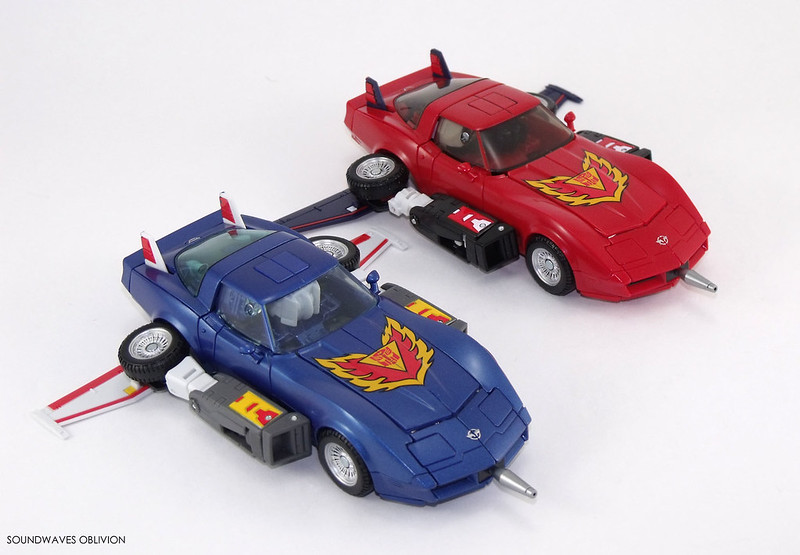