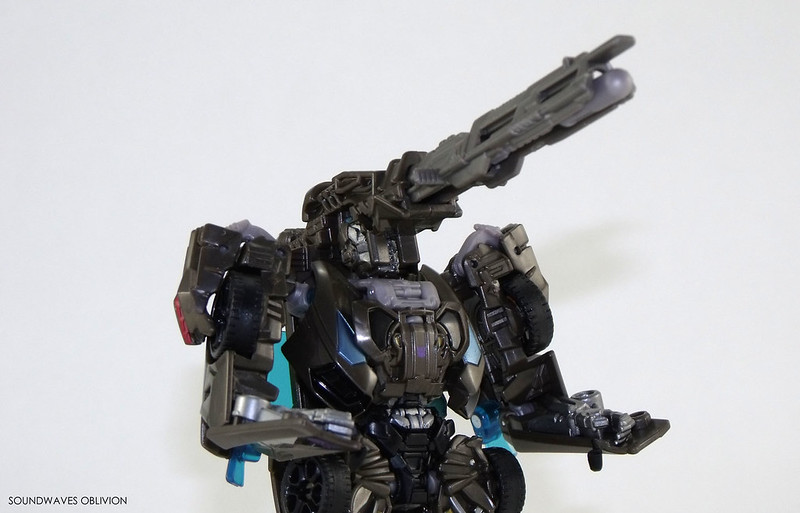 Lockdown captures everything he tracks. Few of his targets have outmanoeuvred him, and even fewer have escaped his prisons. Now, the merciless bounty hunter has his sights set on the Autobots. 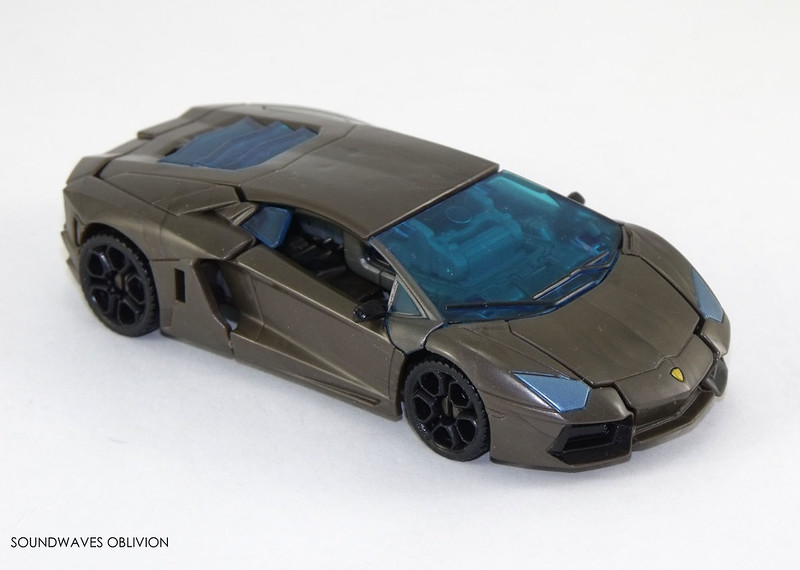 Lockdown was a character first introduced in Transformers Animated in 2008. Neither an Autobot or Decepticon he worked for the highest bidder but I can see why this figure was released as a Decepticon seeing he was the main villain in Age of Extinction. 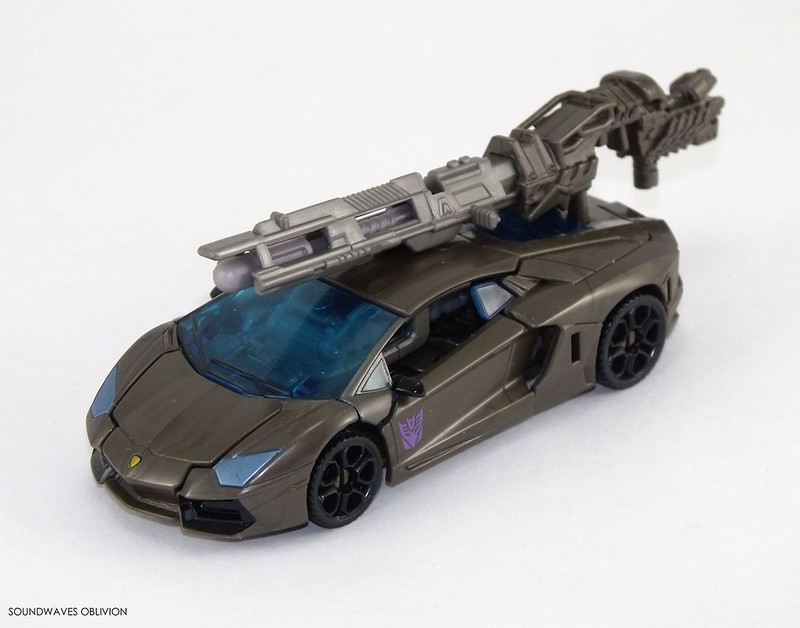 This is a Deluxe class figure which transforms into a Lamborghini Aventador; unlike previous Lockdown incarnations (Animated, Revenge of the Fallen) where a relatively small car mode transforms into a tall robot, this figure is rather small and squat looking and does not look very intimidating. 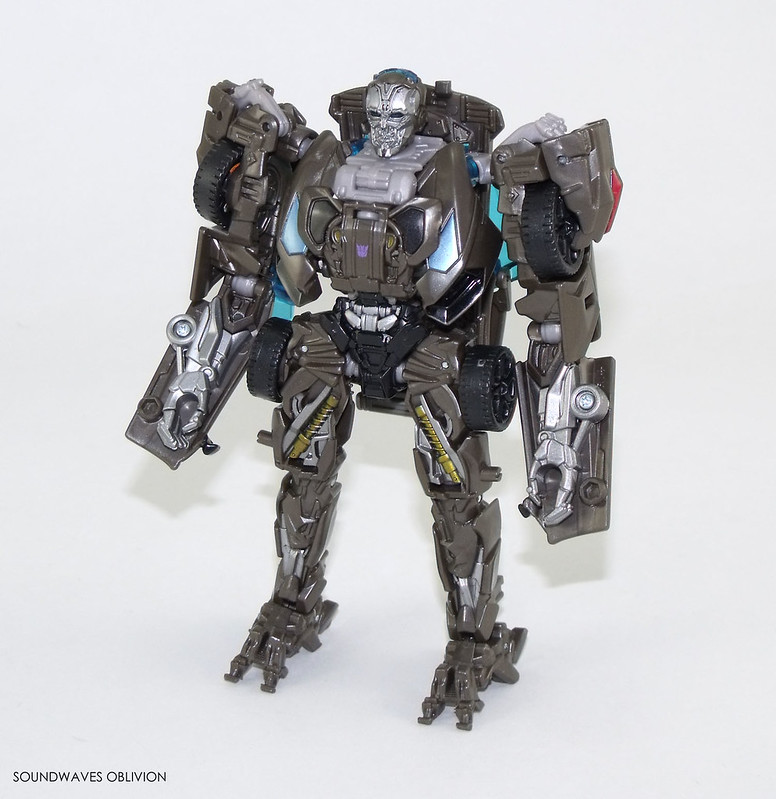 This figure "coincidentally" shares a transformation with the 2011 Dark of the Moon Deluxe Roadbuster figure however it is not a retool. Seeing as Lockdown was similar in size to Optimus Prime in the film it would have suited at least a Voyager sized figure. 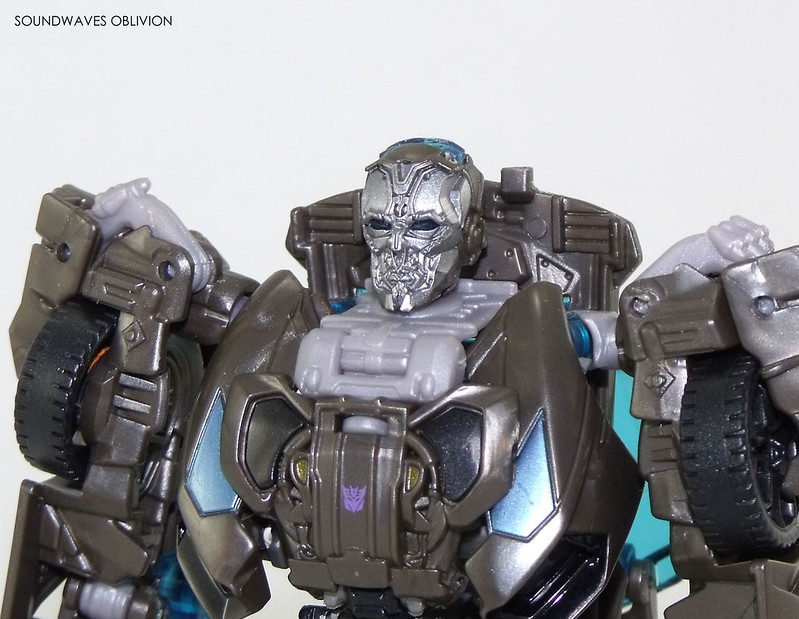 Lockdown comes with a large gun which can bee attached to car mode, held in the robots hand but it can also be put over the head as the "face cannon" seen in the film. 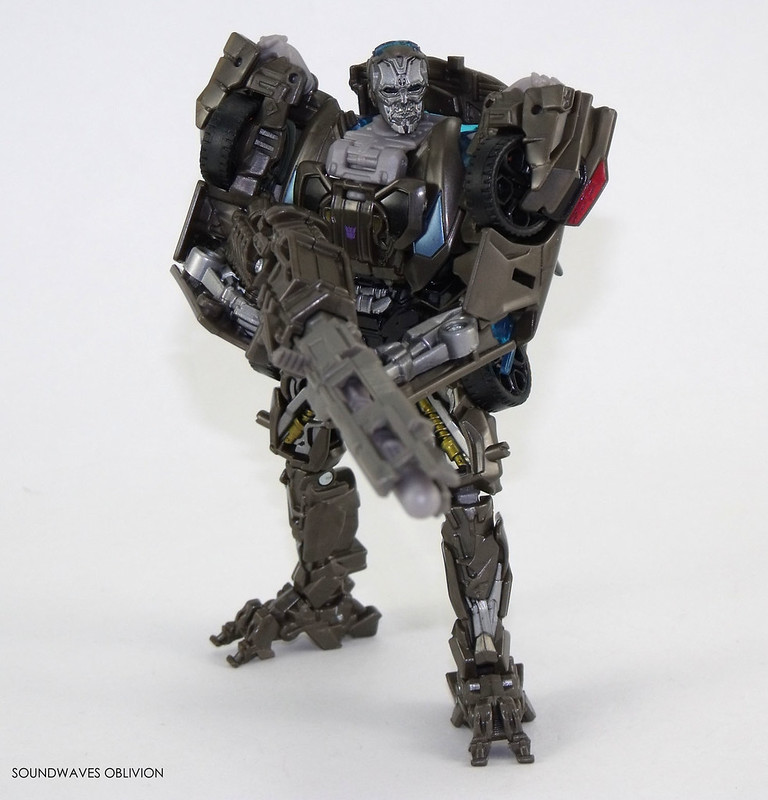 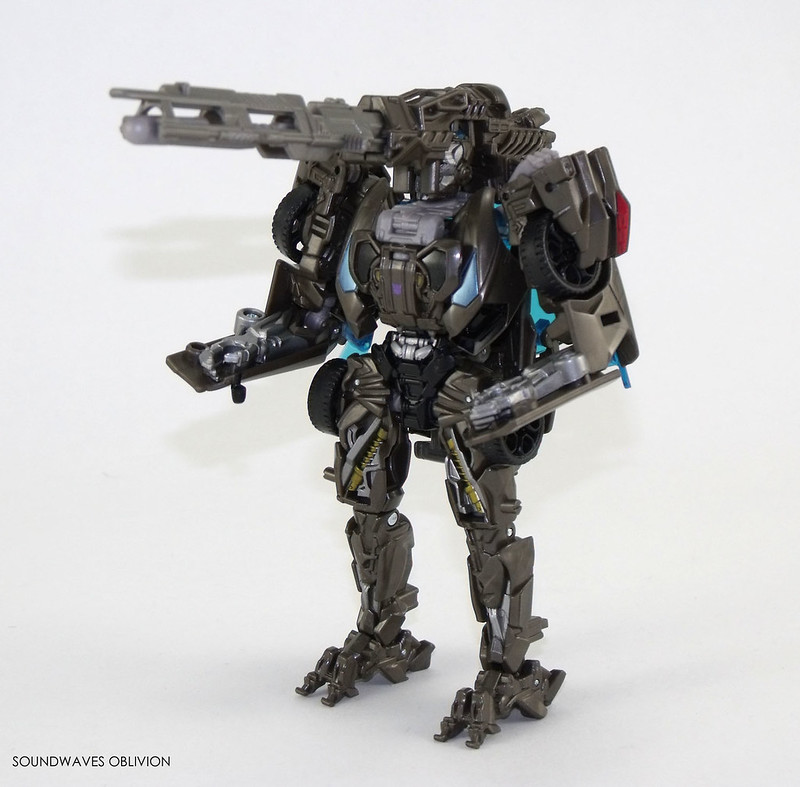 Overall its a decent figure but I find it's outshone by Animated Lockdown and this would be one to get on clearance; its just a shame Hasbro or Takara Tomy didn't release a larger version.