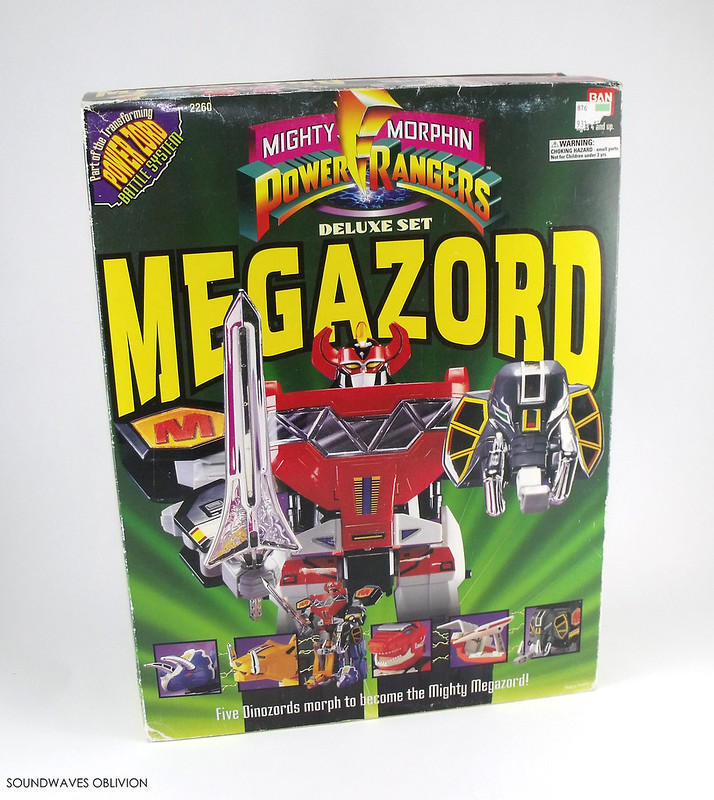 The Deluxe Set Megazord was the first Zord released for the original Mighty Morphin Power Rangers series in 1993.

The series was an adaptation from the Japanese Super Sentai series, which at this time was in its 16th series (having started in 1975) called "Kyoryu Sentai Zyuranger". Megazords Japanese name is "Daizyujin" (or Great Beast God).

When the Dinozords initially combine they form into an Attack Tank Mode (Beast Tank Dino Tanker) and then transforms into the Megazord (Daizyujin). 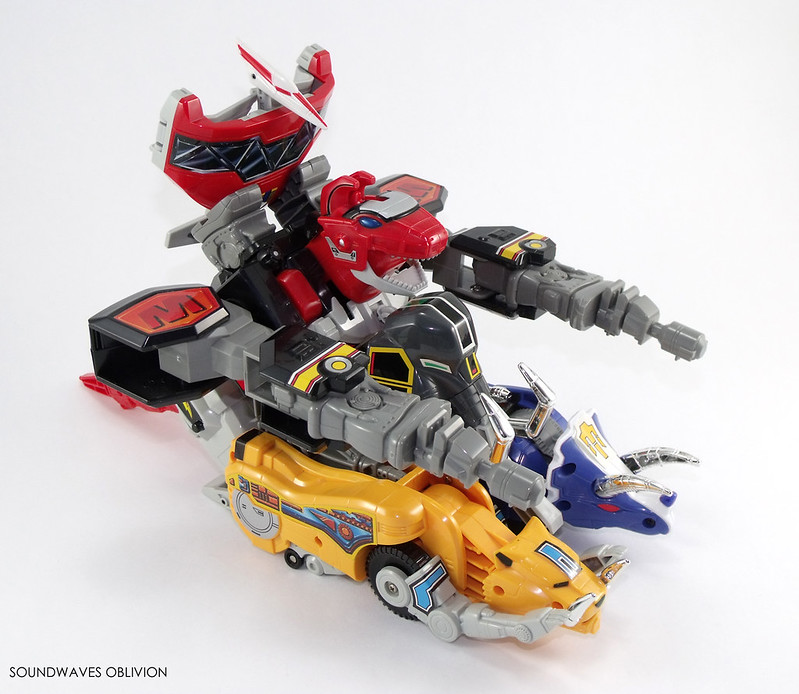 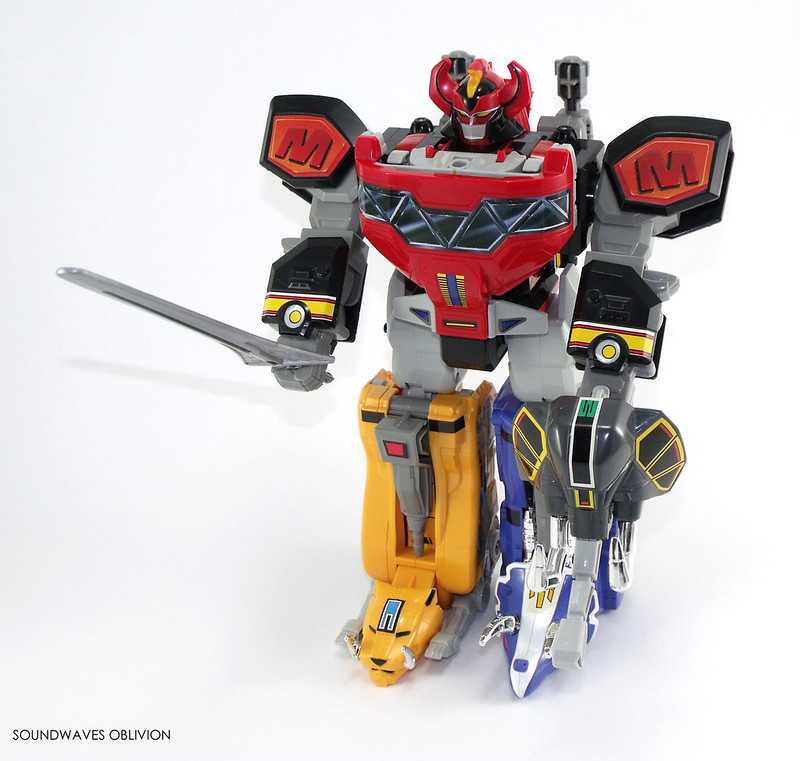 The second Zord released in the series 1 Mighty Morphin Power Ranger line was the Dragonzord which could combine with the Megazord with 2 different combinations, the Mega Dragonzord (Zyutei Daizyujin) and the Dragonzord Battle Mode (Gouryuujin).

The third Zord released in series 1 was Titanus (Beast Knight God King Brachion) the Carrier Zord (this was called "Titanos" in Europe). This figure has electronic sounds, can roll forwards and can combine with both the Megazord and Dragonzord to form the Dino Ultrazord (Ultimate Daizyujin). There are 6 different combinations with Titanus:-

The Mighty Morphin Power Rangers was revisited in 2010 with a re-release of the original show remastered for broadcast. Megazord and Titanus toys were also released; these figures were complete remoulds and slightly smaller than the originals. The anticipated Dragonzord however was not released in this line up.

In 2013 to commemorate the 20th Anniversary of the Mighty Morphin Power Rangers, Bandai released the "Legacy" edition Megazord which was a premium deco with additional diecast parts of the 2010 mould. Following on in 2014, Bandai released the Legacy Dragonzord which could combine with the Legacy Megazord. The 2010 mould of Titanus was also released with a premium deco and diecast parts and this time included the chain for the Megazord to hold in the Ultrazord mode. 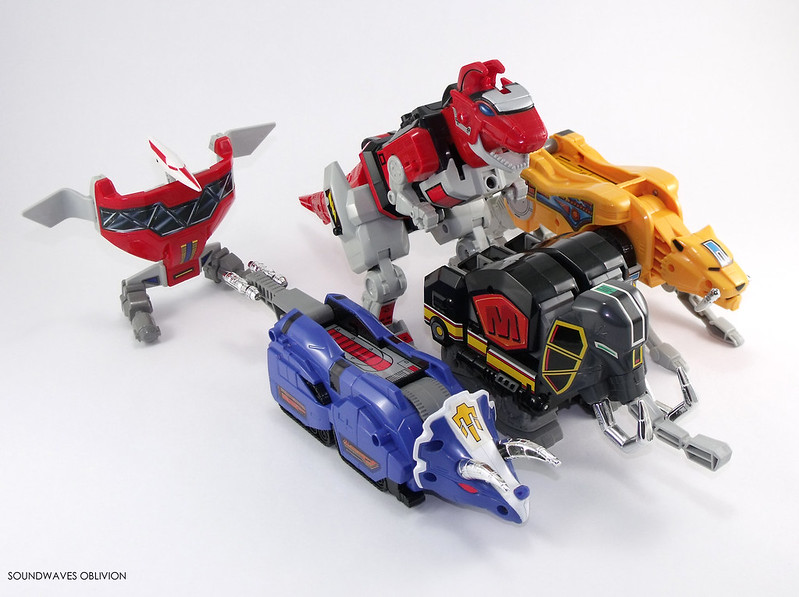