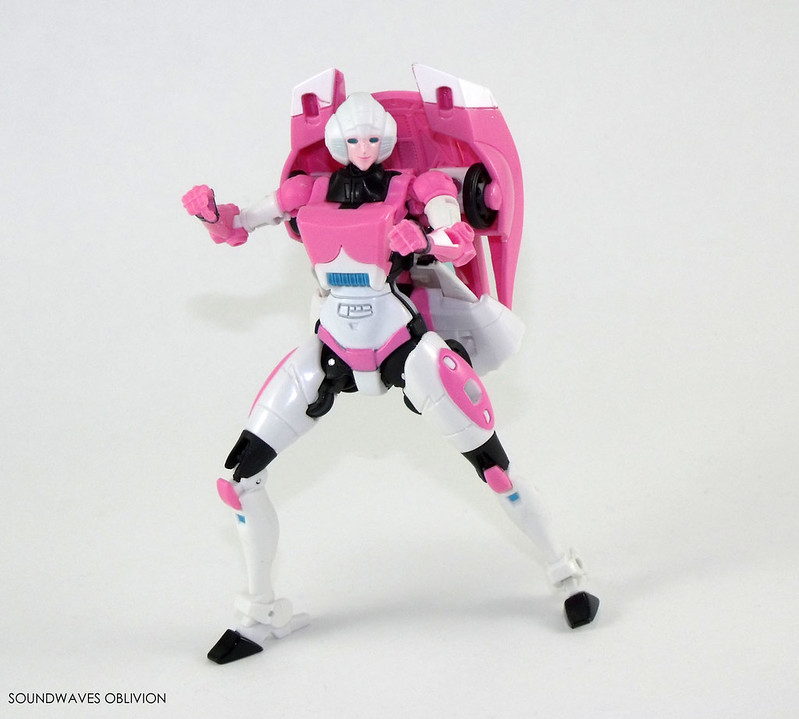 Arcee is one of the most dangerous Autobots, despite her comparatively small size. She believes the Decepticons must be stopped at all costs. That belief, combined with her combat training, makes her a pure warrior, a hunter who mixes speed and sudden action to strike Decepticon targets whenever she can.


In 2014, Transformers 30th Anniversary, a transformable G1 version of Arcee was finally released after 28 years since the animated movie in which she made her début appearance. Released in the final wave of the "Thrilling 30" Generations line up, Arcee has been made to look more like her original 1986 appearance rather than the IDW comic inspired designs of the other releases (there is a reason for this, more on that later).

Hasbro and Takara probably did not release an Arcee figure in 1986 thinking a female Transformer toy wouldn't sell very well to its main audience. There is however a prototype Arcee based on her original character design which has appeared in a few Japanese publications, its build looks very similar to the 1986 Blurr.

There was also a concept for a Headmaster Arcee based on the Transformers Season 4 "The Rebirth" episodes where Daniel Witwicky becomes Arcees head. The figure was a repainted Chromedome and was shown in the Transformers Generations Japanese publication in 2001.


In 2001, the first transforming Arcee figure was released as a Botcon exclusive. The pre-registration version had a voice chip in the box which was voiced by Susan Blu, Arcees original voice actor. This figure was a repainted Beast Wars Transmetal 2 Blackarachnia with an Autobot spark. Based on the bio, the character is the original Arcee.

Transformers Energon saw the first mainstream release of a Arcee toy in 2004 who transformed into a motorbike. Arcee figures were then released in the Transformers 2007 Movie line, Revenge of the Fallen in 2009, Transformers Animated in 2010 and Transformers Prime in 2011, 2012 and 2013.

In 2014 Transformer fans finally received the G1 accurate Arcee that they had been waiting for. Takara designer Hironori Kobayashi for the overall design. His past designs include Car Robots Speedbreaker, the original Masterpiece MP-1 Convoy, MP-8 Grimlock, MP-9 Rodimus Convoy and Age of Extinction Evasion Mode Optimus Prime to name but a few.

Hironori Kobayashi joined Takara in 1999. In order to get the job he scratch built a G1 version of Arcee which was fully transformable and took it to the interview. After this he modified the figure slightly and entered it in a Botcon Japan '98 competition and won first prize. Revisiting this figure and improving it further is how he came up with the Generations / Transformers Legends LG-10 Arcee. 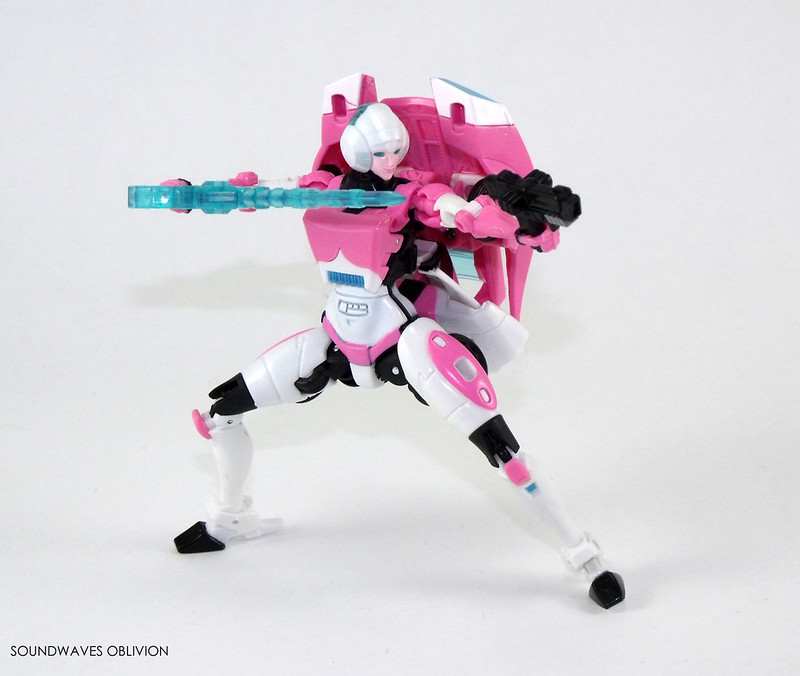 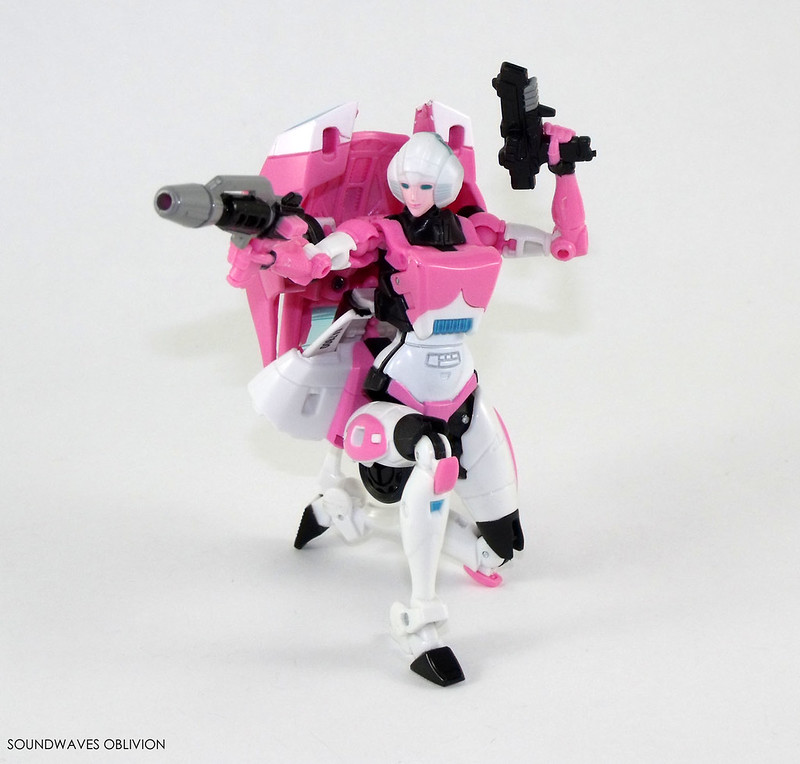 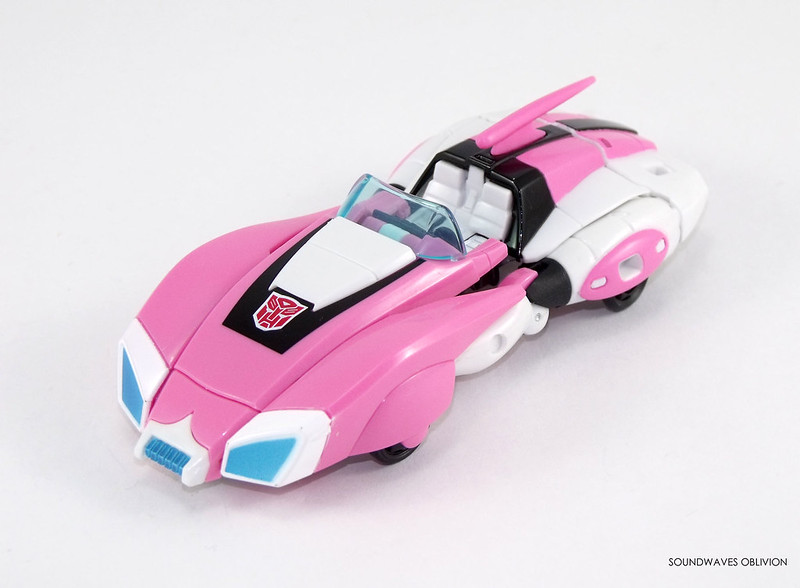 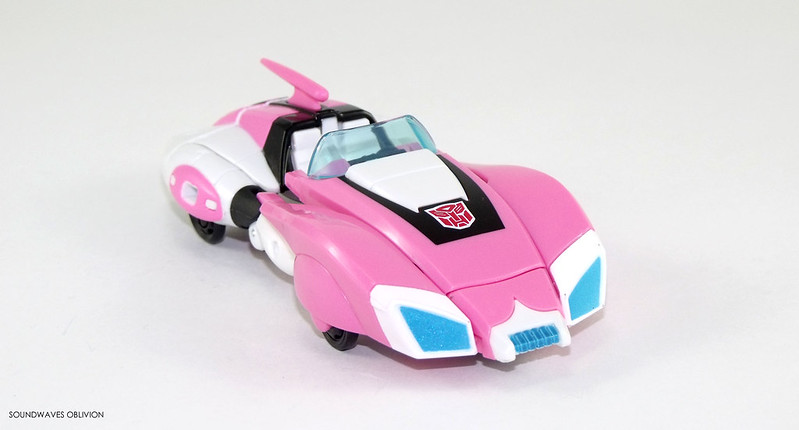