The original Mighty Morphin Power Rangers series from 1993 in an adaptation from the Japanese Super Sentai series, which at this time was in its 16th series (having started in 1975) called "Kyoryu Sentai Zyuranger". The Dragonzords Japanese name is "Dragon Caesar".

Released a year after the Legacy Megazord, the Legacy Dragonzord was an anticipated figure. This is an all new mould which has never been released before unlike the Legacy Megazord. This figure also does not come with a sticker sheet, all the details are either moulded on or are pre-applied stickers.

The Dragonzord is screen accurate and is full of die cast metal so it is quite heavy, this can be disconcerting when trying to combine it with the Megazord for the Mega Dragonzord combination. This combination itself is not as straightforward as the original and I'd suggest reading the instructions before attempting it.

There are no longer lights or sounds in the chest unit; the lack of a battery compartment means a handle for the Lazer Drill can be stored in the unit rather than the cumbersome handle which came with the original and didn't really work.

The tail has improved and has more articulation, there is no more danger of the end piece breaking off because of rubber connections. However, as the tail is larger, it will no longer attach onto the Mega Dragonzord as it did with the original. When the tail is used to transform into the Power Lazer Drill, it is huge and towers over the Drazonzord.

Dragonzord also comes with 2 pairs of hands. One pair where the fingers are straight (these can also stay on when being transformed) and the second pair with curled fingers. 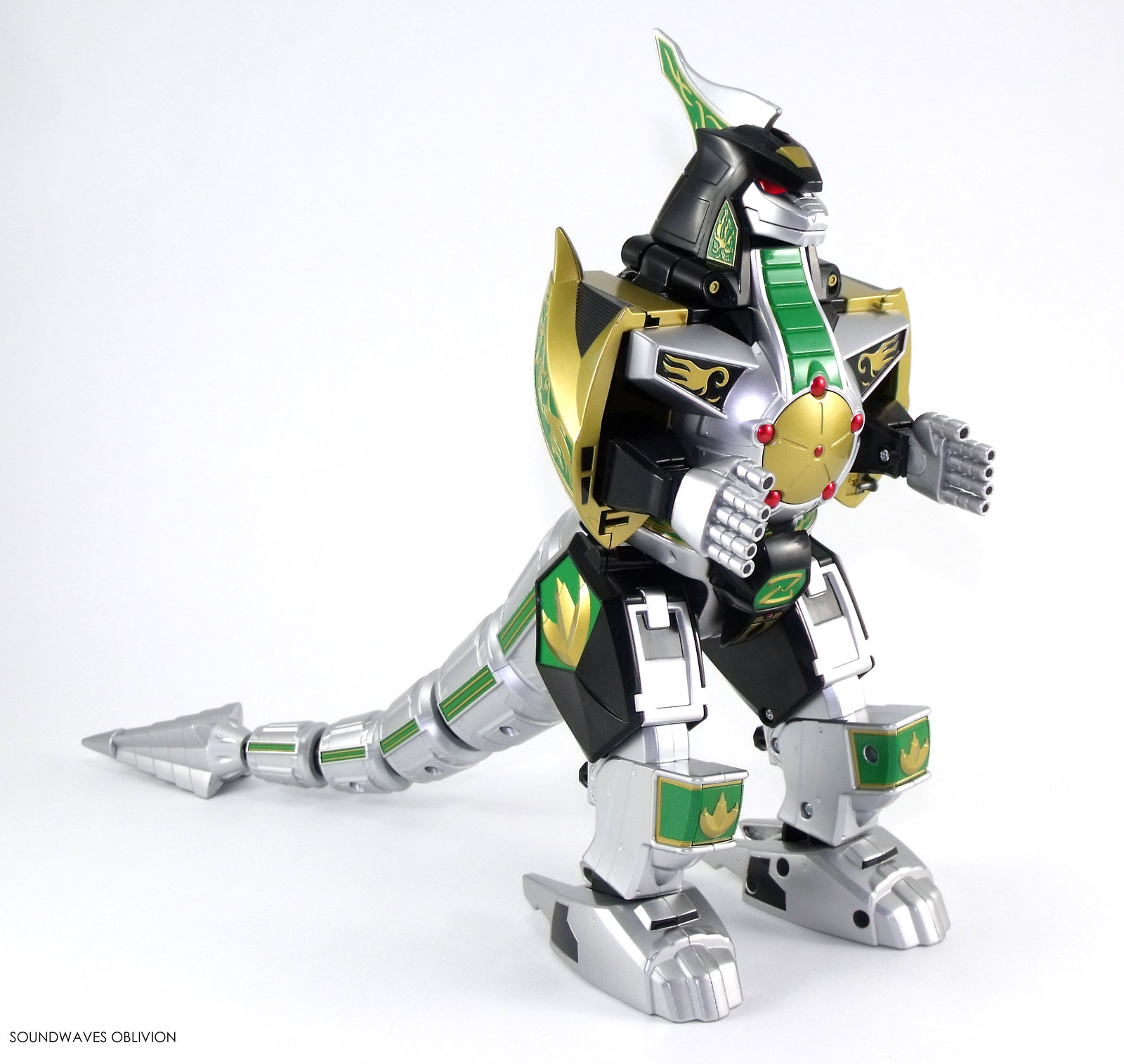 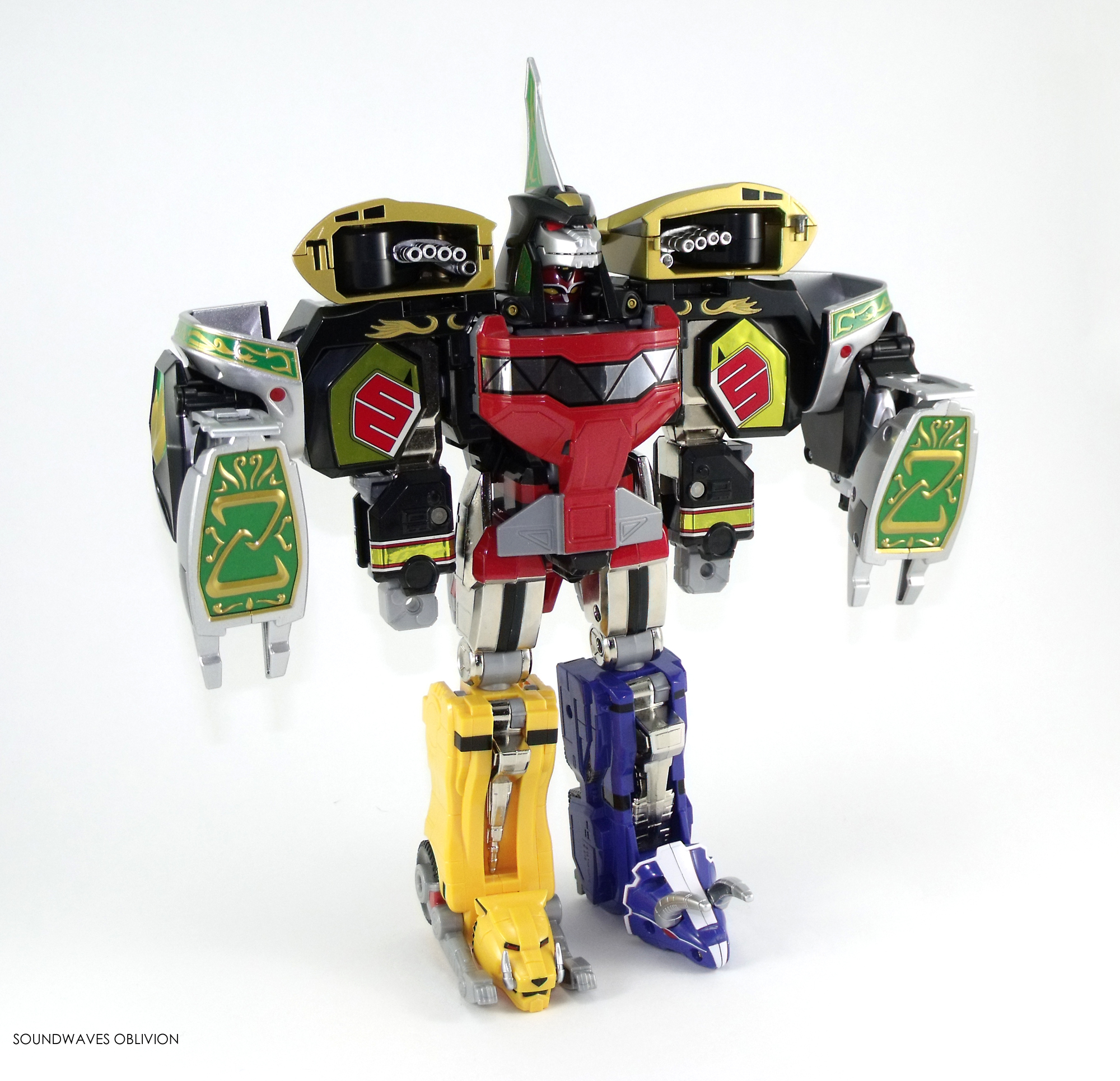 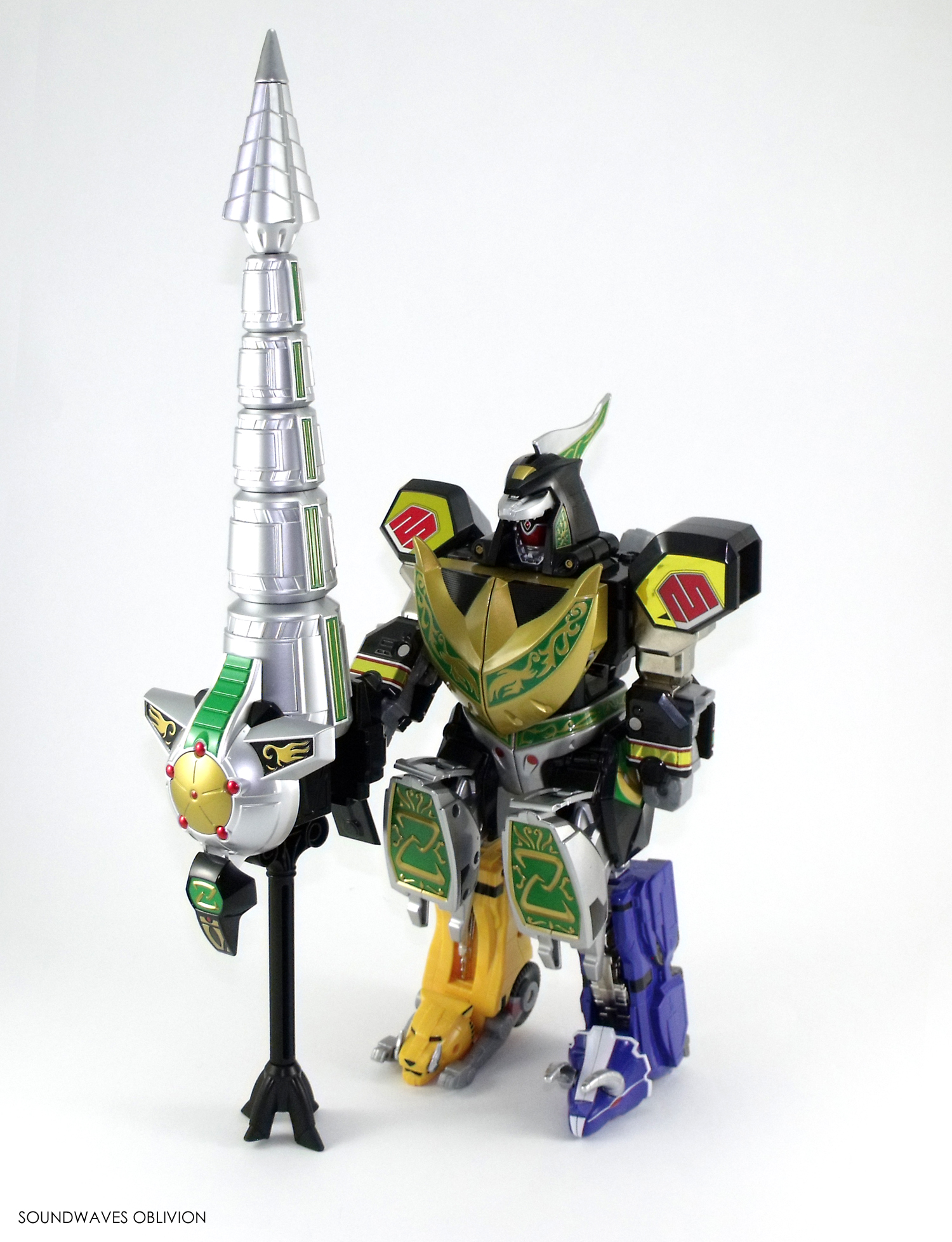 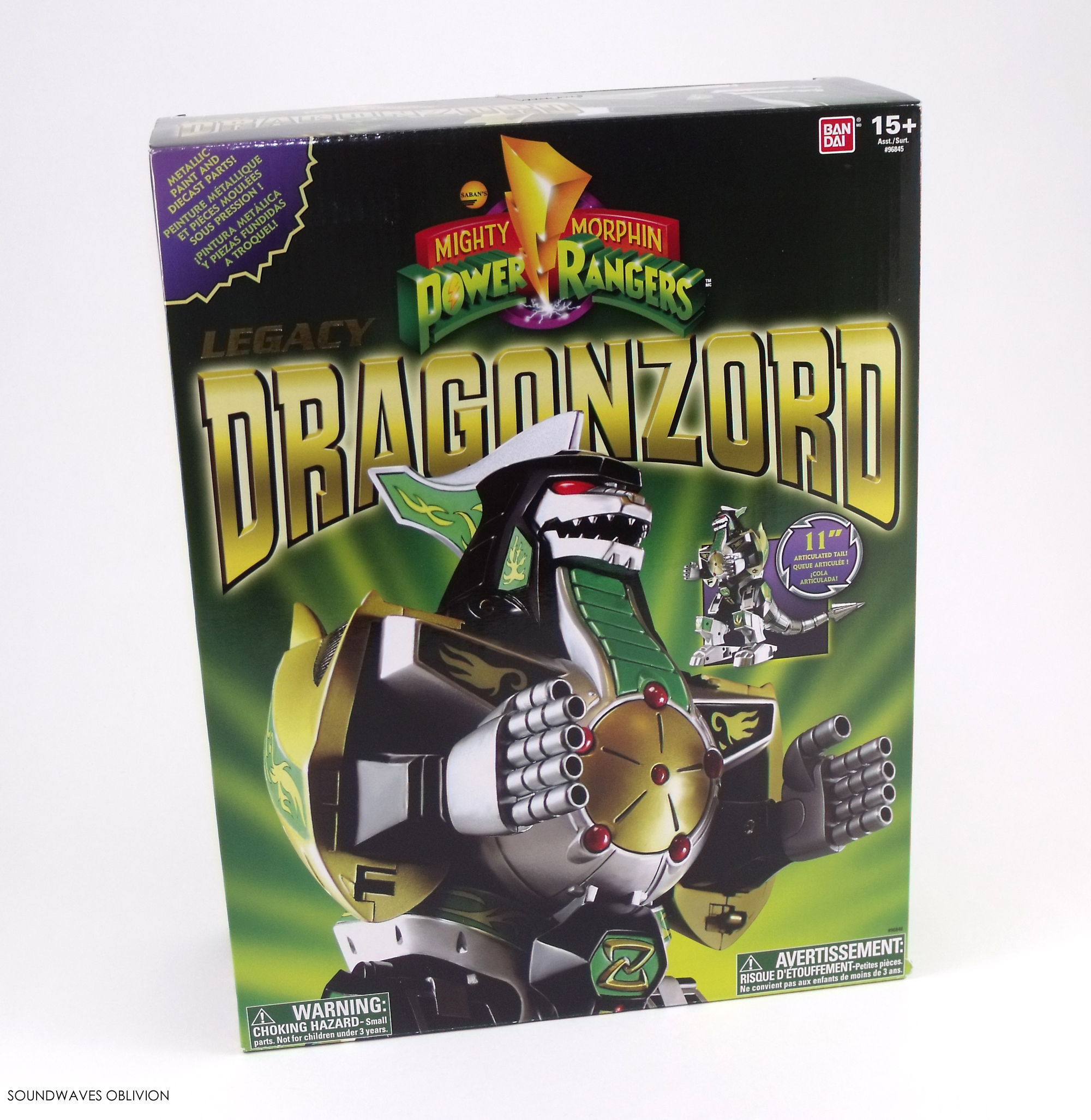 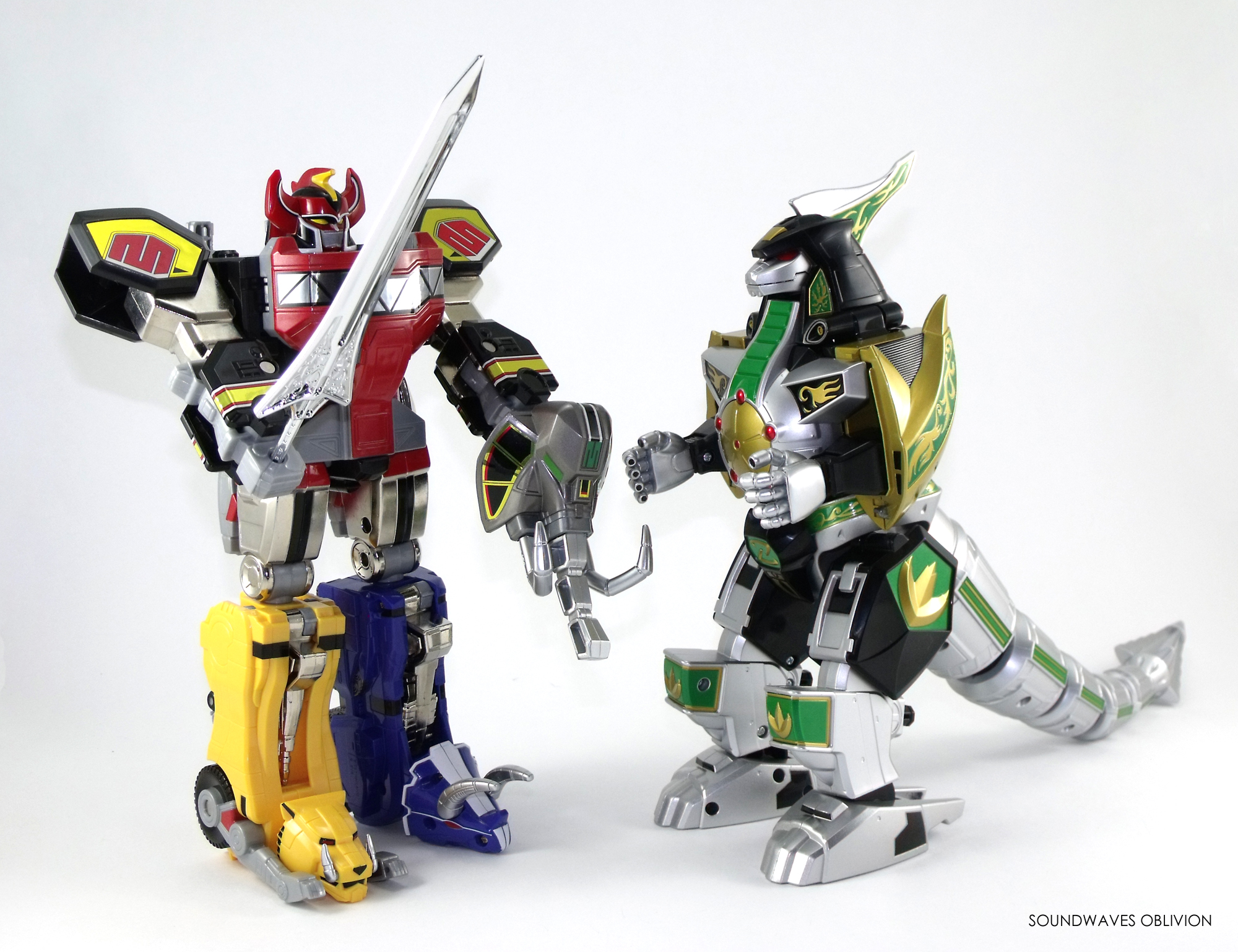