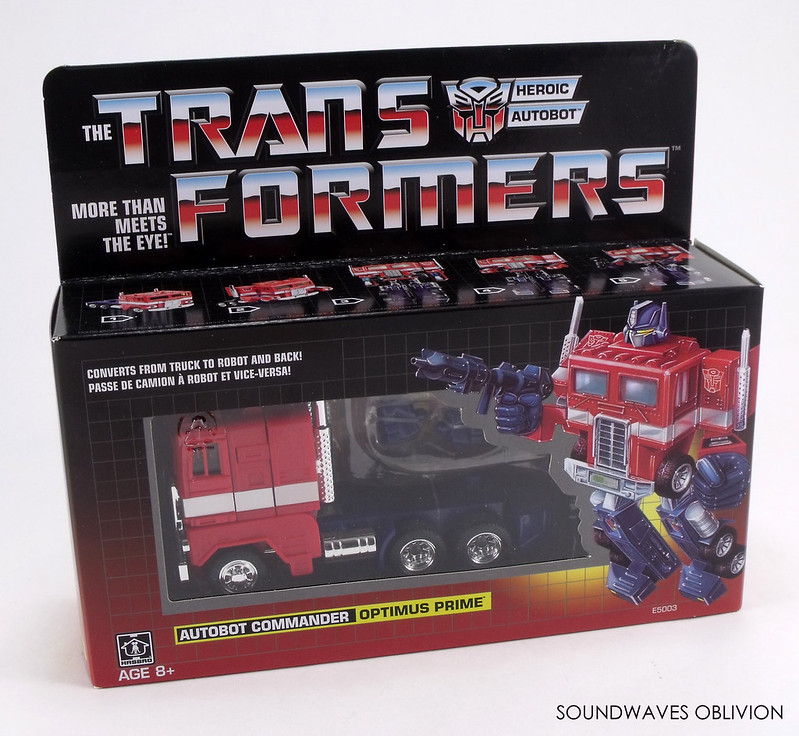 Function: Commander
"Freedom is the right of all sentient beings."
Optimus Prime is the largest, strongest and wisest of all Autobots. Feels his role is the protection of all life, including Earth-life. Fights unceasingly to defeat the Decepticons. Splits into three autonomous modules: 1) Optimus Prime... the brain center known as the Commander; 2) Roller, the Autobot scout car... a spy who operates up to 1200 miles away; and 3) Autobot Headquarters... the combat deck equipped with a versatile mechanic/artillery robot. Injury to one module is felt by the other two.
STR:10; INT:10; SPD:8; END:10; RNK:10; CRG:10; FPR:8; SKL:10 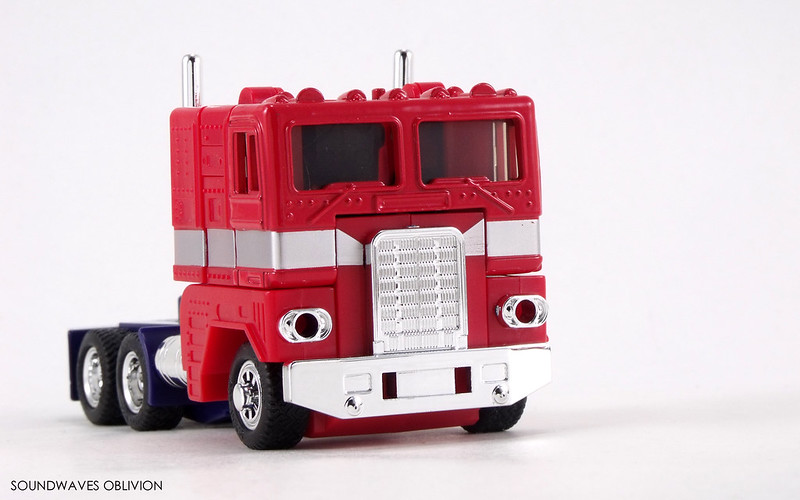 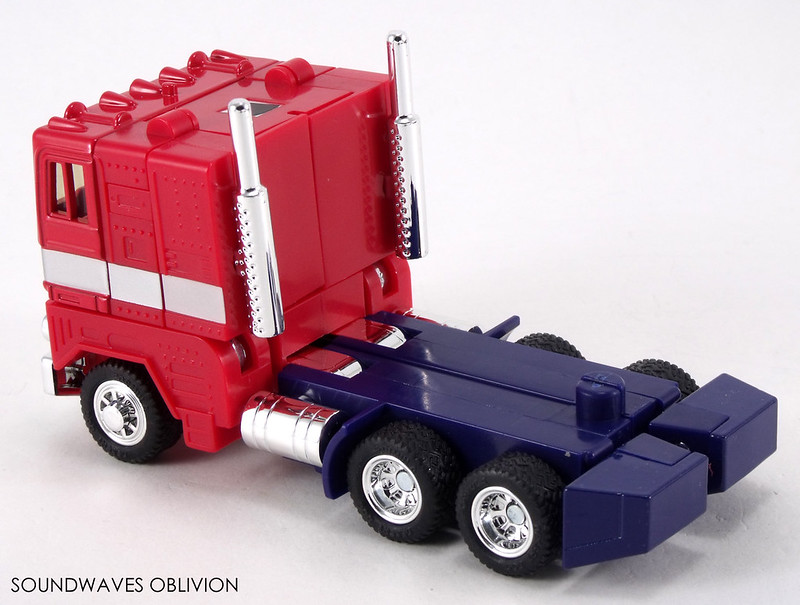 So far the Walmart reissues have done a great job at recreating the 1980's style however the Optimus Prime release is an interesting one. There are two factors which may put people off from purchasing this release, the first is the price and what you get for the price. For the first time, the G1 Optimus Prime is being released without his iconic trailer and the cab / robot section is being sold for a costly $50. Granted Hasbro may be wanting to keep the price down if they aren't making as many as they did of the 2002 Commemorative Series version, which back in 2002 retailed for $39.99 USD.


The box itself as a perfect representation, albeit much shorter, of the original 1984 version and it even has the original box art by Jeffrey Mangiat. The aforementioned Commemorative series reissue used Takara's version of the box art. 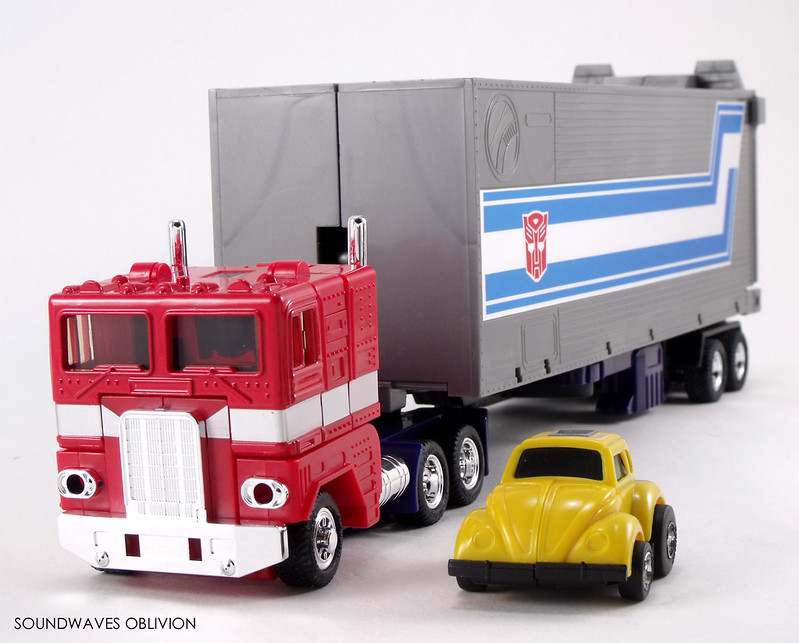 Optimus Prime is packaged in vehicle mode and comes with his two fists and two versions of his iconic gun - one with a thicker barrel and the other with a thinner barrel. The thicker barrel version is what the original Diaclone version came with, and several of Takara's Convoy reissues have also been released with this thicker gun. This version of the gun has only been released by Hasbro with the original 1984 pre-rub sign Optimus Prime and the 2007 Pepsi Optimus Prime. 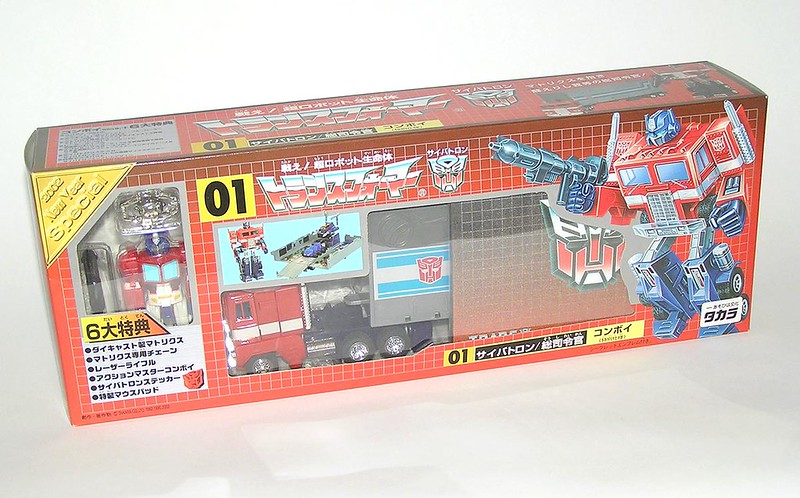 The first reissue of the thick gun variant came with the 2002 "Convoy (Special Edition)" and I found this gun to be rather disappointing with its soft detailing and it was bowed, not straight as you'd expect. For this 2019 reissue this gun has been remoulded and has much sharper detail. 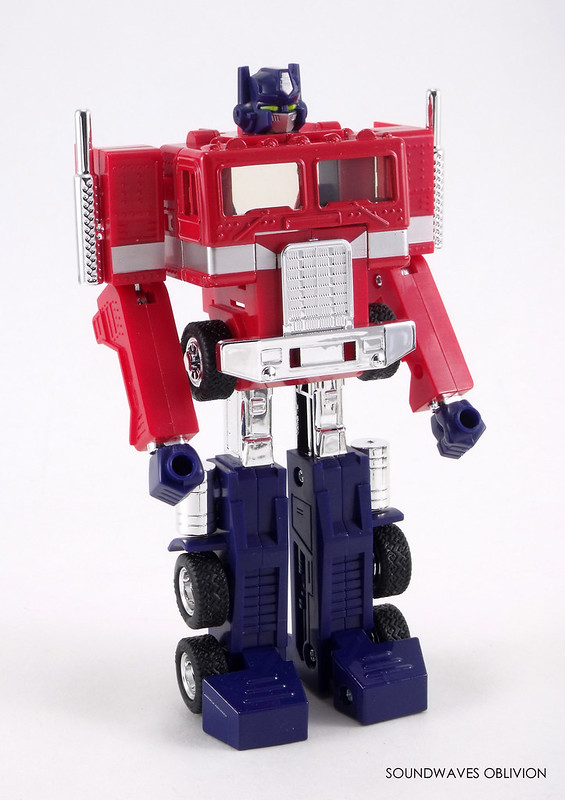 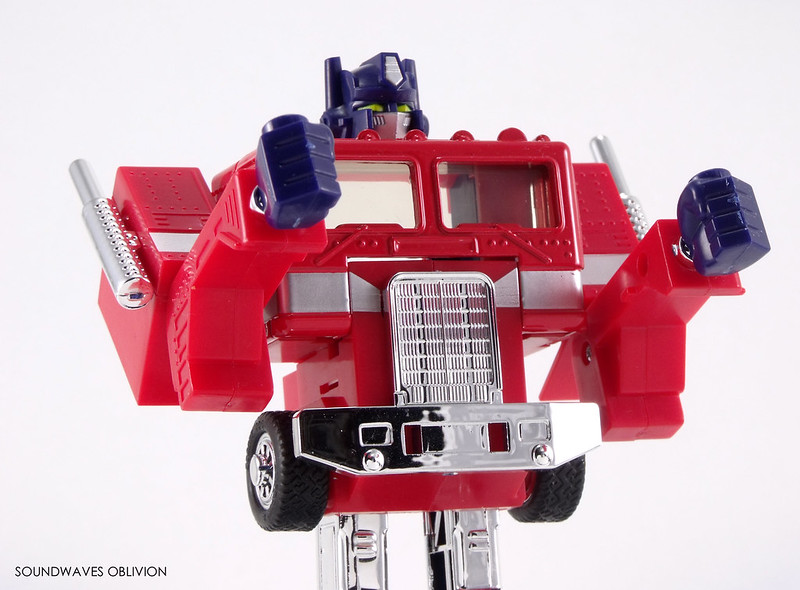 The main stand out feature with this reissue is the smokestacks; Hasbro have previously shortened the smokestacks on all their Optimus Prime reissues but not this time for some reason. The figure itself like the thicker gun, seems to have much sharper detailing indicating this might be a brand new mould; after this has been reissued many times over perhaps a new mould was needed? 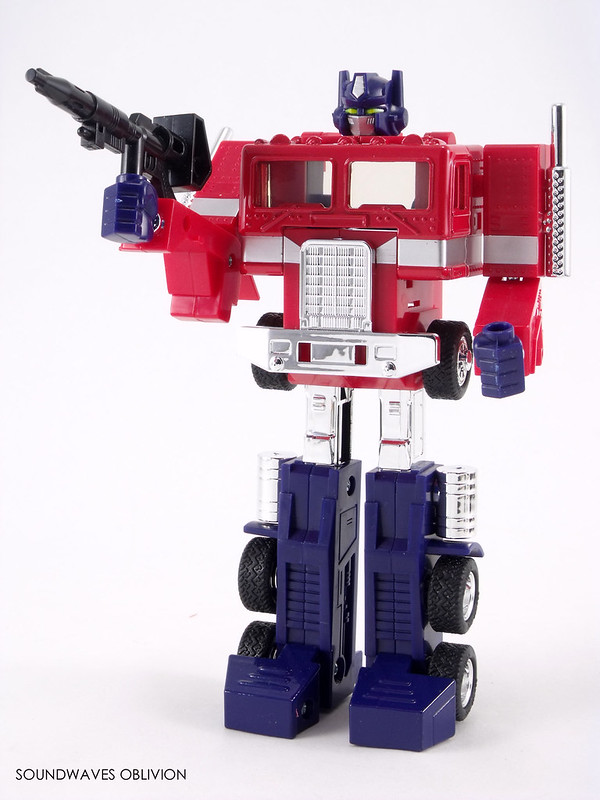 When I compared the figure against my 2003 Transformers Collection Convoy reissue, I found this newer mould to be superior quality wise. In robot mode looking at the rear of the figure you notice the main difference. As this figure does not have the trailer the copyright stamps are on the back of the upper arms; all previous Optimus Prime cab sections did not have any copyright stamps. 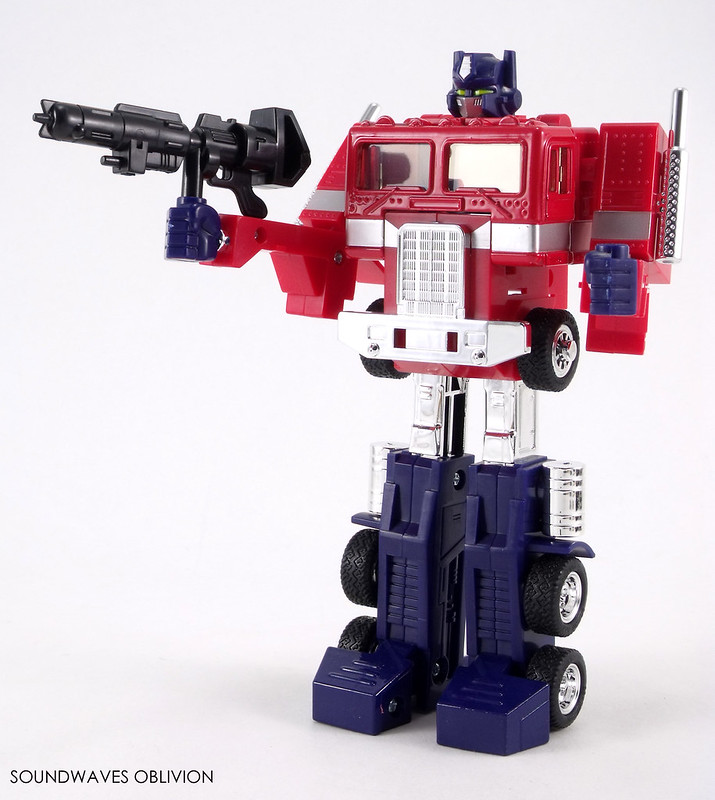 Takara Tomy released their version of this figure in their Transformers 35th Anniversary Convoy & Optimus Prime Set for 10,800 Yen (around £80 / $99 USD). Both Takara Tomy's and Hasbro's reissues are near identical but the one thing Takara Tomy did better than Hasbro was the sticker sheet. Takara Tomy's presentation is much better than Hasbro's plus theirs is accurate to the original stickers. With Hasbro's release, on each knee sticker there is a blue upside down triangle; with the original one of the triangles should be red. This is only a minor observation but it is corrected by Takara Tomy.

This reissue falls short of being perfect, if only this came with the trailer.