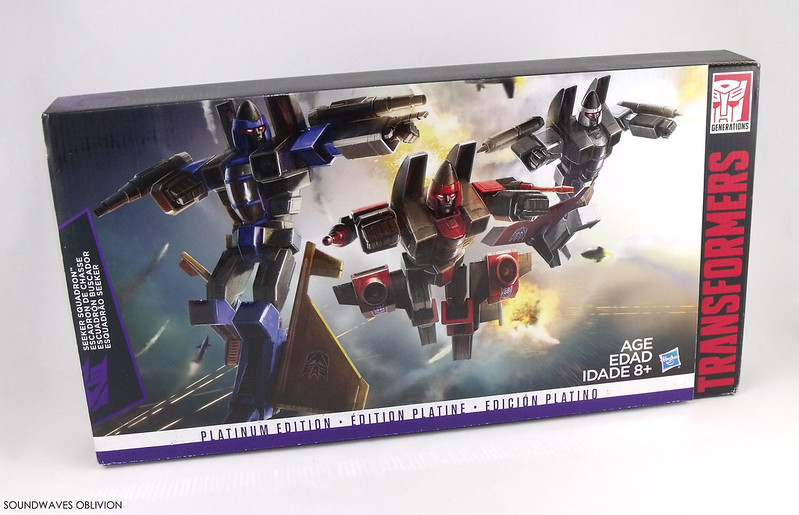 To overrun their enemies, the Decepticons create the Seekers; cloned jet troopers designed for maximum destruction.

The cartoon portrayed the 3 new Seekers as "coneheads" though the box art and toy instructions depicted the figures nosecones being tilted backwards as with Starscream et al.

The box itself as with other Platinum Edition reissues has a premium feel and it comes with a flap on the front secured with velcro allowing you view the figures inside.


The plastic quality suffers with these releases and it does feel cheaper than the previous reissues, certainly with the fists which when pushed on the arm, it stresses the thin plastic on the wrists. On each of the figures right legs there is also an unsightly large CE marking. A positive with this set is that Thrusts missiles have not been lengthened like Hasbro's previous Commemorative Series Decepticon jets. Another nice addition is that this set comes with the three sticker sheets for each of the Seekers, rather than the decals either being pre-applied or the details printed on the plastic.

Currently at time of writing, this set is still widely available and there are very good deals out there, certainly pick this set up if you are a Seeker fan. My only reservation over this set is the thin plastic on the fists but you can easily pick spares up on the likes of eBay. 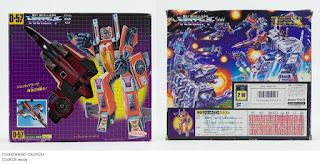