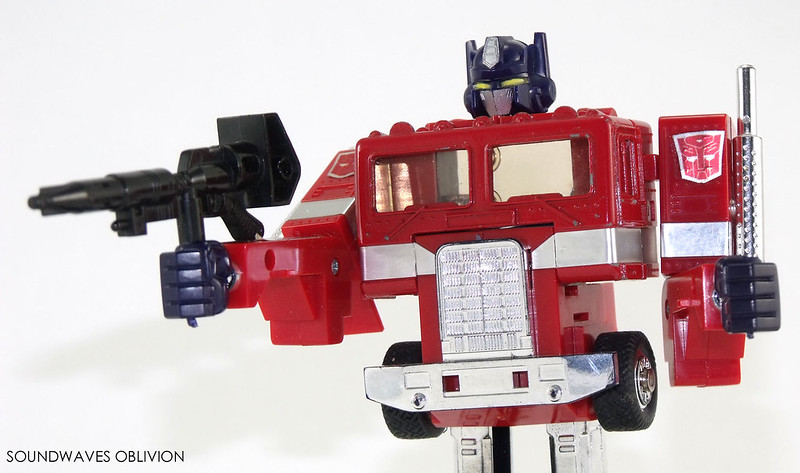 Motto: "Freedom is the right of all sentient beings."

Optimus Prime is the largest, strongest and wisest of all Autobots. His role is to protect all life in the fight to defeat the Decepticons. Splits into three autonomous modules: 1) Optimus Prime...the brain centre known as the commander, 2) Roller, the Autobot scout car...a spy who operates up to 1200 miles away, 3) Autobot headquarters...the combat deck equipped with a versatile mechanic/artillery robot. Injury to one module is felt by the other two. 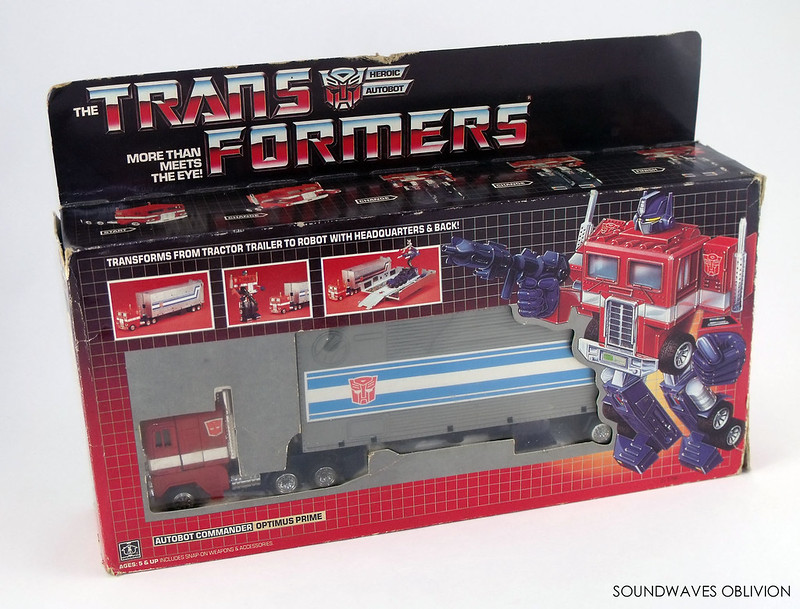 Optimus Prime is one of, if not the most well known and recognised Transformers. As with the majority of the other original Autobots, Optimus Prime was first released in Japan in 1983 under the Diaclone line named "Battle Convoy". 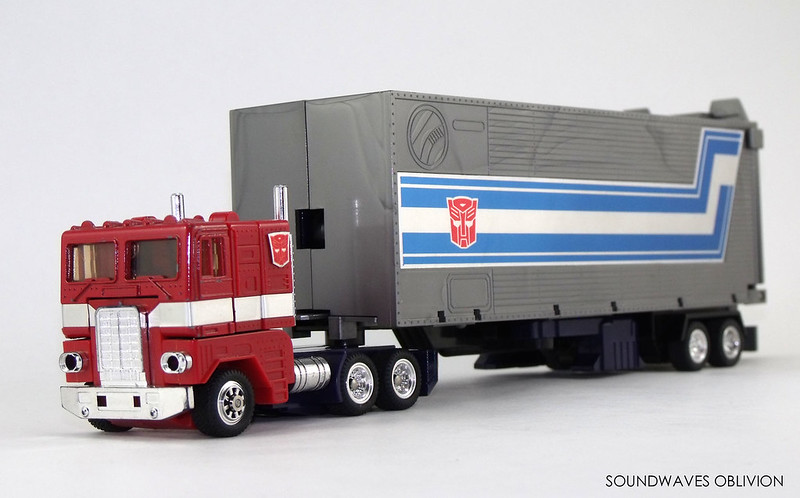 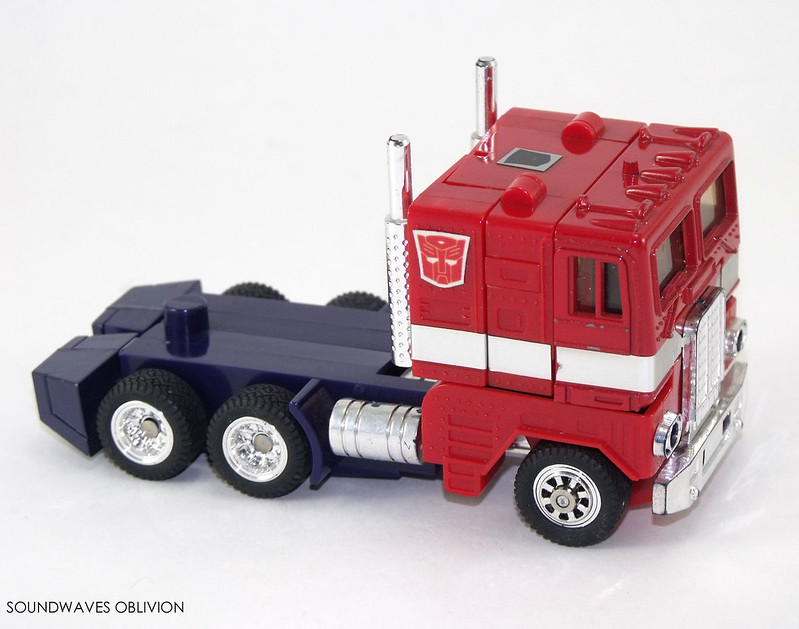 Although there are several differences between Battle Convoy and the Optimus Prime figure, Battle Convoy does share similarities with Hasbros initial pre-rub sign Optimus Prime and Takaras own 1985 release of Convoy. These details are documented further down the page. 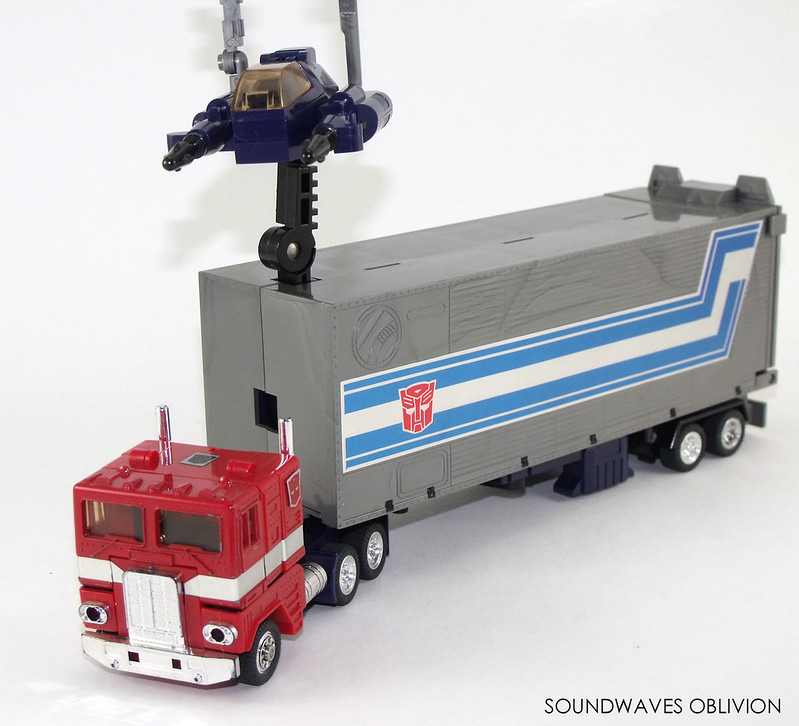 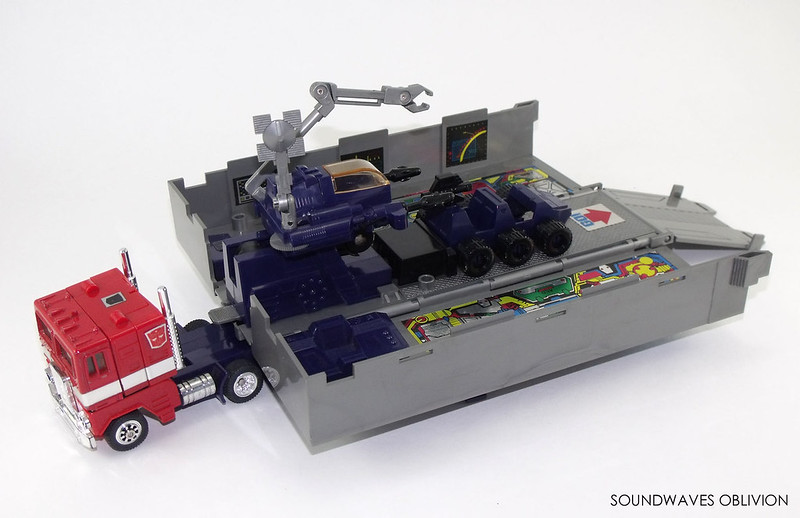 Optimus Prime transforms into a Kenworth K100 cab over engine truck and pulls a large silver trailer, there are 10 wheels in total each with rubber tires. Transformation is straightforward and he comes with lots of accessories to loose. The trailer is also large enough to fit an Autobot car or several Minibots. 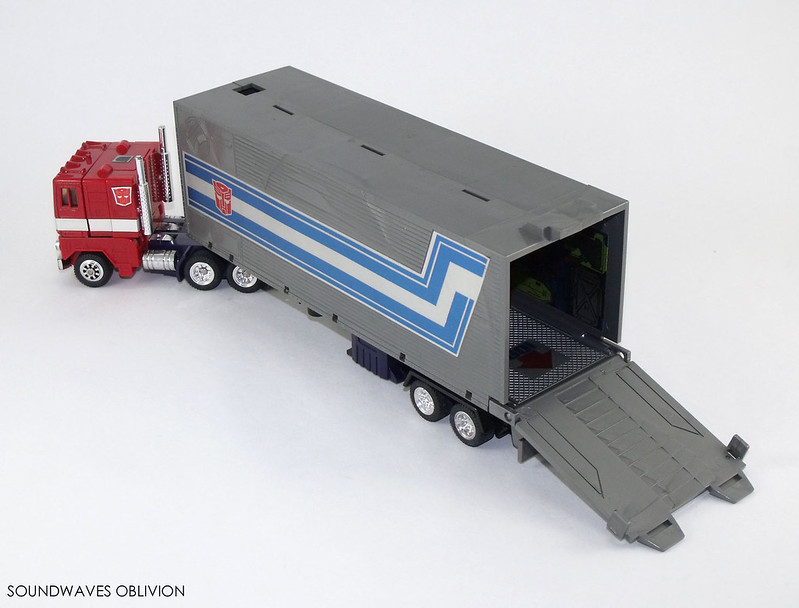 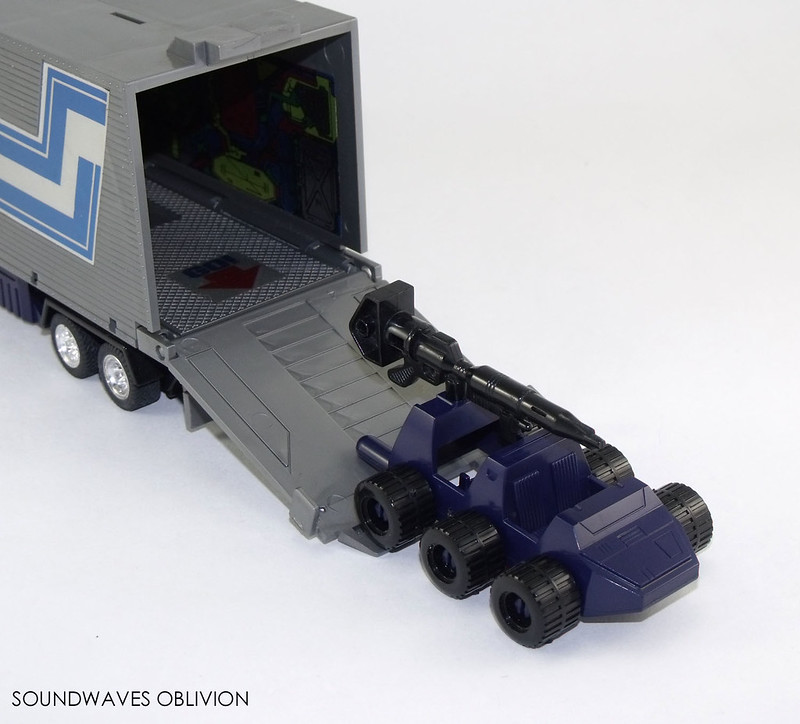 The die-cast metal front of the cab pulls forward which is where two Diaclone Inch Men would have sat but this space is later made use of with the 2002 reissue which came with a small die-cast metal Matrix of Leadership. 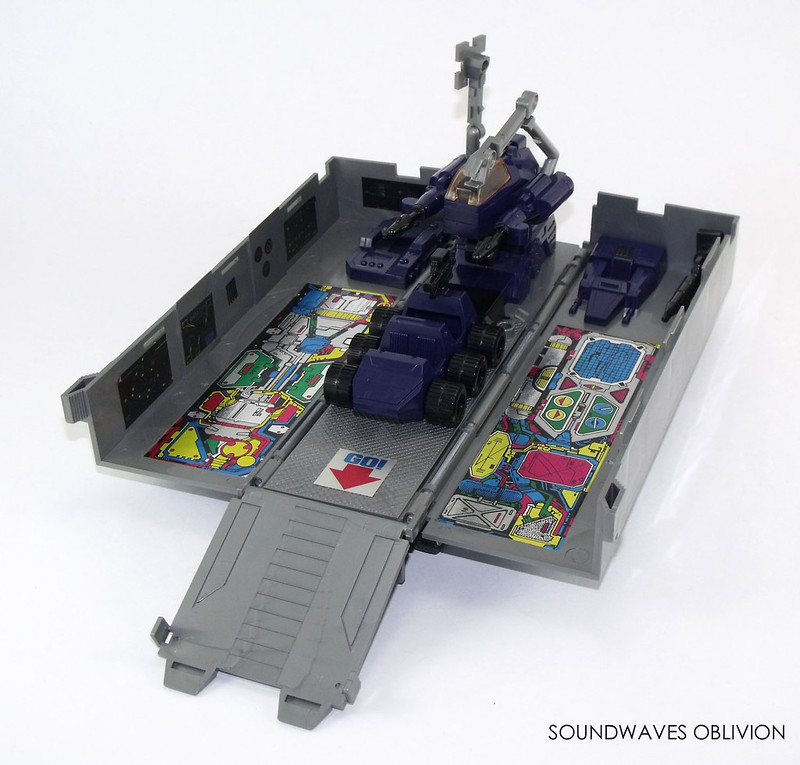 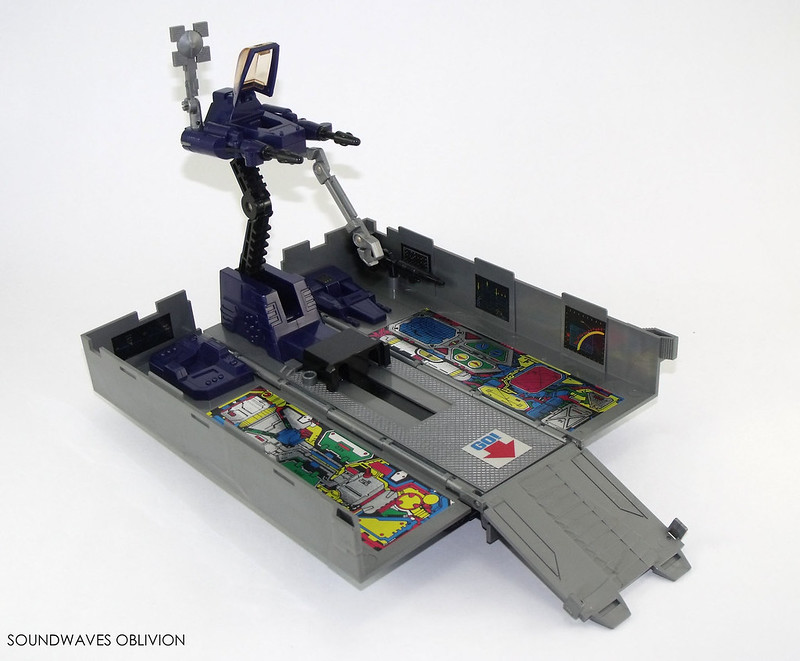 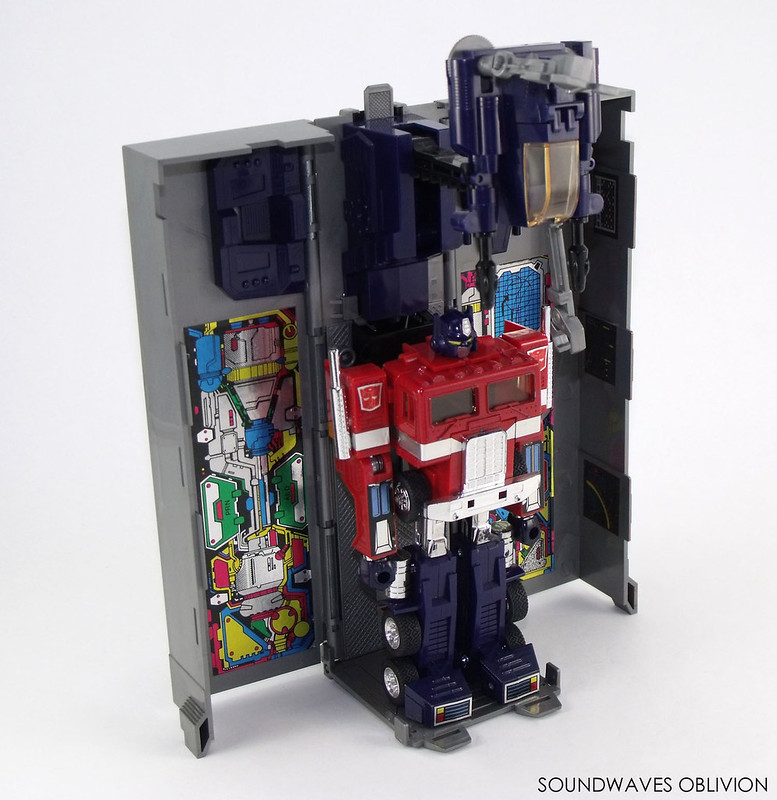 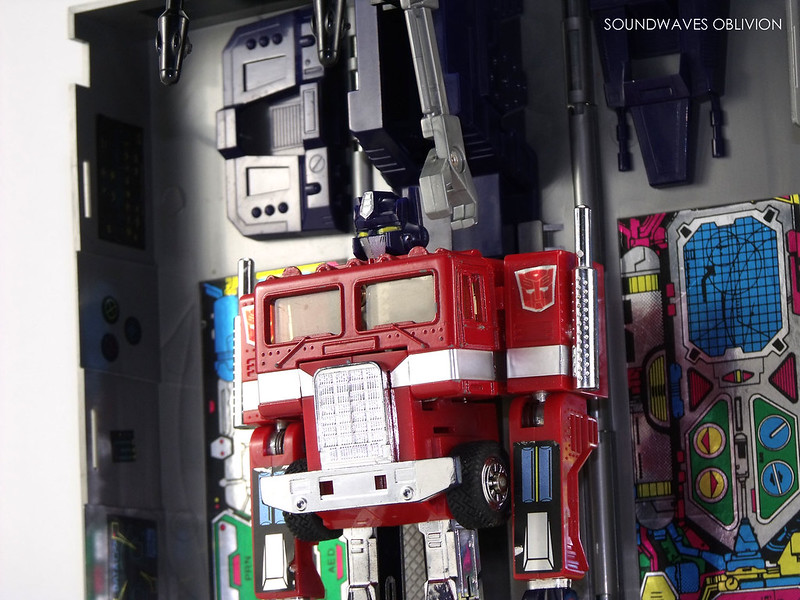 The trailer also features a spring loaded launcher which fires out the small scout vehicle called Roller (or "Buggy" in Japan). The strength of the spring was limited by Hasbro but can be easily modified, although you have to trim away a small plastic tab which stops the launcher. 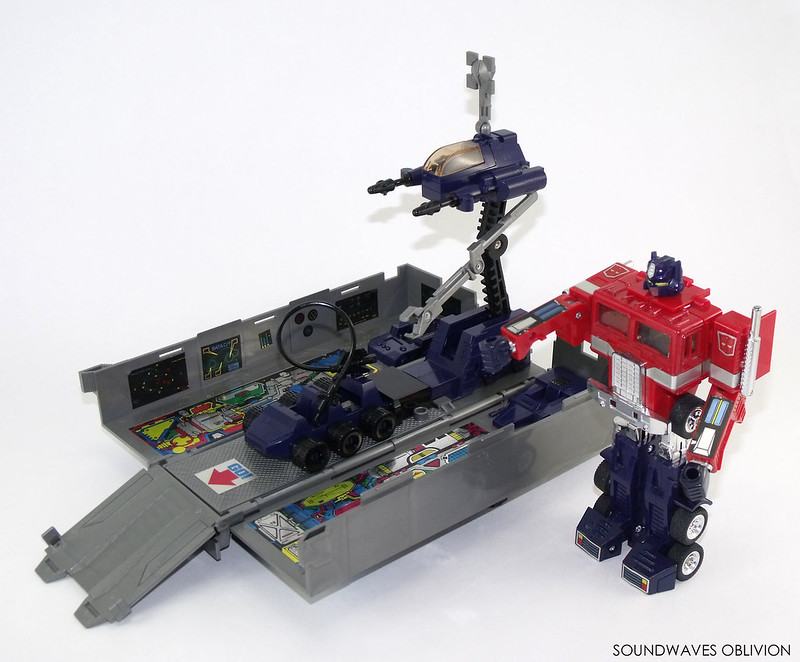 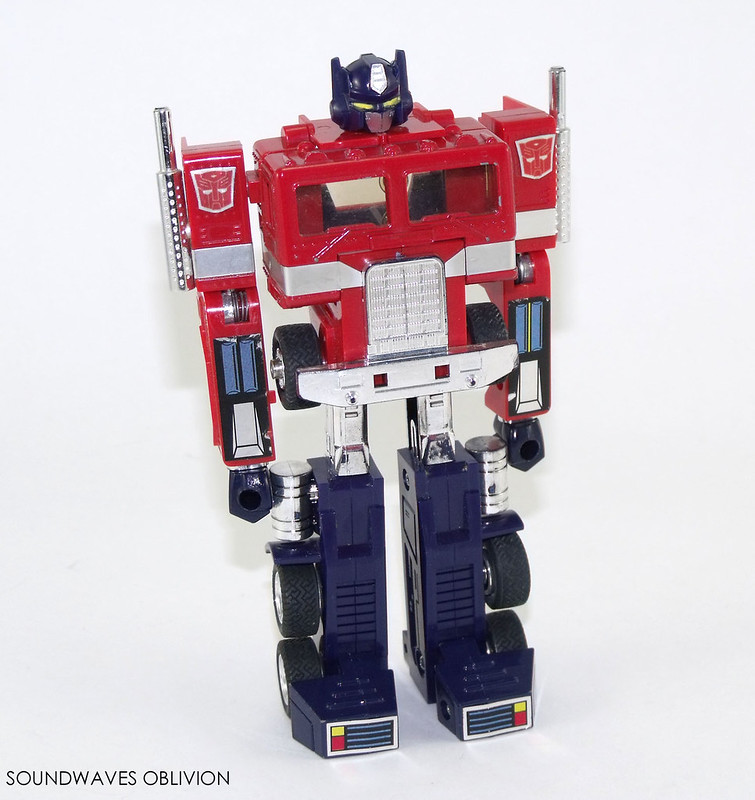 In the Diaclone line, Battle Convoy was repainted and released with a new trailer in 1984 and was called Powered Convoy; this version was repainted and entered the Transformers series in 1986 as Ultra Magnus. Apart from the trailer and the colour the small cab was identical to Optimus Prime. 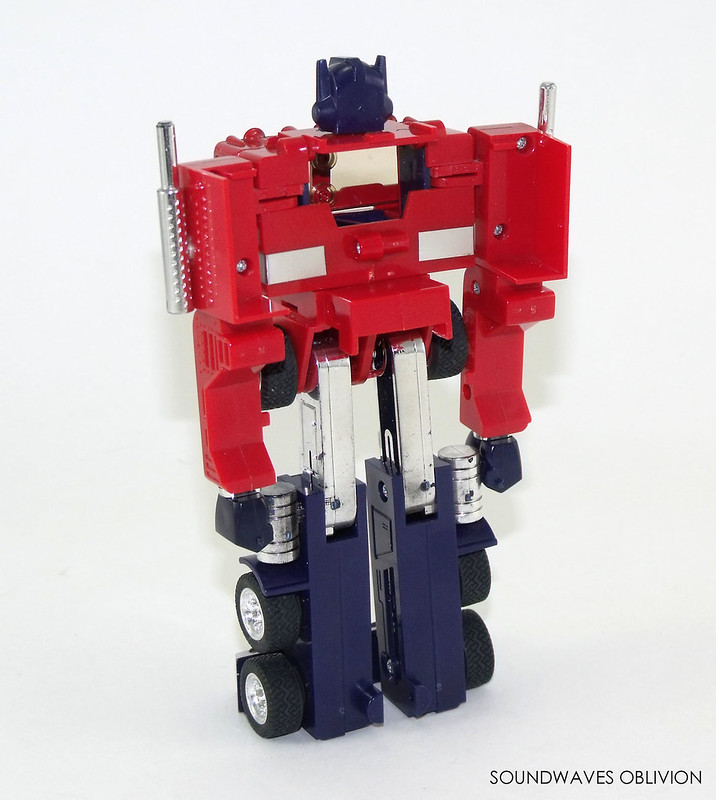 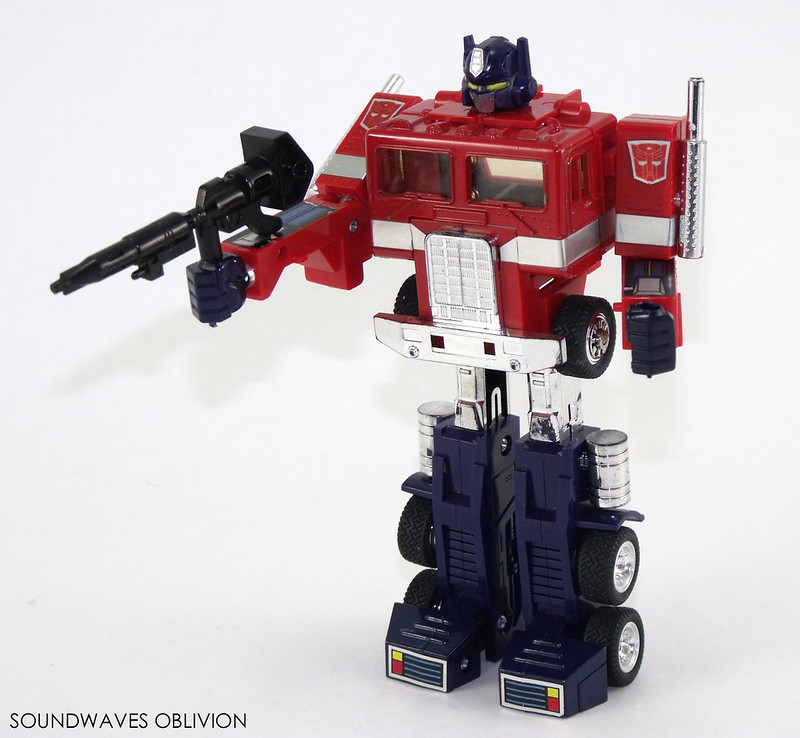 This figure is a must for any G1 fan; though the originals can be quite pricey for those in good condition, there are still plenty of reissues available for decent prices on the secondary market. 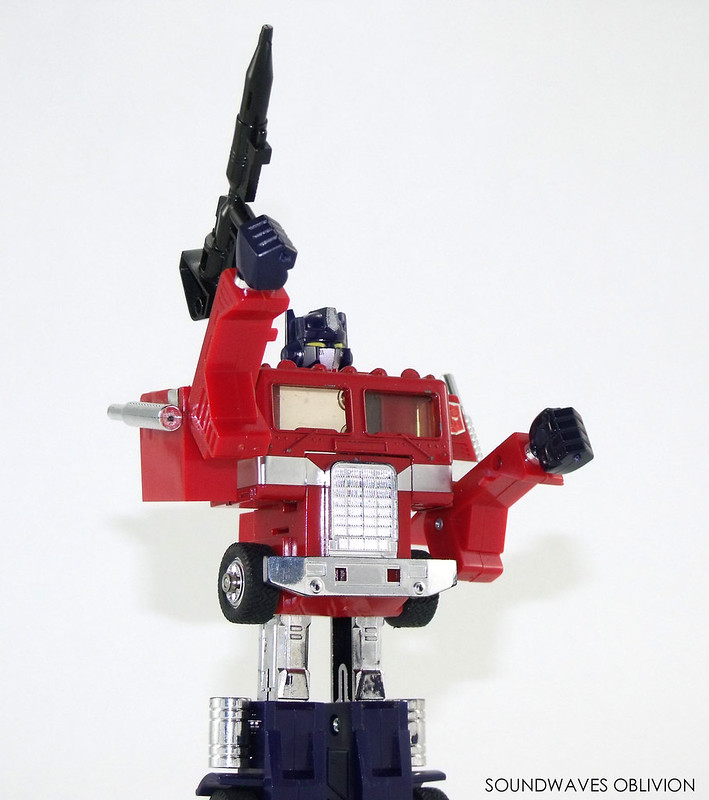 
History (not including Ultra Magnus releases) 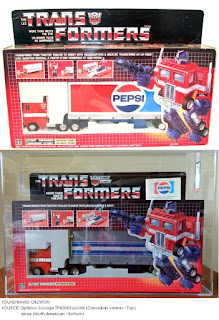