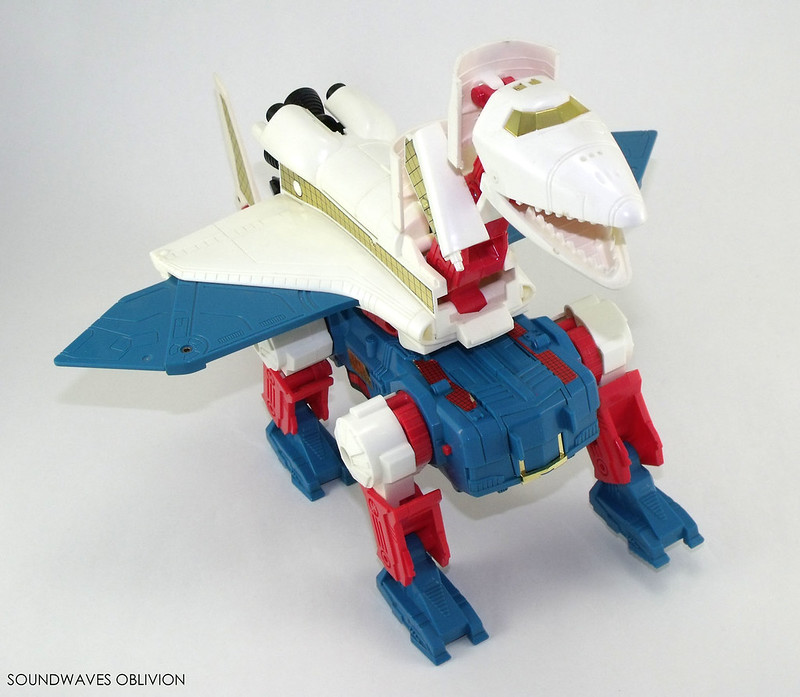 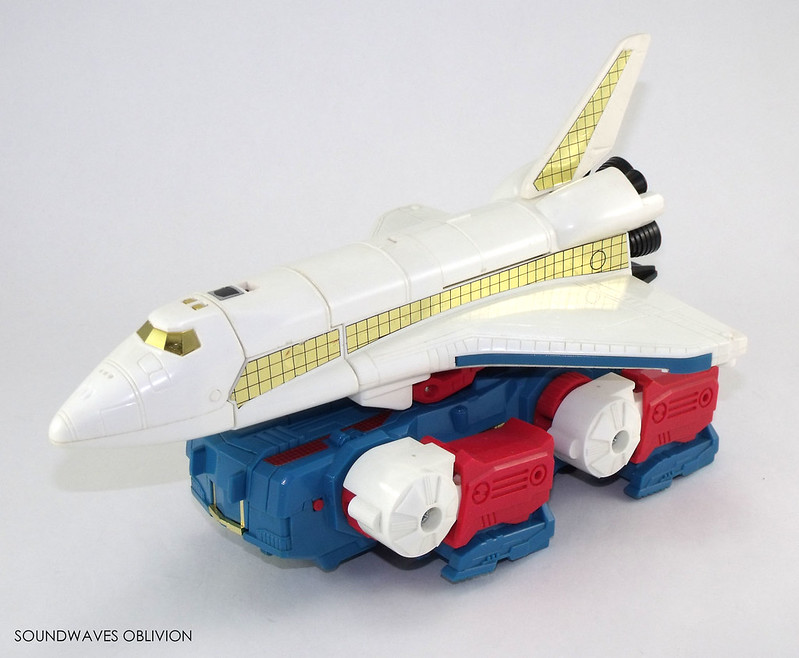 Sky Lynx was first released in 1986 for around $39.99, the second most expensive Transformer released that year; the first being Trypticon at $49.99. And just like Trypticon, Sky Lynx was motorised, being able to roll in shuttle mode or walk in Lynx / Sky Lynx mode. 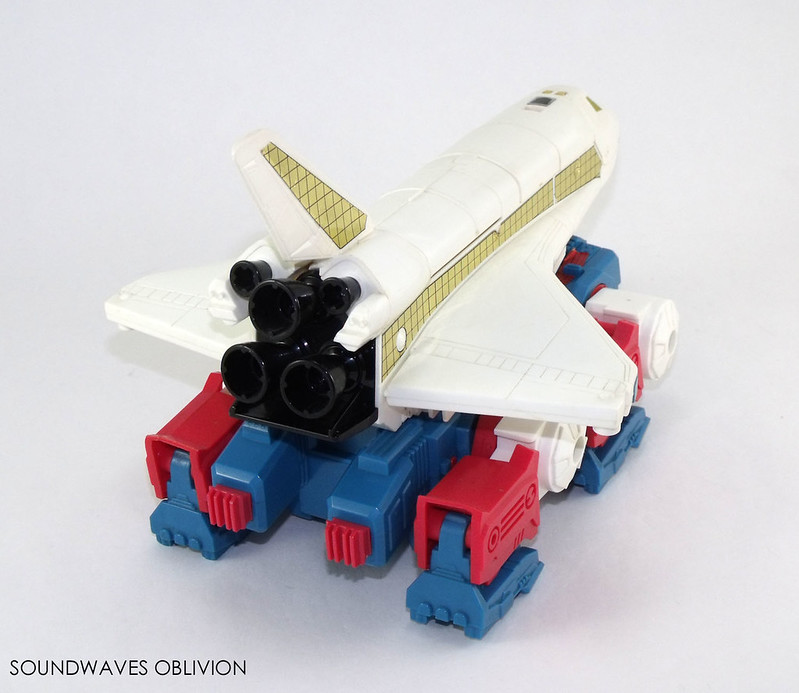 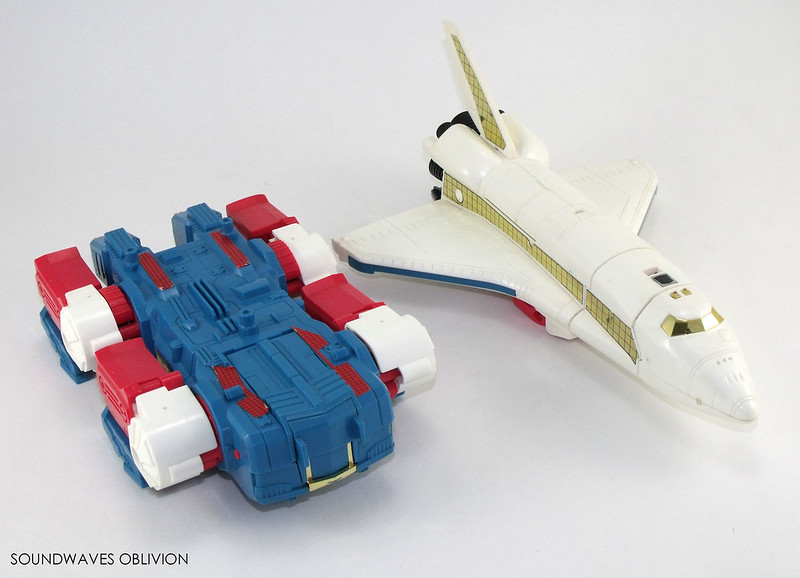 Sky Lynx is also the only Transformer released in 1986 not originally designed by Hasbro or Takara, but instead he was designed by Junichi Ishikawa (of Tomy for Toybox), the designer responsible for Mechabot-1 or Omega Supreme. Based upon the Zoids toyline, Shuttle Dinosaur as it was known, was not released by Toybox following the disappointing sales of Mechabot-1 however Hasbro expressed an interest and it became Sky Lynx. 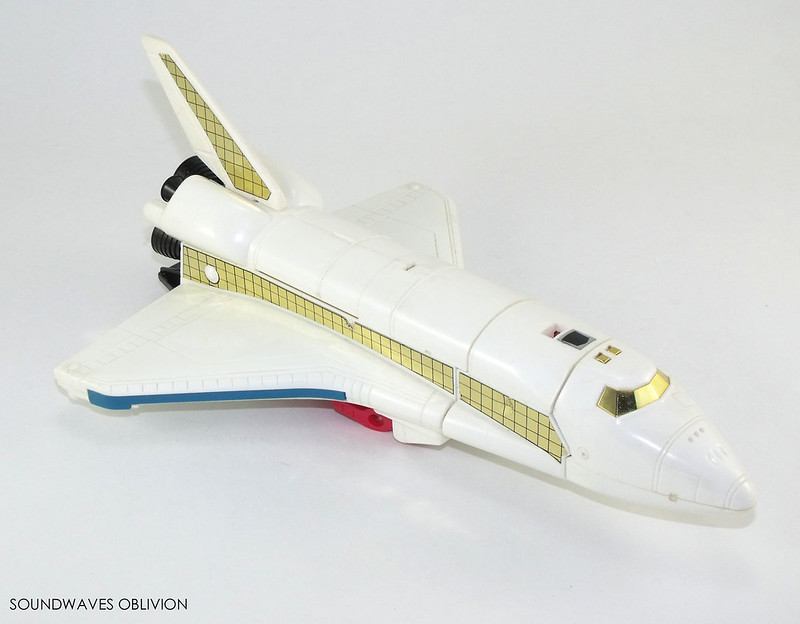 For some reason Takara did not release Sky Lynx; however some are of the opinion that the designation "C-115" was intended for Sky Lynx (following Fortress Maximus in 1987) so maybe his release was possibly planned? 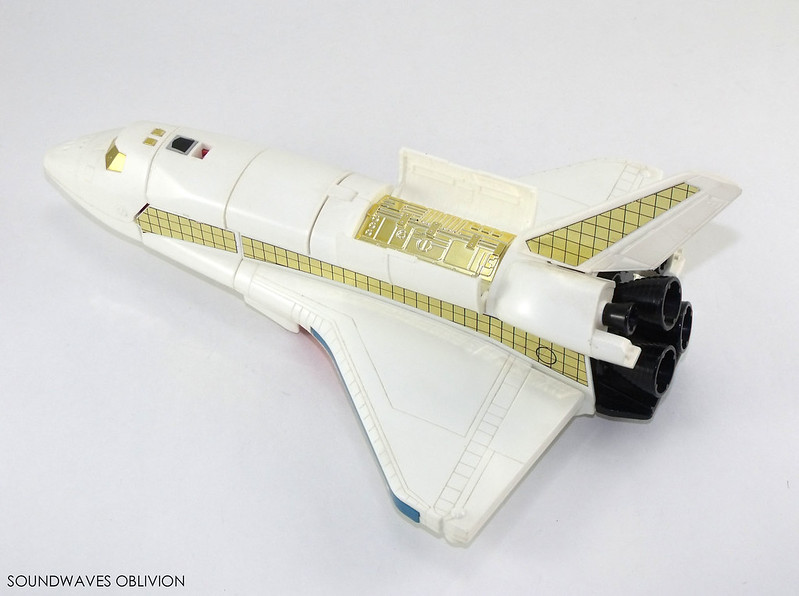 As Sky Lynx was not designed as a Transformer, his appearance is quite unusual amongst the other Autobots of this year. Shuttle mode resembles a typical space shuttle whose cargo doors open up to reveal chromed gold detailing, but you can't store any smaller figures inside. Transformation is quite straightforward and becomes a prehistoric bird complete with an opening mouth. The tail is quite important in this mode to keep its balance! 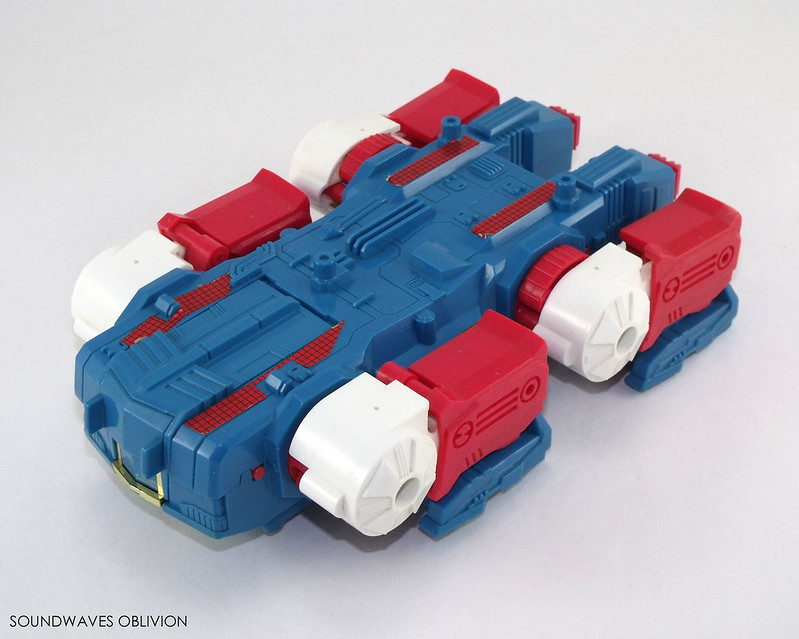 The blue transporter mode is the motorised section which can slowly roll in transporter mode and when transformed into Lynx mode it can also slowly walk (or stagger). Unfortunately the rubber on the wheels is prone to perishing, mine have completely disintegrated. 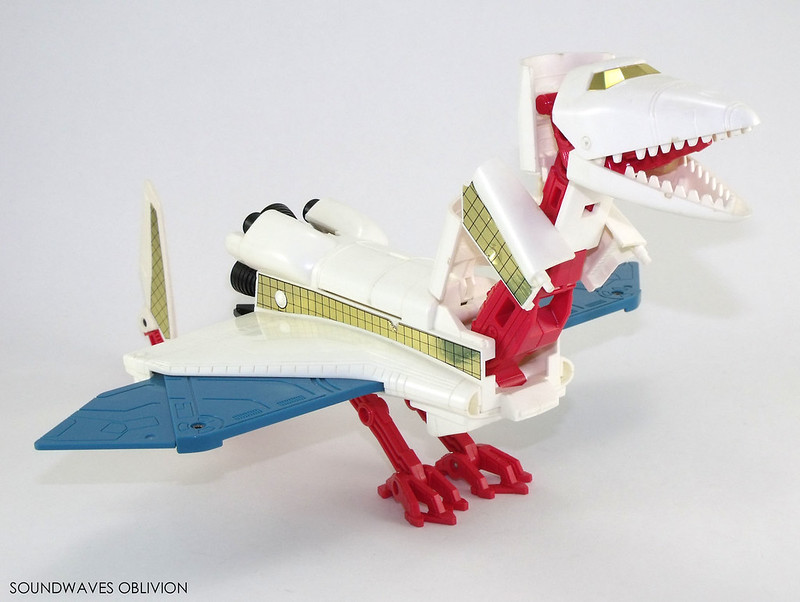 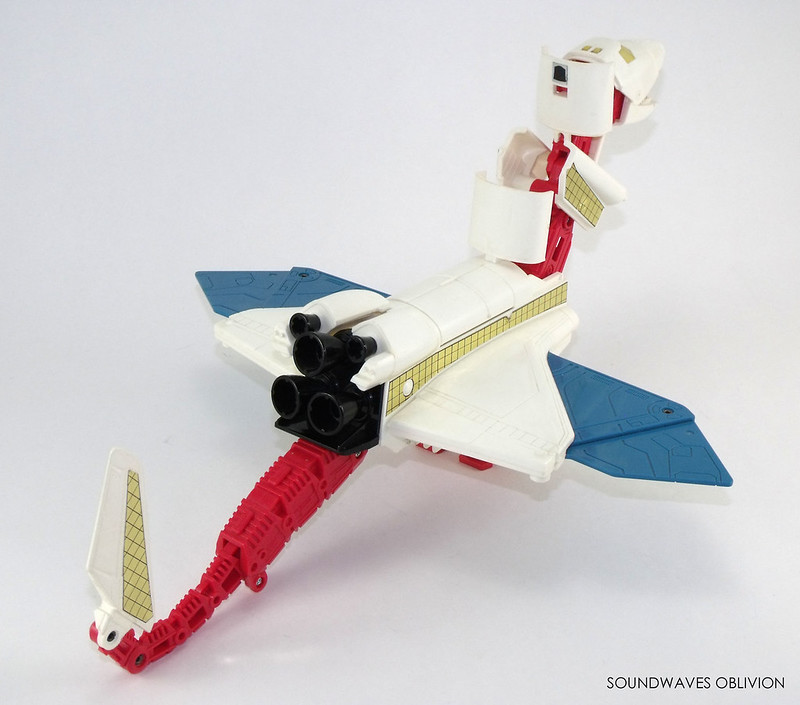 Transformation to Sky Lynx mode is simple, fold down the head on Lynx mode and fold up the legs on Sky mode and plug Sky on to Lynx. 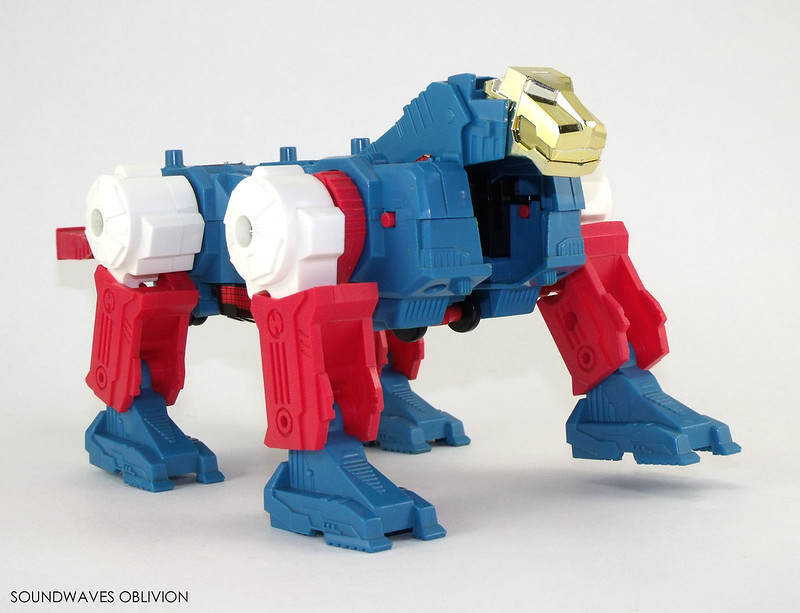 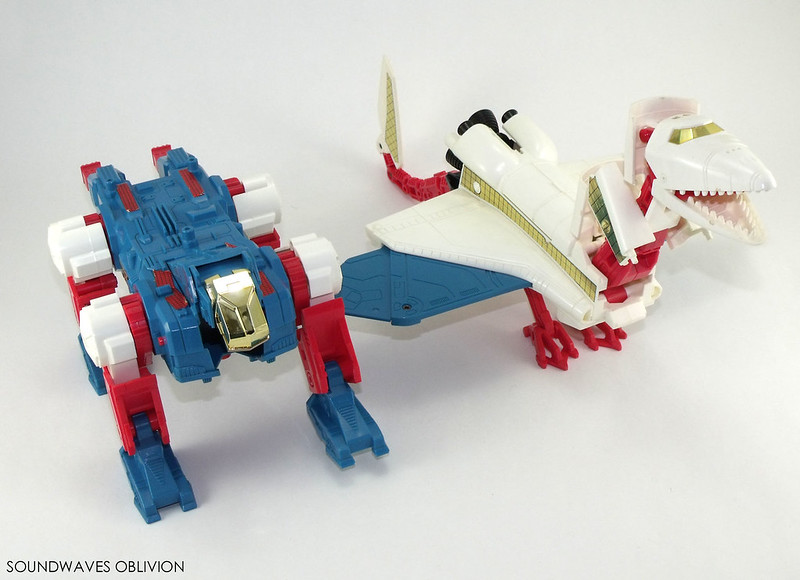 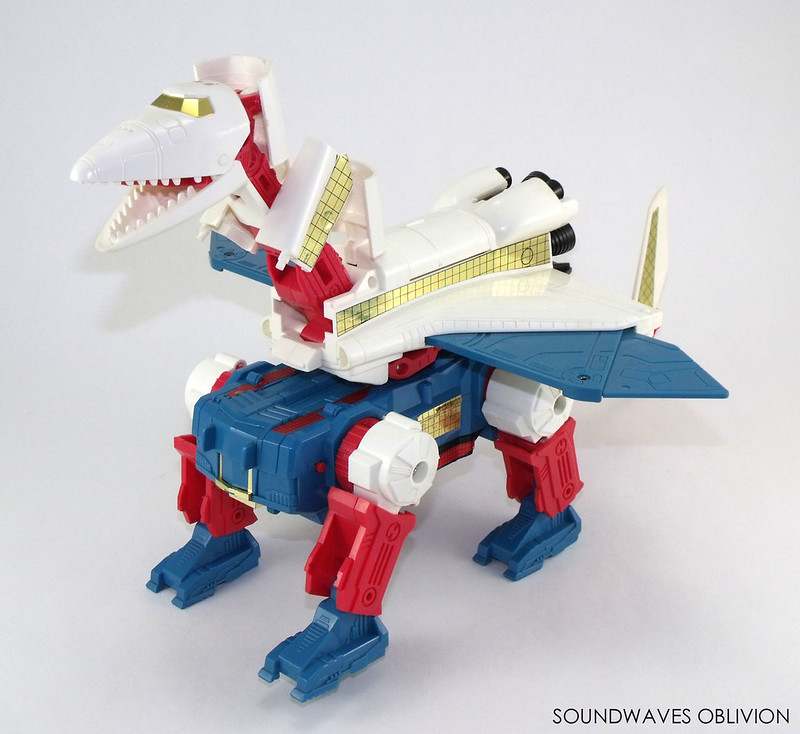 Thanks to Takaras merger with Tomy, Sky Lynx along with Omega Supreme were finally released in Japan in the Transformers Encore line in 2008. Sky Lynx remained pretty much unchanged from the original release though the inside of the mouth received more paint detailing and the Lynx mode receiving blue eyes. 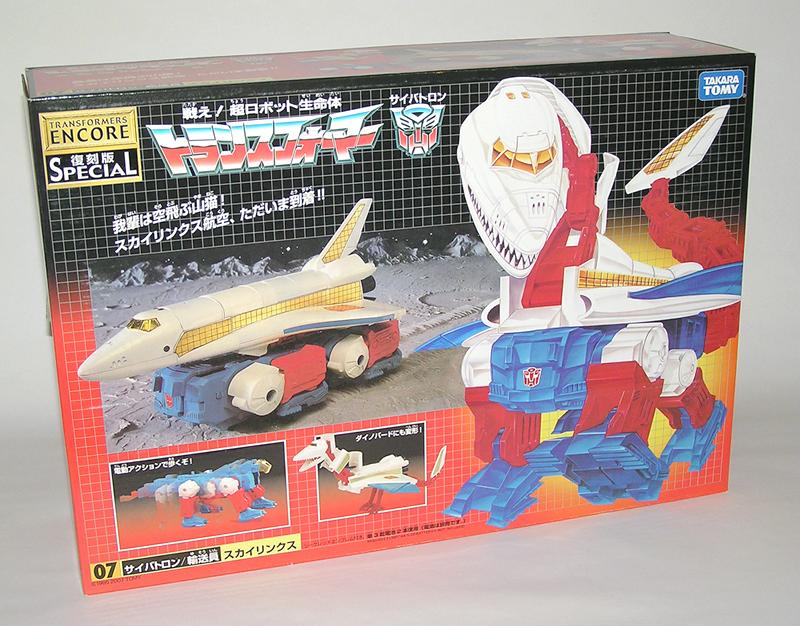 Sky Lynx has also received a more recent updated release in the Combiner Wars series, though this version does not separate into separate robots.