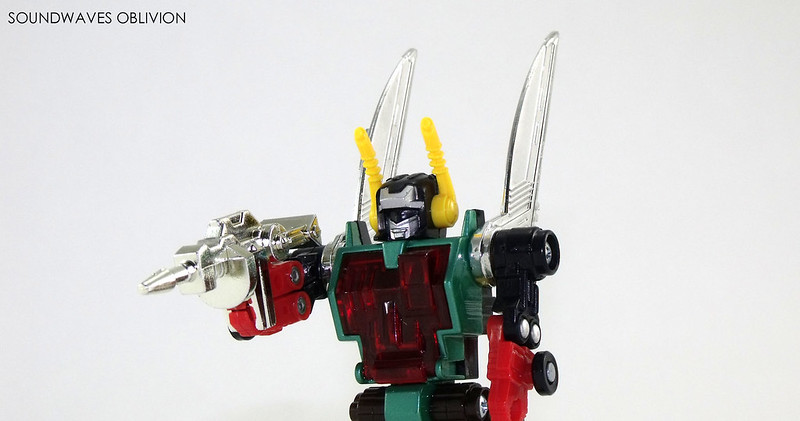 Profile (Translated from the Trading Card)
Function: Invader
Transformation: Grasshopper
Ability: One form of the clone soldiers mass-produced by the Insectrons' self-replicating capability. Possesses almost no individual personality or thinking capacity, instead acting in a swarm with its identical clones. Furnished with physical abilities equal to its original template, the espionage operative Kickback, but conversely, has extremely low intelligence. Invades enemy territories in great numbers, haphazardly destroying buildings, focusing purely on consuming resources and food and carrying them off as raw materials for Energon cubes.
Weapon: Electrothermic Blast Tube 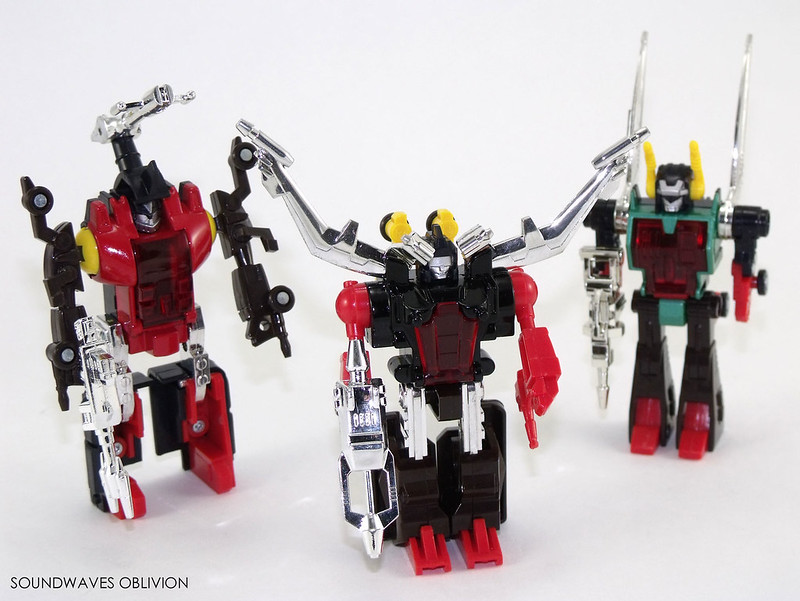 Throughout Takara's "Transformers Collection" reissue series between 2002 and 2006, many of the figures were repainted and released by e-Hobby and their designation numbers followed on from Takaras initial 1985 toy line. 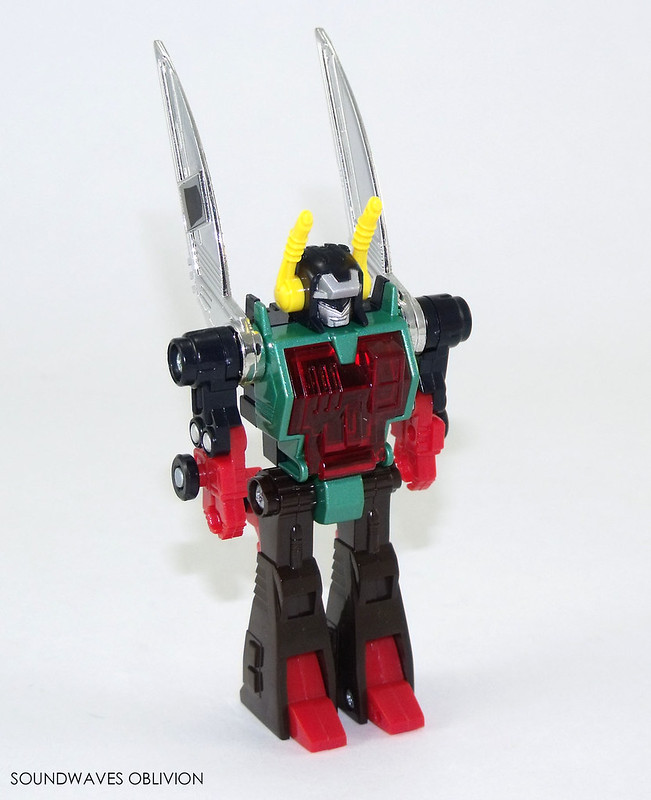 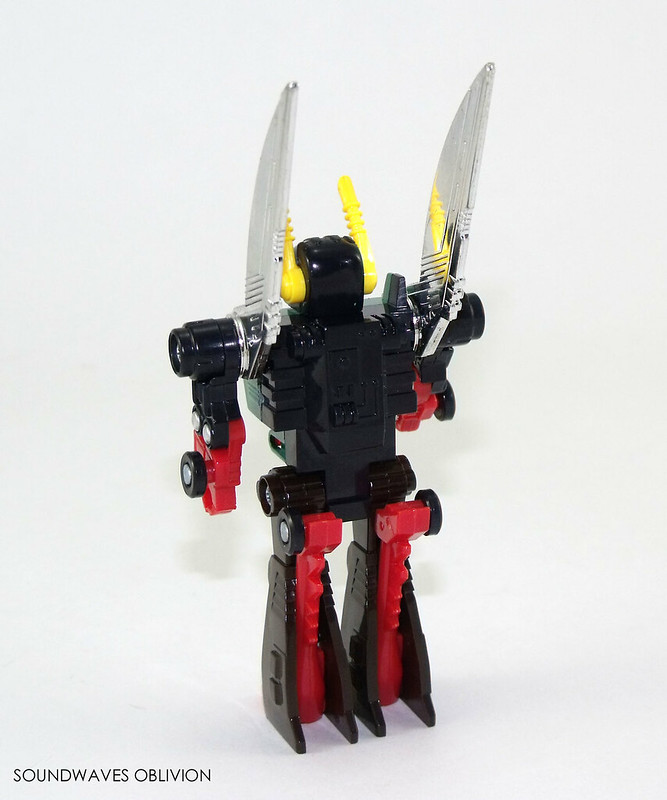 In 2004 the 3 Insecticons, Kickback, Bombshell and Shrapnel, were reissued in a box set and e-Hobby also released the exclusive Insectron Clone Army #76 box set for 3500 Yen. The set contains all 3 Insecticons as new characters, Shot Hole (Kickback), Salvo (Bombshell) & Zap Trap (Shrapnel). The colours are based on their original appearance in Takaras Diaclone toy line - Shot Hole / Kickbacks original name in the Diaclone line was "Battas". 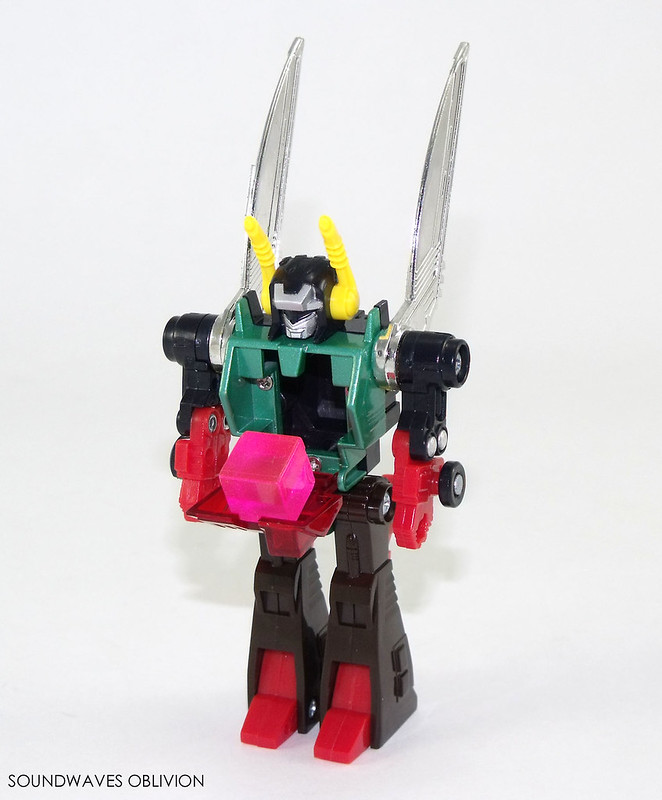 Shot Hole #73 is redeco of Kickback with a green torso, brown legs and a red chest, arms and feet. Just as the with the straight reissue it is nice to see the grasshopper wings have the original pointed ends unlike Hasbros 1985 version. 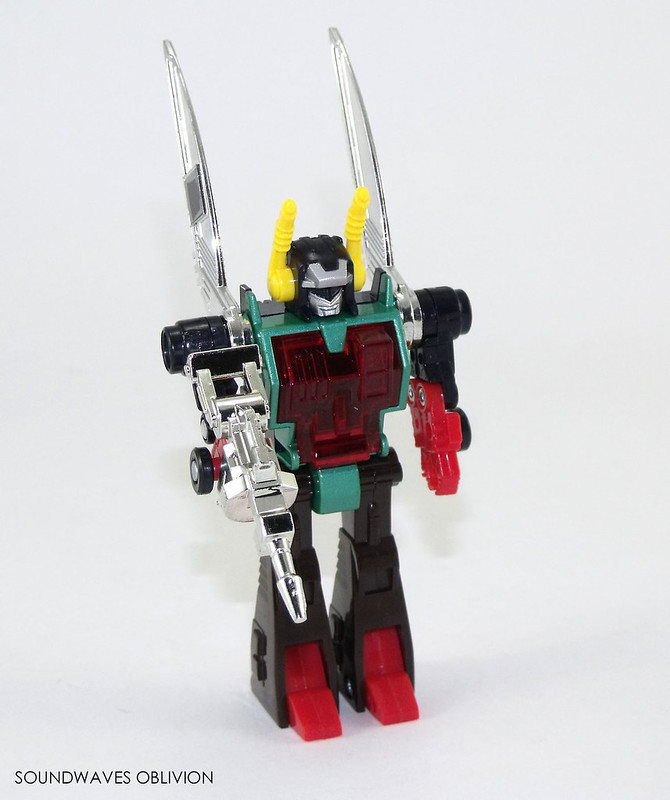 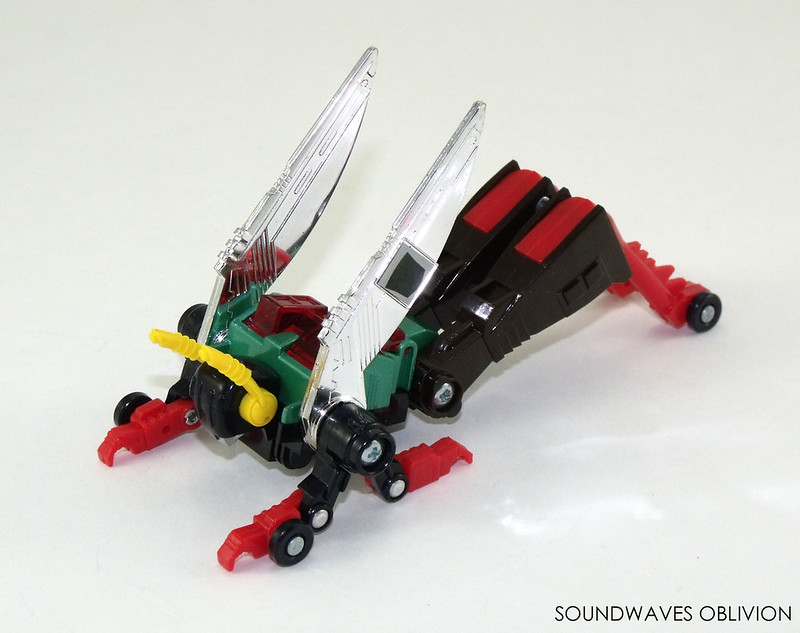 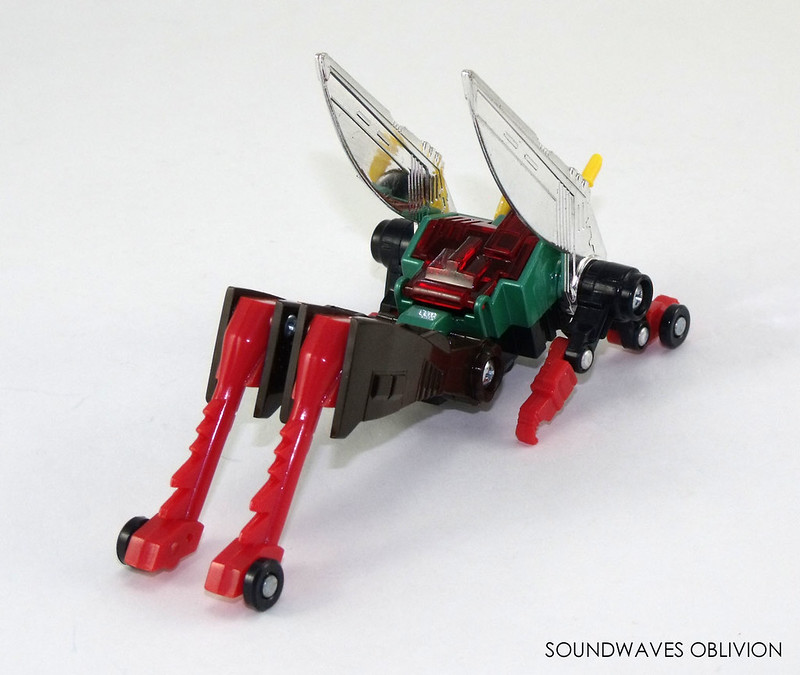 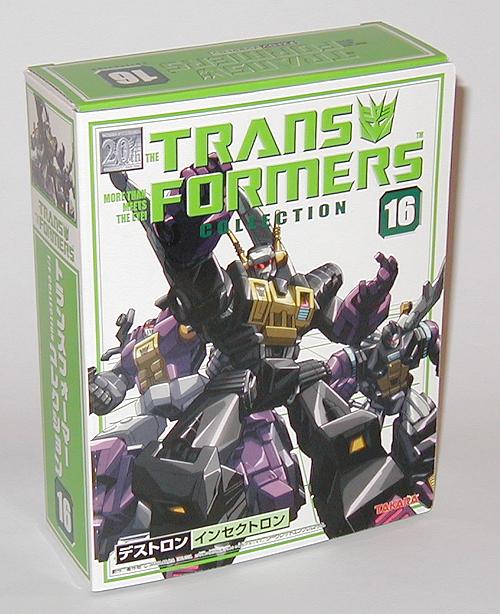 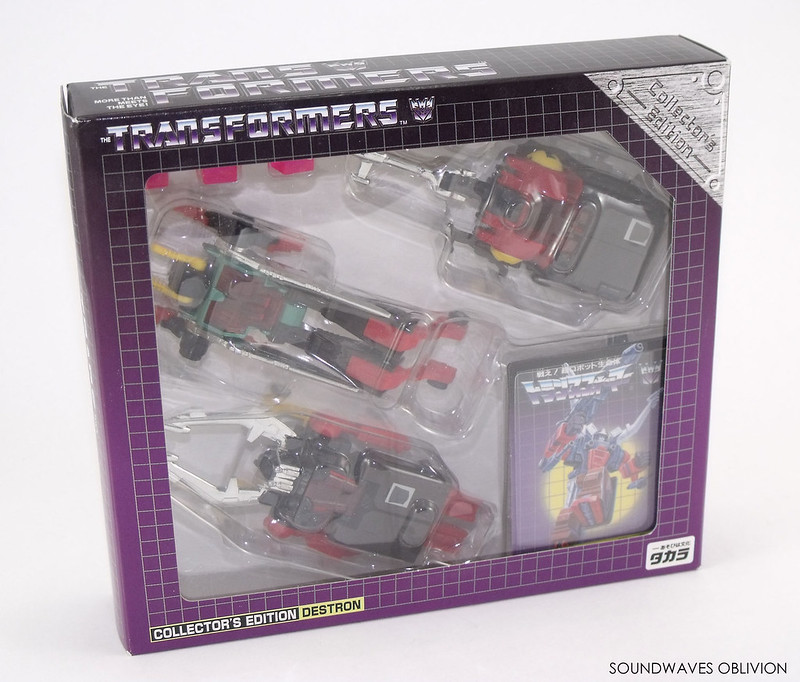 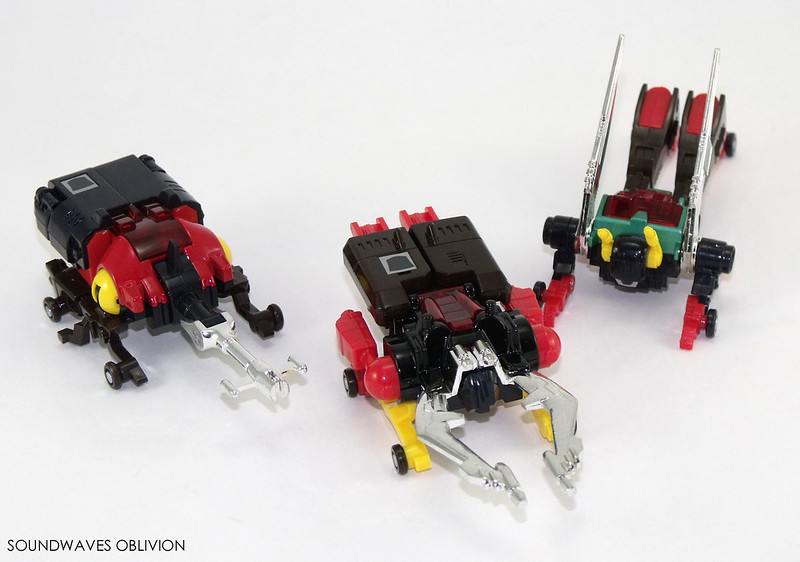