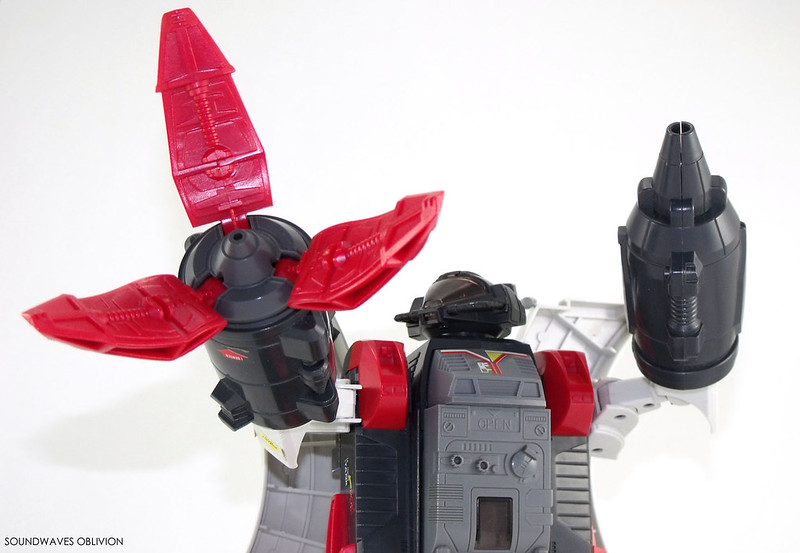 
Grandstand Motorised Convertors: Omegatron
The Convertors released by Grandstand in the UK in 1985 (see previous article) were a small number of transforming figures picked from a variety of toy lines from toy companies Takara, Yonezawa and Toybox.

Grandstand licensed Omegatron from Toybox for distribution in the UK in 1985 (which could have been why Hasbro were unable to release Omega Supreme in the UK). Due to the size and play-set nature of the figure Omegatron was made the centrepiece and the leader of the evil Convertors. It came with a high price tag as well, with a recommended retail price of £30.95 which is around £88 in modern currency (or $135 USD). 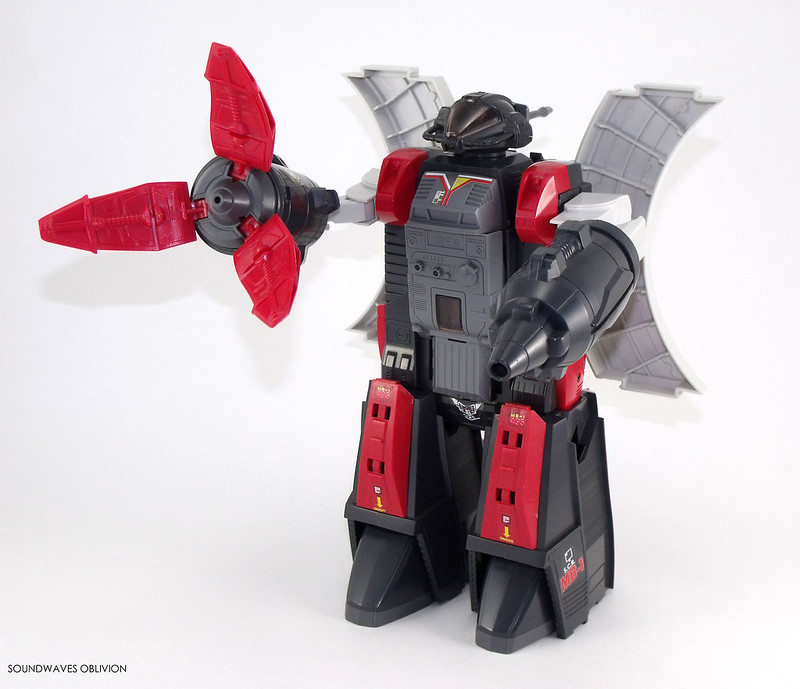 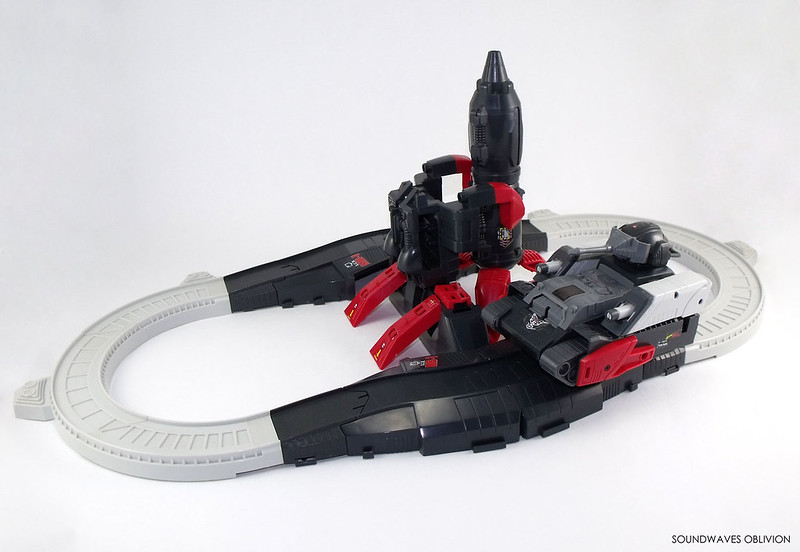 Omegatrons instructions displays 12 more variations of the "Power Wings" in robot mode as well as 4 more variations with the tank mode and encourages you to create your own variations. As one of the 4 motorised Convertors, Omegatron takes two AA batteries and in tank mode it rolls forwards with the turret spinning round and flashing red whereas in robot mode it can walk forwards with a flashing red light in the robot face. Omegatrons arms are quite articulated for a toy of this era but the rest of it is a brick which is understandable due to its walking gimmick and its transformation.

Below are further details and technical specifications from Omegatrons instructions:- 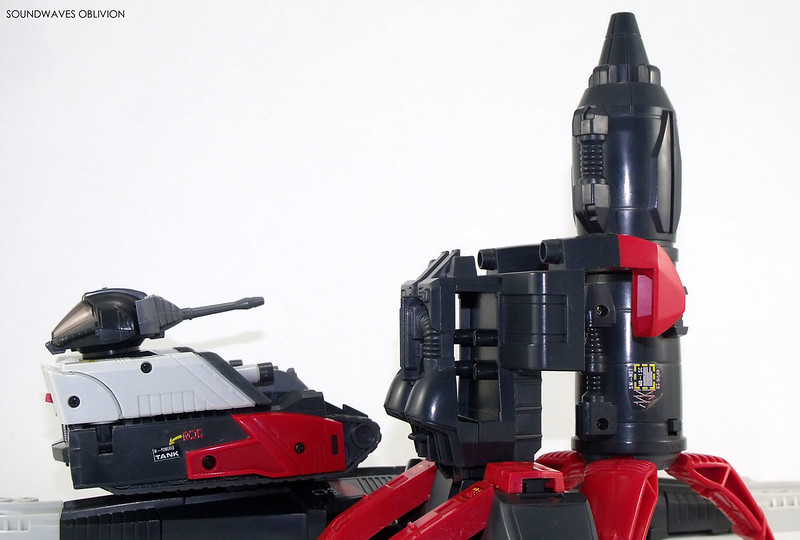 At the time of writing Omegatron is easily obtainable on the secondary market and is considerably cheaper than the original Omega Supreme or its 2008 reissue. If Mechabot-1 is out of your price range Omegatron is a good alternative, the only difference being the packaging.

The original version was called "Super Change Robo Mechabot-1" and was released in Japan in 1984. The actual toy design was created on behalf of Toybox by Junichi Ishikawa who worked for Tomy. The reason Tomy passed the toy to Toybox was because they had captured the market with children's train sets; rather than complete Tomy and Toybox were partners. However Mechabot-1 didn't sell as well as initially anticipated and the other planned motorised robot, Shuttle Dinosaur, also created for Toybox by Junichi Ishikawa, never saw a release in Japan (until 2008 in the Transformers Encore series).

With the failure to sell to the domestic market, Toybox then took the Mechabot-1 to several overseas companies and it was licensed to Hasbro, Grandstand (UK), Gama (Germany), Orli Jouet (France) and GiG (Italy).
Additionally Hasbro also took the Shuttle Dinosaur from Toybox and introduced it in the Transfomers 1986 toy line as Sky Lynx.

Grandstand and Gama were possibly the first to release the Mechabot-1 in the UK and Germany respectively. The Grandstand Convertors Omegatron toy is identical to Mechabot-1 but the Trans Robot toy had a few alterations yet the design of the Trans Robot box was the same as Mechabot-1 (with the addition of the radar on the photograph of the tank).

The name of Gama's Trans Robot, especially the font, took a few liberties from the Transformers brand. Additionally, Gama's version did not feature the gun at the back of the robot head; possibly down to censorship. The gun assembly has not been remoulded but they have been crudely cut off and a new radar dish attachment comes in the box. Additionally the Trans Robot red claw has a more purple tint to it.

Hasbro wanted their version of Mechabot-1 to join the Autobot ranks and in order to do so they had to make changes to the robots colours. Dark grey and red in colour, Mechabot-1 could be seen as a Decepticon, with a change to light grey and yellow it was renamed Omega Supreme and released in Hasbros Transformer line in North America.

GiGs Megarobot and Orli Jouets Robotrack Mecabot did not follow Grandstand and Gama in replicating the original Mechabot-1, instead these releases are identical to the official Transformers release from the box art (including Autobot logos), instruction sheet to the actual figure, although the sticker sheets did not include the Autobot logo.


Other than the Omega Supreme box art, there is no Hasbro trademark on either GiG or Orli Jouets boxes. Both of the GiG and Orli versions copyright stampings have been blanked on the underside of the main tank body, yet these are "official" licensed releases.


If the factory producing the figures had to make a running change with the colours for Hasbros Omega Supreme, it may explain why the French and Italian versions were identical to Omega Supreme.

Whether or not Hasbro allowed GiG or Orli Jouet to use the likeness of Omega Supreme is unknown. The box art on Orli Jouets version is the closet to Hasbros release, even down to using the Transformers font.


The Orli Jouet box even features text saying "Vu à la T.V. / As seen on T.V." and there was a French television advert using the American Omega Supreme TV commercial.


In the early 2000's Takara faced bankruptcy but were rescued in 2006 when they merged with fellow Japanese toy company and competitor, Tomy, to form Takara Tomy (the company is still called Tomy outside of Japan).
In 2007 Takara Tomy once again began reissuing selected Transformer figures in the Transformers Encore sub-line. Among the lineup was Omega Supreme, released in 2008 this was its first ever release in Japan. The merger of the two companies had given access to the original moulds produced for Toybox, including Sky Lynx, another figure which never saw an original release in Japan.

The reissued Omega Supreme was near identical to the original apart from the Autobot logo printed on the chest rather than a sticker and a newly moulded face to be more cartoon accurate though this was only a pair of eyes and a nose. Additionally a further character was released using the Omega Supreme mould - Gadep (Groundling Auto-Destruct Powerbroker) based on the Guardian robots seen on Cybertron in the 1985 Transformers cartoon episode "War Dawn". Gadep was only available as an e-Hobby exclusive.

Mechabot-1 wasn't without knock-offs; several were produced including one strange oddity. Three knock-offs: "Mechabot-1" (English box text), "Space Tank" and "Cosmos Robot" had boxes almost identical to the original however inside the box of all three was a blue and grey robot with chromed parts and yellow tracks.

There were however variations; the Mechabot-1 KO also featured a robot with colours identical to the original Mechabot-1 (see below).

The "Space Tank" version also appears to have two variants, one where the tank body is grey unlike the usual blue of the KO's, and the second variant has a light grey body with dark grey legs - almost a mixture between Mechabot-1 and Omega Supreme.

The fourth knock-off called "Space Tank" had a Transformers styled box but the robot inside was identical to the other three aforementioned knock-offs.

The fifth knock-off called "Super Combination Robot" is a mixture of transforming robots of very poor quality. Its hardly identical to Mechabot-1, but has a remoulded tank section, changeable heads, one of which is Mechabot-1's head, a remoulded back-pack which now contains electronics and remoulded outer leg halves. Its a very ugly combination, a full review can be found about this figure here at Collection DX. There appears to be two versions of this toy, one boxed and the other on blister card. 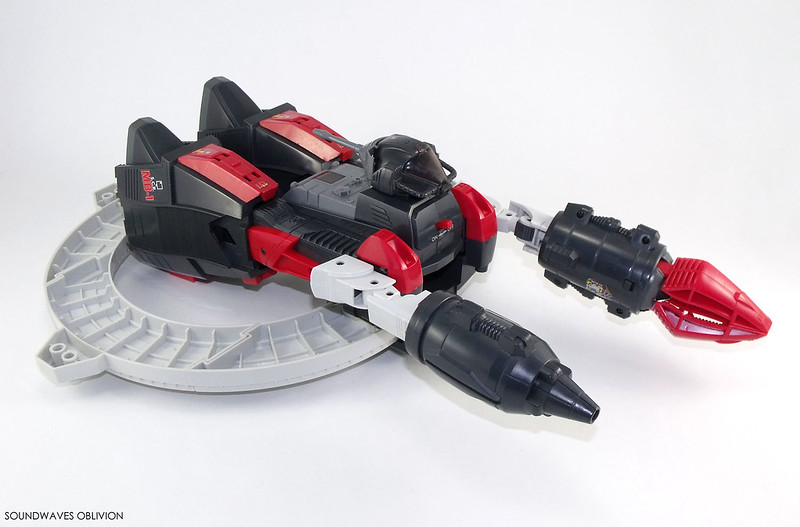 Special Thanks to Maziar "Maz" Shahsafdari & Marco "Puffmarko" Salerno for taking the time to assist with this article.
Posted by Jeremy Barlow at 21:24